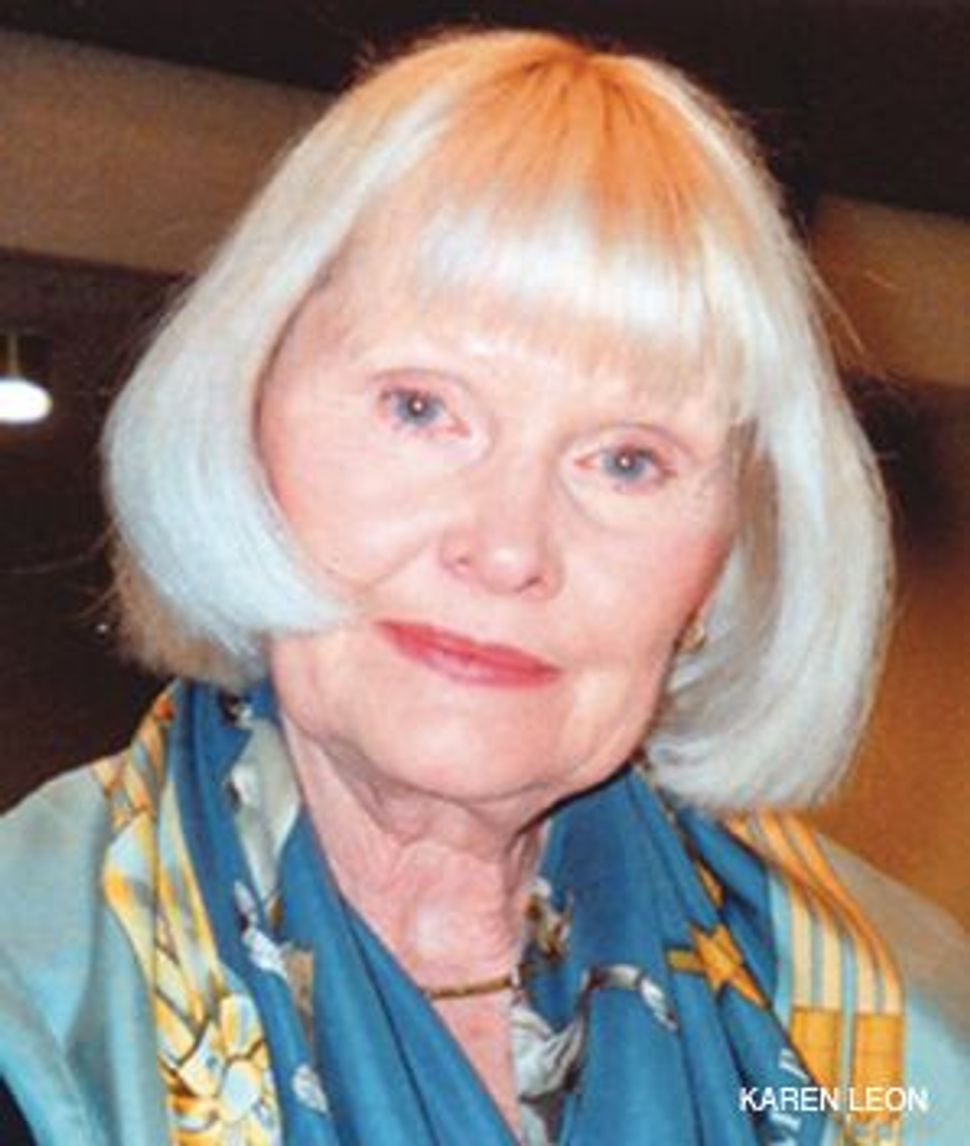 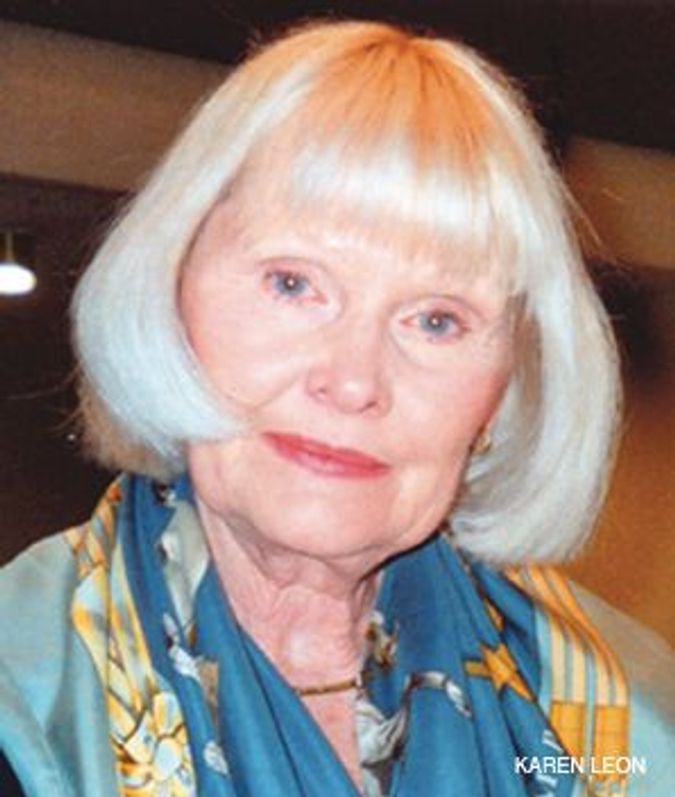 “I’m the man who accompanied Janice to New York,” joshed Israel’s United Nations ambassador, Dan Gillerman, addressing the guests at the Intimate Lunch he and his wife hosted March 13 at their Fifth Avenue residence. “When I took the job five years ago, I was told I’d be hated every day I walked the halls of the United Nations. I walk with my head up high! I represent a country far better than most. A country that is a beacon of excellence not only for the region but the rest of the world, that makes the desert bloom and broken limbs move.… Criticism does not bother me. What bothers me is hypocrisy.” Referring to the recent massacre in Jerusalem in which eight Israeli students were killed, Gillerman noted: “We went to the Security Council and asked for condemnation. After six hours — no condemnation, [they] needed consensus. Fourteen members agreed; one member — Libya — blocked it.”

Following a scrumptious Israeli buffet, Drama Desk Award-nominated playwright, actor and director Iris Bahr wowed the guests with her astonishing portrayal of several characters from her one-woman show, “DAI” (Enough), in which she morphs into 11 Israelis — men and women of all shapes, sizes and classes who span the ideological spectrum of Israeli society — in a Tel Aviv café moments before a suicide bomber enters. Also highlighted at the luncheon was the planned $2 million state-of-the-art Breast Care Center at Rabin Medical Center, for the diagnosis and treatment of breast cancer. In Israel, about 4,000 women are diagnosed each year with this disease, most of them more than 50 years old. Thanks to improved primary care and cutting-edge radiation equipment, 950 women die annually in Israel from metastic breast cancer, a much lower incidence than 30 years ago.

“Everything to you must be offensive — my accent, the tone of my voice, the way I look,” said Liesel Appel, daughter of Wilhelm Steffens, Hitler’s minister of education in Poland, as she addressed an entranced audience at the March 26 EMUNAH of America-sponsored “The Power of Good,” a Holocaust essay competition by students of elementary and high schools, during the Holocaust tribute at the Fifth Avenue Synagogue. Appel recalled that in 1941, her parents “answered Hitler’s call that more children be born, even though they already had a 20-year-old son fighting in the navy.… When I was born, my father is said to have shouted: ‘Heil Hitler! This kind [“child” in German] is our gift to the Fuehrer.’” Wincing, Appel said, “My father, who was so eager to teach me his wisdom, closed Poland’s schools, since Polish and Jewish children were no longer entitled to education.” She noted that her father’s friend had been the governor of occupied Poland Erich Koch, who was condemned to death for the murder of 500,000 Jews and Poles (he died in a Polish jail in 1988). Appel recalled how, after reading Elie Wiesel’s book “Night,” “I wanted to find out about this faith which was so strong that it saw people through the horrors of the concentration camps.… Then I fell in love with… the meaning of Shabbat, the transforming of the ordinary and making it holy… I converted in 1990.”

Appel’s guilt-wracked life trajectory includes her dismay when she discovered that the 200 Jews of Bottrop (where she was born) had been deported to their death. It is to their memory that she has dedicated her 2005 book, “The Neighbor’s Son,” in which she details her unrelenting search for Edgar August Mayer, son of Willy and Faiga Dobra Meyer of Bottrop. Edgar was thrown, as a baby, from a balcony in 1938 during Kristallnacht. Appel chose poverty rather than to use her German inheritance. She married a black musician who, she said, “desired integration into white society… [I] traveled to Africa many times, living in the bush with native tribes worshipping their ancestors. I changed my name to Liza Scotland [and] never spoke to anyone in my mother tongue.” She said that during her 20-year marriage, “neither my husband nor my children knew anything of my background.”

Many in the awestruck audience — which included Holocaust survivors and their children and grandchildren — were brought to tears when Appel concluded: “I hear your pain. I see your tears. There are serious consequences, and the effects of hatred, prejudice and racism are far reaching on generations of victims and perpetrators as well as on our whole planet. The tragedy of the Shoah belongs to all mankind, not just Germans and Jews.” Appel now lives in Asheville, N.C. with her [Jewish] husband, Dan.

This annual event was co-sponsored with the Jossi Berger Holocaust Center, and was chaired by Cecelia Margules, who also wrote the lyrics and music, with Rami Yadid, for “Angels in the Night,” performed that evening. The program included opening remarks by the Fifth Avenue Synagogue’s rabbi, Yaakov Kermaier, and readings by Mindy Stein, national president of EMUNAH of America. Cantor Joseph Malovany sang “Kel Malei Rachamim” and concluded with a candle-lighting ceremony, in which I was asked to participate.

Another memorable treat was the awards ceremony honoring the winning essays in “The Power of Good.” The caliber of the writing, artistry, depth of content and articulation by these youngsters — many of whom are grandchildren of Holocaust survivors — impels me to list them all and to acknowledge their participation to the chain of memory and continuity:

Adam Brodsky resented a detailed chronology of Wallenberg’s rescue efforts and his postwar disappearance in a Soviet prison in 1947.

Hannah Dreyfus, Bruriah High School, prepared “My Turn,” an interview with a Holocaust victim who found the courage to survive Auschwitz from of a child and an act of kindness.

Tamar and Masha Ehrenreich, Tag High School, wrote “A Child’s Hope,” a memoir in verse about surviving as a child in a concentration camp.

“A Helping Hand” by Raquel Elmann, Yeshiva Shaare Torah, recounts the survival of a 15-year-old boy — now her 90-year old grandfather — whose life was saved when someone risked being shot to save the youngster during a death march.

Dara Feinberg, Shulamith High School for Girls, penned a comprehensive tribute to the remarkable Jan Karski, the Polish diplomat who entered the Warsaw Ghetto and brought to the world his eyewitness reports of the destruction of Polish Jewry.

Jennifer Herksowitz, Maayanot Yeshiva High School for Girls, wrote “A True Believer,” a poem in memory of a nameless Catholic who saved a Jewish life. (This one got me teary-eyed. My mother and I were saved by a nameless Polish Catholic woman who risked death for herself and her family to hide us, yet refused any kind of payment, stating, “It is my Christian duty.”)

Moishy Kalmenson’s “Jar of Life” showcases Irena Sendler, a member of the Polish Underground organization Zegota. She put the real and fake names of the 2500 Jewish children she had saved into a jar and buried the jar in her yard so that the Gestapo would not find the children and return them to the Warsaw Ghetto.

“Andre Trocme” by Rivka Last, Jewish Foundation School, highlights the French pastor who saved Jews in 1942 in the French town of Le Chambon-sur-Lignon.

Sholom Prager, Yeshiva Tefires Moshe, penned the poem “Sugihara,” which pays tribute to the Japanese consul general in Lithuania who issued visas that saved 6,000 Jews (including my mother and me).

Naomi Rogol, SCHA, presented a tribute to Andrey Sheptysky, metropolitan archbishop of the Ukrainian Greek Catholic Church from 1941 to 1944. Sheptysky organized anti-Nazi Christian and resistance movements. He wrote to Pope Pius XII and railed at the mass murders of Jews. He also organized a group of nuns and priests to issue fake baptism certificates that kept 200 children hidden in cathedrals, convents and monasteries.