A Waning Interest in Rabin Memorial 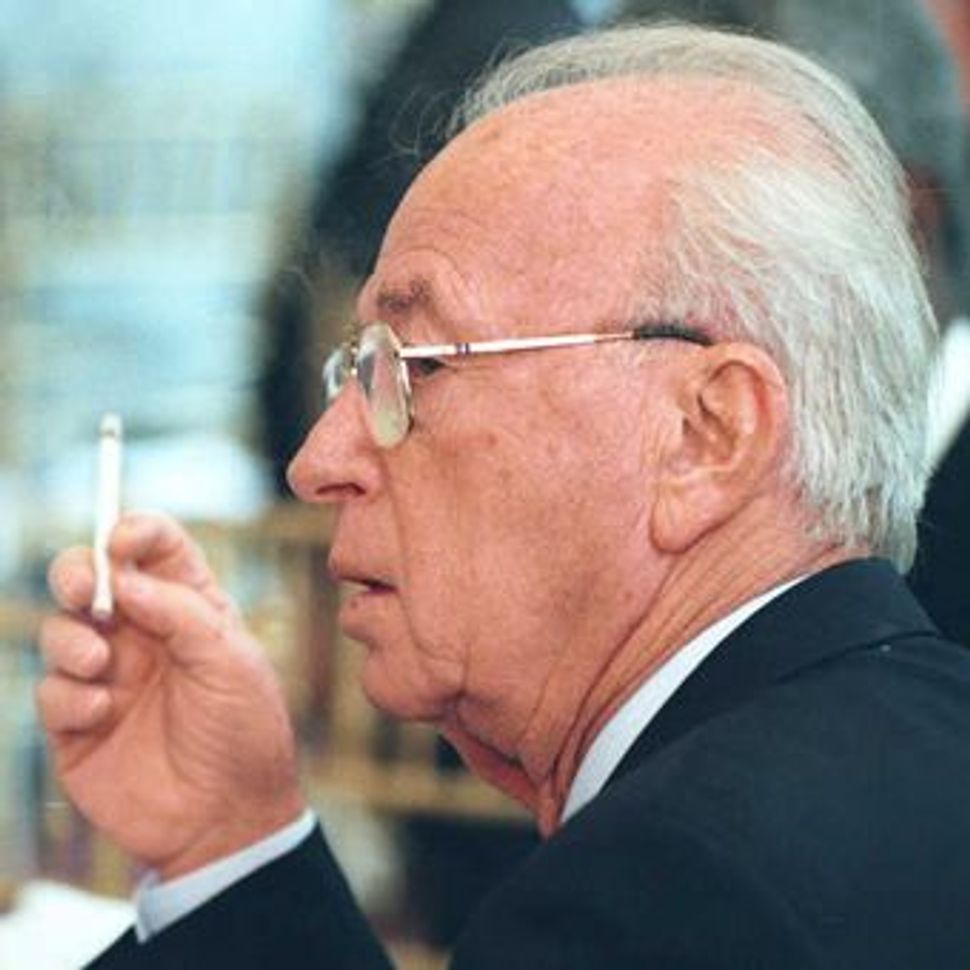 Anniversary: The 15th anniversary of Yitzhak Rabin?s assassination features a smaller com- memoration as even his admirers question the usefulness of the obervance in its present form. Image by Getty Images

Memories of Yitzhak Rabin and the national trauma of his assassination seemed to be fading as Israel approached the 15th anniversary of his death. 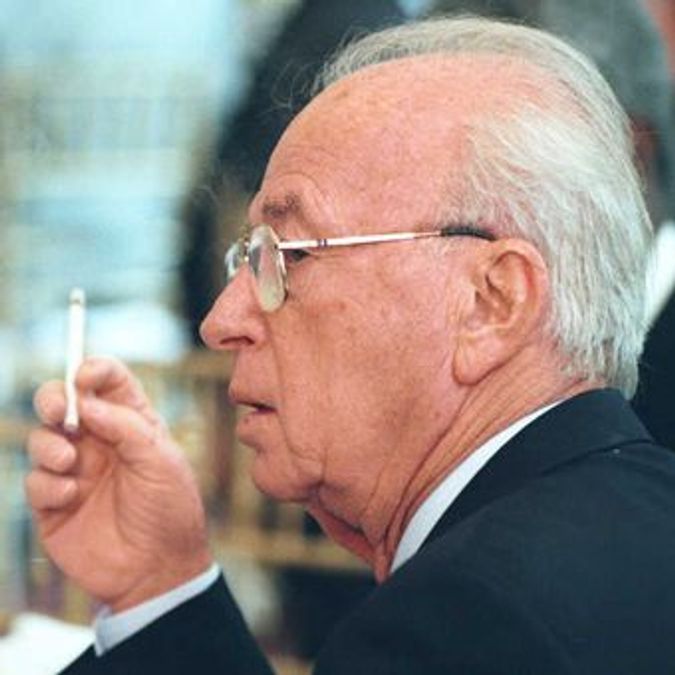 Anniversary: The 15th anniversary of Yitzhak Rabin?s assassination features a smaller com- memoration as even his admirers question the usefulness of the obervance in its present form. Image by Getty Images

Ahead of the anniversary of Rabin?s death on the Hebrew calendar, which occurred on Heshvan 12 (October 20 this year) and the Western calendar anniversary of November 4, Labor Party lawmaker Einat Wilf proposed that her party becomes less focused on its former leader. Wilf urged removal of the large picture of Rabin hanging on the conference room wall of her party?s Knesset faction.

?Rabin, assassinated, has come to be defined by what he could have done,? she wrote in the Jerusalem Post. The Labor Party, she wrote, must ?leave behind 15 years of mourning and return to the day before, to November 3, 1995, when we passionately believed in our ability to shape a future for Israel, and in our duty to do so.?

Meanwhile, with numbers shrinking each year at the annual Rabin memorial rally at the Tel Aviv square where the assassination took place, the organizing committee announced plans to overhaul ? or, as local media have characterized it, downsize ? the event.

In a further sign of waning public interest in the annual rally, this year?s gathering, to be held on October 30, is the first that will not be televised by any of the major television channels. As things stood at press time, only the smaller cable station, Channel 8, planned to broadcast it.

Some of the people who were closest to Rabin share this analysis. His daughter, Dalia Rabin, said at an I.D.F. event shortly before the anniversaries: ?Fifteen years have gone by since the murder, and those who enlist [in the military] today do not even remember where they were on that horrible night? the night on which Israeli democracy was almost killed. For them, and for a million and a half students, the murder is a page in history books.?

Rabin?s latter-day political ally, Yossi Sarid, the former lawmaker who promulgated the Yitzhak Rabin Memorial Day Law mandating annual commemoration, went so far as to deem his own law a coercive measure for a nation uninterested in commemorating Rabin. ?Today I admit my mistake: It?s an unnecessary and even harmful law,? he wrote in Haaretz. ?It?s not right to use legislation to impose a day of pain and anger and horror on those who don?t feel as I do. Why force those who scorn him all year long to honor him one day a year??

In Sarid?s view Rabin?s path has become ?deserted.? He wrote: ?Not only have his enemies shaken off responsibility, his partners and successors have also betrayed him.?

One of Israel?s best-known public intellectuals, Yedidia Stern, has proposed transforming the death anniversary from a day of mourning into ?Israel Democracy Day.? Stern is vice-president of the Israel Democracy Institute, a law professor at Bar Ilan University ? where Rabin?s assassin, Yigal Amir, was a student ?and head of the Education Ministry committee that sets the curriculum for citizenship classes in Israeli schools.

?Many Israelis are not there in terms of remembering the person Yitzhak Rabin,? he told the Forward. But the lessons learned from his murder ? namely that national debate must be carried out through democratic processes ? are timeless and resonate with everybody, he said.

Stern proposes that public events for ?Israel Democracy Day? would ?not hide Yitzhak Rabin and the assassination but use them as educational tools.? In his view, it would represent a maturing of the way Israel relates to the assassination. ?The theme should not look at what [assassin Yigal Amir] did to us but what we can do to ourselves.?

Ben Gurion University?s Feldman thinks that ?Israel Democracy Day? would be ?even more pareve than what we have now.? In his view, the waning of public interest in the anniversary is not part of an inevitable historical process, but a result of ?the left?s allergy to ritual.?

He elaborated: ?They were unable to create ritual forums that would broaden the appeal of his message without diluting the message.? He said that, by contrast, the Israeli right is very effective at popularizing a cause beyond its followers, without losing control of the narrative that is disseminated. He gave the example of City of David, a settler-run historical park in Jerusalem that attracts visitors from across the political spectrum and communicates its right-wing agenda to them.

In addition to the discussion over how to mark Rabin?s death anniversary, there is growing debate over what should be remembered about Rabin ? the nature of his legacy.

When Prime Minister Benjamin Netanyahu spoke at a special Rabin memorial session in the Knesset, he presented a very different Rabin from the one remembered at the Tel Aviv rallies ? a Rabin who was, politically, to Netanyahu?s right. ?When referring to the Palestinian entity that would be established, Rabin spoke of ?less than a state.? I don?t know what he meant at the time. Today we speak of a demilitarized state that recognizes the Jewish state,? said Netanyahu, contrasting Rabin?s policy with his own.

Others on the political right have made efforts this year to claim ? or, in their view, to reclaim ? Rabin?s legacy. A pro-settler group called Mattot Arim sent a letter to Labor Party offices, accompanied by a 1993 Time magazine interview in which Rabin stated his opposition to a Palestinian state. The letter said: ?We call upon you to sober up, to return to the Rabin legacy, and for each of you to say these words, which are so important to the security of Israel and Israeli citizens [quoting from the interview]: ?I oppose the establishment of a Palestinian state.? ?

But popular wisdom is that prior to his death Rabin had come round to the idea of a Palestinian state. According to Arye Rattner, a Haifa University sociologist who has studied the way Israelis relate to Rabin, statements like Netanyahu?s constitute ?absolute manipulation, because this was not Rabin?s true vision.?

A Waning Interest in Rabin Memorial