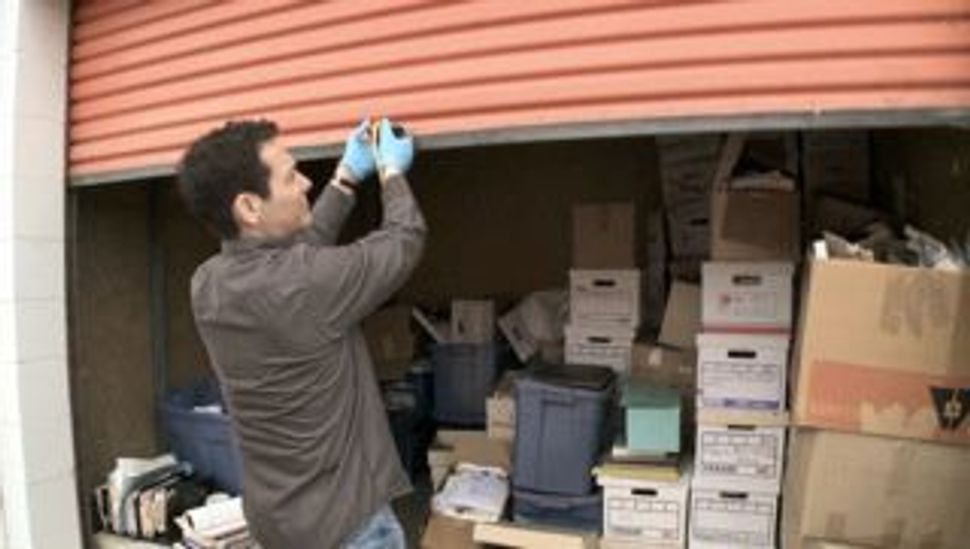 Little Piece of History: Feinstein scavenges for sheet music in need of preserving. 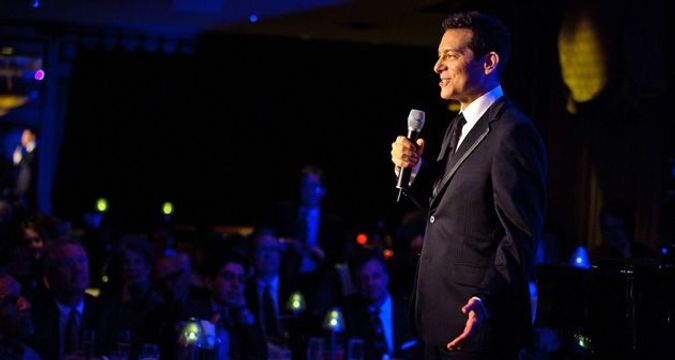 Man of Many Talents: Pianist, singer, composer, entrepreneur and artistic director are a few of Michael Feinstein?s many titles. Image by MARC BRYAN BROWN / PBS

A show business term for people talented in more than a single discipline, “multi-hyphenate,” clearly defines Michael Feinstein. He is a pianist and singer who performs about 150 live shows annually; a recording artist with five Grammy nominations to his credit, including one for his CD with the Israel Philharmonic Orchestra; a composer currently working on several Broadway shows; an entrepreneur who runs an eponymous supper club, Feinstein’s, at the Loews Regency Hotel in New York, and the artistic director of music programs at both Lincoln Center in New York City and the spanking new Center for the Performing Arts in Carmel, Ind.

Despite this lengthy list of accomplishments — a list he added to in September with the release of “Fly Me To The Moon,” recorded with legendary guitarist Joe Negri — Feinstein says that he is most proud of his efforts to preserve the American songbook. “I think the most important thing I’m doing is passing [the songs] on to another generation.” 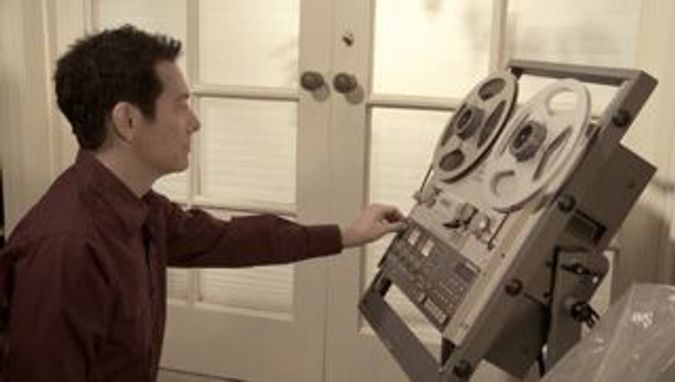 He defines these as songs composed mostly from the late teens to the early 1960s. Their “eloquent expression of the human condition through lyrics with a focus on melody and harmony [makes them] special,” Feinstein said. “These songs have outlived their time because they contain fundamental truths.”

The songs were recently the subject of a three-part series, “Michael Feinstein’s American Songbook,” that aired on PBS in October. In addition to performance footage featuring both Feinstein and the songs’ original interpreters, the program shows Feinstein scouring flea markets and storage facilities in search of old sheet music, recordings and videos in need of preserving. The audience sees him scan sheets of music into electronic form and convert records and tapes into CDs, all for a planned museum devoted to his rare American songbook-related memorabilia collection at the Carmel Performing Arts Center — something he says he’d be doing more of if it weren’t for those pesky performance dates.

Of course, the likes of Irving Berlin, Rodgers and Hart, Rodgers and Hammerstein, George and Ira Gershwin and so many other creators of the American songbook have more in common than just talent. They are Jewish, a fact that hasn’t eluded Feinstein.

“It [the number of Jewish composers] is out of proportion [to the Jewish population],” he said in a telephone interview with the Forward. “One theory is that most of these Jewish writers were first-generation Americans who wanted to embrace the language and culture in a way their parents couldn’t.

“Often their parents spoke broken English or no English at all. Their kids were proud Americans and wanted to embrace an art form unique to this country. 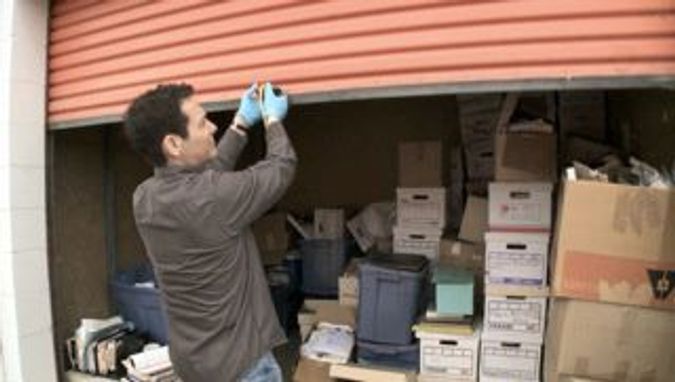 Little Piece of History: Feinstein scavenges for sheet music in need of preserving.

“The other thing about the Jewish songwriters is that the music business was a business that Jews could get into. It didn’t have prejudice or reprisals,” he said.

While the songs are quintessentially American, they are also often inalienably Jewish. Feinstein says: “A lot of the music these kids heard in their synagogues went into their DNA and their music.”

Feinstein was raised in Columbus, Ohio, in what he describes as a typical middle-class Jewish neighborhood. His might have been a typical Midwestern upbringing but for an entirely unexpected development: At age 5, he spontaneously started playing piano with both hands.

Understandably, his parents were amazed. “They were convinced that someone taught me how to do it, until they realized I had a gift.

Other show tunes followed, because that was mostly what he heard around the family record player. “In those days, every family had the great cast albums. Now only gay people do. My family had ‘Music Man,’ ‘Gypsy,’ ‘Fiddler.’ That was common among Jewish families,” he said.

His parents tried to get him to take lessons, but he refused — until later in life — to do anything so prosaic as learn how to read music.

It was the same with Hebrew school. “My parents dutifully sent me and went to temple regularly, but I was as resistant to learning Hebrew as I was to learning music. I didn’t understand the point of reading Hebrew,” he said.

Though he resisted formal training, he says, “culturally, I embraced Judaism very deeply.” In fact, he feels he appreciates it much more now than he ever could have as a child. Many of his memories from the ’hood are Jewish-related.

He recalls spending much time at the Columbus Jewish Community Center, working behind the scenes on theatrical productions, and many nights with family and friends listening to such albums as “When You’re in Love the Whole World is Jewish” and the songs of Mickey Katz and Lou Jacobi.

But he also remembers the first time he was called a dirty Jew. “I didn’t have a sense of contemporary anti-Semitism until I got into an argument with a classmate. I was so taken aback, I didn’t know what to say,” he explained.

It wasn’t the last time. A record industry executive told him to change his name if he wanted to be successful, because it was too Jewish. Feinstein refused.

But the experience reinforced his sense of Jews as outsiders. Asked about how Judaism has impacted him, he talks about how it is “culturally rich” and “deeply spiritual.”

Oh, yes, there’s something else that has impacted him: Jewish humor and words. The Jewish New York cadence is part of his act. “When I do my salute to Frank Sinatra, I use so many Jewish words, I tell the audience this is the most [Yiddish] ever used in a tribute to an Italian singer.”

Curt Schleier is the editor of tvsoundoff.com and filmsoundoff.con and teaches business writing to corporate executives.