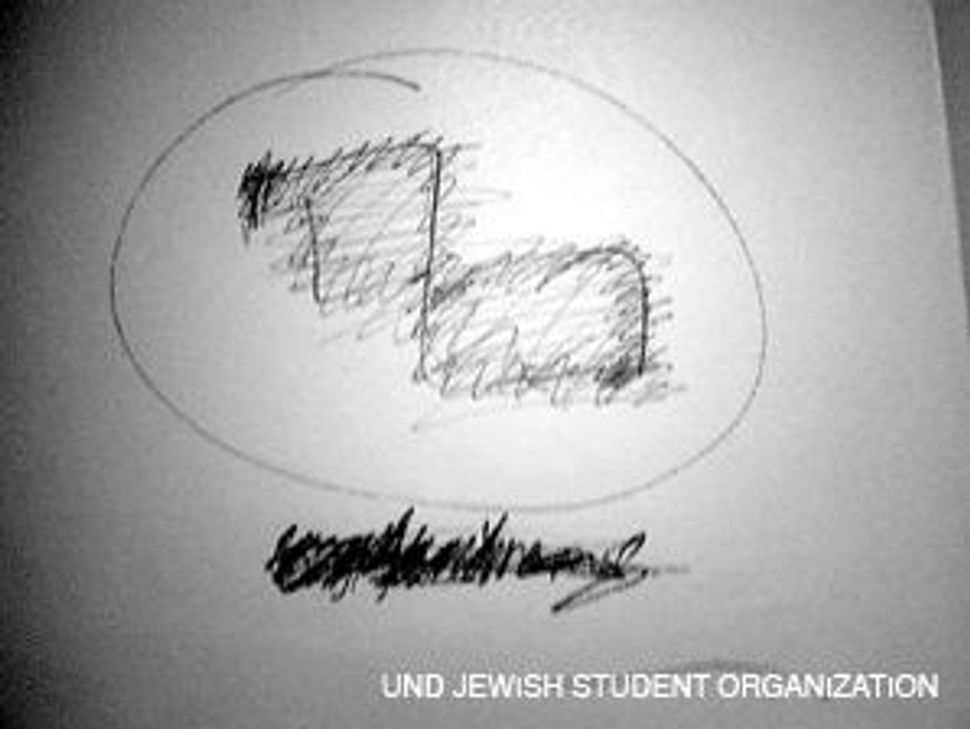 Jewish students at a midwestern university are accusing the administration of ignoring antisemitic incidents. 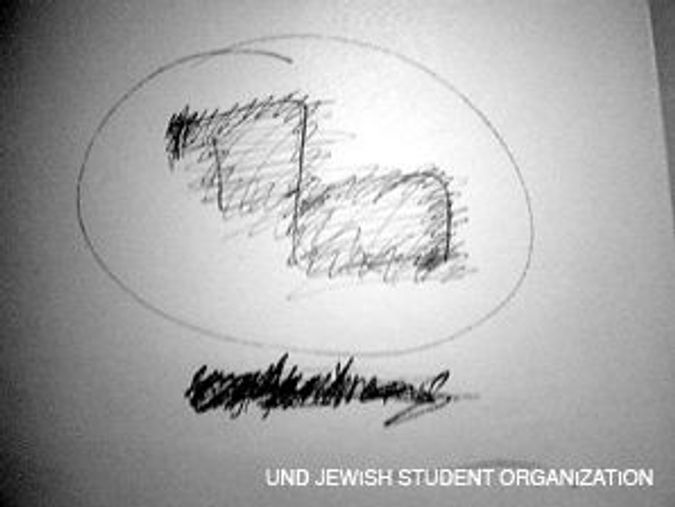 Jewish students at the University of North Dakota in Grand Forks say the university ignored weeks of complaints about antisemitic incidents on campus until the news was reported in local newspapers. One Jewish student has moved off-campus to escape harassment, and two others say that when they presented the university president with photographic proof of one of the incidents, he refused to acknowledge that the image depicted was a swastika.

Someone has now been charged in one of the incidents, but several other episodes are still under investigation. The Jewish students say they are waiting for an apology from the university.

The allegations are the latest for a university that has been plagued for the past several years by charges of insensitivity toward racial and ethnic minorities. UND has been embroiled in a struggle with the National Collegiate Athletic Association over objections by Native American tribes to the university’s athletic mascot, the Fighting Sioux. The university also made headlines several years ago when it accepted a $100 million donation from a casino mogul who reportedly celebrated Hitler’s birthday and stocked his office with Nazi paraphernalia. Now, Jewish students and their faculty adviser are saying that the university continues to demonstrate that it can’t, or won’t, protect minorities on campus.

“The fact that this blindsided them so much shows that there’s almost a denial that any of this exists on campus,” said Shannon Neegard, president of UND’s Jewish Student Organization.

Jews make up a tiny proportion of this Midwestern campus, with an estimated 15 to 20 Jews out of a student body of nearly 13,000 students, almost all of them white and Christian. Jack Weinstein, a professor of philosophy and religion and the faculty adviser of the university’s JSO, said that overt antisemitism on campus has not historically been an issue. Rather, he says, there is a “climate of uncomfortableness” embodied in myriad small gestures, including occasional attempts by students to proselytize, and professors who refuse to make allowances for Jewish holidays.

The atmosphere changed this year when Scott Lebovitz, a freshman in the university’s aviation program, came across a pair of swastikas drawn in the stairwell of his dormitory. Lebovitz says employees of UND’s residential services promised to report the incident to campus police. More incidents followed in the weeks thereafter, as Lebovitz says other students in his dorm taunted him, chased him, brandished pellet guns and wrote “Scott is a Jew” in ice cream on the elevator door. When he went back to the police in late March to report another complaint, he found that the first complaint was never filed.

Lebovitz says he became so intimidated that he began locking himself in his dorm room, afraid even to use the bathroom. Finally, in mid-April, he moved out of the dorm room and into his fraternity house.

Weinstein, Lebovitz and other JSO students complained to the administration, but after finding the university’s response unsatisfactory, the students decided to take their story to the media.

After the story broke in the campus newspaper and in the local Grand Forks Herald newspaper, Weinstein and two students met with UND’s president, Charles Kupchella. When they showed Kupchella a photograph of one of the scrawlings found in a dorm, Kupchella refused to call the image a swastika, or even to say the word “swastika” during the meeting.

“He refused to say it was a swastika. He said, ‘I have no idea what that is,’” said Martin Rottler, a former president of JSO who attended the meeting.

UND spokesman Peter Johnson said that Kupchella refused to label the image because he didn’t have enough information about the incidents and didn’t want to prejudge the issue.

Kupchella was also the president in 2000, when casino magnate Ralph Engelstad threatened to withdraw a $100 million gift to the university if it acceded to the wishes of Native American tribes and dropped its Fighting Sioux mascot. Engelstad had already brought the university under fire a decade earlier, when media reports appeared saying that had had thrown parties on Hitler’s birthday and that his office featured matching portraits of himself and Hitler in uniform. A university commission that vetted the gift declared that Engelstad was guilty only of “bad taste.” In both instances, UND accepted the gift.

Weinstein argues that the recent battles with the NCAA over the Fighting Sioux logo have left UND officials so cautious about the university’s image that they will not acknowledge bias for fear of giving fuel to the school’s critics.

Johnson said the university was simply waiting for police investigations to play out before taking its own actions.

Based on findings by the university police, the Grand Forks County state’s attorney’s office announced on April 29 that it was charging a UND student, Spencer Garness, with a misdemeanor for the ice cream incident. Meanwhile, the police continued to investigate several other bias incidents on campus.

Lebovitz and the other students say they want UND to issue an apology and comprehensive hate-crime policies. Lebovitz is also considering legal action.

Weinstein said that every year, he gets e-mails from Jewish parents asking if their children will feel comfortable at UND. He has always responded that though it is difficult, the Jewish community is strong and whatever problems exist are tolerable.

“I can’t write that anymore. I cannot in good conscience encourage students to come to UND,” he told the Forward. “That breaks my heart.”