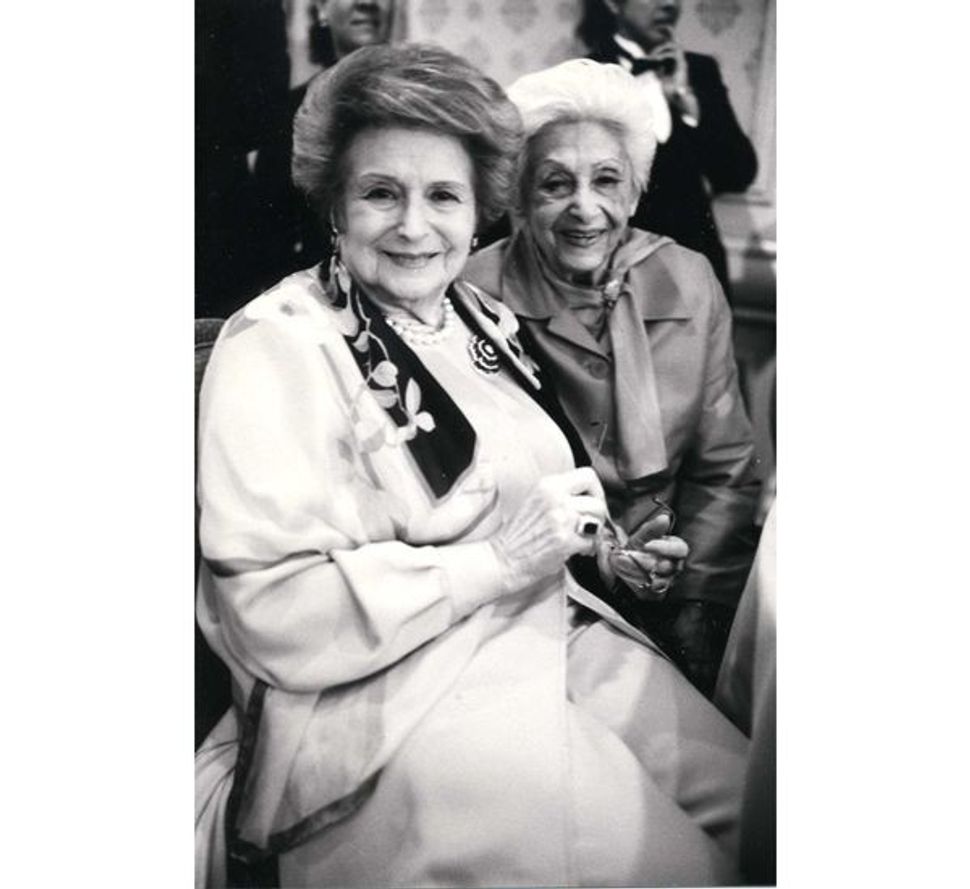 Esta Salzman, the last actress to be part of New York City’s Second Avenue musical theater scene during its heyday in the 1920s and ’30s, died April 23 at the age of 94. 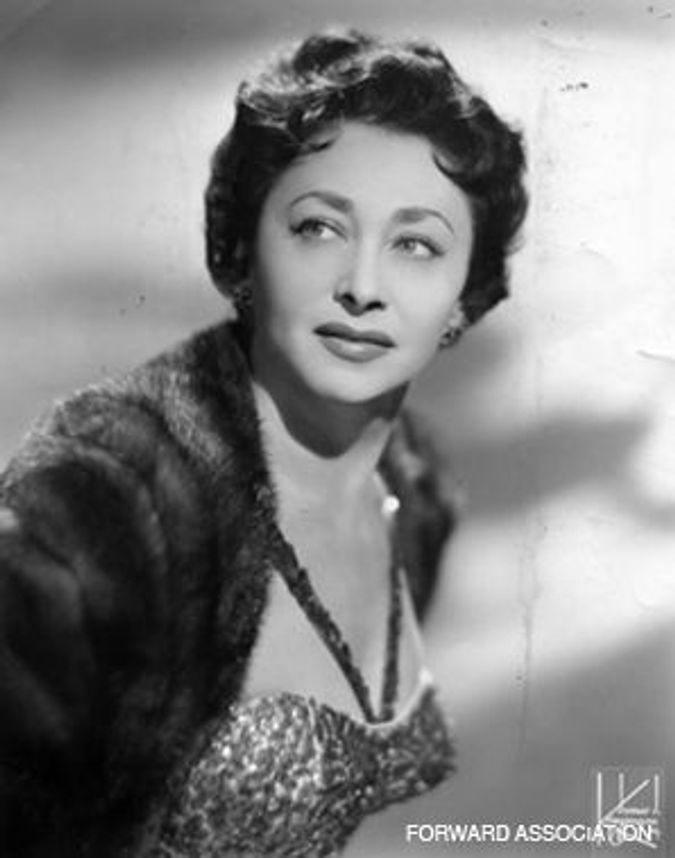 I met Esta in 1999, when our mutual friend, the Yiddish tenor Seymour Rexite, brought her to see my translation of “God of Vengeance” at Show World in Times Square. Several years later, when I found myself between apartments, Esta invited me to live with her for six months. I was 30; she was 91. I stayed in the guest bedroom, sleeping on a bed that had once belonged to Zsa Zsa Gabor.

Esta and I spent many nights discussing the theater over bowls of rocky road ice cream. She was a wealth of information, experience and support. Despite her severe asthma and difficultly walking, her smallest gesture was like a dance. With her silver bouffant, hot-pink lipstick and irrepressible life force, it was easy to imagine her taking over a stage.

And take over stages she did. A New Yorker all her life, Esta was actually born in Boston, where her father was stationed while working on a Yiddish show at the Boston Opera House. (Her father and his nine brothers all worked in the technical end of Yiddish theater.) Esta was the youngest of four children. Her two sisters were chorus girls, and her brother worked in film in Los Angeles. Esta began her career in the Yiddish theater at age 6, when her father volunteered her for a show at Brooklyn’s Liberty Theater that starred Frances Adler and Joseph Sheingold. From there, she went on to work in all the major Yiddish theaters throughout Manhattan and in Brooklyn and the Bronx.

“In those years, there were very dramatic plays,” Esta said in an interview I conducted with her in 2002. “Mothers losing their children, mothers fighting for their children, divorces, so forth and so on. And I was the child they were always fighting over.” When she was 8, while continuing to work nights in the Yiddish theater, Esta won a coveted role in the silent film “Salome of the Tenements,” starring Jetta Goudal and Godfrey Tearle. She vividly remembered being driven by police escort from the “Salome” film set at the Lasky Studios in Queens so that she could make her Yiddish theater matinee starring Malvina Lobel at the Lenox Theater in Harlem. Esta’s work in silent film bought her family a seven-passenger Studebaker sedan — a rarity in their working-class neighborhood of 1920s Brooklyn.

Like most Yiddish actors, Esta had no formal training. She learned to dance as a member of the chorus after graduating from children’s parts. Admired as an excellent dancer, Esta had, as she often reminded me, “great legs.” In the early 1940s, she married actor Dave Lubritsky, who himself hailed from a theatrical family. In the 1930s, the couple headlined the Clinton Street vaudeville theater with the Barry Sisters (then the Bagelman Sisters) as their opening act. For several summers they performed in the Catskills, where Esta’s husband was the first social director at Grossinger’s Hotel. They had one son, Jamie Lubin, in 1945.

Esta appeared with Molly Picon in “Oy, Is Dus a Lebn” (“O What a Life”), a hit show that opened on Broadway in 1942 and was performed in a mix of Yiddish and English. After that, she appeared with Picon in every show she did in Yiddish, as well as an English-language production of “A Majority of One.”

While performing on Second Avenue in the evenings, Esta acted in Yiddish films that were most often directed by Joseph Seiden and shot over a period of a couple of days. She appeared in more Yiddish films than probably any other Yiddish actor. Her films include “Her Second Mother,” “Love and Sacrifice,” “I Want To Be a Mother” and “God, Man and Devil.” One glowing review of her from an engagement in Chicago in the 1940s captured her essence perfectly — dubbing her “Little Miss Sparkle.”

In addition to performing for several seasons with comedian Menasha Skulnick, Esta did two shows with the great tragedian Maurice Schwartz for a sold-out engagement in Chicago at the 3,600-seat Civic Opera House. And when Yiddish theater audiences began to decline, Esta continued on, touring with a one-woman show written for her by Murray Rumshinsky, son of legendary Yiddish theater composer Joseph Rumshinsky.

Several times, while writing this article, I wanted to call Esta to ask a question, and it broke my heart to know that I could not. For me, she was a symbol of an entire generation of hard-working, talented Yiddish actors who dominated Second Avenue, playing nine shows a week to sold-out crowds in 2,000-seat houses. They did vaudeville shows at midnight and radio shows during the day, as well as the occasional film and concert. I mourn not only a remarkable friend, but also my last human link to a world I so admire.

Esta was more down to earth about her 50-year career than I was. As she said herself: “It was a nice life. It was very exciting, especially if you had a good part and people recognized that you were good in it, you know. And that’s about it with that.” At 4 feet 11 inches and shrinking, she held the title of Little Miss Sparkle to the very end.

Caraid O’Brien is a writer and performer based in Los Angeles.

Watch Esta Salzman in the 1949 Yiddish film “God, Man and Devil.” (She comes in from outside and is wearing a dark dress with white print and braids.)