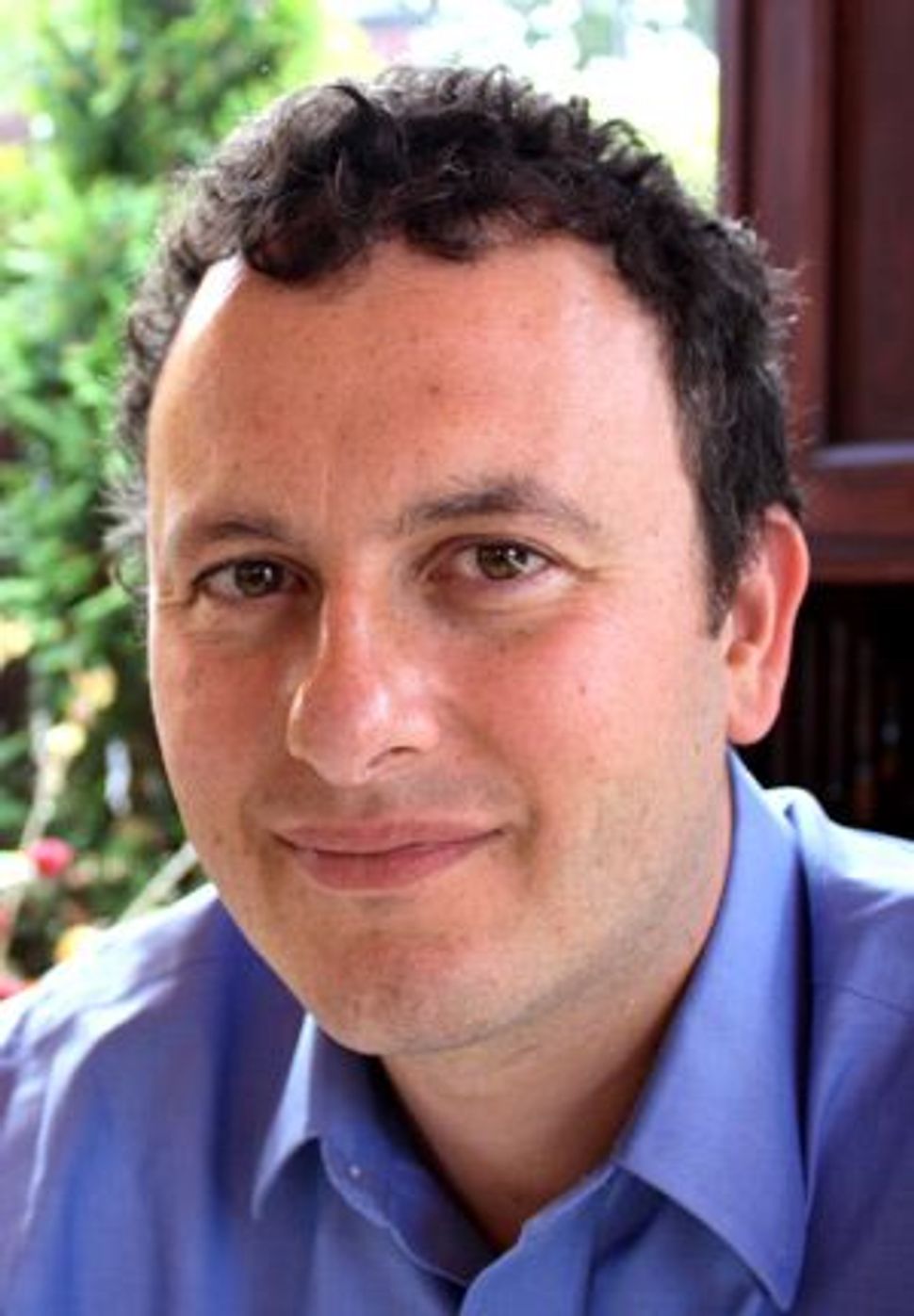 In The Tribe: Matthew Gould, Great Birtain?s newly appointed ambassador to Israel, is the first Jew to hold that position.

The day before his interview with the Forward, Great Britain’s first Jewish ambassador to the State of Israel met with a senior member of the government to discuss Jewish settlements in the occupied West Bank — a topic on which London and Jerusalem sharply disagree. 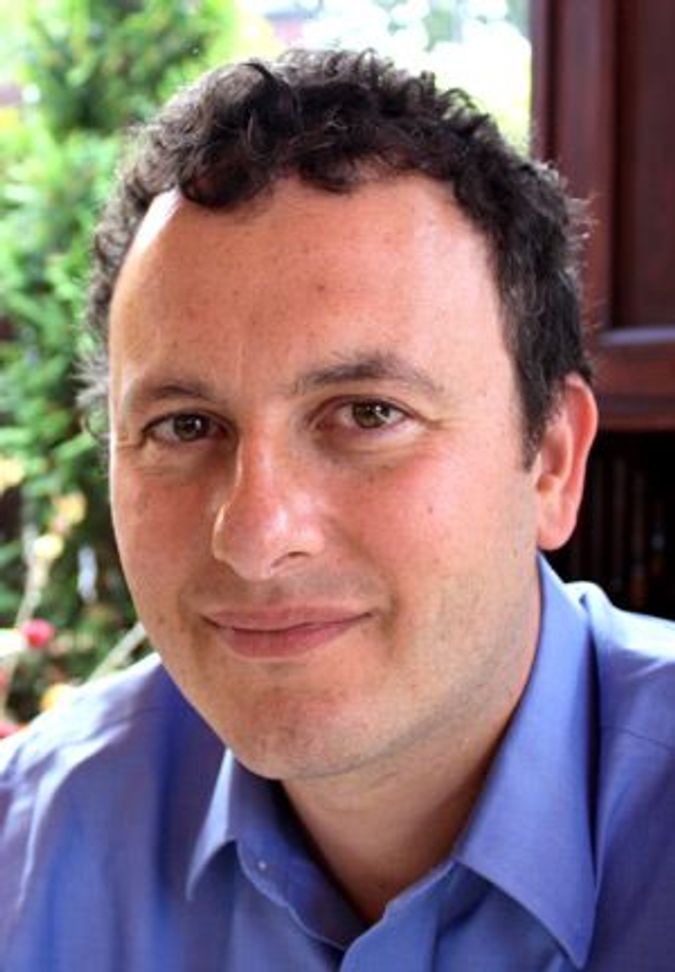 In The Tribe: Matthew Gould, Great Birtain?s newly appointed ambassador to Israel, is the first Jew to hold that position.

“In the course of this discussion he started quoting various pieces of talmudic wisdom to me,” marveled Matthew Gould, the British envoy. “Now, I just don’t think there’s any other job in the British Foreign Service where I could go and see a senior government minister and, arguing over an incredibly important point of geopolitical significance, end up discussing it in terms of talmudic debate.”

The anecdote offers an illuminating clue as to how Gould, a 39-year-old Londoner, may use his personal background as an asset rather let it become a point of tension in dealing with some of the divisions separating his government from Israel.

Gould met with the Forward in a Tel Aviv hotel lobby to discuss his identity, his job and how the two influence each other.

“Professionally my job is very clear,” he said. “I’m here to represent Britain, British interests and British values, and I’m a very patriotic British citizen. I’m also extremely proud of my Jewish background and my Jewish heritage, and it means the job I’ve got here representing Britain is an extremely moving one.”

Coming from some people, this could seem like a fluffy sound bite, but Gould was careful to offer his family background as evidence of just how deeply embedded his sense of Jewish identity is. His paternal grandfather, he noted, came to Great Britain in the 1920s from Warsaw as a refugee, one of only three brothers and sisters from his family who got out before the Nazis invaded Poland in 1933. Seven other siblings perished, along with his parents.

When, at another point in the interview, he recalled that “growing up I was told a lot about Israel” and that he “learned from a very early age about the importance of Israel to the Jewish people,” it was clear that being part of a Holocaust-victim family affected this. More specifically, his family background has a bearing on the way that he understands Israel’s needs. Having recounted the tragedy of his grandfather’s siblings, he said: “So I think there’s a sort of commonality of experience that, I don’t want to overstate it, but [it] gives a certain sort of deep-rooted understanding of why security is such an extraordinarily important and sensitive issue for Israelis.”

Nobody could dispute that Gould has the experience for the job. Since entering Britain’s Foreign Office in 1993, he has been a high flyer. Within five years he was writing speeches for the foreign secretary. His postings abroad have included deputy head of Britain’s mission to Tehran — where he kept his Jewishness out in the open and attended synagogue. He also wored as a foreign and security policy counselor in Washington. He was made a Member of the Order of the British Empire at the tender age of 26. But he is aware that some people will raise questions about his neutrality.

“I don’t believe, whichever country you are ambassador in, [that] you should be unemotional and unconnected,” he said. “I think wherever I’ve been, there have been issues of connection, and I think you’re much more effective if you feel a connection to the place you’re in. Clearly you don’t need to be Jewish to feel connected to Israel and to have affection or deep-rooted love for it. But I just think that the notion that countries are best served by the ambassadors who feel no connection to the country they are in is a ludicrous one.”

At the same time, he stressed, “The best service I can give the U.K. and the best service I can give Israel is to give the most objective, sensible, honest, insightful advice I can back to the prime minister and the foreign secretary. That’s really the sort of fundamental premise of how I’m going to do my job, and it’s got actually nothing to do with my background except in as much as my background gives me insight into what’s going on here.

“My primary goal here is to listen,” Gould said. “It’s to talk to as many people from as many parts of Israeli society and the Israeli political spectrum as I can, to find out for myself what is motivating Israel, Israeli politics, what the drivers are and the dynamics, and gain for myself a real understanding of that and then put that at the service of my country’s main policymaking towards Israel.”

Gould spoke at length about what Britain can do to help bring about peace. “None of this is to say that we’re going to try and usurp the U.S. role,” he said before offering his view. He then explained that he sees helping the Palestinian Authority improve its abilities in commerce and governance as one of Britain’s most important roles.

Another area is Europe. “We have a very leading voice in Europe, and Europe does matter to Israel and to the region,” he said. “Europe is Israel’s biggest trading partner, the biggest major geopolitical block that is right next door, and I think the 27 countries of Europe can have a real impact when they act together, and the U.K. is one of the key countries in making sure that happens and happens in the right direction.

“The third thing I would say is that the U.K. has a network of friendships and trusting partnerships across the region, including with countries like Jordan, Egypt and Saudi Arabia, as well as with Israel, that I think means we can play a useful role.”

When Gould presented his credentials to Peres, there was a small celebration to commemorate the occasion. One of the guests, an academic from the Weizmann Institute of Science, in Rehovot, lacked any obvious connection to the new ambassador. His name is David Samuel, and he is the grandson of a Jewish man who 90 years ago, like Gould, was sent to represent Britain in this region. Herbert Samuel, who died in 1963, was the first high commissioner to the British Mandate of Palestine.

Gould is intensely intrigued by Samuel’s career. But though he is now reading a Samuel biography, he diplomatically declines to offer an assessment of Samuel’s tenure as his prestate predecessor.