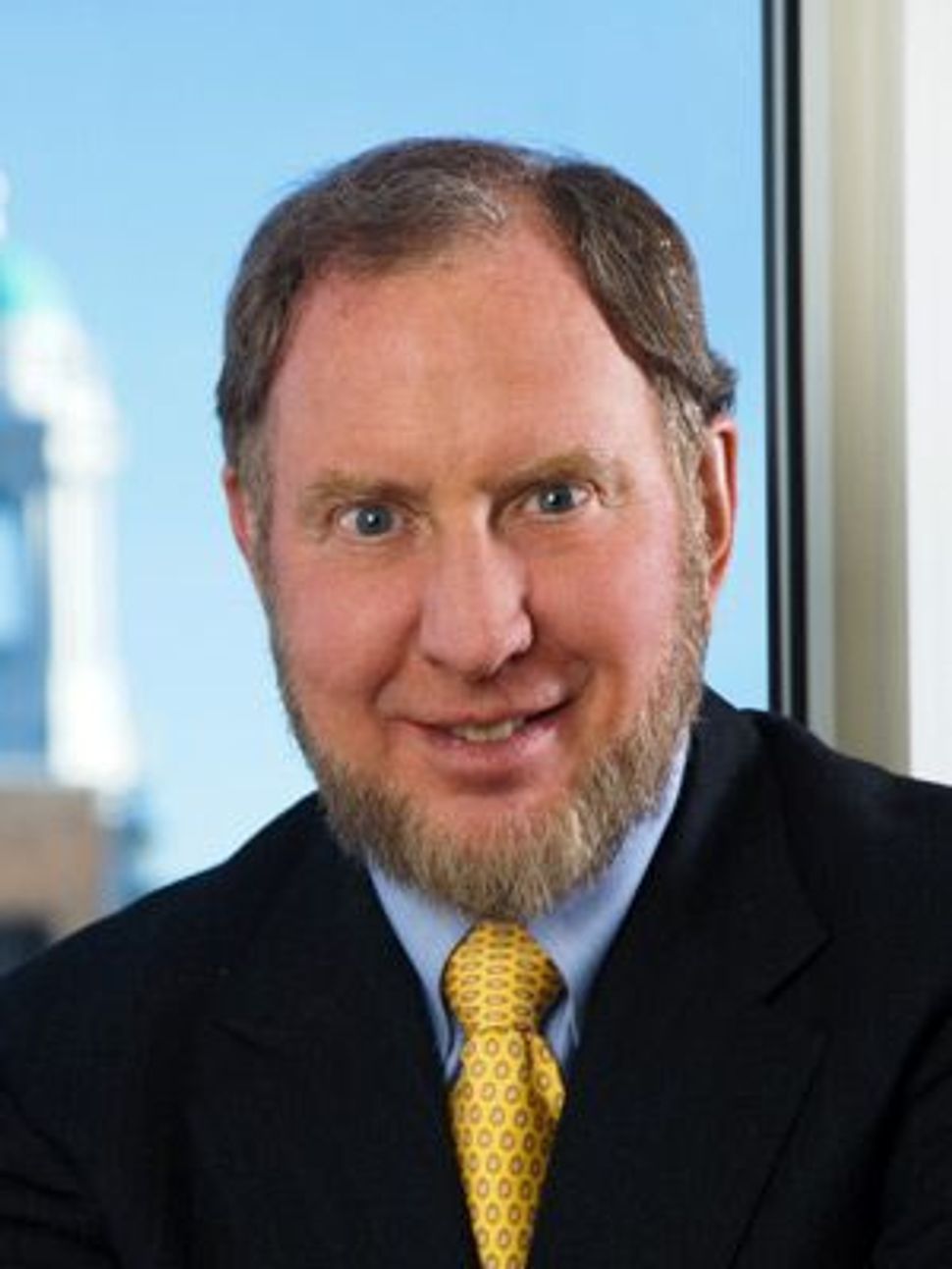 A Dual Perspective: Putnam?s background as a Jewish convert affected his outlook as he wrote his new book. Image by COURTESY OF MARTHA STEWART

Robert D. Putnam is one of those Harvard University professors respected for his scholarly research and celebrated for the masterful way he connects it to the narrative of modern life. When he wrote that Americans were “bowling alone” — and therefore no longer building up “social capital,” the trust, informal networks and energetic communities necessary for a healthy, engaged democracy — his indictment of civic life in a book with that catchy title drew the attention of White House policymakers and influenced a generation of political scientists. 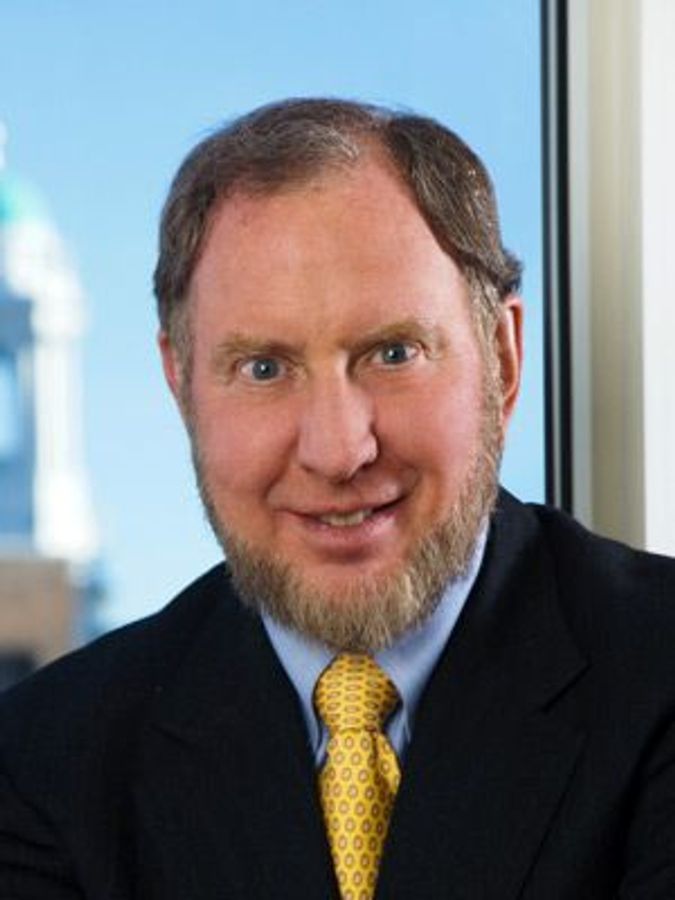 A Dual Perspective: Putnam?s background as a Jewish convert affected his outlook as he wrote his new book. Image by COURTESY OF MARTHA STEWART

So the October publication of his latest book, “American Grace: How Religion Divides and Unites Us,” was greeted with much anticipation, and it does not disappoint. Crunching decades of data, Putnam and co-author David E. Campbell went searching for the roots of interfaith tolerance and found that even though religious practice in America trends toward polarization, it is tempered by an acceptance based on familiarity. Knowing someone of another faith — and increasingly, Americans do — makes us more tolerant of those who hold that faith.

To emphasize the point, the authors offer their own polyglot stories in the book’s introduction. Campbell is a Mormon, the child of a Mormon mother (who was born a Catholic) and a Protestant father, who eventually converted to Mormonism. Putnam was raised as an observant Methodist, but upon marrying his wife nearly 50 years ago he became a Jew.

A Jew? Robert Putnam, who looks like he could have stepped off the Mayflower, who can trace his ancestors back to the witch trials in Old Salem, who has always seemed the epitome of the Harvard academic WASP, is Jewish?

“Yes, and I am personally responsible for a minyan!” he said with a flourish, during a rare, free moment from the incessant touring and interviewing that comes with publishing a book these days. It seems that though he and his wife raised their two children as Jews, both children married non-Jews, but one of those spouses converted, and all six grandchildren are being raised as Jews, even though their grandfather resembles a Pilgrim.

“I didn’t set out to write this book because I’m a converted Jew,” Putnam hastened to add during a telephone interview with the Forward. (Although Jews do emerge on top of the religious popularity contest. More on that later.)

“I want the book to stand as a piece of scholarship, and for people to react to what it says, not who wrote it,” he said. “But I have thought a lot about how the book speaks to Jews, and my own conversion made me more aware of the trends.” 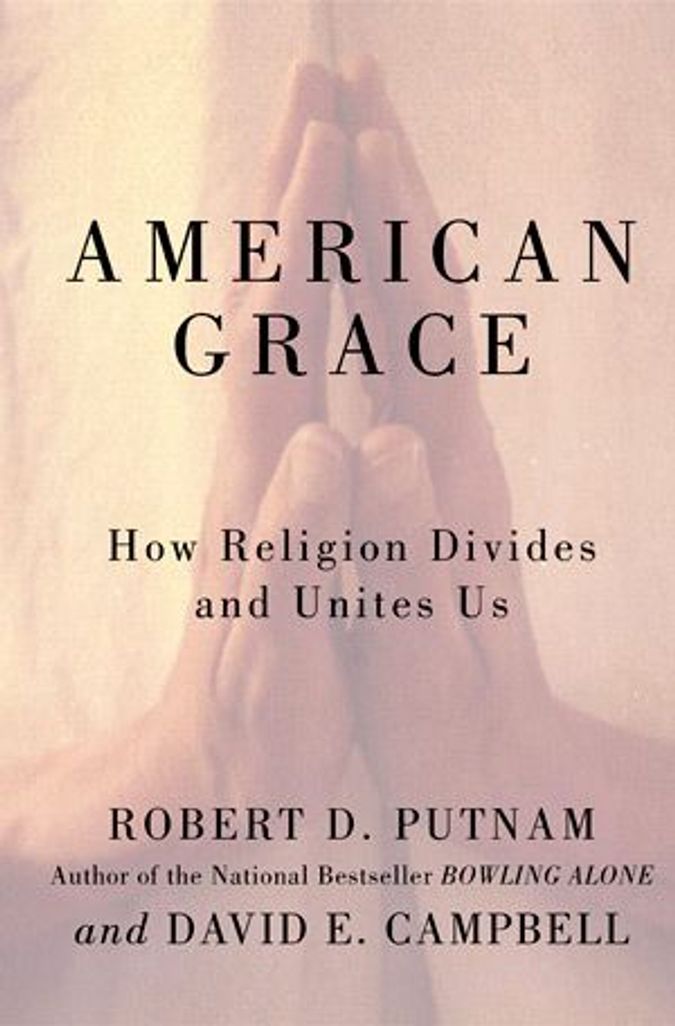 The Chosen: Authors Robert Putnam and David Campbell conclude that Jews are the most popular religious group. Image by SIMON & SCHUSTER

These trends include fluidity, as roughly one-third of Americans have switched religions at some point in their lives; intermarriage, as up to half of all American marriages are between people of different faiths; polarization, as Americans are concentrating on either end of the religious spectrum — highly devout or avowedly secular — and the moderate religious middle is shrinking. And yet, almost paradoxically, Putnam and Campbell found in their research a high degree of tolerance for people of another faith, and for those who have no faith at all.

Why? The authors argue that the answer is what they call the Aunt Susan Principle: “We all have an Aunt Susan in our lives, the sort of person who epitomizes what it means to be a saint, but whose religious background is different from our own…. [Y]ou know that Aunt Susan is destined for heaven. And if she is going to heaven, what does that say about other people who share her religion or lack of religion? Maybe they can go to heaven too.”

There are limits to this tolerance. Putnam and Campbell found that three religious groups were noted for their unpopularity: Mormons, Buddhists and Muslims. The antipathy toward Mormons and, especially, Muslims may be due to their negative public images, but it’s hard to say the same for Buddhists. Instead, this unpopularity may be traced to the fact that these three groups stand outside the Judeo-Christian framework as unknown, alien, and therefore not subject to the Aunt Susan Principle and the benefits of familiarity.

Using the same measurement tools, Putnam and Campbell conclude that Jews are the most popular religious group, a finding that, no doubt, will be greeted by some Jews with surprise and skepticism. In fact, that was the reaction Putnam received when he spoke about this at his Reform synagogue, Temple Isaiah in Lexington, Mass.: “People said: ‘You’re wrong! They do hate us!’ and I said, ‘Best I can tell, they don’t!’”

This finding is confirmed by other research — including a 2009 study by the Anti-Defamation League that found anti-Semitism in America to be at a historic low. Putnam said this finding also resonated with his own experience. Because his first 20 years were lived as a Methodist, because he doesn’t, well, look Jewish, “it’s more likely to have people say anti-Semitic things in my presence than in yours,” he said.

He certainly heard casual, socially accepted anti-Semitism from people of his parents’ generation, but he also witnessed firsthand the national trend of its diminishment after World War II. “The generations that came of age after 1946 were less exposed to this,” he said. “Political correctness actually worked. This change is a real change.”

Besides challenging a certain aspect of “Jewish identity as victim,” this finding may prompt another way to look at intermarriage. Putnam acknowledged that his family is hardly typical — starting out with one Jew (his wife) and ending up with 10. But, he added, “some say Jews always lose when there is intermarriage. Maybe that is a function of outdated data. If Jews are seen as quite an attractive group, that may lessen the case that Jews will lose.”