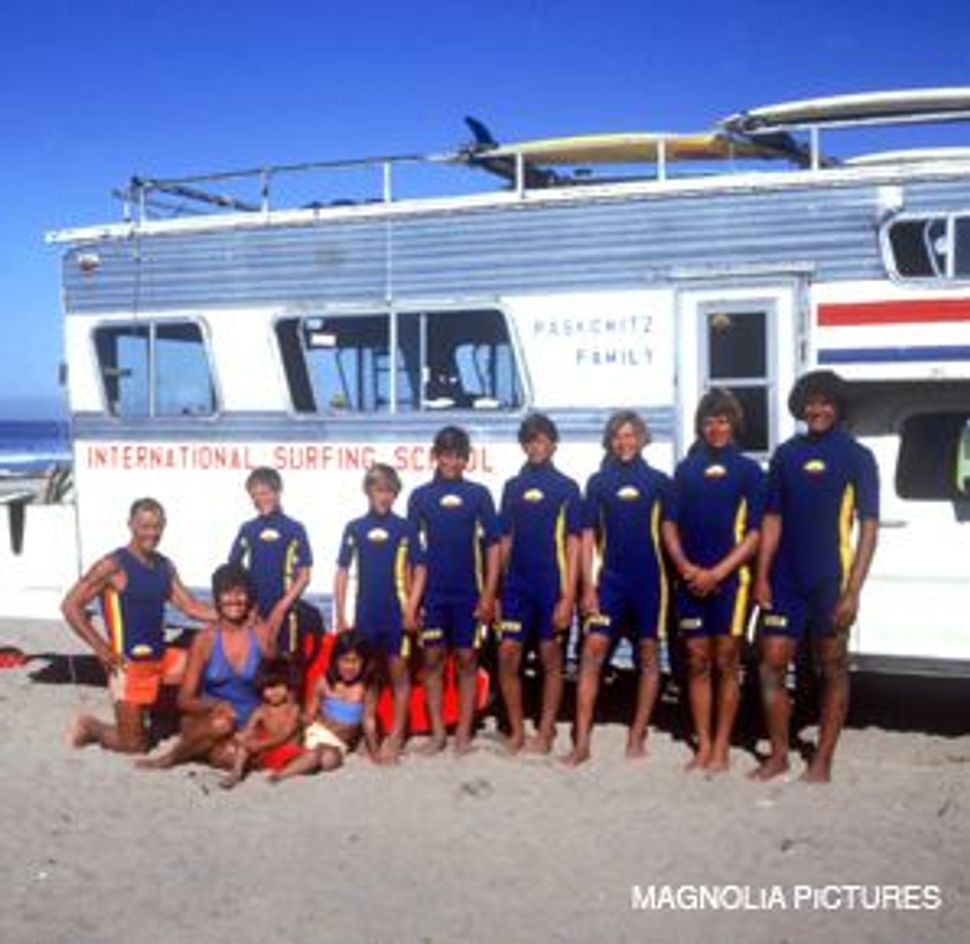 CALIFORNIA DREAMIN?: A new documentary about the Paskowitz family portrays a not-so-idyllic story.

I first met the amazing Paskowitz family in 1978, when I was a writer and producer for “Two on the Town,” a CBS magazine show in Los Angeles. 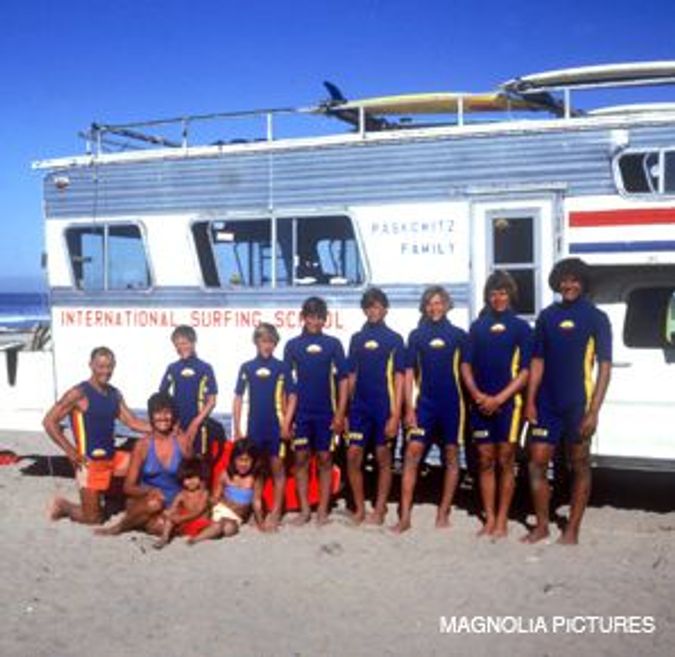 CALIFORNIA DREAMIN?: A new documentary about the Paskowitz family portrays a not-so-idyllic story.

It sounded like the perfect upbeat, if slightly wacky, Southern California story: Dorian “Doc” Paskowitz was a Stanford medical school grad who had rejected the world of Mercedes-Benz and large villas in Southern California to take his nine children and Juliette, his Mexican-Indian wife, on a nonstop surfing pilgrimage from beach to shining beach.

So we headed to the waves in the shadow of San Diego’s San Onofre nuclear power plant to film the tale of a passionate surfer and his 11-strong photogenic, wave-seeking brood.

The family lived permanently in a tiny, 24-foot camper, virtually foraging for food and living on what little they made from giving surfing lessons and from Doc’s occasional small jobs helping out as a physician in deprived communities.

Oh, and by the way, I was told by a producer, “The Paskowitzes are Jewish.”

This did not compute. What was a Jewish doctor doing with nine children in the sort of beat-up camper that looked like it might be used for smuggling immigrants over the nearby Mexican border into the Golden State?!

When I arrived, the tanned, bright-eyed, handsome family members announced their names as they piled out of the camper: David, Jonathan, Abraham, Israel, Moses, Adam, Salvador Daniel (in honor of his mother’s Mexican heritage), Navah — a beautiful little girl among all the boys — and the baby, Joshua.

Doc said the entire family ate only organic and raw foods. Sugar was banned. None of the kids ever attended school. Instead, Papa decreed they would surf every day, and formal education be damned.

My 6-year-old son, Gideon, whom I had brought along for a day at the beach, was entranced by the whole performance. What youngster wouldn’t think it was paradise to live permanently on the sand and surf all day?

In our interview, Doc told me he laid great emphasis on his Jewish heritage, which he was passing on to his kids. The family lit candles in the camper every Friday night, and several of the children wore Magen Davids.

The real love among them was palpable.

So it was with great anticipation that I sat down to view a new documentary about the clan, called “Surfwise,” which opens in New York and California this month. The film was co-produced by son Jonathan, now 47, and directed by Doug Pray, whose last documentary, “Infamy the Movie,” focused on writers of illegal graffiti.

Predictably, however, the film quickly reveals that all was not sunshine and waves in the Paskowitzes’ “Swiss Family Robinson” lifestyle.

The story that vividly emerges is more like a Southern California version of “The Poisonwood Bible,” in which a megalomaniac father forces his family to live out his dream, even as that dream retreats further and further from reality.

In the film, the children, now adults, recount their struggles to detach from their father and live some semblance of their own lives.

Navah, the sole daughter, now 39, laments the sexism of her father, which she and her mother both felt. She recalls that she never, ever had girls’ underwear, since clothing was recycled from child to child.

And in some of the most painful footage, she talks about the psychological and sexual damage she suffered as the only girl sleeping with eight brothers in a tiny camper, with parents who noisily made love every night.

“We were like small monkeys in a weird monkey cage,” she says.

Today, none of the sons practices Judaism. Only Navah, who lives in the San Fernando Valley with her writer husband, John Henry, and their three children (Avivah, 11; Max, 8; Wolf, 4, and a fourth on the way in June), is devoutly Jewish.

Though the Paskowitz boys were all bar mitzvahed, Doc denied them the education and knowledge necessary to live meaningful lives as Jews, his daughter says. But there is little doubt that Doc’s love of his heritage is sincere.

He is shown laying tefillin in the small condo in Honolulu’s, Waikiki, where he and Juliette were living when the documentary was being made. They have since moved back to California, settling in Laguna Beach.

In the film, Doc, who is now 87 and asthmatic, and walking with a cane after having hip-replacement surgery, visits the Western Wall and, in a reflective mood, admits that perhaps he did not give his kids what they needed to lead productive lives.

“I’m one of the few dumb Jewish doctors,” he says.

Thirty years ago, when we first told the Paskowitzes’ story, it seemed a sweet dream. But three decades later, the tale is a little sadder. One wonders what Doc’s children might have contributed to the world if he had used his undoubted originality, drive and passion to educate them and prepare them for the real world beyond the beach.

Belfast-born Sally Ogle Davis is a freelancer writer living close to the waves of Ventura, Calif. She has written for CBS and BBC television programs and for magazines around the world.