Why I Go Caroling 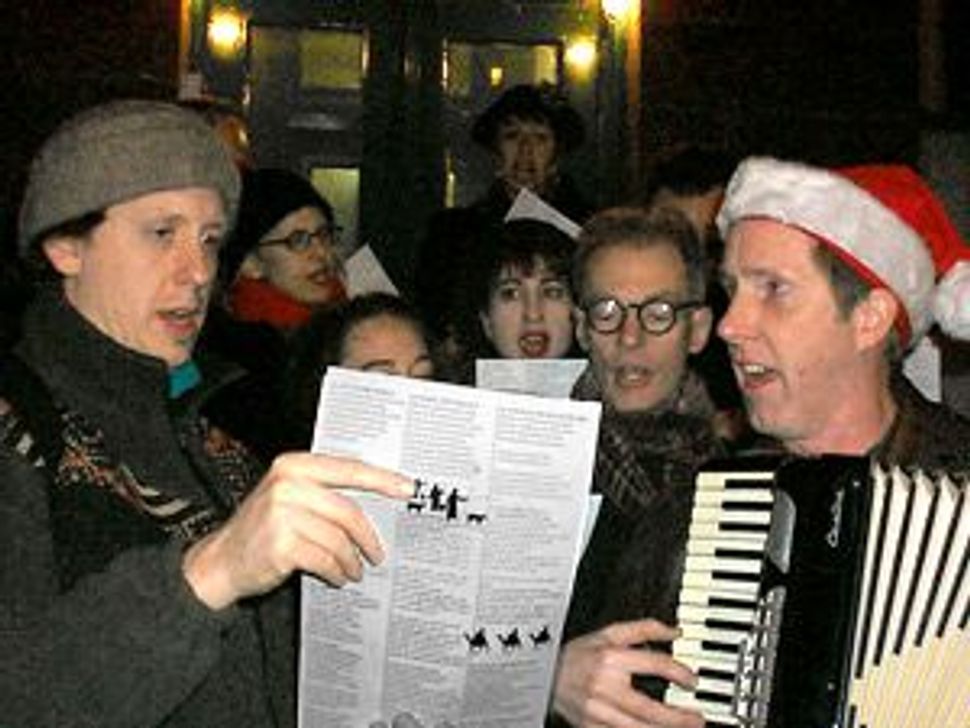 Merry Hanukkah?: Doug Nervik (holding an accordion) has led a group of Christmas carolers ? some of whom are Jewish ? through the streets of Manhattan?s East Village every winter for more than a quarter century. Image by COURTESY OF DOUG NERVIK 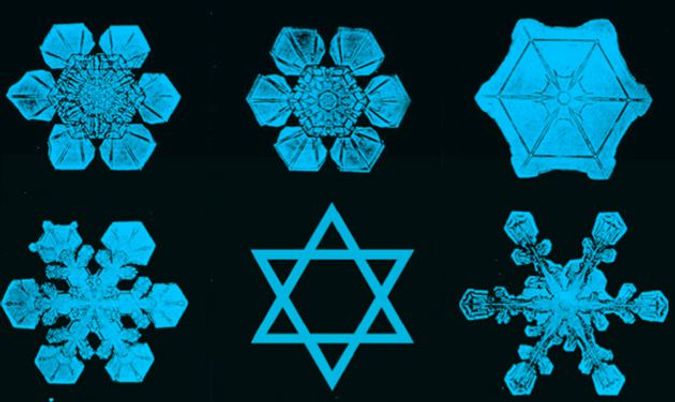 It’s during this time of year that I live in a mixed marriage. I love Christmas carols; my husband hates them. I go around whistling them; he runs out of the drug store when they’re playing. I feel cheery and expansive; he feels hunted and haunted. I guess that explains why he never joins me on the one night of the year that I go caroling. 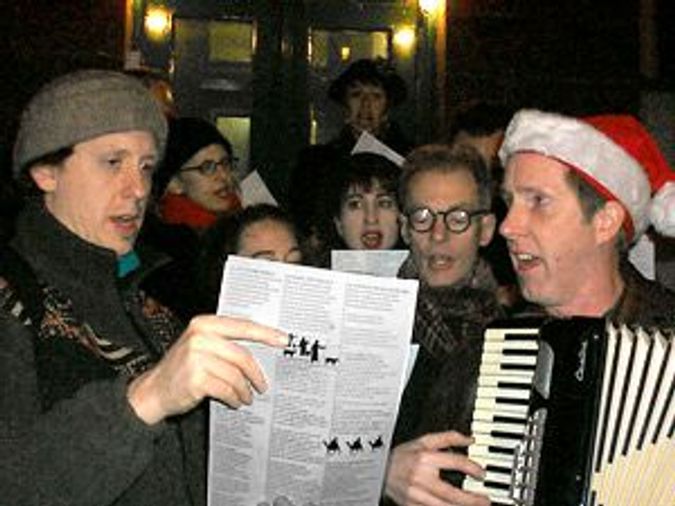 Merry Hanukkah?: Doug Nervik (holding an accordion) has led a group of Christmas carolers ? some of whom are Jewish ? through the streets of Manhattan?s East Village every winter for more than a quarter century. Image by COURTESY OF DOUG NERVIK

Yes, caroling. Literally walking through the streets of Manhattan’s East Village with a group of warmly dressed singers led by my friend Doug Nervik, who has been doing this for at least a quarter of a century. Early evening, about 20 or 30 — sometimes 40 — of us squeeze into his apartment, where he heats us up some cider and hands out song sheets with the words to everything from “Chestnuts Roasting on an Open Fire” (“The Christmas Song”) to “White Christmas” (yes, yes, I know — written by a Jew), to some of the more religious songs, like, “Little Town of Bethlehem,” and, okay, “Away in a Manger.” And “O Come All Ye Faithful,” which suggests we “come let us adore him,” and “him” has a capital H. In fact, the song spells it right out, “Christ, the Lord.”

There. I wrote it. Sometimes I even sing it. Look — Shavuot carols they’re not.

Doug is a professional master of ceremonies/comedian, and his friends are mostly amazing singers, having come to New York to make it big on Broadway. (Which some have!) So he puts on his Santa hat and straps on his accordion, and before we head out into the streets, we stop to sing a heartbreakingly beautiful “Silent Night” in the stairwell of his ancient apartment building. Upstairs, Doug has a neighbor who’s pushing 100. We sing tenderly for her, but loud enough to make sure she hears, and, what can I say? It feels like a mitzvah. A nice, Christian mitzvah.

About two hours later, we end the night singing at a homeless shelter, where the couple dozen men in the shabby rec room often ignore us when we troop in. We’re interfering with their TV time, with their stare-at-a-day-old-New-York-Post time. But 10 minutes into our set, and they’re shouting out requests — “Rudolph!” “Jingle Bells!” “The Twelve Days of Christmas,” “no skipping!” — and they’re singing along. Loud! Everyone pumps our hands as we leave, or gives big hugs. Some of the guys are crying. Me, too — but I’m also grinning. “Have a good one, man!” “Bless you!” “Merrrrrrrry Christmas!”

Or, Merrrrrrry Self-Hating Jew Smothered in Hypocrisy and Giving a Hand to the Other Team? Is it wrong for a Jew to sing these songs? Am I spreading cheer — or Christianity? Should I be doing this at all? I started asking other Jews what they think, and was shocked to find incredibly strong reactions on both sides.

“‘It’s Beginning to Look a Lot Like Christmas’ is a song you can’t listen to and feel depressed at the same time,” said Robin Barr, a product inventor in Mission Viejo, Calif. For her, the carols usher in winter, same as “June Is Bustin’ Out All Over” ushers in, well, June.

Sarah Jacobs, a New York City designer of Jewish textiles, has happy memories of her father — a rabbi — singing carols in the car as he drove his kids to Orthodox day school. He’d learned the songs as a child, when they were routinely taught in public school. (No fair!) But, Jacobs says, to sing the songs seriously “is a different matter altogether. They are not just pretty pieces of music but… a form of worship.”

Oy. That’s true. But what if a gal is not worshipping? What if she’s just enjoying some of the prettiest songs she knows? Gosh, one of the best things about the non-“Grandma Got Run Over by a Reindeer” caroling oeuvre is the fact that it’s so old. When else do people spontaneously sing songs ripped from the Middle Ages? It’s hard to beat “Greensleeves,” even if there’s a babe and we are bid “haste, haste to bring him laud.”

Sometimes I skip the C word or the J word; sometimes I sing ’em while silently telling God (in a very Tevye way), “You know I don’t really believe this part, right?” And, multitasking worrier that I am, I also manage to worry that I’m being disrespectful to the folks who do believe. So I feel guilty, yet good, and then guilty about the good part. Does it get any more Jewish than that?

So — agreed! There is inherently some conflict in being a Jew who loves carols and who waffles on the religious parts and feels more Jewish than ever when singing “Glooooooria, in excelsis deo,” because I’m always thinking, “Didn’t learn that one in Hebrew school.”

But a-wassailing I shall go again, because, conflicted or not, it’s a wonderful night of singing and ringing and bringing a little cheer to a lot of people, including me. Good ol’ Jewish-to-the-core me, who, on occasion, hastes, hastes to bring you-know-who laud.

And I think God understands.

Lenore Skenazy is the author of “Free-Range Kids: How To Raise Safe, Self-Reliant Children (Without Going Nuts With Worry)” (Wiley, 2010) and “The Dysfunctional Family Christmas Songbook.” (Random House, 2004).

Why I Go Caroling