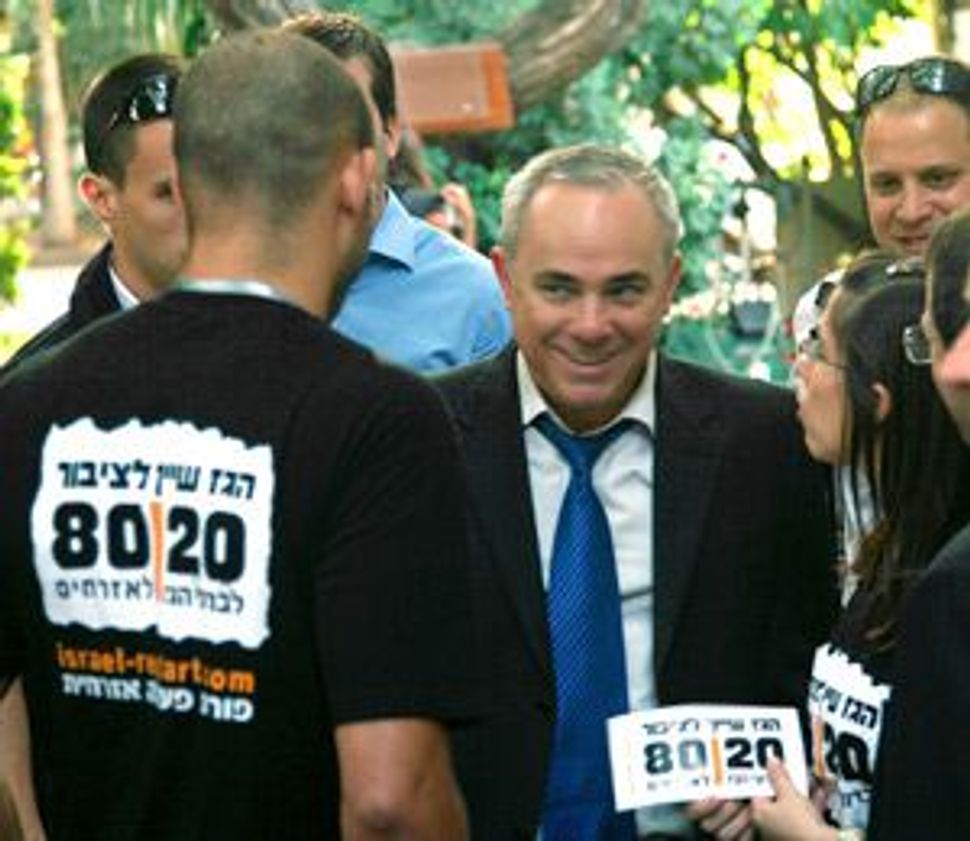 Israeli activists pushing for revenues from newly discovered offshore energy deposits to be spent on social needs have won a significant victory. A state-appointed committee is recommending that the Israeli government more than double its share of any profits from the country’s energy finds. 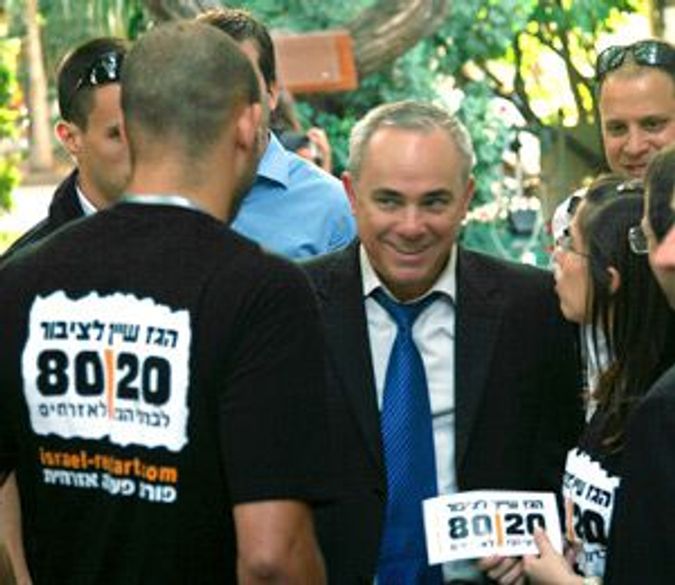 “The committee has set a new standard — it recognized that oil and gas belongs to the public and decided that previous governments have made a terrible mistake by not changing the arrangements put in place back in 1952,” said Haifa University law professor Yoseph Edrey, an expert on energy taxation.

But the energy companies that identified the offshore fields are pushing back against the committee’s recommendations. The companies argue that the committee is trying to change the rules of the game after they have already invested in finding the deposits.

Both sides are pressing their cases before Israeli lawmakers, and some speculate that the American government could end up playing a role in the dispute.

The discovery in January 2009 of massive offshore energy deposits in the Mediterranean Sea sparked considerable excitement in Israel, which previously lacked substantial domestic energy sources. The Tamar natural gas field, where production is expected to begin in 2012, is thought to hold 6 trillion cubic feet of gas. Another offshore field, Leviathan, which is still being explored, is estimated to hold 16 trillion to 23 trillion cubic feet of gas, and it may also contain oil.

Yet there has been anger over what some fear will be an insufficient public share of any revenues. Under present laws, it is estimated that between one-quarter and one-third of profits would go to the Israeli government.

The Israel Civic Action Forum, a grassroots activist organization launched in July, has led a campaign urging that a greater proportion of new energy revenues go to funding education, fighting poverty and meeting other social needs. Its campaign has enjoyed the support of the National Union of Israeli Students.

Finance Minister Yuval Steinitz appointed a committee to examine whether the state’s share of the energy revenues should be increased. On November 16, the committee, headed by Hebrew University of Jerusalem economist Eytan Sheshinski, released preliminary recommendations — which had been publicized in advance — that called for the state’s share of the profits to increase to around two-thirds. The Sheshinski committee is expected to issue its final report in December.

Activists were delighted by the committee’s preliminary recommendations. The committee has been “courageous and brave proposing an end to a ridiculous situation,” said Ron Werber, head of the Civic Action Forum’s steering committee. But the companies that discovered the offshore deposits and are now preparing to drill vowed to lobby against the committee’s recommendations.

The CEO of Delek Drilling, Gideon Tadmor, told Israeli Army Radio that the preliminary recommendations are “the first of the Ten Plagues” expected from the Sheshinski committee. The Israeli government “made commitments and now it’s withdrawing them,” he said.

“Clearly Israel put in place a financial system that provided incentives for companies like ourselves to go in and take huge risks, which we did,” the CEO of American-based Noble Energy, Charles Davidson, told investors. “I’ll encourage them to abide by the agreements that brought us to that country.”

Given that Noble Energy is an American company, there has been intense speculation in Israel that the American government will weigh in on the side of the energy companies. “America is known for supporting its companies — it will not be public but rather informal questioning which will suggest that some issues should be reexamined and changed,” said Beni Lauterbach, head of Bar-Ilan University’s business administration school.

Already, Reuters has reported that it has seen a letter on the issue from Marc Sievers, charge d’affaires at the American embassy in Tel Aviv, to Israel’s finance minister. Sievers reportedly asked Steinitz “at the very least, to limit — publicly and in writing — application of the committee’s recommendation to future leases and licenses.” The embassy did not respond to a request from the Forward for comment.

The Civic Action Forum takes the possibility of pressure from the American government seriously, Werber said, and it is asking the American Jewish community to get involved in its campaign. It has established an “American Friends” arm, and on November 21 the forum’s Jerusalem-based head, Rabbi Michael Melchior, will address its inaugural meeting in New York. “We know that American pressure might play a role so we are readying our troops for this,” Werber said.

The Sheshinski committee’s preliminary recommendations would increase the amount of government revenues from the gas fields by raising taxes on energy extraction and sales. The committee estimates that this would reduce the value to energy companies of the Tamar field from $6.24 billion to just under $2.5 billion.

The Sheshinski committee’s proposals would need to be approved by the Knesset. While the Civic Action Forum’s campaign has drawn broad interest from an ideologically diverse group of Knesset members, some lawmakers fear that raising taxes on energy extraction would make Israel less competitive. “If the investment in the Tamar field is not attractive and profitable for investors, there will be no project,” said National Infrastructures Minister Uzi Landau at a November 14 press conference.

Edrey, the Haifa University tax expert, said that the Israeli government may ultimately yield to energy companies’ pleas and ignore the Sheshinski report or accept its recommendations only in very limited form.

“I have a lot of doubts as to what will be the outcome of this report,” he said. “Governments over the last 30 years have a very bad reputation: They appoint professional committees but don’t follow up and don’t accept their recommendations.”