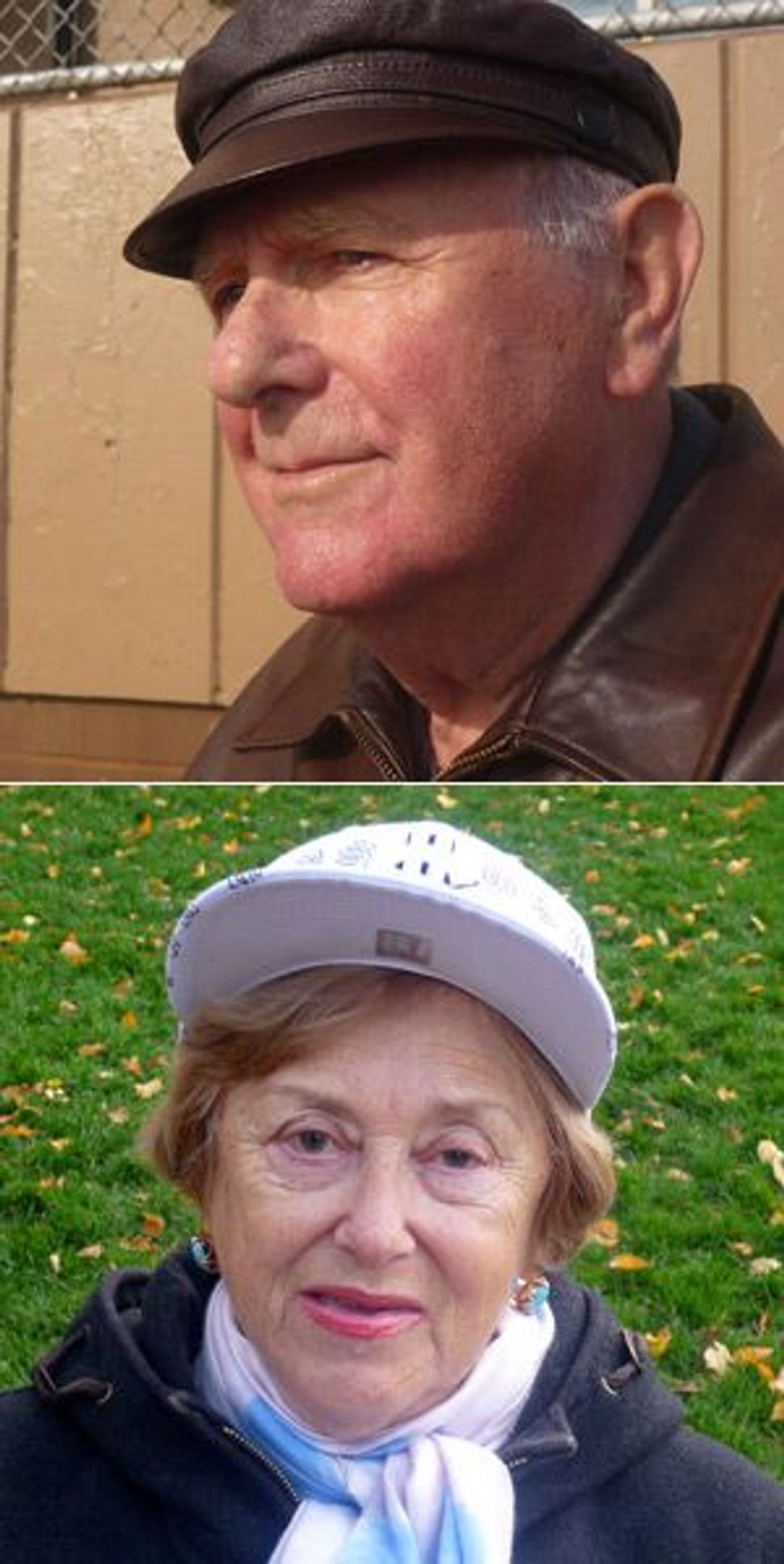 After Fira Stukelman lost her family during the Holocaust, the only document to her name was a letter from the orphanage for children of victims where she lived. 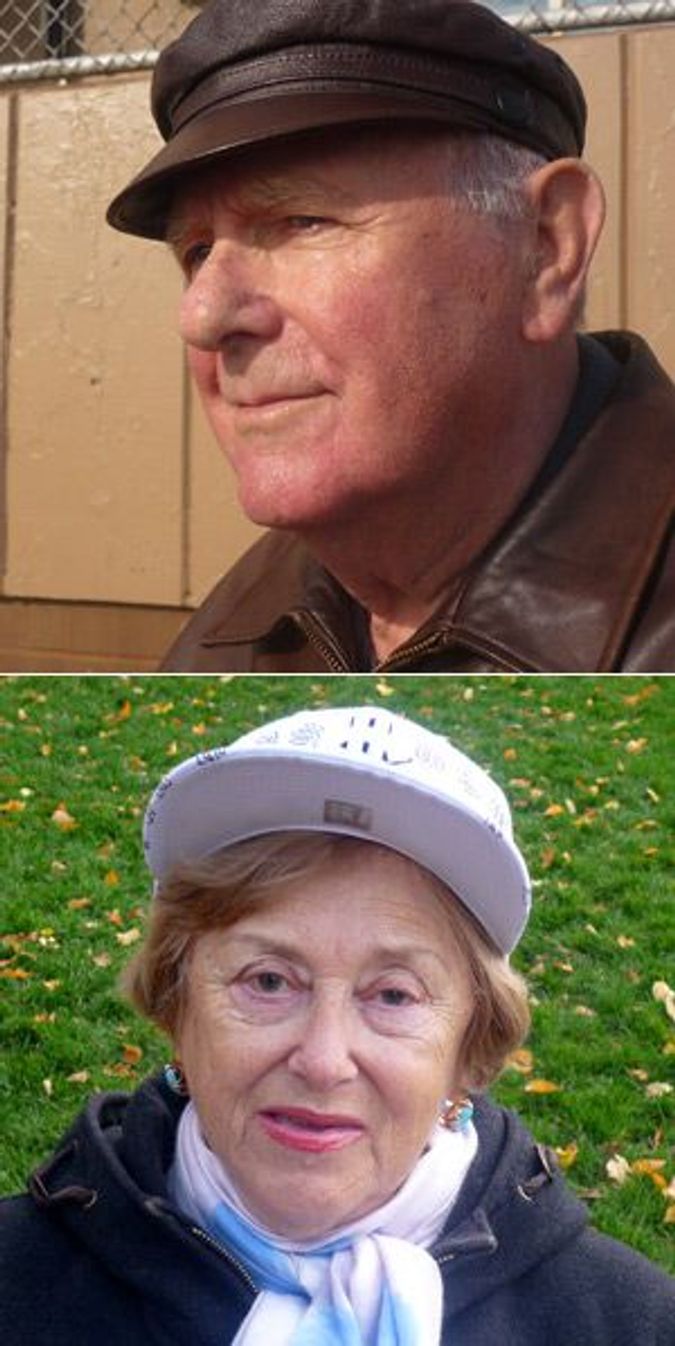 Stukelman, 77, was traumatized 16 years ago when she had to recite her story in detail — including how her mother was dragged from their home in the city of Vinnitsa, Ukraine, and taken into the woods, where Jews were burned alive — and had to obtain documentary evidence so that she could receive reparations money from the German government.

“I was so emotional, I cried for two or three months before I got the proof from the ghetto,” she said.

Stukelman had to undergo this trauma once more this past October, because the payments she and many others receive from the German government via the Conference on Jewish Material Claims Against Germany have fallen under a shadow of suspicion. Since the Claims Conference discovered last January that it had been defrauded of some $42.5 million by phony applicants claiming to be Holocaust survivors — a crime highlighted by the November 9 indictments of 17 people on federal fraud charges — it has apparently been scrambling to sort out the genuine from the fraudulent. One consequence is a Claims Conference questionnaire sent out to a number of reparations recipients in recent months, asking them to resubmit documents and a short history of their wartime experiences.

Meanwhile, survivors, the desperate ones for whom Holocaust compensation is a vital lifeline, are worried and confused. Elie Rubinstein, executive director of The Blue Card, a fund that helps the poorest Holocaust survivors, said that many who have been asked to resubmit documents last submitted their evidence 10 or 15 years ago. Today, they are in their 70s, 80s and 90s, and many find revisiting the Holocaust painful.

“It’s a very traumatic experience to have to relive everything again,” concurred Eva Fogelman, a psychologist who works with survivors. “Psychologically, as Holocaust survivors get older, some of them are much more affected by what happened years ago.”

Stukelman echoed that observation. “I felt so much pain. Nobody explained to me why we had to fill it out again. You like it or you don’t like it, you’re disappointed or not, you have to do it,” she said.

Just five days after the indictments were announced, it was an unseasonably mild day on the oceanside boardwalk that stretches across Brooklyn’s Brighton Beach. But the elderly Jews from the former Soviet Union sitting on the benches that day were steaming under the bright midday sun. It wasn’t the weather; for days, Russian-language media had been saturated with news about the alleged Holocaust fraud, in which Russians from Brooklyn are said to have been recruited to submit fraudulent claims for reparations to the Claims Conference. 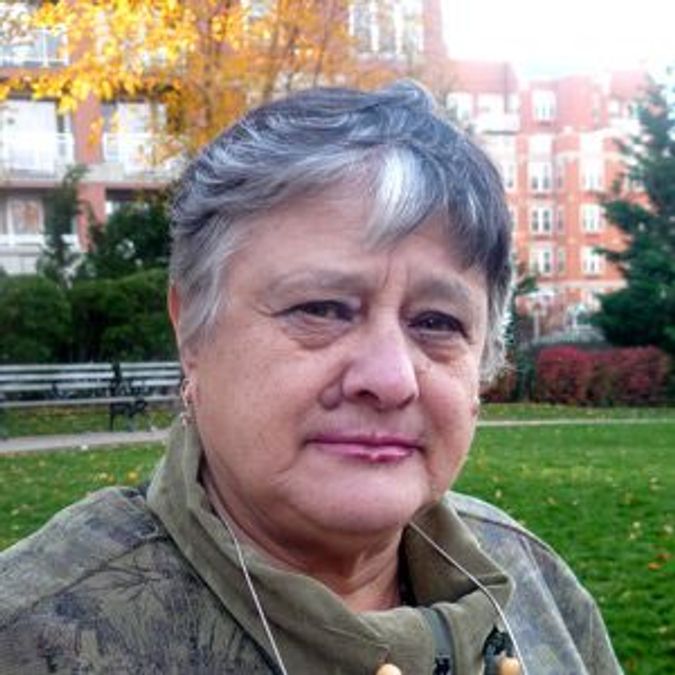 Survivors Seething: Mariya Dextyar said she was 3 when the Nazis murdered her father. Of the alleged fraud, she said: ?There will always be people who use a situation.? Image by MAIA EFREM

“It’s terrible,” said Sveta, who declined to give her surname. “They should shoot them,” she said, referring to the 17 people who were charged with defrauding two funds run by the Claims Conference.

Michael Gershon, an 84-year-old who survived the ghetto and then fought with the partisans in Belarus, said the crime was incomprehensible. “They should be punished,” he said.

A little farther along the boardwalk, 95-year-old Chaya, who did not wish to give her surname, said that if guilty, the accused should be imprisoned and never seen again. “Such greed,” she said. “You can’t forgive it.”

The arrests have sent a wave of alarm through Brooklyn’s Russian-speaking community. But while the rank-and-file elderly of Brighton Beach appear to have little sympathy for the accused, some establishment figures in the community have taken a more defensive position.

Stukelman, former vice president of the New York-based Association of Holocaust Survivors from the Former Soviet Union and a prominent activist in the Russian-speaking community, rejected the notion that Semen Domnitser, charged with being the scheme’s alleged mastermind, could have been involved. “I blame the people who do the fraud documents,” she said. “If it wasn’t for them, he wouldn’t now be in court. I am sure he didn’t do this.”

Rubinstein said that a segment of the Russian establishment believes the community is being vilified because it is Russian.

The alleged fraud, as described in the indictment filed by Preet Bharara, U.S. attorney for the Southern District of New York, targeted two funds administered by the Claims Conference. The Hardship Fund makes a one-time payment of $3,600 to Jews who were evacuated during World War II. The Article 2 Fund makes monthly pension payments of $411 to those who lived in hiding or in a Jewish ghetto, or who were incarcerated in a concentration camp and now make less than $16,000 a year.

According to Bharara, the alleged fraudsters faked documents, altering places of birth, identities and evidence of persecution during the Nazi era in order to qualify for claims. They then split the proceeds with the fraudulent claimants. Six of the accused are current or former employees of the Claims Conference in New York, including Domnitser, the director of both funds.

“It’s so simple,” said Arkady Bukh, a Brooklyn attorney who represents at least one of the defendants. “You have people working in the [Claims] Conference, and one day they say to themselves: ‘Oh my God. This is an easy way to make money.’

Some alleged runners, like Valentina Romashova, who is accused of one count of conspiracy to commit mail fraud and one count of money laundering, allegedly advertised in Russian-language newspapers for applicants, or mules. According to the criminal complaint, Romashova recruited applicants and submitted applications on their behalf in exchange for tens of thousands of dollars in fees.

“Runners feel that they are untouchable, and the mules don’t feel guilty because they feel like they’re defrauding Nazi Germany,” Bukh said.

The Claims Conference notified the U.S. Attorney’s office at the end of last year that it suspected some claims were fraudulent. Bharara’s investigation revealed that many claims were made by people who were too young to have been alive during the Holocaust. At least one claimant was not Jewish.

A Claims Conference representative said that about 5,000 Hardship Fund cases are believed to have been falsified and are still under federal investigation.

Meanwhile, the Claims Conference has sent letters to 658 recipients of the Article 2 Fund, stating that they are ineligible and that it is immediately suspending their pensions. They have been asked to return the money in full or to appeal for a review. So far, more than 30 people have repaid money or displayed a willingness to do so, while 74 have opted to appeal.

Asked about the questionnaire that appears to have worried many survivors, a Claims Conference spokeswoman initially denied that any documents had been sent out asking survivors for more biographical data. Upon further questioning, the spokeswoman said that some recipients were in fact sent documents, but she would not elaborate any further, citing confidentiality between the survivors and the Claims Conference. The spokeswoman spoke only on the condition of anonymity.

A short walk from the boardwalk, in the shadow of the upscale Oceana apartment complex, elderly Holocaust survivors were eager to bear witness to what had happened to them during the war, and to share tales they had heard of people who falsely offered witness testimony to each other so that they could qualify for compensation.

Mariya Dextyar, who was born in Odessa, was 3 years old when her father was murdered by the Nazis. Dextyar, 72, said that she could not remember what her father looked like, and she began to cry. She wiped away her tears as she thought about the most recent crime perpetrated against survivors. “There will always be people who use a situation,” she said.