Ishmael Khaldi: A Bedouin, a Muslim And an Unlikely Israeli Diplomat 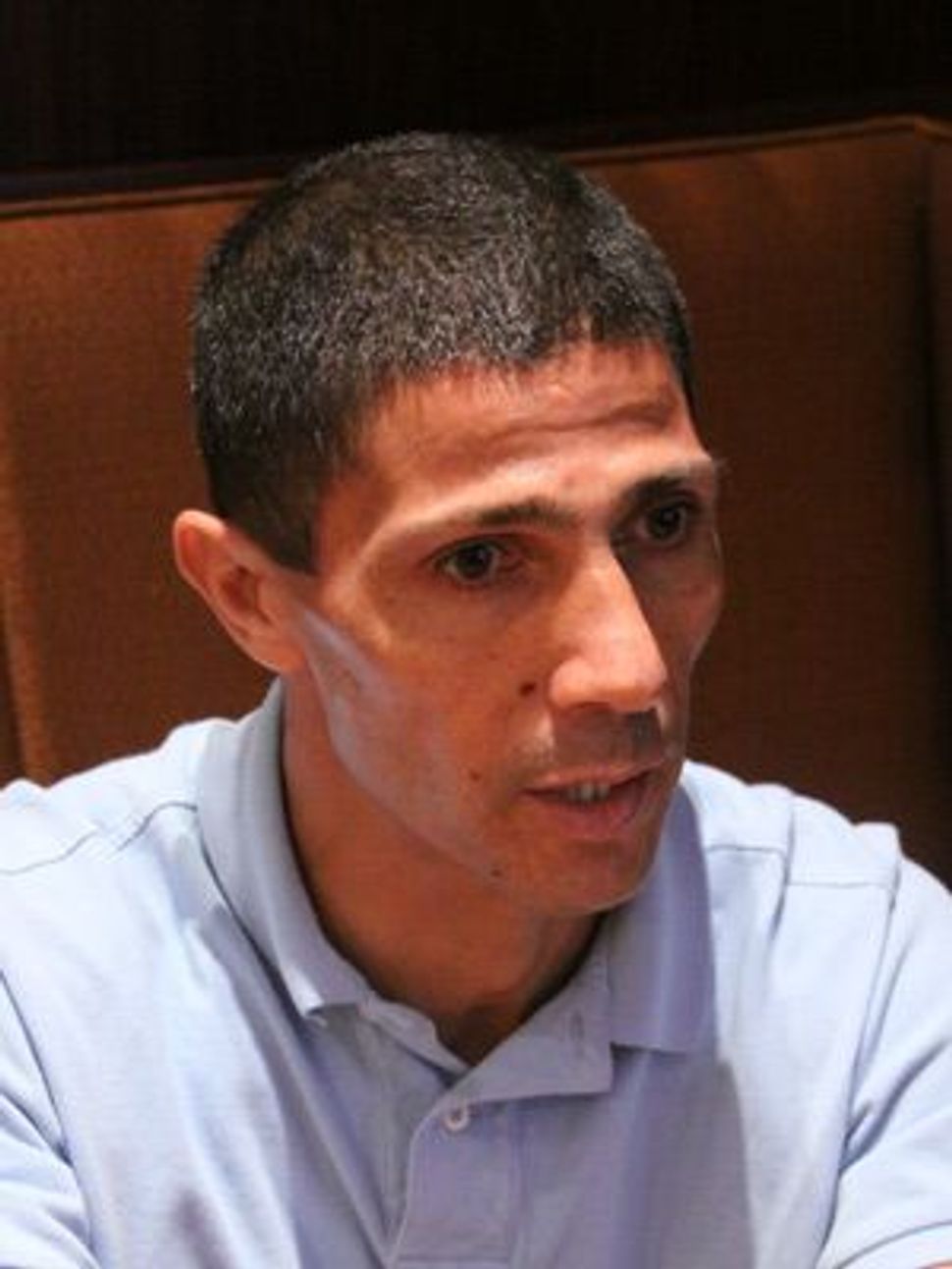 Ishmael Khaldi does not deny the difficult conditions of the Bedouin communities living in Israel’s southern desert, the most impoverished group in Israel.

A Bedouin from the north of the country, Khaldi said that he donated 250 shekels — about $70 — to the residents of Al-Arakib, the unrecognized Bedouin village in the Negev that the Israeli government has demolished seven times in recent months, as recently as November 22. “For the kids without shelter, now that winter is coming,” he said. 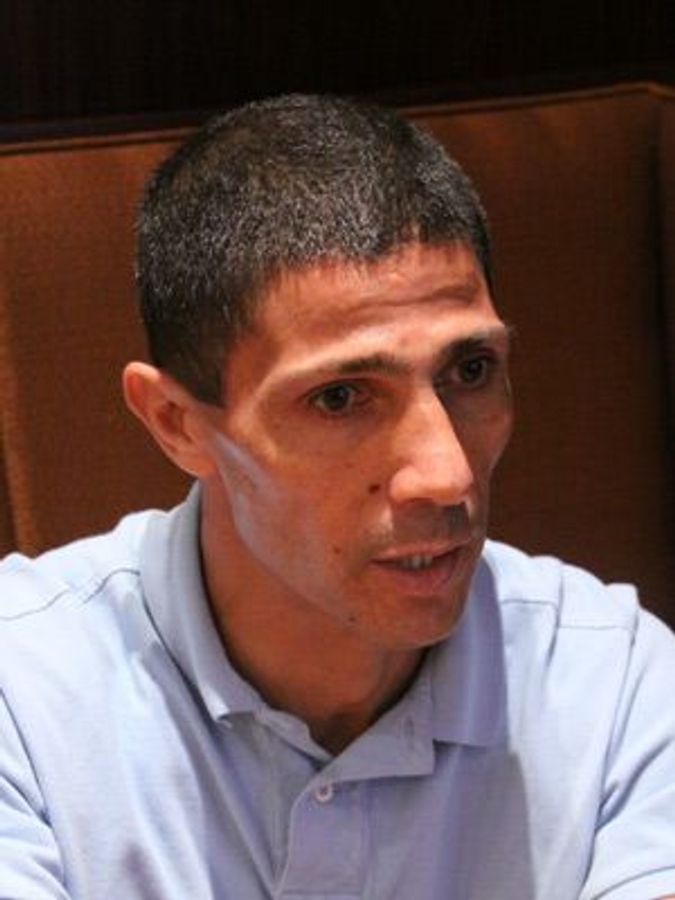 But despite the situation of his people in the Jewish state, Khaldi has chosen to spend the past six years serving the Israeli government. When he joined the foreign ministry, he was the country’s first Bedouin diplomat. At a time when the plight of Al-Arakib has returned the situation of the Bedouin to the headlines, Khaldi insists that working from inside the Israeli system is the only way to help. But observers and others in the Bedouin community raise questions about how much can be changed from within.

“Yes, there are problems,” Khaldi said. “But the question is, what’s the alternative? Yes, so I see Israel doing this, but to do something, I try from the inside.”

Khaldi is not from the Negev. Rather, he is a member of the relatively better-off Bedouin community in the Galilee. Born in the village of Khalawed, near Haifa, he served as an Israeli police officer and received a master’s degree in political science from Tel Aviv University before becoming the first Bedouin to join Israel’s foreign service, in 2004. Young, well spoken in English and a gifted storyteller, he has long been a regular speaker on college campuses. Khaldi’s self-published memoir, “A Shepherd’s Journey,” came out this year.

Clearly proud of what he represented, the Israeli consulate in New York contacted the Forward to arrange an interview with Khaldi, which was held in the lobby of a Manhattan hotel. Khaldi was on a week’s leave from his foreign ministry duties to promote his memoir in the United States.

The 170,000 Bedouin in the Negev are, statistically, Israel’s most impoverished community. Underlying their social and economic troubles is the basic problem of a traditionally nomadic culture clashing with a modern society. Israel, responding to the population’s rapid growth, has tried to force the Bedouin to move into housing specially built for them in the Negev, and to get them to leave the unrecognized villages — which often are not provided with such municipal services as water and electricity — where many Bedouin choose to live.

Bedouin can serve in the Israeli military, although unlike the Druze, their service is not compulsory. But over the past 10 years there has been an overall

decrease in the number of Bedouin who choose to serve. These changes coincide with a broader shift among the Bedouin, who are said to have begun to identify more closely with the Palestinians than in previous decades.

“There’s been a gradual radicalization of the Bedouin community,” said Jesse Benjamin, a professor of sociology at Kennesaw State University in Georgia who has studied the Bedouin in Israel. “With these horrible living conditions,” he said, “with this discrimination, what else is there” besides radicalization.

Khaldi, meanwhile, stands in the face of these trends. “I want to be integrated,” he said. “I have to push myself, despite everything.”

He is an anomaly in more ways than one. Although Israeli Arabs make up 20% of Israel’s population, they hold only 5.2% of Israel’s civil service jobs, according to a study published in 2008 by the Israeli nongovernmental organization Sikkuy.

Khaldi isn’t just any Foreign Service officer. Since June 2009, he has worked directly under Avigdor Lieberman, Israel’s far-right foreign minister known for proposing policies seen by many as hostile to the state’s Arab citizens. But Khaldi speaks highly of his boss. “I think he is one of the most realistic, of course, but honest and direct politicians in Israel,” he said of Lieberman.

Lieberman’s party, Yisrael Beiteinu, proposes, among other things, a peace plan with the Palestinians by which Arab citizens of Israel living in certain parts of the country would lose their Israeli citizenship and become citizens of a fledgling Palestinian state. Asked his view of this stand and others that the party took during the 2009 elections, Khaldi responded, “First of all, nothing about it is illegal, nothing about it is anti-democratic.” His reaction was similar when asked about the proposed loyalty oath bill being advanced in the Knesset. The bill, first proposed in slightly modified form by Lieberman, would require new non-Jewish citizens to swear allegiance to a Jewish state.

“Lieberman’s views are well known,” said Nuri el-Okbi, 68, a longtime Bedouin activist. “He is a racist who discriminates against the Arab citizens of Israel.”

El-Okbi does not think that Khaldi should work with Lieberman in the foreign ministry. “He cannot

change anything from inside,” el-Okbi said. “The Arab citizens of Israel will not be helped in any way by having him there. On the contrary, it serves the interests of Lieberman and his party.”

Khaldi said that he chose to join Israel’s foreign service after two Bedouin friends of his were killed during the second intifada. “I have a right; I am part of the country,” he said.

Soon after graduating from the Foreign Service training course, Khaldi was enlisted as the government’s spokesman to the Arab media during the withdrawal from Gaza. Later, he spent three years as deputy consul in the Israeli consulate in San Francisco. Today he advises Lieberman on Arab affairs.

Notwithstanding his role as an Israeli diplomat, Khaldi said that his government has failed to engage the Negev Bedouin. “They’re not talking to them. They’re just dictating,” he said. He thinks that the Bedouin need infrastructure investments in their villages, community centers, educational opportunities and a form of affirmative action — things that the government must provide.

But the current absence of these services doesn’t keep him from working for, and representing, the Israeli government. “What’s the alternative? We have to be full partners in the discussion on policymaking about our future and our status and our position,” he said.

Benjamin counts himself among those skeptical of Khaldi’s ability to help his community from within the Israeli system.

“I understand why some Bedouin would take an accommodationist approach,” he said. “In the abstract I can’t fault that as a strategy, but the evidence for the success of that approach has been so minimal that most people who are active in social services, active in the community, don’t really see that as the right way to go.”

Khaldi disagrees. “The easiest thing is to raise your hands and say, ‘I’m discriminated against,’” he said. “I am less complaining. I don’t think that leads you anywhere.”

Ishmael Khaldi: A Bedouin, a Muslim And an Unlikely Israeli Diplomat