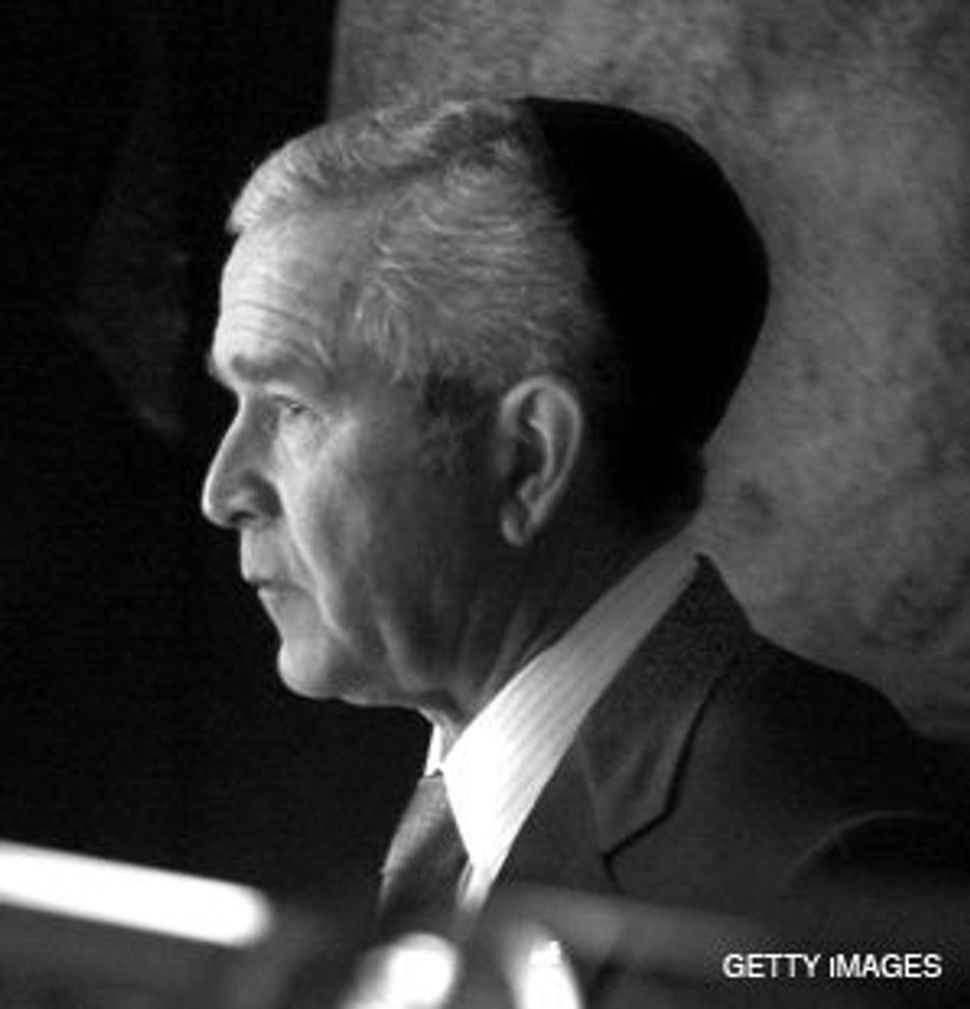 HEADING EAST: On President Bush?s last visit to Israel he made a stop at Yad Vashem. This time around he will be celebrating Israel?s 60th anniversary.

Washington – An unfolding corruption investigation against Israel’s prime minister, Ehud Olmert, has lowered already limited expectations for President Bush’s upcoming trip to the Jewish state. On May 14, Bush will embark on his second trip this year to Israel, where he will attend events marking the 60th anniversary of its independence. 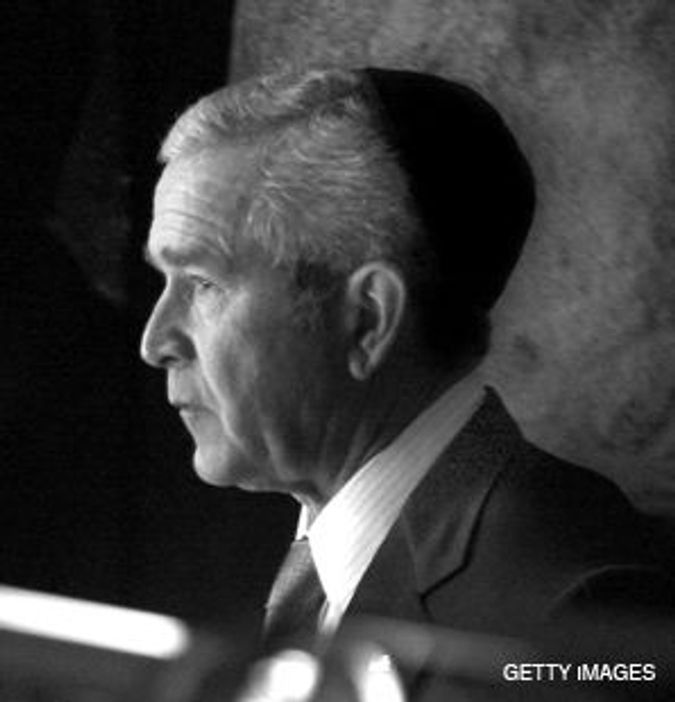 HEADING EAST: On President Bush?s last visit to Israel he made a stop at Yad Vashem. This time around he will be celebrating Israel?s 60th anniversary.

While the Bush administration had hoped to present a draft agreement on the borders of a future Palestinian state during the president’s visit, efforts at reaching a breakthrough in the peace process appear to have been tempered, at least in part, by the rising uncertainty about Olmert’s political future. Already, Palestinian officials have declared that at present “there is no partner” in Israel who can make major decisions.

The president’s announced goal of reaching an Israeli-Palestinian agreement by the time his term in office ends in January 2009 is now widely dismissed by regional players as unrealistic. The administration has responded in recent weeks by subtly redefining its aims, and it is now stressing the need to reach an agreement only on the contours of a future Palestinian state, rather than finalizing a deal that would address all the core issues of the conflict.

“We’re under no illusions that things are going to happen immediately,” White House spokeswoman Dana Perino said April 28, when she announced the president’s upcoming trip. “There’s a lot of deep-seated history that has to be addressed if they’re going to define a state by the end of the year.”

In preparation for Bush’s visit, Secretary of State Condoleezza Rice traveled to the region this past week. According to Israeli press reports, she urged Israeli and Palestinian leaders to come up with a document regarding borders by the time the president arrives. Such a paper could have been presented as a crowning achievement of the administration’s Middle East peace efforts and as a significant breakthrough in final-status talks between Israelis and Palestinians.

But the divergent reactions to Rice’s offer appear to indicate that a significant gap still exists between the Israeli and Palestinian positions. The Israelis seemed to embrace the idea, and while not officially confirming that such a paper was in the works, Olmert’s office reported “significant progress” in talks. The Palestinians, on the other hand, said an agreement was not in reach even on the border issue, which is widely viewed as the easiest to solve among the core issues.

“The gulf is still wide in the negotiations with the Israeli side,” said Nabil Abu Rudeineh, a spokesman for Palestinian Authority President Mahmoud Abbas. He added that Palestinians still expect a complete Israeli withdrawal to the 1967 borders.

Senior administration officials told representatives of Jewish organizations in recent weeks that a major breakthrough should not be expected during Bush’s visit and that while talks between the two sides are continuing, the gaps remain significant. The officials added that Bush will not be carrying any new ideas with him when he travels to the region.

Bush’s visit to the Middle East comes only weeks after his White House meeting with Abbas, a meeting that the Palestinians described as disappointing. In their talk, Abbas reportedly asked the administration to pressure Israel to freeze settlement activity and take steps to ease daily life in the West Bank. Palestinian sources said Abbas did not receive a satisfactory response from Bush on these issues and that he left the White House with nothing more than a general assurance that reaching an agreement on creating a Palestinian state by the end of the year is still a goal of the administration.

Bush’s schedule in the Middle East does not include a three-way meeting with Abbas and Olmert. He will, however, meet with leaders of Egypt, Jordan and the P.A. in the Egyptian resort town of Sharm el Sheikh.

“This did not seem the time for a big high-level, three-way event,” said Stephen Hadley, national security advisor, in a May 7 press briefing on Bush’s visit.

Israeli and American officials have refrained from publicly commenting on the impact the investigation into Olmert may have on efforts to reach a peace accord, but Palestinian negotiators have said that if the Israeli political system destabilizes as a result of Olmert being forced to resign, there is no hope of reaching an agreement this year. A senior Palestinian official was quoted on the Israeli Web site YNet as saying that holding negotiations with Olmert while the probe is going on might prove to be “a waste of time.”

In Washington, however, when asked about Olmert, Hadley stressed that the future of negotiations does not depend on any individual player but that Olmert was “obviously a very important part of these peace negotiations.”

“Remember,” Hadley said in the press briefing, “these are negotiations going on between the government of Israel and the Palestinian administration.” An Israeli official told the Forward that while a draft agreement on borders is not expected to be reached during Bush’s visit to the region, the ongoing talks between Olmert and Abbas are “the most serious” to have ever been conducted, since they have touched upon all the basic issues dividing Israelis and Palestinians.

Accompanying Bush on his visit to Israel will be some two dozen American Jewish leaders, who will travel separately but join the president at his public events. The list, which according to Jewish officials is larger than similar contingents in the past, will consist of senior Republican Jewish activists as well as leaders from a number of major Jewish groups.

During his visit, Bush will attend “Facing Tomorrow,” a conference convened by President Shimon Peres to discuss the future of the Jewish people. He also will give a speech at the Knesset and will travel to the top of Masada, the first-century fortress in the Judean desert. The fortress became a symbol of Jewish resistance during the time of the Roman rule.