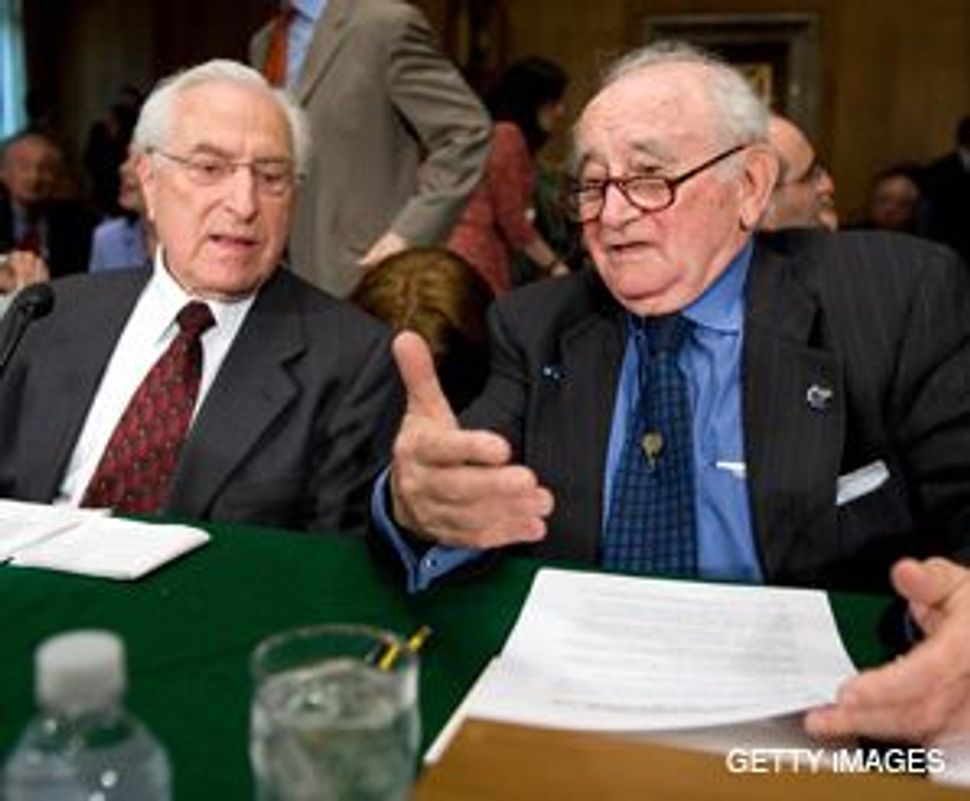 An Israeli television program broadcast on the eve of Holocaust Remembrance Day has drawn the main organization that distributes Holocaust restitution funds into ongoing battles about the financial condition of Israeli Holocaust survivors. 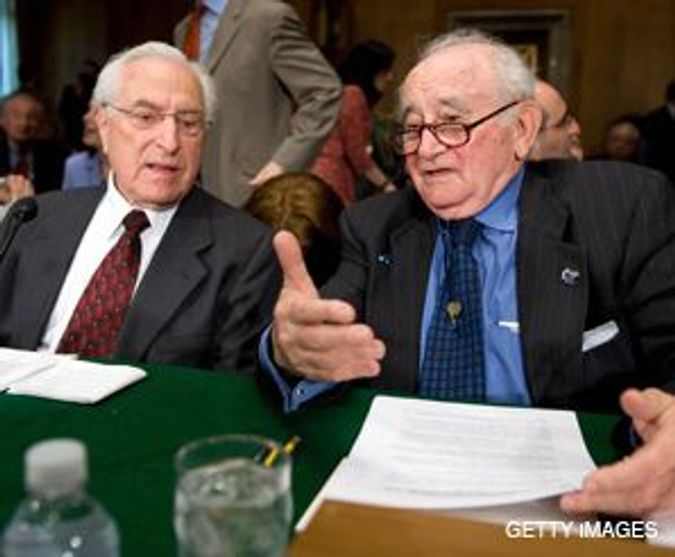 “Reparations Ethics: The War Continues,” aired on Israeli television April 27 and again April 30. The film criticized the Conference on Jewish Material Claims Against Germany for misspending funds and for being unresponsive and insensitive to the suffering of aging Holocaust survivors. The Claims Conference, which negotiates and distributes payments to Holocaust survivors, promptly countered that the filmmakers’ attacks were inaccurate.

The film, produced by journalists Orly Vilnai-Federbush and Guy Maroz, was the latest salvo in an increasingly heated battle over compensation to Holocaust survivors in Israel.

Vilnai-Federbush and Maroz produced a film last year that criticized the Israeli government’s performance on the treatment of survivors, which in turn led to political uproar and millions of dollars in additional payments. At the same time, prominent members of the Israeli political establishment have criticized the Claims Conference for being insufficiently responsive to Israel and the needs of its citizens.

“As a result of problems with how Holocaust survivors have been treated badly in Israel, the criticism now also encompasses criticism of the Claims Conference by survivors themselves,” said Michael Bazyler, a law professor who has written extensively about the restitution process.

Since its founding in 1951, the Claims Conference has conducted virtually all restitution negotiations on behalf of Holocaust victims, totaling more than $60 billion. For much of the last half-century, the Israeli government was willing to cede that position to the Claims Conference.

Israel began to push for more control of the Claims Conference in the 1990s, in the wake of massive new settlements with East Germany and from Swiss banks. Benjamin Netanyahu, and a succession of Israeli politicians since, has pushed for greater say in how the Claims Conference is run and for a greater proportion of the money it distributes.

In 2006, the Israeli government and four other major organizations signed an agreement demanding changes at the Claims Conference, including greater Israeli representation on the board. They also demanded that the Claims Conference’s headquarters, currently in New York, be moved to Jerusalem. Observers, however, have suggested that the government’s own poor track record leave it with little standing to demand more control.

“Israel has done a terrible job with Holocaust survivors. Look at every time they’ve been given money to distribute — they’ve done worse [than the Claims Conference],” Bazyler said.

Israel is home to the world’s largest concentration of Holocaust survivors, some 240,000. Survivor groups have estimated that roughly one-third of the survivors live in poverty.

Vilnai-Federbush and Maroz tapped into this frustration a year ago with a documentary that focused on the Israeli government’s failures to care for poor survivors. The documentary sparked protests, including one in which survivors were dressed in concentration camp garb and yellow stars. The political turmoil eventually led to an agreement by the Israeli government to allocate hundreds of millions of dollars in new funds.

Vilnai-Federbush and Maroz are known for making confrontational, opinionated films, in the mode of American documentarian Michael Moore, and the Claims Conference film was no exception. In one scene, an outraged survivor bursts into a Claims Conference board meeting to protest that the board members are waiting for survivors like her to die. In another scene, the journalists file a complaint against the Claims Conference with the New York Attorney General’s Office.

Already, the most recent film has sparked a political response. Knesset member Zevulun Orlev has promised to convene meetings to investigate the allegations and has reportedly threatened to replace the Claims Conference with an Israeli foundation.

The Claims Conference, meanwhile, has struck back, issuing a 27-page rebuttal citing what it says are numerous inaccuracies in the film. In a statement, the organization called the movie “a totally one-sided sensationalist litany of attacks and criticism of the Claims Conference and of organizations and individuals that are part of the restitution process. It is riddled with inaccuracies and distortions.”

The film has also angered one of its investors, Noam Lanir, an Israeli software millionaire and supporter of survivor-related causes. Lanir publicly criticized the film for being inaccurate and one-sided and has demanded his money back.

The filmmakers have staunchly defended their film.

“Every fact we say in the movie is right, and we have proof for it,” Vilnai-Federbush told the Forward. She also accused Lanir of changing his position on what kind of film it should be and of reneging on his financial commitment to the movie. She said that lawyers for her and for Maroz are currently negotiating with Lanir’s representatives. Vilnai-Federbush also welcomed the dispute with the Claims Conference, saying it has brought the movie more publicity.

“Everybody’s talking about it,” she said.

With reporting by Nathan Jeffay