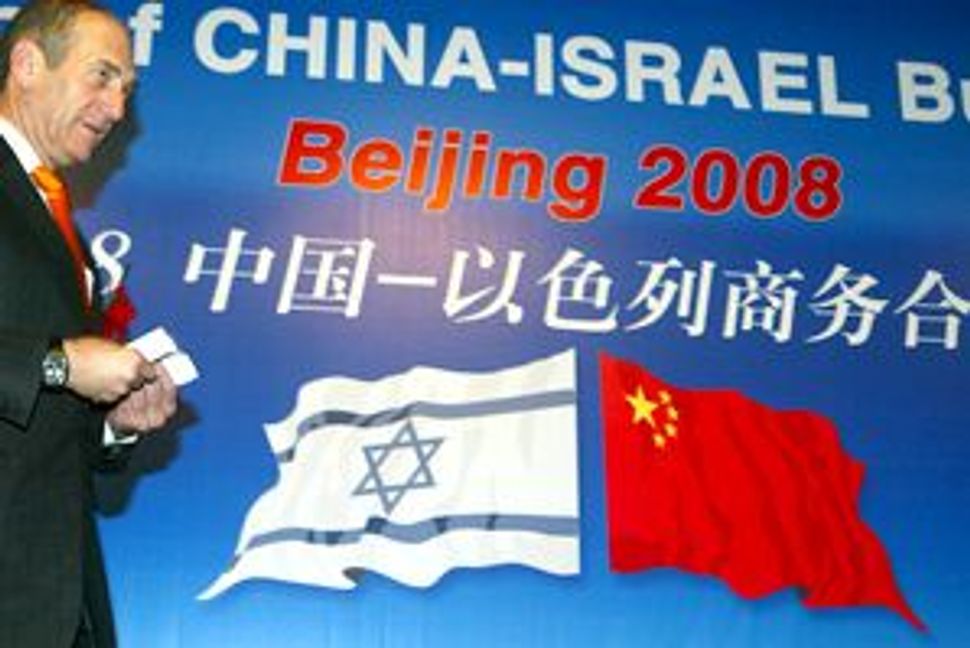 BANNER YEAR: Jewish organizations are divided over whether to support the Olympics in China, one of Israel?s key trading partners.

Jewish organizations are fighting over a proposed boycott of the upcoming Beijing Olympics, due in part to a concern that the campaign could harm Israel’s relationship with China. 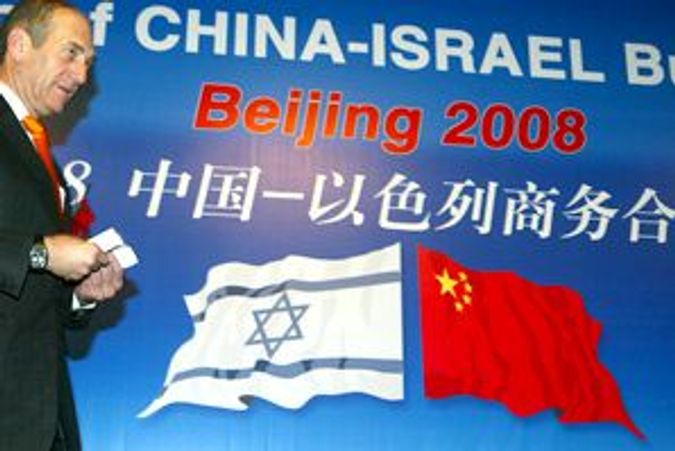 BANNER YEAR: Jewish organizations are divided over whether to support the Olympics in China, one of Israel?s key trading partners.

In recent days, a half-dozen Jewish groups — including the Anti-Defamation League, the Orthodox Union and the American Jewish Committee — have spoken out against a letter, issued by nearly 200 rabbis and communal leaders, that urges Jewish tourists to abstain from the Beijing games, which are set to begin in August. Widespread concern also surfaced during a May 2 conference call convened by the Jewish Council for Public Affairs, with some participants arguing that the Jewish community should not be at the forefront of Olympic activism, according to one participant.

The pushback deals a blow to Jewish activists who view the summer games as an opportunity to influence Beijing to end its role as an arms supplier and oil patron of Sudan, due to the ongoing genocide in the country’s Darfur region. On a more philosophical level, the disagreement over Olympic protests reflects the ongoing difficulty of balancing global activism with international politics, especially where Israel is involved.

Despite widespread concern over China’s policies in Darfur and Beijing’s broader human rights record, opponents of the boycott worry that Jewish outspokenness on those issues could jeopardize ties between Israel and China, a key trading partner that has shown some support for taking action against a nuclear Iran.

“It happens, whether rightly or wrongly, that many in countries like China believe that what we Jews do anywhere around the world is directed by Jerusalem,” said Zalman Shoval, who served as the Israeli ambassador to the United States during the 1990s. “I would not be happy to see Jewish leaders or Jewish people in America be in the very lead of the boycott.”

Numerous protesters — including those focused on Darfur, the suppression of activists in China’s Tibet region and Beijing’s overall human rights record — have publicized their grievances in recent weeks, as the Olympic torch relay made its way around the world. Last month, several Jewish groups, including the Reform movement, the JCPA and the American Jewish World Service, which has been at the forefront of Darfur activism, were among a number of groups that issued statements calling on President Bush to boycott the opening ceremonies of the Beijing games.

The current debate over Olympic activism stems from an April 30 letter urging Jews around the world to stay away from Beijing this summer in order to demonstrate disapproval of China’s record on Darfur, Tibet and human rights, as well as China’s past support for continuing aid to the Palestinian Authority under Hamas and China’s alleged role as a supplier of missiles to Iran and Syria. Prompted by recent reports that a kosher kitchen is being readied in the Olympic village, the boycott effort was organized by the Washington-based David S. Wyman Institute for Holocaust Studies and by two prominent Orthodox rabbis — Irving “Yitz” Greenberg, former chairman of the U.S. Holocaust Memorial Museum Council, and Haskel Lookstein, head of Manhattan’s Kehilath Jeshurun synagogue. Leaders of an array of Jewish organizations and movements signed the letter, including Rabbi Eric Yoffie, president of the Union for Reform Judaism; Neil Goldstein and Richard Gordon, respectively executive director and president of the American Jewish Congress, and Rabbi Joel Meyers, executive vice president of the Conservative movement’s Rabbinical Assembly.

“Having endured the bitter experience of abandonment by our presumed allies during the Holocaust, we feel a particular obligation to speak out against injustice and persecution today,” the statement reads. “We remember all too well that the road to Nazi genocide began in the 1930s with Hitler’s efforts to improve the public image of his evil regime. Nazi Germany sought to attract visitors to the 1936 Olympics in order to distract attention to the persecution of the Jews.”

In response, a number of Jewish organizations criticized the letter — and the parallel it drew between contemporary China and Nazi Germany.

“We believe that these comparisons are inappropriate,” the ADL said in a statement. “China is a complicated society that is changing and opening up in many ways, and one simply cannot equate the Beijing Olympics with those games in Nazi Germany on the eve of the Holocaust.”

Although the ADL’s statement did not explicitly link disapproval of the boycott to concerns about its effect on Israel, the organization has tended to take a cautious approach to issues that its representatives believe could embroil the Jewish state in controversy. Last summer, the ADL’s national director, Abraham Foxman, opposed official American recognition of the Armenian genocide — a move vociferously resisted by Turkey, a key Muslim ally of Israel — only to find himself frantically diffusing a diplomatic crisis with Ankara after, under the pressure from others in the American Jewish community, he referred to Turkey’s actions during World War I as “tantamount to genocide.”

In addition to the ADL, several Orthodox groups have rejected the China boycott campaign: the O.U., Agudath Israel of America and the National Council of Young Israel, as well as the AJCommittee and B’nai B’rith International.

Rabbi Tzvi Hersh Weinreb, the outgoing executive vice president of the Orthodox Union, said he shared the concerns of the letter writers but believed that the letter had little chance of swaying China, while it comes with a host of possible negative side effects, including a rise in worldwide antisemitism and new ammunition for those seeking to boycott Israel.

“The real question is about the wisdom of a tactic of a boycott coming purely from a Jewish group,” Weinreb told the Forward. “When people take action in the international arena, they really have to consider all the possible ramifications.”

Jewish leaders had a chance to discuss the issues raised by the letter during a recent conference call convened by the JCPA, a national umbrella advocacy group that represents the public relations offices of local Jewish federations.

Steve Gutow, the JCPA’s executive director, said the consensus of the call had been that, going forward, Jewish groups should take part in Olympic campaigning as part of broader interfaith coalitions — a tactic, he said, that also had a better chance affecting the Chinese government. Yoffie rejected the notion that the China campaign would hurt Israel.

“We have to be aware of geopolitical realities — nobody can dismiss that,” Yoffie said. “But Israel’s cause is a moral cause, and ultimately we are effective as an American Jewish community when we speak to our common values… and when we speak out on the great moral issues of the world, including those that don’t directly impact us.”