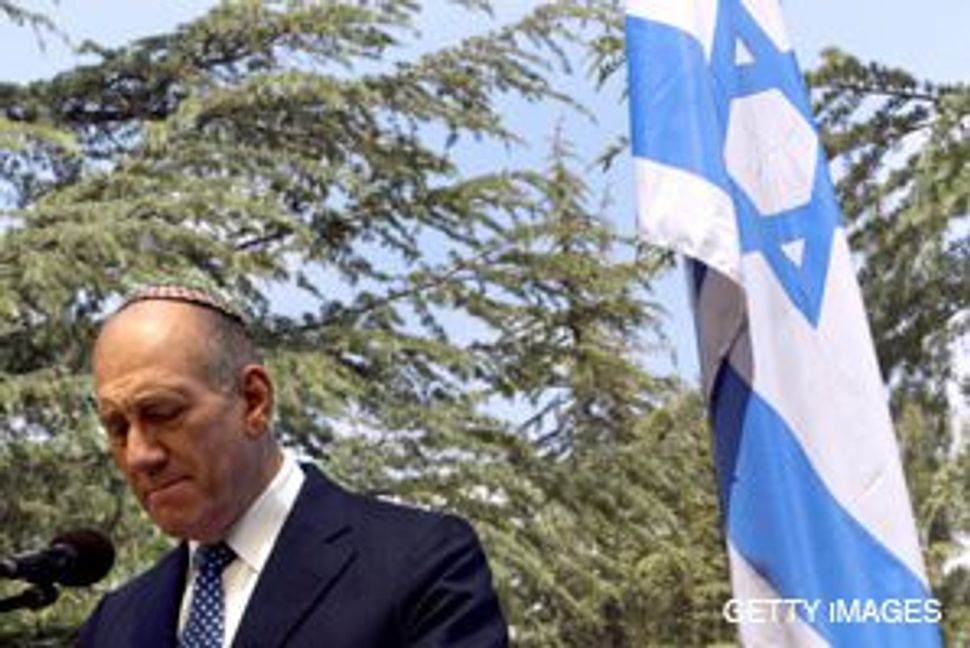 UNDER INVESTIGATION: While Israel was celebrating its 60th anniverary, a cloud of suspicion surrounded Prime Minister Ehud Olmert, who is facing allegations that interests to which he is tied received funds from the New York-based fundraising arm of The New Jerusalem Foundation.

Washington – A Jerusalem foundation with a fundraising arm based in the suburban home of a Long Island businessman is being probed in Israel in a corruption investigation that is threatening to bring down Prime Minister Ehud Olmert. Investigators are looking into allegations that The New Jerusalem Foundation and Morris (Moshe) Talansky, who heads its American fundraising efforts, served as a conduit for fund transfers to interests tied to Olmert. 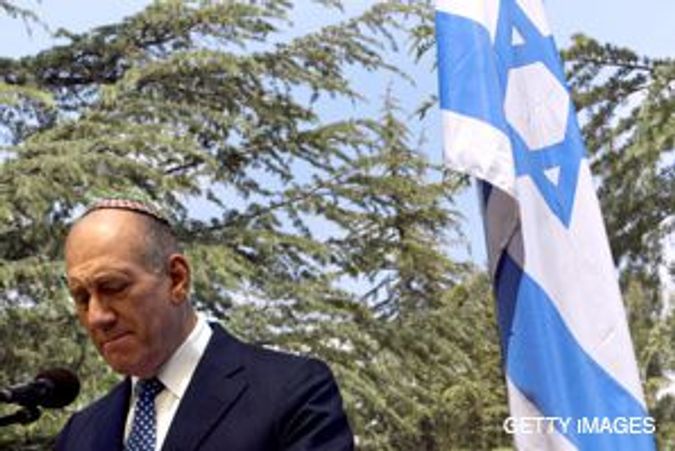 UNDER INVESTIGATION: While Israel was celebrating its 60th anniverary, a cloud of suspicion surrounded Prime Minister Ehud Olmert, who is facing allegations that interests to which he is tied received funds from the New York-based fundraising arm of The New Jerusalem Foundation.

The case is being described in the Israeli press as the most serious of three investigations currently being conducted into Olmert’s affairs. As details of the Talansky investigation surfaced, officials involved in the probe suggested that Olmert might be forced to step down, at least temporarily, once the investigation is completed. Other sources in the Justice Department dismissed such suggestions, however, saying it is too early to judge how the investigation will affect Olmert’s political career.

According to Israeli sources, investigators are probing allegations that Talansky served as a conduit between American donors and Olmert, as well as allegations that Talansky himself provided funds to Olmert. On May 6 the Jerusalem district court heard a request from the attorney general’s office to depose Talansky, 75, who is not an Israeli citizen. The court was expected to decide on the request by the end of the week.

According to Israeli sources, Talansky is cooperating with police investigators, and regardless of the court’s ruling is expected to be allowed to return to the United States. The request to depose Talansky before the trial begins is being described in Israel as an unusual step, and legal experts said it indicates the importance of his testimony to the investigation.

Investigators are reportedly also looking into allegations that Shula Zaken, a longtime personal assistant to Olmert, kept a detailed journal of the money transfers.

Talansky and Olmert first crossed paths when the Long Island businessman directed the American fundraising operation for Shaare Tzedek Hospital and the then-mayor was a guest at events organized by the group in the United States. But it was Talansky’s role in The New Jerusalem Foundation that brought him into closer contact with Olmert.

Olmert served as head of The New Jerusalem Foundation until he left the municipality in 2000 for the Israeli parliament. The current president of the charity is the incumbent mayor of Jerusalem, Uri Lupoliansky.

The New Jerusalem Foundation was registered as a charity in the United States first in New Hampshire and later in New York. Talansky serves as the foundation’s treasurer, and his private home in Woodsburgh, N.Y., is listed as the foundation’s address. Calls to Talansky’s residence by the Forward were not returned.

According to 2006 tax filings, 84% of the money raised in the United States by The New Jerusalem Foundation was transferred to its affiliated entity in Israel. The funds were used to support a variety of causes, including support for educational programs and victims of terrorism. A source involved in American Jewish fundraising said The New Jerusalem Foundation’s base of donors comprises mainly Orthodox Jews and Evangelical Christians.

An ordained Orthodox rabbi, Talansky has three children, one of whom lives in Jerusalem in the ultra-Orthodox neighborhood of Har Noff and previously served as head of a yeshiva. Although Talansky sat on the board of Yeshiva University until last year and was previously involved with several other charities, Jewish communal officials contacted by the Forward said he was not a particularly well-known figure outside of his local community.

An acquaintance of Talansky who asked not to be identified told the Forward that Talansky was a “very successful fundraiser for Shaare Tzedek and a very generous person.” The acquaintance also said Talansky was known for his work with newly converted Jews in Great Neck, N.Y., where he had previously lived.

The Long Island businessman is party to a pending lawsuit in New York against Israel Aircraft Industry, which is partially owned by the Israeli government. Talansky was among several investors in an Israeli satellite-imagery company that was forced by the Israeli Defense Ministry to stop selling satellite images to the Venezuelan government, according to court filings. The lawsuit alleges that the Defense Ministry’s decision cost Talansky and his partners millions of dollars.