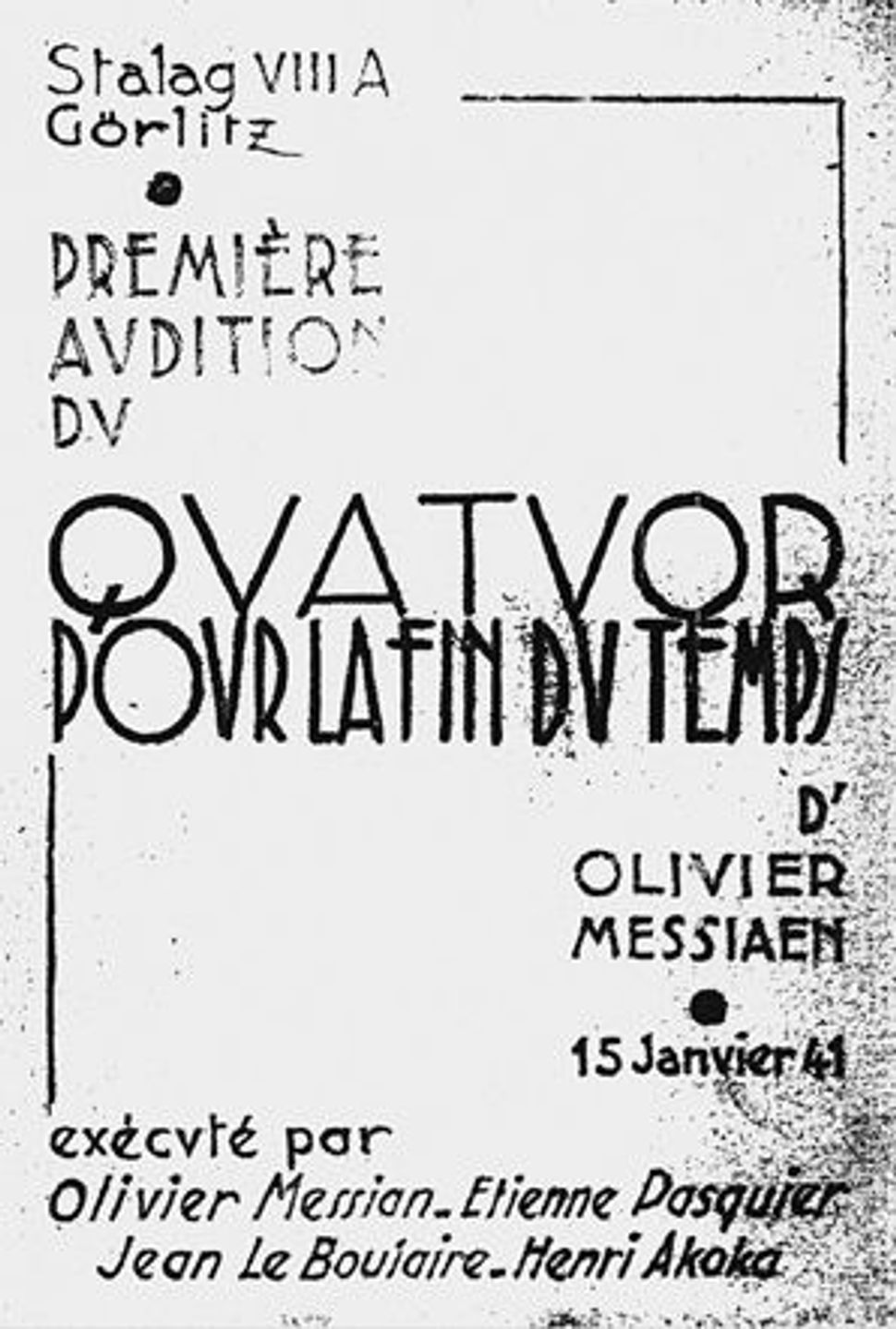 Olivier Messiaen’s “Quartet for the End of Time,” which premiered in Stalag VIIIA on the Polish-German border in sub-zero weather in January 1940, has become one of the most acclaimed and performed works of the 20th century. In May alone, there are two major performances scheduled in New York: one by Mitsuko Uchida & Friends at Carnegie’s Zankel Hall on May 17, and another at Town Hall on May 5 by Peter Serkin, who for this concert has reconstituted the quartet he founded nearly 40 years ago specifically to play this music. 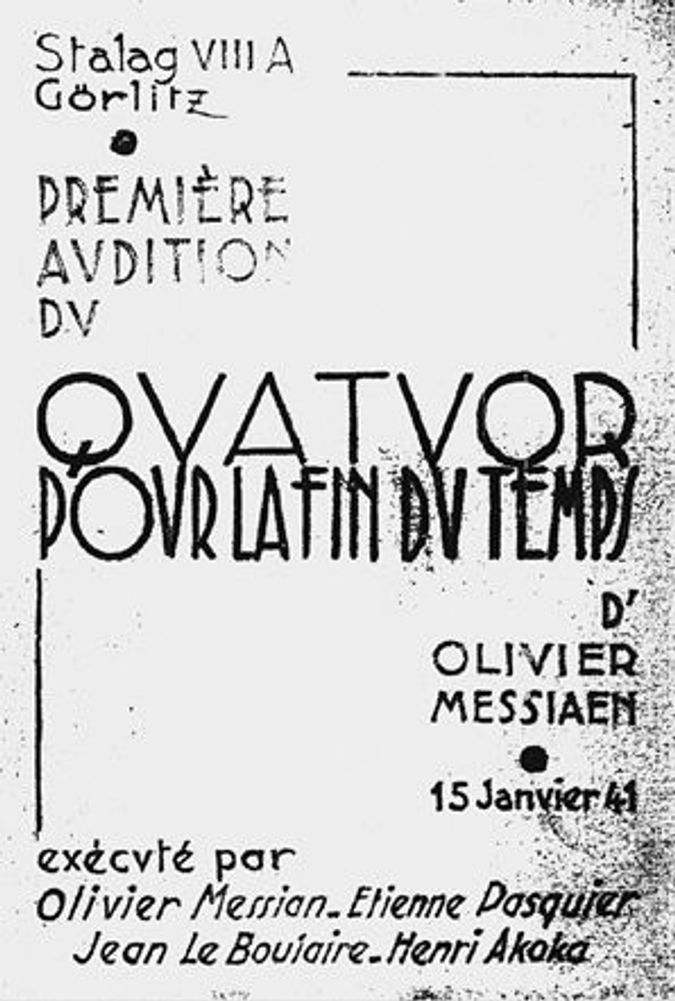 Now, debunking or clarifying some of the myths and uncovering new surprises about this work, Rebecca Rischin’s landmark book, “For the End of Time: The Story of the Messiaen Quartet” (published in 2003 and updated in 2006), examines the aura of the remarkable work and its historical context. As other writers have before, Rischin reports that for the French POWs, life in this transit camp was difficult, but by no means as hellish as in the death camps. (Even Messiaen himself made this point, when I interviewed him in 1988.) But most especially Rischin also brings into focus two characters in particular, without whom this composer’s life and career might not even have been saved: Henri Akoka and Karl-Albert Brüll.

Messiaen’s fellow prisoner Akoka, the clarinetist, turns out to have been Jewish, and a daredevil in possession of the only musical instrument in the camp. An eternal optimist who charmed everyone, Akoka was an Algerian Jew, a self-taught intellectual and one of a large family of musicians. He insisted that if Messiaen believed God willed him to be a prisoner, he should at least compose something interesting for him and others to perform.

Brüll, on the other hand, was a bilingual Belgian camp guard who happened to be anti-Nazi; he not only made the composing possible, providing scarce paper and isolation for composing, but he also helped acquire the three other instruments. By forging papers with a stamp made from a potato, Brüll even connived for the musicians’ liberation shortly after the performance. The ruse worked for Messiaen and the cellist. The composer made it back to Paris, and within months was installed as professor of harmony at the Paris Conservatoire. He took the place of André Bloch, who was forced out by the Statut des juifs, the infamous Vichy laws that forbade Jews to occupy any position of influence. After the war, Brüll made a special trip to visit the composer he’d helped, but when he arrived at the door, Messiaen sent word, without explanation, that he refused to have him admitted.

Unfortunately, Brüll’s liberation scheme did not succeed for Akoka, as another guard pulled him off the truck at the last moment, surmising him to be Jewish. But Rischin reports that Akoka’s motto was “A prisoner is made for escaping.” After two more attempts, Akoka did manage to get away by jumping from a moving transport train — with clarinet under his arm. At great personal risk, a local doctor hid him for the month it took to heal his injuries from the jump. On May 16, 1941 — the same day that Messiaen sent the score of his quartet to his publisher — Akoka arrived in the French Free Zone to resume his orchestra job. In December 1941, Akoka’s father, Abraham, was arrested by the French police. Messiaen, by this time already installed in Paris, refused to intervene on his friend’s behalf. The police handed Abraham to the Germans, and to his death in Auschwitz.

Akoka lived until 1975. Although he often played Messiaen’s music with the orchestra, there was no personal communication between the two men again, except for a letter of condolence from Messiaen to the Akoka family upon Henri’s death.

A product of apocalyptic time and circumstances, the work was inspired by the apocalypse of the New Testament. A devout Catholic, Messiaen makes overt theological associations within the work that have always raised questions. Rischin discusses the question of whether music can be theological at all, but, curiously, the detailed history has numerous references to the presence of priests (for example, at a talk given before the Stalag VIIIA premiere), of churches etc., that are mentioned only in passing.

Rischin brings back to life the extraordinary people and times behind the “Quartet for the End of Time,” whose creation, she makes clear, could have happened only exactly when it did. And she makes one hear all these voices within this extraordinary, timeless music.

Raphael Mostel is a composer based in New York City who writes on the arts. He is currently associate adjunct professor of architecture at Columbia University Graduate School of Architecture.