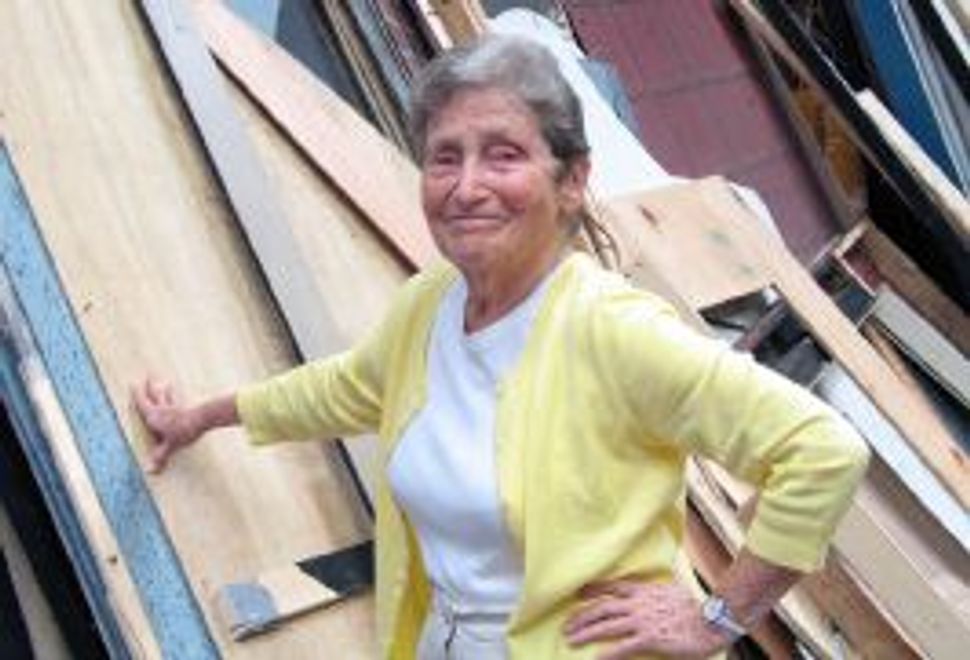 Irene Backalenick, 89, has been writing reviews of Jewish theater for over half a century. Image by Jonathan Slaff

This quickly written e-mail is classic Irene Backalenick, consumed by her search for well-written plays, memorable acting and script-faithful yet thought-provoking directing: 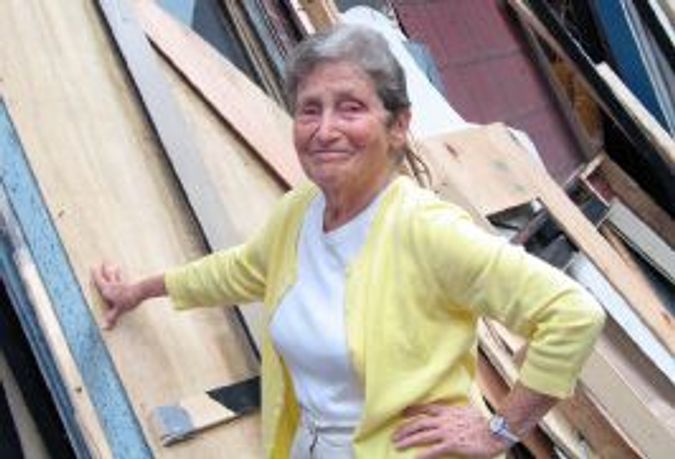 Irene Backalenick, 89, has been writing reviews of Jewish theater for over half a century. Image by Jonathan Slaff

“i’m trying to work this one out….the fringe festival, with its numerous plays, is all over downtown manhattan, scattered in place and overlapping in time….it’s difficult to schedule, but i’m planning to write an overview piece on its jewish shows.

ps—i’m turning 89 in two weeks, so who knows when i’ll run out of steam and collapse — perhaps during this crazy festival, but i expect to exit this life, when it happens, sitting in the fifth row center watching a marvelous play…..irene”

In her 90th year, Backalenick is still navigating her way through the labyrinth of New York, unafraid of searching for new basement theaters or of mingling with the festive crowd at an opening on Broadway.

“[I] get around New York mostly by walking or by subway…. I’ve been known to sprint across Grand Central Station, barely making the train,” she said in an e-mail interview with the Forward.

Backalenick, a prolific critic of Jewish theater in New York City and Connecticut for more than half a century, recently wrote her 100th review for All About Jewish Theatre (www.jewish-theatre.com), the world’s largest Jewish theater website. Her articles have been printed in publications as diverse as The New York Times, The Christian Science Monitor and The Jewish Post & Opinion.

It was during the 1920s, when Americans were crowding around their radios to listen to a thin-voiced Enrico Caruso sing arias from Italian operas, that Backalenick got her first introduction to theater. In those days, many middle-class families went all out to give their daughters lessons in music, tap dancing and poetry. Backalenick did so well with her recitation of poetry that she was booked at various halls in Rhode Island.

But growing up Jewish in the “Ocean State” in the 1920s and ’30s, Backalenick quickly learned about the reality of anti-Semitism. Even though she longed to be part of her peer group, she overheard the grandparents of one of her best friends whisper, “Irene’s a nice little girl, even though she’s Jewish.” For Backalenick, “being Jewish meant being substandard, below par, somehow shameful,” she said.

Backalenick recalled prewar Providence, with its “separate communities, each ethnic group confined to its own location and its own identity. There was a hierarchical structure.”

She said that “though my parents had severed all connections with their ancestral past, as had many Jews of that generation, they maintained those prejudices [against other ethnicities]. Examined in later life, I saw it as a defensive measure. Jews had had a long history of shabby, unfair treatment…and they paid it back in kind. Yet, at the same time, my mother looked down on Yiddish accents, carefully seeking out an accent-free husband.”

After graduating from Pembroke College, now part of Brown University, in 1946, Backalenick moved to New York, where she got a job on the editorial staff of a small Zionist paper, The Answer. As a political neophyte, Backalenick was not interested in politics, but the position gave her the opportunity to edit copy about cultural events with Jewish themes. She even covered the founding of Israel. “For me, it was the beginning of a true and dawning sense of identity with my Jewish roots,” she explained.

With the end of World War II, a new life began for many people. For Backalenick, “it was the marrying time.” Bill Backalenick won her hand. But as decades passed, Backalenick, although happily married, began to recognize a yearning for something more.

“I came to theater by way of journalism. Working for small Connecticut newspapers, I found that an editor would occasionally throw theater tickets on his desk for any staff member who wanted to cover a show. I found this far more interesting than covering crime or politics.”

Backalenick eventually enrolled in a summer program at Oxford University. “Seeing Shakespeare and other productions all over England, I fell in love with theater,” she said. She was accepted into the doctoral program in theater history and criticism at The City University of New York. “I realized that the history of theater is the history of the human race. Thus began a new journey.”

Backalenick received her doctorate with her dissertation, “East Side Story: Ten Years with the Jewish Repertory Theatre,” published in 1988 by the University Press of America. It became the definitive book on the subject and won national awards, including a first-place National Book Award in history.

Many years of writing theater reviews of major shows in New York and Connecticut followed. Backalenick said that “over the years, I’ve tended to be gentle, muting the criticism or not even mentioning poor performances.… But of late, I’ve become blunter, more ornery, letting the arrows falls where they may. It’s probably an indication of old age.”

Indeed her work schedule has slowed in recent years: “Maybe six or seven shows a month. I used to cover that many in a week,” she said.

While she mentions some favorites from over the years (plays put on at the Jean Cocteau Repertory Theatre and at the National Yiddish Theatre — Folksbiene, and many works by Tom Stoppard, Elizabeth Swados and David Mamet and — of course — Harold Pinter), she says that for her, “it’s a matter of genre…. I’ve always been intrigued with theater that is innovative, experimental, off-beat. Thus my arena of choice has been off-Broadway and off-off-Broadway.”

She says that despite the economic hardship many theaters face, and the competition from film, television and Web-based entertainment for the attention of the public, she is optimistic about theater’s role in contemporary society: “There’s some kind of human need to have that living, breathing players-audience exchange. Recently, observing a group of excited young kids, my own grandson among them, put on a version of [Shakespeare’s] ‘Twelfth Night,’ I came away with hope for the future.”

Henrik Eger is a playwright, theater critic and professor of English and communications at Delaware County Community College, in Pennsylvania.