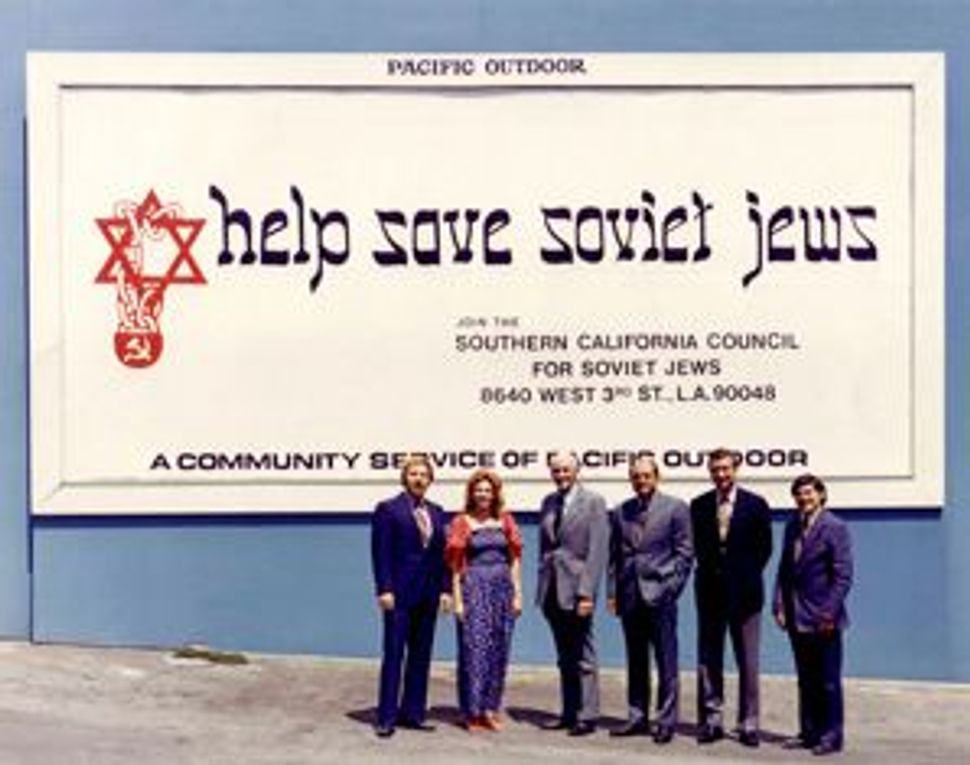 Laura Bialis’s documentary, “Refusenik,” released this month, is the first retrospective film chronicle of the 30-year international struggle to free Soviet Jewry. Based on extensive interviews with principals on both sides of the Iron Curtain, and bursting with rare and revealing archival footage of Soviet Jewish life, the film shows how a crusade that began with a handful of American college students grew into an international movement that successfully imposed a human rights agenda on American foreign policy toward the Soviet Union during the years of detente. Alexander Zaitchik recently spoke with Bialis from her new home in Sderot, Israel, about the film and how it has influenced her life and work. 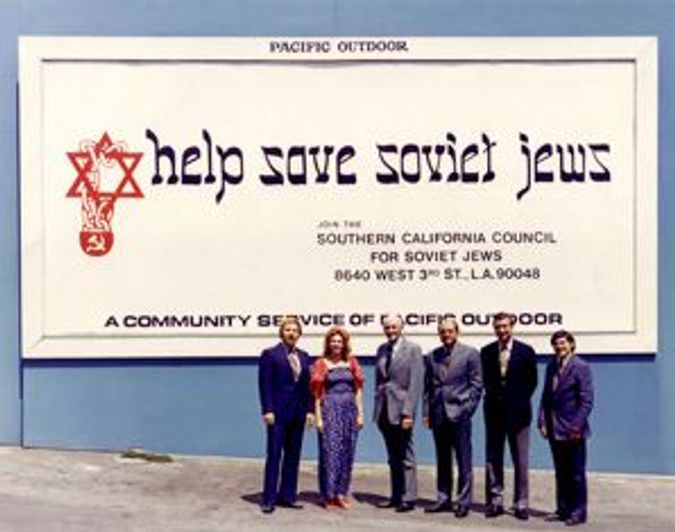 Alexander Zaitchik: How did you come to the subject of the movement to free Soviet Jewry?

Laura Bialis: It was recommended to me in Omaha, Nebraska, at a screening of my film “Tak for Alt,” my first feature documentary about Holocaust survivor-turned-civil rights activist Judy Meisel. At first I was reluctant, because I didn’t want another project where I would have to raise my own funds. But members of the Omaha Jewish community were convinced I was the right person to make the film. They approached Shirley Goldstein, who had been a well-known Soviet Jewry activist in the community. Shirley gave the seed grant and helped me get the contacts I needed to get the film going.

A.Z.: You started researching the film in 2002. Did you ever imagine it would take more than five years to complete?

L.B.: No. It was supposed to be a two-year project. I never dreamed it would take this long. But it was worth it.

A.Z.: The story must have changed quite a bit over five years. How did the final cut differ from the film you set out to make?

L.B.: At first I thought our story was about the American activists. I was working for about a year before we raised enough funds to come to Israel to interview the refuseniks. After that, everything changed. I realized that they were the focus of the story. The most difficult thing was the richness of the story — so many amazing details spanning 40 years that wouldn’t fit into a two-hour film. I have this dream of expanding the project into a DVD series of five or six hours. And I’d like to work with educators to make a DVD that can be utilized interactively in the classroom. It’s all about funding, which is the hardest part.

A.Z.: Even at two hours, the film is a treasure trove of footage, especially of daily life in the Soviet Union.

L.B.: Treasure trove is right. It is amazing what was out there in terms of archival material. I wanted to make sure we found almost everything possible. We dug through people’s garages, attics, archives at universities — just boxes and boxes of material. At one point I realized I knew the subject very well when, deep into a box at a human rights archive, I came across a photo, and on the box there was a question mark with the note “Unidentified man.” I picked up the photo and turned to one of the archivists and said, “I know who this is — it’s Yosef Mendelevitch!”

A.Z.: When did you decide to forgo the use of a traditional narrator? The interview subjects carry the film so well, the film was almost over before I realized there was no voice-over narration.

L.B.: It was always my idea to let the refuseniks and activists tell their own story. This is a technique I use often, but here I was absolutely convinced that this was the right way to go. I fought hard to make this work, and it took time in the editing room, but I really believed that the voice of a narrator would just be inappropriate. This battle was waged by people, a huge network of individuals. I thought there was no better way to get that across than to let them speak for themselves.

A.Z.: The film makes clear the degree of strength of some of the bonds that formed between Soviet Jews and their Western supporters. What became of those networks and friendships?

L.B.: Many of the Soviet Jewry organizations in the film are still around and are still actively working on related issues, such as antisemitism in the former Soviet Union. But the most amazing things that have lasted are the networks and friendships among the activists themselves. Many of them are very close to this day. But now instead of telephone trees, they are all e-mailing each other.

A.Z.: One of the most surprising aspects of the story for me was the extent to which the movement to free Soviet Jews grew not out of the 1975 Helsinki Accords but rather the civil rights movement of the early 1960s. I was particularly struck by the footage of the African American teenagers holding signs saying “Why No Matzoh?” and “Let My People Go,” referencing Soviet Jewry.

L.B.: Yes, it is amazing that the movement came out of the civil rights movement and was supported by leading figures such as Bayard Rustin and Martin Luther King. Another amazing thing is how the movement paved the way for so many other human rights causes after it. Some of the activists’ techniques in dealing with the press, government officials, all sort of things, these were often never-been-tried, crazy, hair-brained schemes. But they worked, and have since been used in every other human rights movement we can think of.

A.Z: What do you hope the film accomplishes, aside from helping to fill out our historical understanding of a major event in modern Jewish history?

L.B.: I hope that people will come to see the film and that they will bring their children and grandchildren. Our future leaders need to be reminded of what is possible, and what their parents’ generation accomplished. There are human rights abuses happening all over the world, and they are continuing without much attention. We need to remember that it is possible for normal citizens to change that.

A.Z.: What effects did immersing yourself in this subject have on you personally?

L.B.: The film changed my life. I realized how much each one of us can contribute to what is happening in the world. Working with this material really inspired me not to wait for someone else to change things but to take things into my own hands. That is what I am doing with my next project.

A.Z..: That was going to be my next question, the effects of the film on your work.

L.B.: Last May, I was appalled to see a barrage of Qassam rockets fired from Gaza falling on Sderot. But when I looked in American newspapers, I found mostly articles about IDF [Israel Defense Forces] operations — almost nothing to indicate what was happening inside of Israel. Before, I might have just let my anger subside, but this time I realized that I wasn’t going to wait for The New York Times and CNN to run the story; I was going to go for it. A month later, my crew and I were on a plane to Israel to film in Sderot. The film follows the situation there through the eyes of young musicians who are living under the daily threat of Qassams. Sderot is famous for music and has produced some of Israel’s most famous rock bands. I am focusing on the youth in this city. It’s an amazing subject: living in a war zone and watching people continue to create and make art out of a very traumatic existence. In December, I moved here. We already had two Tzeva Adom [“Color Red”] incoming rocket alerts this morning.

A.Z: And you attribute the film and your move to your experience chronicling the movement to free Soviet Jews?

L.B.: Yes. When I decided to make the film, I called up Natan Sharansky and told him, “I’m making aliyah, and it’s all your fault.”