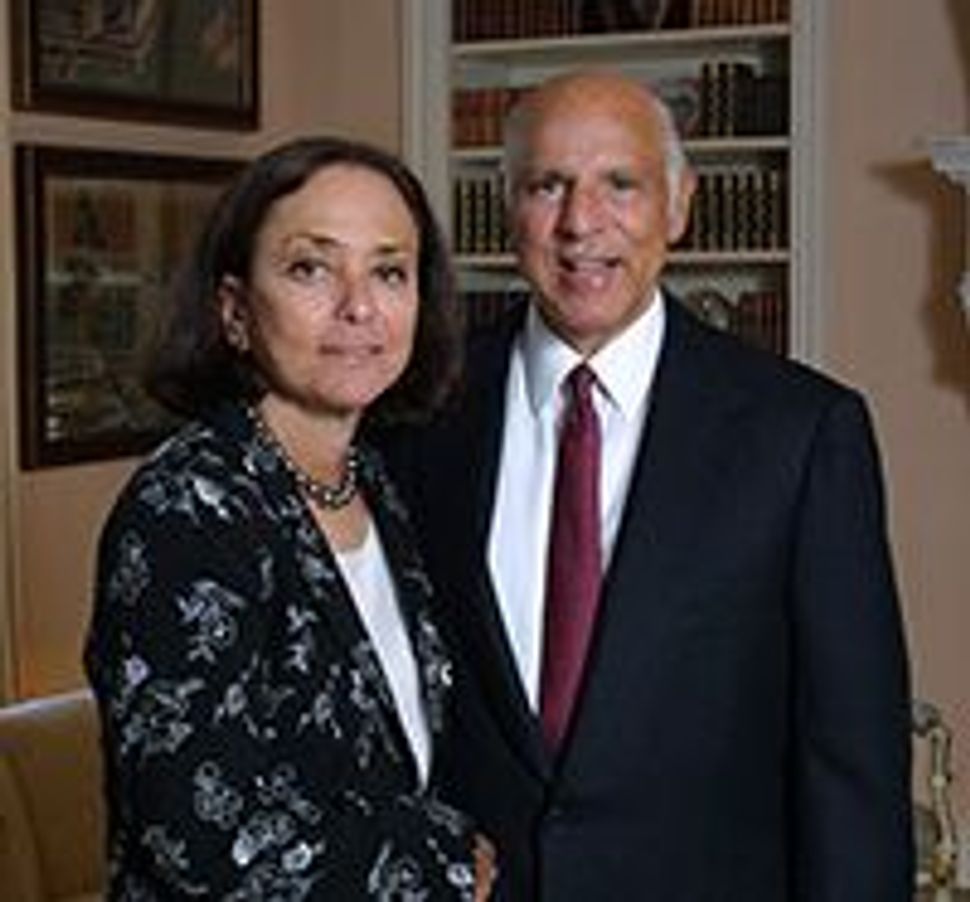 Giving Back: Barbara Picower with her late husband, Jeffry, who may have been an innocent victim of Madoff. Image by Getty Images

Jeffry Picower, the late investor who earned more than even Bernard Madoff did from the fraudster’s huge Ponzi scheme, has long been accused by the court appointed trustee in the Madoff case of knowing the operation was a fraud. But a new filing by the trustee following his settlement with the Picower estate suggests that Picower may just have been an innocent Madoff victim after all. 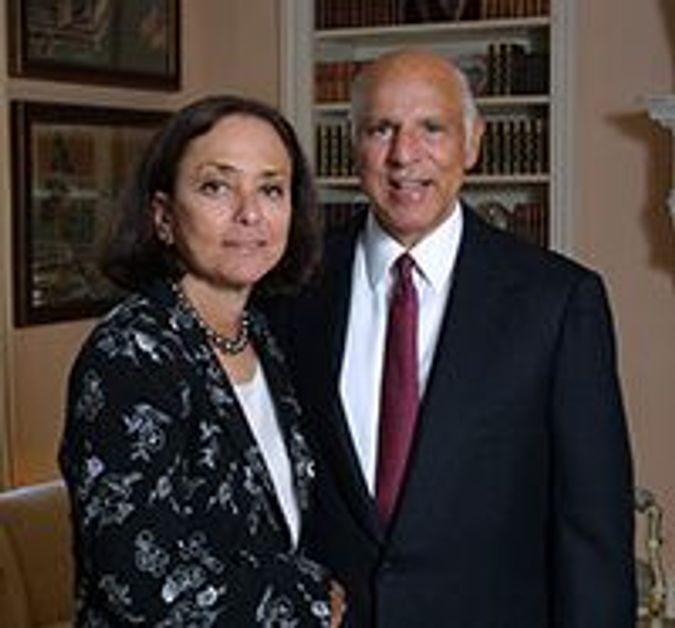 Giving Back: Barbara Picower with her late husband, Jeffry, who may have been an innocent victim of Madoff. Image by Getty Images

Trustee Irving Picard’s new posture comes in legal papers submitted to a federal bankruptcy court in connection with an agreement he has reached with Picower’s widow to return all her late husband’s Madoff related earnings. The settlement is thought to be the largest forfeiture in U.S. legal history. Together with more than $2 billion in Madoff assets that have already been recovered, the massive Picower settlement brought investors nearly halfway to the recovery of the currently estimated $20 billion in Madoff losses.

“Since settlement discussions began with the Picowers,” Picard wrote in his filing, “the Trustee, through his investigation, has uncovered facts which the Picowers claim show that Mr. Picower did not know of or participate in the Ponzi scheme.”

A spokesman for Picard did not respond to a request for comment on whether the careful new wording in his filing was the product of negotiations with Barbara Picower to secure the return of her late husband’s Madoff assets.

Picard’s new filing, submitted December 17, goes on to reframe some of the most incendiary allegations he made in a May 2009 filing. Among other things, his initial claim that Picower received a 950% return on one account was contradicted by further research, he wrote. In addition, Picard noted in his new filing that Picower had plans to give much of the money he received from his Madoff accounts to charity.

In contrast, Picard alleged in his May 2009 filing that Picower “knew or should have known” that the Madoff operation was a fraud.

“I am absolutely confident that my husband Jeffrey was in no way complicit in Madoff’s fraud,” Barbara Picower said in a written statement. Picower suffered a heart attack while in his Palm Beach, Fla., swimming pool in October 2009, at age 68.

The Picower settlement was announced at a press conference December 17, the same day that Picard submitted his new documents.

The development marks a significant step forward for those tasked with recovering the assets stolen in the Ponzi scheme on behalf of Madoff’s victims, though questions loom as to how those assets will be distributed among Madoff’s burned investors.

Negotiations between Picard and the Picowers began in September 2009, a month before Jeffry Picower’s death. According to William Zabel, the Picowers’ attorney, the process was slow because the family needed to settle a slew of competing claims brought against them by the trustee, the U.S. Attorney’s Office, the IRS, and the Securities and Exchange Commission, among others.

“I couldn’t settle one and then get hit with a billion dollar suit from another,” Zabel said.

According to Zabel, the Picowers settled with the IRS for an undisclosed sum, and the SEC chose not to press charges. The Picowers also have a preliminary injunction from the bankruptcy court, barring lawsuits by individual Madoff investors.

At the December 17 press conference, held in the lobby of the U.S. Attorney’s Office, in Manhattan, Picard said that Barbara Picower and her attorney had been cooperative in negotiating the record-breaking settlement. “They were open and honest in sharing information and conducting good-faith negotiations with us,” Picard said.

Barbara Picower believes that “when you know that you have money that was the result of a fraud, you should give it back to the people that lost it from the fraud,” Zabel said.

The current $20 billion estimate of the total value of Madoff customer losses is down substantially from the estimates of $65 billion that circulated two years ago. The higher estimate was revised downward after Picard determined that customer claims should be calculated based on the amount invested minus the amount withdrawn, not on the value of the most recent account statement. Picard’s valuation method has been upheld in the bankruptcy court and is currently being appealed.

Once the bankruptcy court judge approves the Picower settlement, the $5 billion share that will go to Picard’s customer fund will boost the amount he has collected to more than $7.5 billion. But so far, Picard has only approved Madoff customer claims of $5.8 billion — nearly $2 billion less than the total he has collected to return to investors.

Picard explained the discrepancy at the press conference, saying that he had not yet approved claims by certain investors — including a number of feeder funds — because of pending suits he had filed against those investors for transfers made within 90 days of the Madoff collapse. He said that their claims would be included among the total customer claims after those suits are settled.

Picard did not answer directly when asked what he would do if he recovered more from Madoff investors than he agreed to pay out, saying only that the total value of approved claims could end up being more than $20 billion. But Orlan Johnson, chairman of the Securities Investor Protection Corporation, said at the press conference that all funds recovered from Picower would end up in the hands of Madoff victims.

Picard said at the press conference that Madoff victims could begin receiving initial payments at the end of the first quarter of 2011.

It’s unclear how much of Picower’s estate remains. Before the 2008 revelation of the Madoff affair, the Picowers were prominent philanthropists. According to Zabel, the terms of Jeffry Picower’s will require that any funds left over in the estate after the Madoff settlement and some bequests to Barbara Picower and others will be used to create a new foundation dedicated to medical research, the environment and poverty issues.