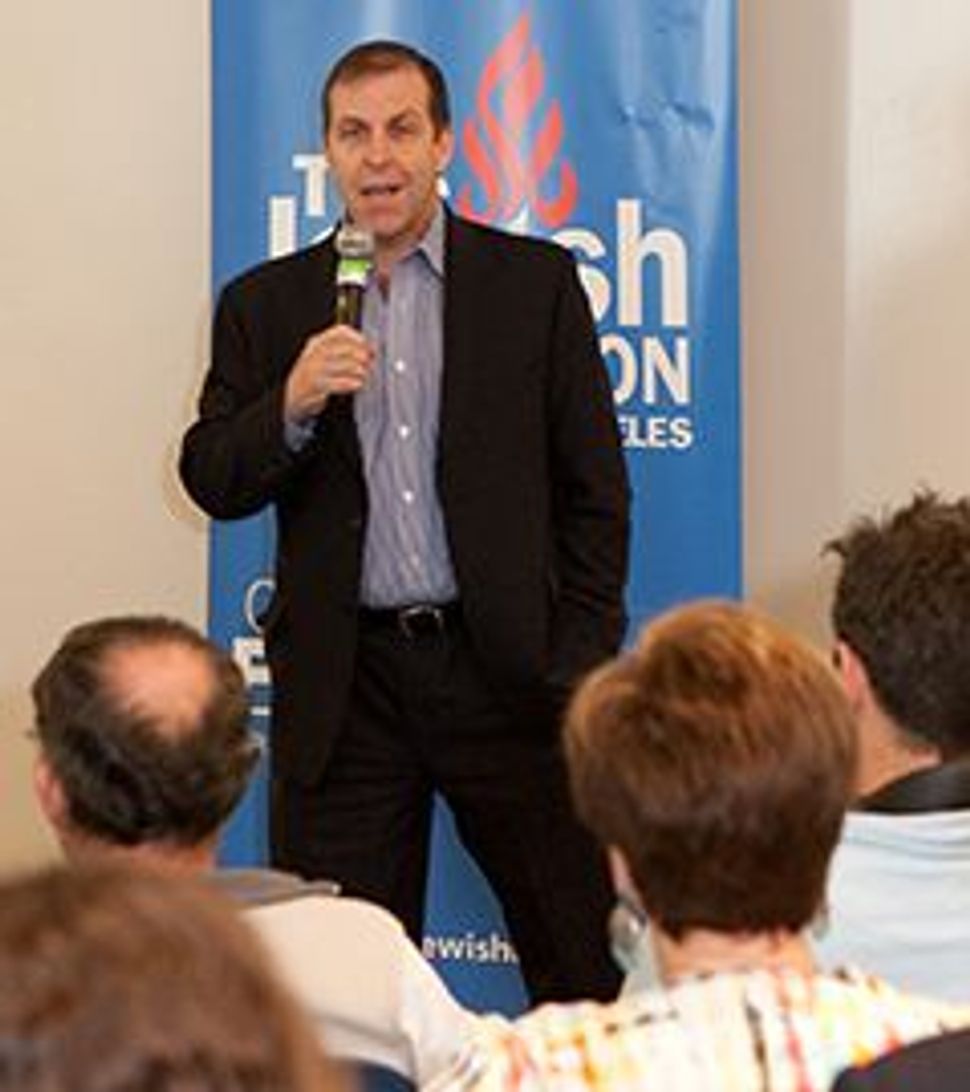 The sunny day in March 2009 had begun like all others: Jay Sanderson, head of Jewish Television Network, was driving down Los Angeles’s storied Mulholland Drive in his red Prius.

Then he pulled over. Because he had an epiphany. “If you really feel that something is serious, and you have the ability and talent to address it, should you not try?” he remembered thinking on that fateful morning.

Specifically, he was contemplating the governance of his local Jewish federation. He had heard that John Fishel, who had run the Jewish Federation of Greater Los Angeles for 17 years, was retiring. A lifelong critic of the federation system, Sanderson feared for the future of Jewish organizational life. “I thought that the very organization I was critical of was the right platform to make change,” he said. 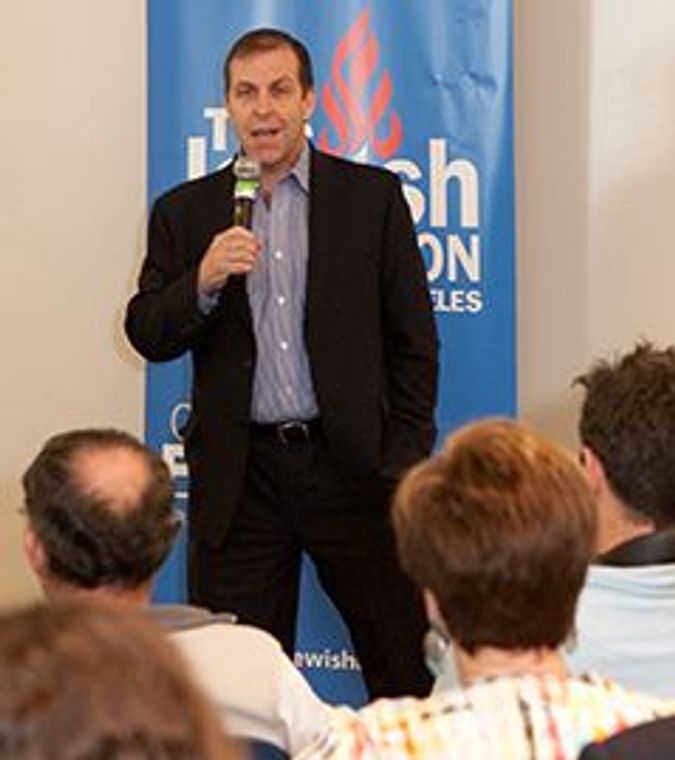 A few hours later, a headhunter called to see if Sanderson had anyone to recommend for the job. He had an answer: “Yeah, me.” This response yielded a moment of dead silence, followed by Sanderson’s criticisms of the organization. “I didn’t need the job, so I felt like I needed to be truthful about what I saw and what I wanted to do,” he said.

His candor paid off. Last fall, after a selection committee whittled a pool of 20 candidates to four and then to one, Sanderson got another phone call: He was hired and would begin work at 6505 Wilshire Boulevard at the start of 2010.

He’s not the only new employee in the federation system — now. During the depths of the economic downturn, many of the 157 federations nationwide had to slash budgets and headcounts. In Los Angeles, the financial challenge was compounded by the loss of $6.4 million in the Bernard Madoff scandal. In the meantime, the Jewish Federations of North America cut its full-time headcount from 246 in 2007 to 177 in 2010, and cut its budget from $40 million to $30 million, according to spokesman Joe Berkofsky.

But as this series examining trends in Jewish employment has shown, there are now modest hiring gains in education, fundraising, advocacy and communal organizations. Hiring in federations across the country is picking up, too. At press time, there were 46 open local federation positions in areas from finance to Israel, from education to communications. Last year, according to Berkofsky, JFNA helped federations hire 13 CEOs and 24 mid- and senior-level employees.

Since he began the job January 1, 2010, Sanderson — whose predecessor made $440,000, while he declined to reveal his salary — has sought to reform the L.A. federation, whose structure he found drastically outmoded. “How we allocate money and how we raise money didn’t change over the 99 years,” said Sanderson, now 53. “The federation has to change.” Sanderson used the natural state of flux brought on by the recession as an opportunity to restructure. He cut several positions whose goals overlapped, and is now building up by searching for 14 employees, including a Web director and a campaign associate, according to the L.A. federation’s website.

Sanderson’s changes underscore the bigger picture among postrecession Jewish jobs: Fundraising is becoming ever more important — not only as a discipline in and of itself, but also as a skill that every employee, from human resources workers to education managers, must have. Specifically, he aims to shift the fulcrum of fundraising from events to donor relationships.

“The analogy I give is, I want to build a basketball team with five LeBron Jameses,” he said, referring to the versatile basketball player. His areas of focus include caring for Jews in need, ensuring what Sanderson calls “the Jewish future” and community engagement. He wants his 140 employees to focus on “collaboration — not just writing a blank check,” he said. “I need a staff of people who have real passion for the work. You need life experiences — you can’t just read it in a book. You need different points of view.”

Sanderson derives his perspective from his youth in Salem, Mass.; his education at Syracuse University, where he started a Zionist group; more than 30 trips to Israel, and his professional life, which, until recently, consisted largely of storytelling. He also co-created Newsweek magazine’s “most influential rabbis” list and produced the Public Broadcasting System’s series “The Jewish Americans” and the PBS documentary “Worse Than War,” on genocide.

“What I was able to do for 21 years was to engage the Jews in a conversation about Jewish life, but I could never do the ‘then what’ and engage them beyond the experience of watching a television show,” he said.

As the L.A. federation approaches its centennial, Sanderson seeks new blood that may be experienced, but not necessarily in the Jewish world. The attraction? The work makes a difference, he said: “I sleep well every night — not just because I’m working 16 hours a day.”