Where the Light Gets In 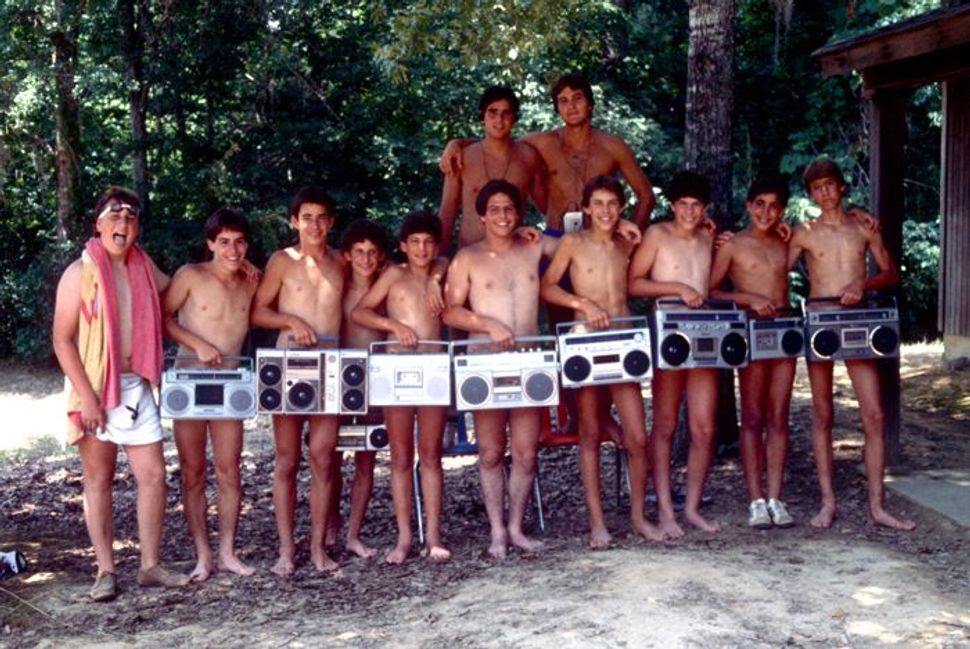 Here is the essence of Jewish outdoor education, based on the five summers I spent teaching it at camp: You’re sure you can’t do it, and then you do it. One of the most memorable afternoons I ever spent was at the bottom of a huge rock face in rural Connecticut, coaching a smart, skinny and frankly obnoxious kid up his first real climb. There were several places where he gave up, dangling from the rope like a yo-yo. But I convinced him to try again, and again, and again — and the feeling we both had when he reached the top is the stuff through which lives are changed.

And in fact, he never was quite the same after that. The obnoxiousness was still there, of course, but it had modulated somewhat: He was no longer quite as needy. It was as if he’d discovered something in himself that allowed him to be a little gentler with others.

I’ve always liked the smart, skinny, obnoxious kids at camp, because I had been one myself. I went to Camp Ramah in the Berkshires for five years, specializing in smart-skinny-obnoxious, spent two years in United Synagogue Youth teen programs, and then a combined eight summers on various camp staffs. It’s no exaggeration to say that, in my teens and 20s, camp was the center of my emotional life. Some years, it was as if I got through the 10 other months of the year just to make it to the following summer.

These days, everyone’s jumped on the camp bandwagon, with studies showing it to be the most effective way to get Jewish kids interested in Judaism. Because it is a true immersion experience, and because there’s enough time to build deep social bonds, summer camp excels at identity formation. Judaism, too, is meant to be an “immersion experience,” and so it works in the 24/7 atmosphere of summer camp in a way no Sunday school can ever hope to emulate.

But it’s more than just the hours; it’s the intimacy, the immediacy of it. The extremity of the camp experience scrubs away the layers of insulation most kids carry around inside themselves all the time. And to paraphrase Leonard Cohen, the cracks are where the light gets in.

What kind of light, of course, depends on who’s doing the shining. The dirty little secret of Jewish summer camp (aside from who made out with whom under the girls bunk) is that the staff members are the curriculum and the ones who are learning the most.

The first point flies in the face of the hard work of curriculum coordinators everywhere, myself among them. After all, don’t we spend hours figuring out how to teach Torah in an informal setting, or how to make camp bunks safe spaces for kids of different socioeconomic groups, races and sexual orientations? Well, sure we do — but ultimately, we educators are the true subjects of the campers’ educational experiences. We’re more than role models; the ways we live are, themselves, the true curriculum. I wish the 19- and 20-year-olds who act as camp counselors could somehow internalize this message. In lumine tuo, videbimus lumen: In your light, we see light.

The second point — that the staff are the ones getting the deepest experience — is backed up by research showing that the staff experience, more than the camper one, is the most determinative of subsequent Jewish commitment. It’s sometimes said that you’ve really moved into a home only after you’ve invited other people into it. The same goes for Jewish life. We make it ours when we impart it to others.

Given this heavy and personal responsibility, it’s so important that the kind of teaching we do at camp be individualistic in nature. As the flamboyant and insightful wit Quentin Crisp said, teenagers have urges both to rebel and to conform: They rebel against their parents and conform to their peers. Camp concentrates both. Personally, I’ve always tilted more toward rebellion, both as a camper and as a staff member, because there was so much pressure on the other side. Do camps really still need to have color wars? Can we recognize being bullied as the serious trauma that it is? And perhaps most important, do we have to teach Judaism as the biggest color war of all?

In our rush to inculcate Jewish values, let’s be careful not to inculcate groupthink. Almost all the creative Jewish leaders I know were the “bad kids” in camp, the ones who ran afoul of those who wanted us to color only within the lines. Now, it might be that these trials were formative ones, creating the “outsider” identity that’s enabled us to create new Jewish not-for-profits, new Jewish music and new Jewish ritual. But for every one creative soul who stayed, I can think of half a dozen who left. I worry about a Judaism made up of only those who follow the rules.

I am often nostalgic for my camp days. But that nostalgia is tempered by the memories of because-I-said-so rulemaking, fear and conservatism. It’s easy to romanticize the camp experience, a little harder to admit that it can do as much harm as good.

In the end, though, I think back to my much-beloved Ramah Berkshires ultimate Frisbee team, victorious in 1998 (and almost in ’97) after a decade of losses. I remember what it was like for those kids — the outsiders, the freaks who didn’t go for basketball or softball instead — to be treated as heroes, idolized by younger campers and respected by peers. And I remember the kind of mind-opening, heart-opening learning we did together on an overgrown golf course in the gnat-filled heat of the summer. Like the kid on the rock climb, we were sure we couldn’t do it, and then we did it. Throughout all my subsequent trials, that lesson has stuck.

Jay Michaelson will be directing the Nehirim Retreat for GLBT Jews (www.nehirim.org) at the end of this month.

Where the Light Gets In