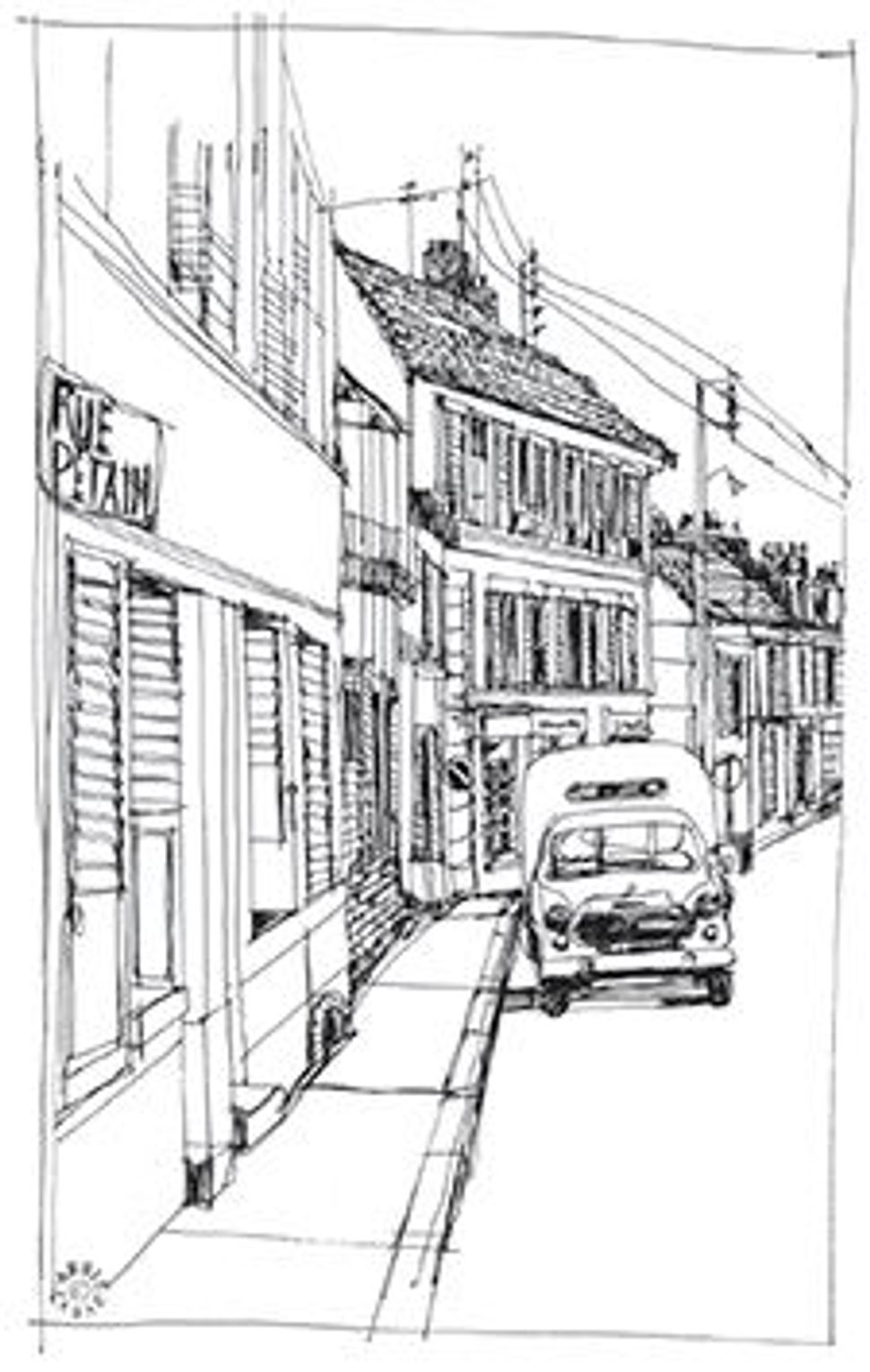 Renaming a street in a tiny French village should have been of no consequence to anyone other than its inhabitants. But when the municipal council of Tremblois-lès-Carignan (population 115) in the Ardennes region voted to change the name of Rue Pétain to Rue de Belle-Croix, it marked the end of an era. Theirs was the last street in France named for the white-mustachioed Marshal Philippe Pétain, hero of Verdun in the Great War. 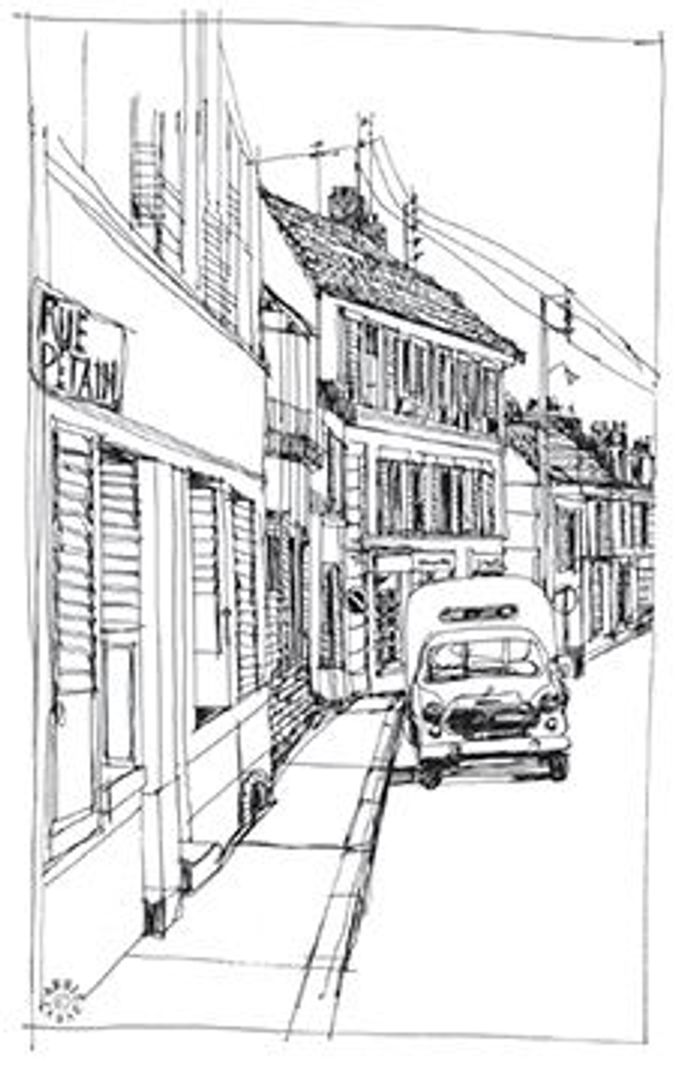 The cleansing of Pétain’s name from the French street map was in belated recognition of the “other” Pétain — the octogenarian who, in league with the Nazi conquerors of his country, led the Vichy state from 1940 to 1944. Three months into his rule, Vichy promulgated its first anti-Jewish statute, defining Jews and restricting their rights. The taciturn marshal never publicly uttered anti-Semitic words. But, in October, the French Holocaust historian Serge Klarsfeld revealed a previously unknown draft of Vichy’s anti-Jewish statute, marked up in Pétain’s own hand with phrasing that made it harsher. The notations show “that this was the desire of Pétain himself,” Klarsfeld said. Most of the 76,000 Jews deported from France were arrested by French police at Vichy’s order, the regime having become a willing instrument of the Nazi occupiers.

Pétain was put on trial in 1945 and found guilty of treason. Death was the penalty, but in view of his age, he was allowed to live out his long life under house arrest. He died in 1951 at age 95, senile, in exile on an island in the Atlantic Ocean. But for many, the Vichy years were the aberration of a revered war hero who still wanted to do his best for France. In his honor, streets all over France took his name after the Great War. But after Pétain’s conviction, nearly all those streets were, as the French say, “debaptized.” The exceptions were in three forgotten villages in northeastern France amidst the battlefields where Pétain had won glory in the battle of Verdun, one of the deadliest of World War I.

One was Dernancourt (pop. 450), in the Somme. In 1970, the post office decided to facilitate deliveries with new street signage, igniting a debate over its Rue Pétain. “It’s not bothering anyone here,” insisted the village mayor at the time, and the name remained. In 2005, the debate was reawakened by a village resident who complained in a letter to a local newspaper that a street named Pétain not only shamed those who fought against Hitler but insulted citizens opposed to the reactionary politician Jean-Marie Le Pen, an admirer of the marshal.

In early November, Dernancourt’s mayor, Lionel Lemott, announced that the time had come to erase Pétain’s name from the village map. He’d been influenced by a court decision, a few weeks earlier, requiring the town of Gonneville-sur-Mer, in Calvados, to remove Pétain’s portrait from a marriage chamber in its town hall. The court reasoned that, since Pétain “personally incarnated the [Vichy] regime,” his portrait on the wall was “contrary to the neutrality of public services.” And so, the mayor of Dernancourt surrendered, saying, “No more Pétain, period.” The little street behind the church, one of the remaining trio of Rue Pétains in France, was given the unwieldy name of “Rue du 5 Avril 1918-Bataille de Dernancourt.” And then there were two.

Next came the turn of Parpeville (pop. 219), not far from Dernancourt. Here, too, there had long been dissension over its Rue Pétain. At Chez Paulette, a café on the street, co-proprietor Paulette Dollé told the local newspaper, “We always had dust-ups between the pro- and anti-Pétainists. But this is neutral turf, so I’d say to them, ‘Go fight outdoors.’” On November 30, Parpeville, also influenced by the decision in Calvados, changed the name of its Rue Pétain to “Rue de la Paix.” And then there was one.

In Tremblois-lès-Carignan, the street called Rue Pétain prominently led into the village, passing near a commemorative statue of a soldier of the Great War. Mayor Jean-Pol Oury had for years shown no interest in a name change. “In the War of 1940, he did what he thought was right,” the mayor said of the marshal. At the behest of the regional prefect of the Ardennes, Oury finally agreed to put the issue to a vote. On December 1, the village council changed the name of its Rue Pétain to Rue de Belle-Croix. And then there were none.

Behind the eradication of Pétain’s name from the French street map was a slow but profound change in the popular view of Vichy and its leader. Until 1993, every post-war French president, including even Charles de Gaulle, had annually laid a wreath on Pétain’s tomb on Armistice Day. That practice was effectively ended by Serge Klarsfeld, who in 1992 led a group of Jewish protesters to Pétain’s tomb on the Ile de Yeu. They were prepared to block the sitting president, Francois Mitterrand, from continuing the ritual which honored not only the hero of Verdun, but also the villain of Vichy. Mitterrand never showed up, but after Klarsfeld’s group left the cemetery, a helicopter swooped down and a representative of the president placed the wreath in his name next to one from Jean-Marie Le Pen.

That was the last presidential wreath for Pétain. Jacques Chirac, who succeeded Mitterrand, was the first French president to acknowledge that Vichy was not just a “parenthesis” in the history of the Third Republic and that France was responsible for the mass arrests of Jews, even as many of its citizens hid the hunted. “Those dark hours will stain forever our history,” said Chirac in 1995. Yet, in three formal speeches on the crimes of Vichy, Chirac never once uttered the name of its leader, Philippe Pétain.