A Bronx Tale: What Did the Archdiocese Do With Those Stained-Glass Windows? 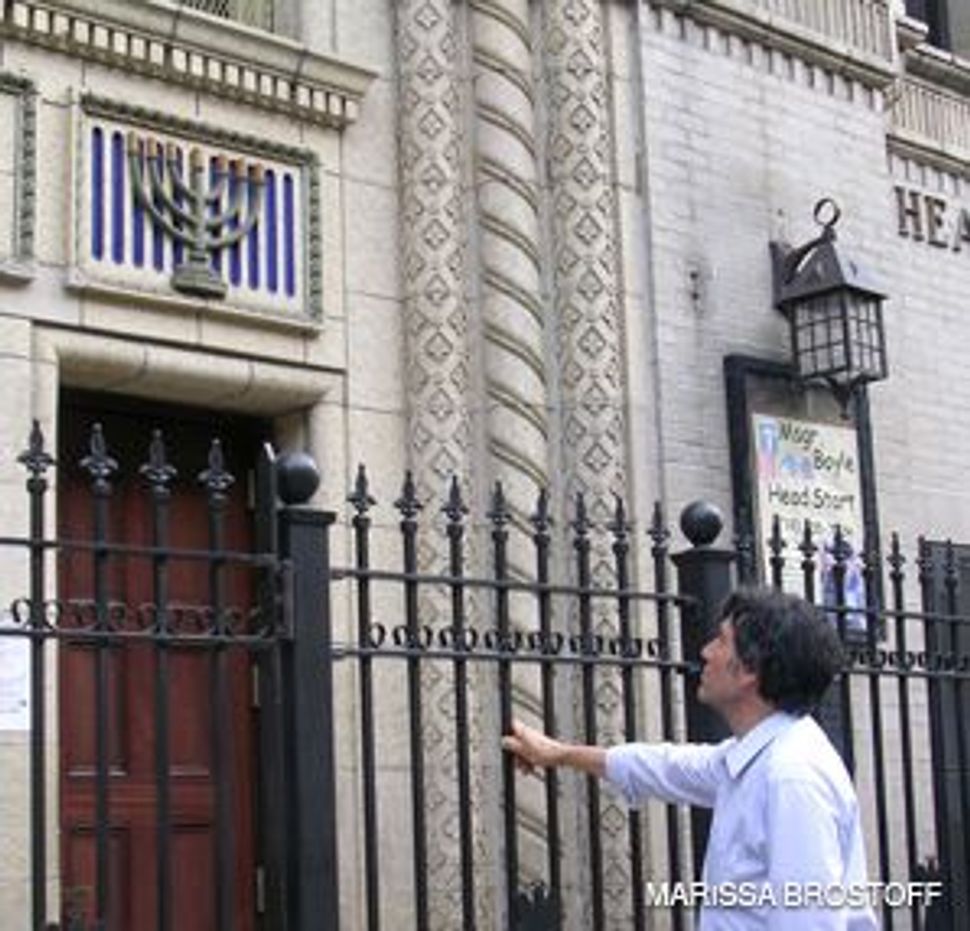 HOLY QUEST: Charles Bierman alleges that the Roman Catholic Archdiocese is hiding the whereabouts of stained-glass windows that once adorned the Mosholu Jewish Center.

Not many people are talking these days about the Mosholu Jewish Center, once a hub of Modern Orthodox life in the Bronx. The synagogue closed its doors in 1999, after many members of the congregation had moved or passed away. 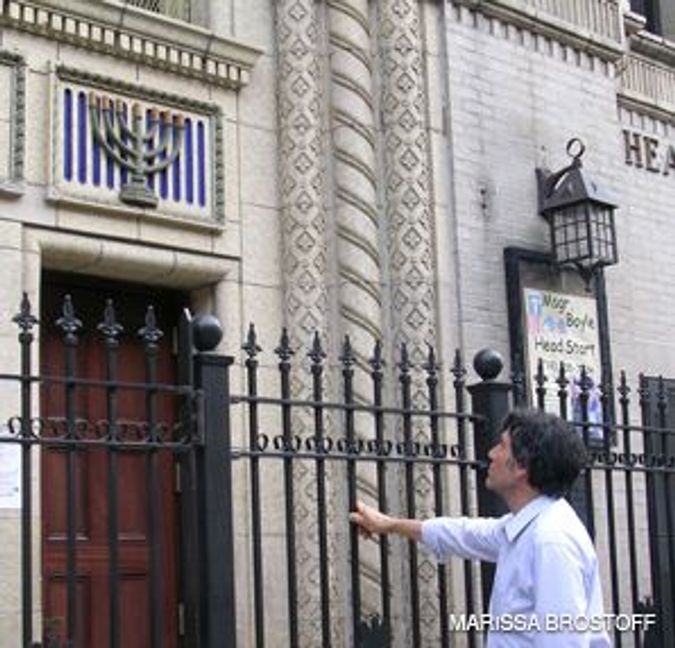 HOLY QUEST: Charles Bierman alleges that the Roman Catholic Archdiocese is hiding the whereabouts of stained-glass windows that once adorned the Mosholu Jewish Center.

In a strange twist of fate, the person who may be most actively engaged in commemorating the synagogue is a former congregant who was not especially involved in the congregation when it existed. Nor is the man — Charles Bierman, a 64-year-old chiropractor who still lives in the Bronx — in good stead with his fellow former synagogue members today.

Bierman appears to be alone in his belief that the Roman Catholic Archdiocese of New York, which bought the former synagogue in 2000, is engaged in a conspiracy to conceal the whereabouts of 25 stained-glass windows that once decorated the building’s facade. The windows were removed in 2003 after the church reopened the building as a Head Start facility.

For five years, Bierman has hounded the archdiocese about the windows, which he suspects were removed and sold by a former Head Start director employed by the Catholic organization. If you count the previous four years that he spent petitioning leaders of the Mosholu Jewish Center to make the sale of the building contingent upon the preservation of the windows, his quixotic battle has gone on for nearly a decade.

“Over the years I’ve been able to hone in on the issue,” Bierman told the Forward. “Now I feel the only way I can approach it is as a cover-up.” When asked whether there was something uniquely worth preserving about the windows, Bierman became unusually reticent.

“As windows go, they happen to be very attractive windows, and very colorful,” he said. Some of them portrayed biblical themes and all featured a Star of David, he recalled, but he professed to know little else about them.

The saga of the stained-glass windows began in 1999, when congregants began making preparations for the sale of their building. Bierman, a lifelong member of the synagogue — although, by his own admission, a rare sight on its premises — joined a committee responsible for deciding what would become of the ritual objects the Mosholu Jewish Center had housed. From the outset, he argued that the preservation of the windows should be a top priority.

Bierman was unable to drum up enthusiasm for his cause, and when the building was sold to the archdiocese, no stipulations were made for the windows. But Bierman and Joseph Zwilling, a spokesman for the archdiocese, agreed that the former was given informal permission to remove the windows at his own cost and to do what he liked with them.

Accounts differ as to what happened next. Bierman claims that he hired a contractor from a company called Irreplaceable Artifacts to remove the windows, but the archdiocese refused to cooperate with the operation. Zwilling and a Jewish communal leader familiar with the sale of the building say that Bierman simply never followed through. In any case, the windows remained in the building.

Irate at the slight he perceived on the part of the church, Bierman began writing angry letters to an attorney for the archdiocese. The erstwhile congregation’s rabbi, Hershel Schacter, attempted to mollify him by granting him a special position as liaison between the church and the synagogue with regard to the windows. But, as Bierman unapologetically admits, his letter campaign continued.

“I made a nuisance of myself to the point where the two alte kokers who were officers of the since-dissolved congregation wrote a letter to me in which they stated that I was no longer the representative of the congregation in dealings with the archdiocese vis-à-vis the windows,” Bierman said.

Then one day, in 2003, a year or two after having been relieved of his duties, Bierman walked by the synagogue and noticed that the windows were gone.

He contacted the press, and a New York Post reporter came to the site to investigate. The reporter spoke with a construction worker, who said that the windows had been removed intact and carted away. For Bierman, this fact remains Exhibit A in his case against the archdiocese, which he believes still has the windows or sold them for profit. Unsurprisingly, representatives of the archdiocese strongly disagree.

“This gentleman has been on this quest for several years, despite the fact that his actions were not supported by his congregation,” Zwilling said. “We certainly don’t have them, and I have no idea where they are if they still exist.”

Since then, Bierman’s one-man publicity campaign has only intensified. On a regular basis, newsrooms around New York receive press releases that blare, “What Horrible Truth Are They Hiding?” These are followed by a litany of accusations against the archdiocese, suggesting a level of intrigue rivaling “The Da Vinci Code.” Bierman also protests outside St. Patrick’s Cathedral in Manhattan several times a year.

Former congregants of the Mosholu Jewish Center contacted for this article were not aware of Bierman’s grievances. The younger members of the synagogue, themselves mostly in their 60s or older, are spread out around New York City and elsewhere. They remember the synagogue as home to a thriving community, with Schacter, who led the congregation for more than 50 years and was a prominent Jewish communal leader, at its center.

“He spoke with such a strong, powerful voice, as if he were speaking in Madison Square Garden,” said Gella Fishman, a former congregant who remains close with the rabbi and his wife, Pnina. “He had a tremendous influence, drawing in the very young people and older people and helping them express their Yiddishkeit.”

Schacter now has Alzheimer’s disease, and his family members say they do not remember a dispute about windows.

But for Bierman, the fight has only just begun.

“Maybe they think they can wear people down,” he said of the archdiocese. “They haven’t yet realized that I’m not going anywhere until this is resolved.”

A Bronx Tale: What Did the Archdiocese Do With Those Stained-Glass Windows?