The Word of God, Rewritten 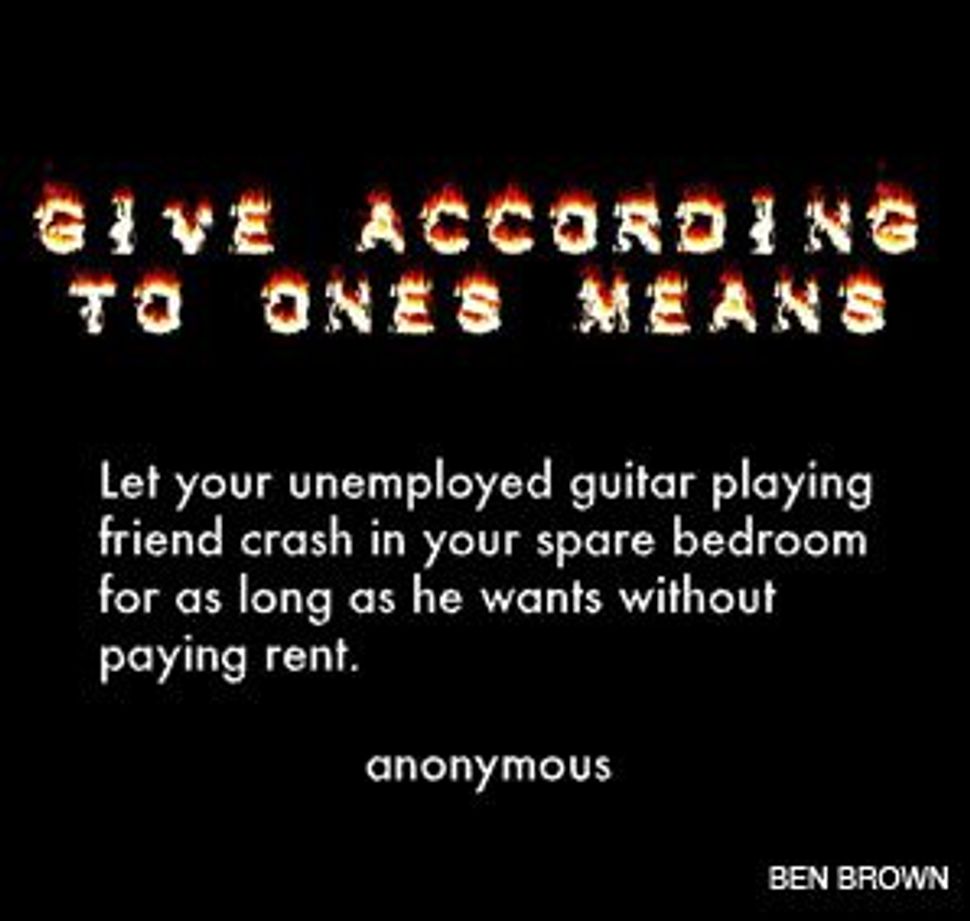 IN A MANNER OF SPEAKING: The Web-based project allows participants to reimagine the commandments of the Torah, using colloquial English.

On the upcoming festival of Shavuot, we commemorate the day when Moses carried the Torah — with its 613 rules, injunctions and guidelines on how to live a Jewish life — down from Mount Sinai. Some of its commandments, like “Do not murder” and “Love the stranger,” ring as true today as they did in the Sinai desert. Others, like “Destroy the seed of Amalek” and “Do not eat the flesh of an ox that was condemned to be stoned,” require a little creativity to remain applicable to the lives of 21st-century Jews. 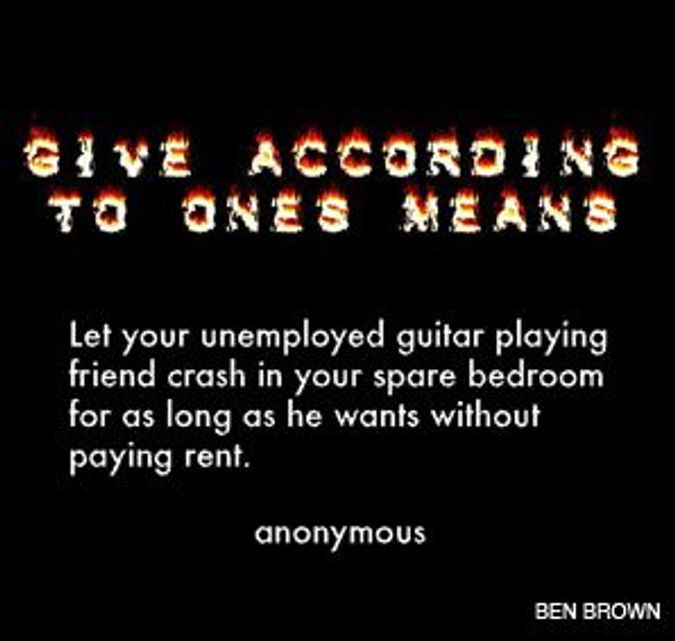 IN A MANNER OF SPEAKING: The Web-based project allows participants to reimagine the commandments of the Torah, using colloquial English.

So, two San Francisco-based artists have set up a Web site that allows Jews everywhere to apply their own brand of creativity and humor to the task. (RE)velation (http://revelation.xoxco.com) users “remix” the commandments, using colloquial English and a modern sensibility to reinterpret the lessons of the mitzvot. Thus, “Do not carry tales” becomes “Gossip magazines are not your friend,” and, in a rather unorthodox take, “Do not leave a beast that has fallen down beneath its burden, unaided” becomes “Mick Jagger just wants you to make love to him.” It’s sort of like a Talmud wiki.

“There’s nothing new about what we’re doing,” (RE)velation co-creator Ben Brown said. “There is a long tradition of scholarly interpretation and reinterpretation of the text. This is just a hyper-modern take on that process.” The Web site is only the first step in what ultimately will be a multimedia art installation that will be unveiled on Shavuot at the San Francisco-based DAWN festival.

DAWN was launched in 2005 as a new take on the Shavuot tradition of all-night Torah study: From late at night until the wee hours of morning, attendees partake in Jewish-themed musical performances, art installations, literary salons and religious discussions. This year, DAWN will mark the grand opening of San Francisco’s new Contemporary Jewish Museum, and (RE)velation will be one of the cornerstones of the event. Images of Mount Sinai will be projected onto a wall, and the text of the original 613 commandments, along with hundreds of their “remixed” counterparts, will descend from above. The voices of (RE)velation participants reading their commandments aloud will play from on high. A kiosk will allow visitors to offer their own reinterpretations, and their contributions will be integrated into the installation in real time. With lights and sound, the idea is that participants can “heavily re-imagine the experience of being at the foot of Mount Sinai while the commandments descend from above,” Brown said.

Skeptics might allege that when the God of Exodus said, “Do not muzzle a beast, while it is working in produce which it can eat and enjoy,” he most certainly did not mean “Go ahead — text during meetings. Really.” But some might say that’s exactly what he meant.

“You gotta be in conversation with the tradition,” co-creator Ari Kelman said. Besides, “I would hope God has a sense of humor.”

Beth Schwartzapfel is a freelance journalist based in Brooklyn. As soon as she finishes her thesis, which was technically due two weeks ago (but who’s counting?), she will have her Master of Fine Arts in creative nonfiction from The New School.

The Word of God, Rewritten