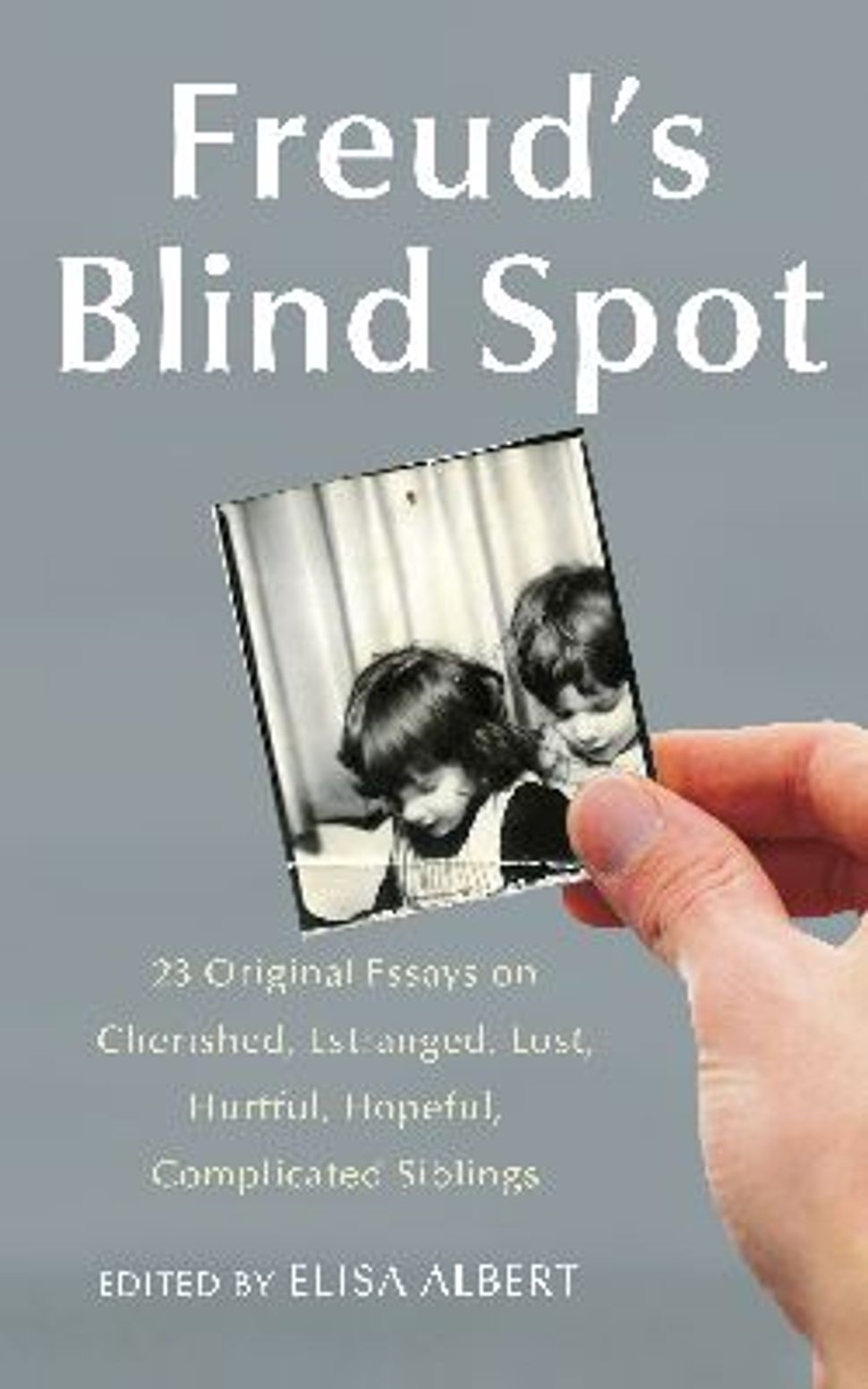 They mess you up, your siblings. That’s one takeaway from a new book of essays on the subject of brothers and sisters, “Freud’s Blind Spot,” edited by Elisa Albert. In it, writers dissect what scientists call the horizontal relationships that so shape us but are often ignored. Etgar Keret, Steve Almond and Lauren Grodstein are some of the contributors. Albert is the author of the story collection “How This Night Is Different” and the novel “The Book of Dahlia,” a finalist for the Sami Rohr Prize for Jewish literature.

An excerpt from the interview: 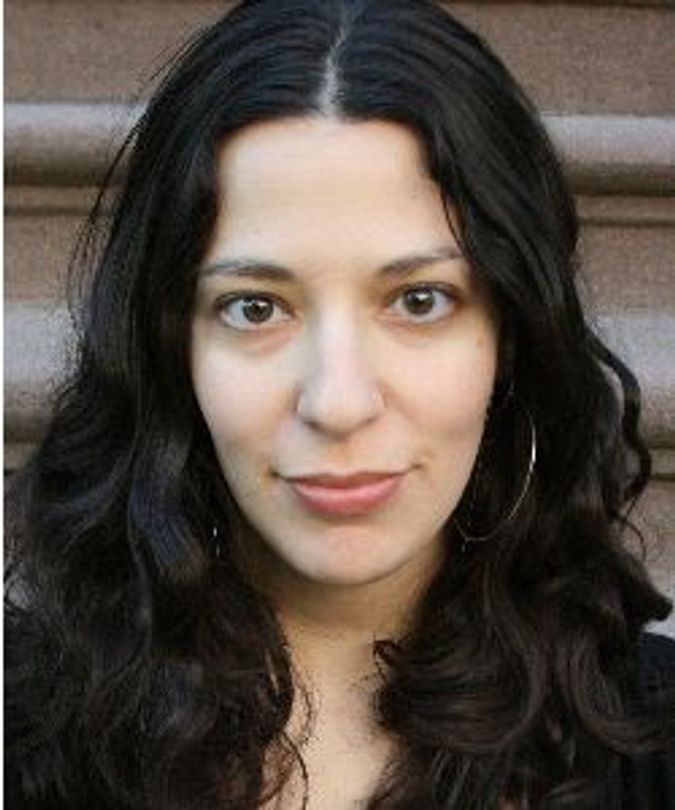 Elisa Albert: Siblings are even more important a lot of the time. Parents are who they are. It’s our siblings who can either lift us up or crush us. There’s that old saying: It’s the only relationship that goes from the cradle to the grave. You don’t share that with anyone else.

You had a brother who died of cancer. You were, at one time, estranged from your other brother. People would ask if you had siblings, and you would say no. Has working on this collection changed how you relate to your feelings about your own siblings?

It was a nice cop-out to say, hey, writers, write about your siblings so I don’t have to. The process of editing this book has helped me get a little closer to accepting my strange, messed-up family for what it is. It’s dedicated to my brother. I don’t know if he’s interested in reading it. I am not close with him at all.

Etgar Keret’s story contains the refrain “Nineteen years ago, in a small wedding hall in Bnei Brak, my older sister died, and now she lives in the most Orthodox neighborhood in Jerusalem.” He comes to terms with her being a different person than him in the course of this essay.

Our siblings drive home this point that we have a lot of choices in life. We can start out from the same place and become hugely different people.

Your novel, “The Book of Dahlia,” is about a young woman who is dying of cancer. You call her a “lovable fuckup,” and she doesn’t get redeemed. Why? What’s wrong with a happy ending?

There’s nothing wrong with a happy ending per se, but most of the happy endings that we get are false, because they are very simple. I don’t believe in endings at all. At some point a story just stops, and it’s pretty unlikely that everything would be perfect.

“The Book of Dahlia” skewers the American love of self-help and self-help culture. How did you come to that?

In the early stages of working on the novel, I wandered into the cancer section of the bookstore. There was this wall of “how to beat cancer” stuff. I started flipping through. This stuff is bonkers yet really potent, and if you are facing cancer, you’re going to want to gobble these up. Yet what are the implications of that? I bought my favorite one, and I had it on my desk while I was writing, and it inspired the structure of the book. I started becoming an amateur collector of these things. There’s a lot of useful stuff to be found; it’s just the way it’s presented and the way that it’s marketed and the way a vulnerable person might read it…. 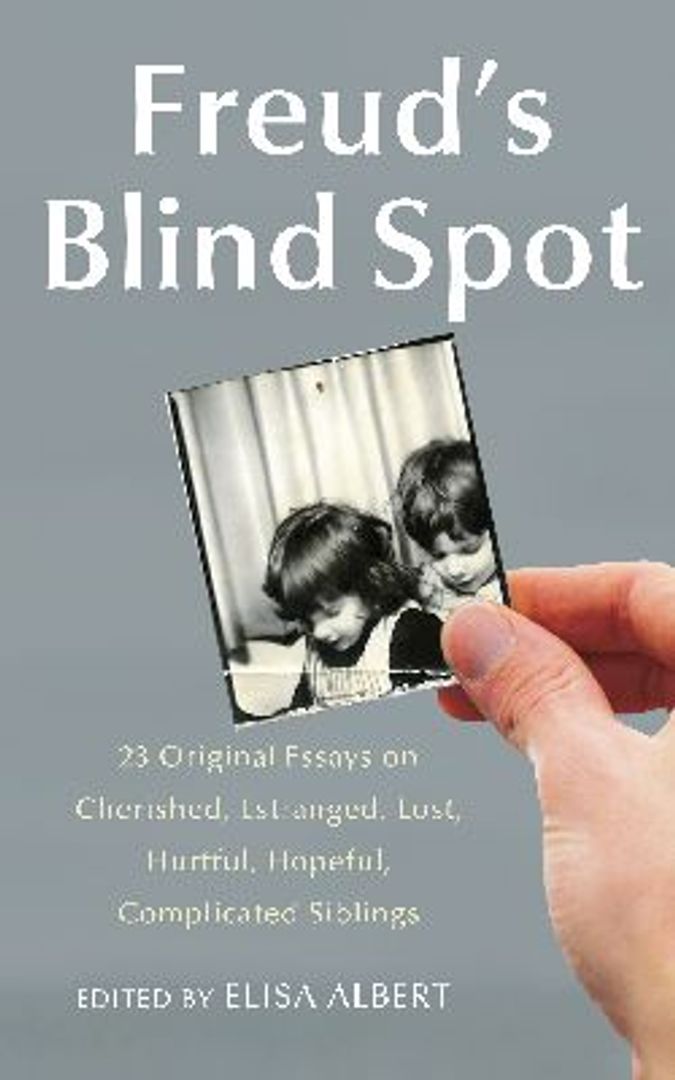 It’s really unfair. If you’re sick or troubled or sad, you aren’t necessarily sick, you just have been dealt something and that’s your something to deal with. I don’t believe in pathologizing people’s emotions or hardships. Cancer is a hardship. It’s a horrible thing that can befall you. To make it about anything else seems cruel.

Do you see yourself as part of a cohort of Jewish writers?

Sometimes. It depends on what I’m reading, really. Right now I’m not reading anything that would be classified as Jewish.

Are there disadvantages to being considered a Jewish writer?

I’ve ended up writing these Jewish books, but I did not set out to write Jewish books. Am I a feminist? Yes. Am I a Jew? Yes. Are my books Jewish and feminist? Yes. But it’s totally by default. I like to imagine that I’m just a person, so it’s difficult to be told that no, in fact, I’m a woman and I’m a Jew and that’s what I am, because that’s not really how I feel. What a novel is supposed to do is free you up and show you a shared humanity that you might not otherwise recognize. When there’s an active resistance — no, I want to read about Jews; no, I want to read about women; no, I want a happy ending — well, you’re not going to be satisfied by a novel.

You’re a mother now. Has that changed how you write?

Would you consider giving your son siblings?

I would love in theory to give him siblings, but there’s no way I have it in me at this point. I think he’s going to have to content himself with being an only child for the foreseeable future. He doesn’t seem to mind right now.

This Yid Lit Podcast was produced by Allison Gaudet Yarrow and edited by Meredith Ganzman.