A Modern-Day Miriam, Friedman?s Legacy Is Her Music and Her Message 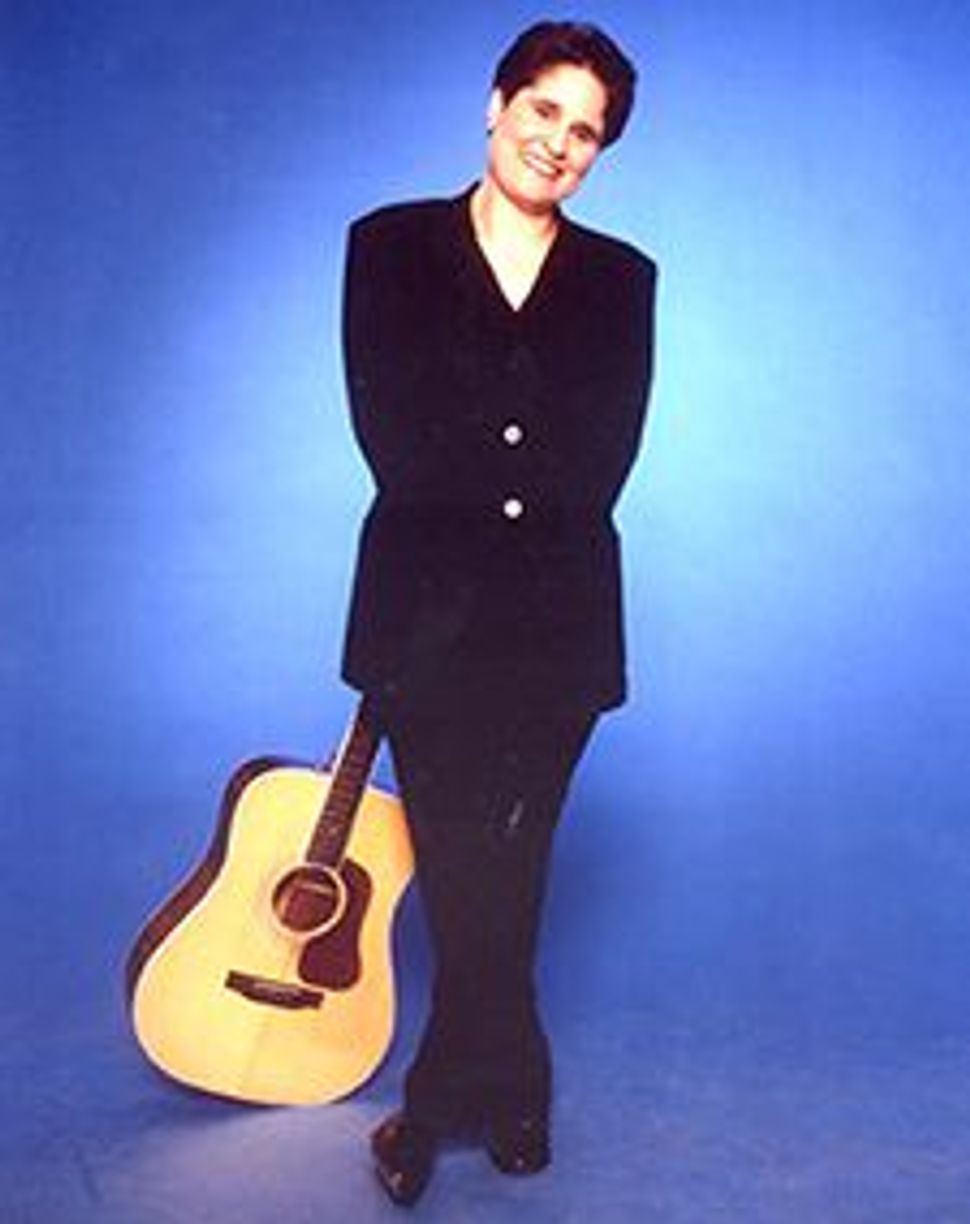 As Shira Ruskay was dying of cancer in 1997, Debbie Friedman, whose concert schedule was crowded with gigs around the country, kept another, more intimate commitment in Manhattan, with unfailing regularity.

?Once a month we gathered with Debbie, and she uniquely wove together prayer and Torah,? recalled Ruskay?s husband, John Ruskay, executive vice president of UJA-Federation of New York, in an e-mail to the Forward. ?After one healing service, Shira looked to the heavens and proclaimed, ?Who dies like this?!?

Early in January, after a lifetime of ministering musically to Jewish souls everywhere, from concert halls to bedsides, Friedman herself lay unconscious in an Orange County, Calif., hospital room as some of the musicians who were her friends and students sang ?Mi Shebeirach? and ?L?chi Lach,? the very songs of healing she had taught them.

?I have to believe that she heard and felt the gratitude and prayers from us that she gave the world for so many years,? said Los Angeles-based singer Julie Silver, who participated in the gathering.

Friedman, the singer-songwriter who released 23 albums and transformed American Jewish prayer and music despite the fact that she had no formal training in music or liturgy, died January 9 of pneumonia. She was 59.

Though it has been reported that she had multiple sclerosis, this was incorrect. Since 1988, Friedman had struggled with dyskinesia, a neurological movement disorder that sporadically paralyzed her legs as the most prominent symptom. She also suffered seizures and adrenal problems.

At the time of her death, Friedman?s life had entered a new phase. In April 2010, she moved to Los Angeles from New York, which had been her home for 25 years, to teach at the Reform movement?s Hebrew Union College campus and to care for her elderly mother, who survives her, as do her sisters, Barbara Egli and Cheryl Friedman. 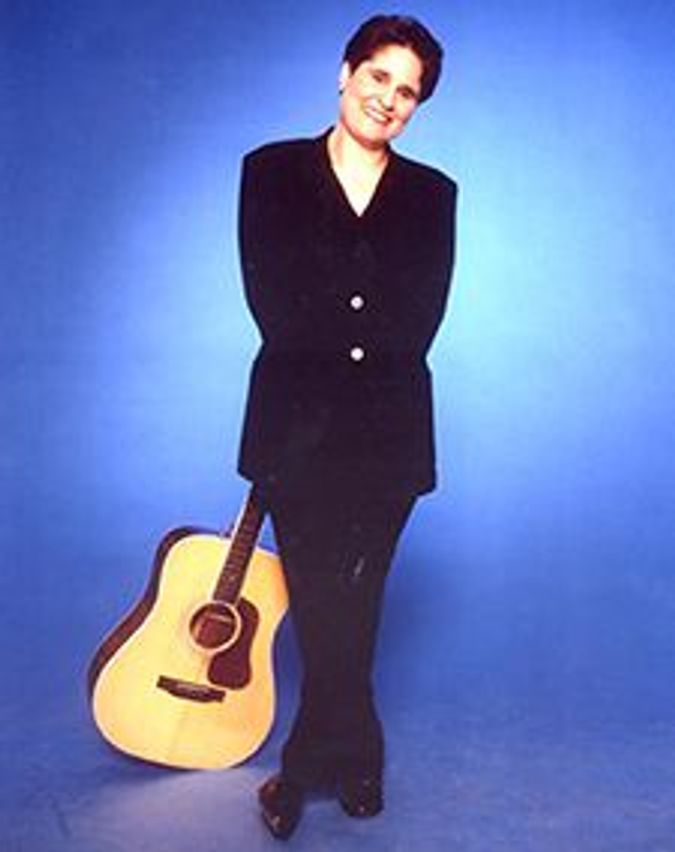 Friedman?s gift was her ability to make Jewish prayer accessible by combining lyrics in Hebrew and English with her uniquely singable, folk-inspired music. Her English lyrics frequently dealt with the empowerment of women and other disenfranchised groups. Friedman, who was gay, had a spirituality rooted in her own feelings of being on the margins, her longtime friend Tamara Cohen said at Friedman?s funeral.

Friedman was born in 1951 in Utica, N.Y., the third of four children. When she was 5, the family moved to St. Paul, Minn. While working as a summer camp baby sitter at age 16, she picked up a guitar and tried playing what campers were singing. Friedman realized she could play music by ear, and was soon picking out melodies by Peter, Paul & Mary and by Judy Collins. Several months later, after buying herself a guitar, she went to a Reform youth group retreat. The group needed a song leader, and when no one else stepped forward, Friedman was ?elected by default,? she said in an interview several years ago, one of several this reporter conducted with her for various publications.

At 18, Friedman went to Israel, where she attended a kibbutz ulpan, or intensive Hebrew language program. Assigned to work in the kitchen of the kibbutz, she was given a cart of dead chickens to de-feather. ?I laid them side by side on the table, with their arms around each other, their legs crossed like they were Rockettes,? Friedman said, chuckling, in a 1996 interview. The kitchen ladies ?started cackling like chickens and laughing hysterically, and then they invited me to their homes. That?s when I really started to learn Hebrew.?

Back in the United States, Friedman worked at Reform synagogues and camps as a song leader. In 1970 she wrote her first original piece, ?V?Ahavta,? based on the second paragraph of the Sh?ma. When she taught it to kids at a Reform youth movement retreat, she recalled, the teens stood up, tears rolling down their cheeks, and wrapped their arms around one another. ?I realized something important was happening,? she said.

Soon after, at a service at her family?s St. Paul synagogue, Friedman had the insight that charted the course for her career and changed the way American Jews would pray. ?The choir sang, the rabbi spoke, and I was really passive. I realized I hadn?t sung. It?s like going to the gym and having someone else do the exercises for you,? she said in a 2007 interview. The experience sparked her to write music for an entire service that everyone could sing together, and this became her first album, ?Sing Unto God.? Friedman was 22.

As word of Friedman?s talent spread, she was invited to play at such Jewish conferences as CAJE: Conference on Alternatives in Jewish Education, where she became a mainstay, and Limmud, festivals of Jewish learning held by Jewish communities around the world. It was during an appearance at a Limmud in England last December that Friedman contracted the pneumonia that ended her life.

Starting in 1996, and for two years afterward, Friedman filled Carnegie Hall ? which she dubbed ?Beth Carnegie.? She turned the august venue into a setting just as intimate as one of the Jewish healing services she was then leading with Rabbi Michael Strassfeld.

Friedman lived on Manhattan?s Upper West Side from 1985 until her recent move to Los Angeles, a period during which she also led feminist Passover Seders, playing her own liturgy. There were waiting lists each year, though Seders were held three days in a row to accommodate more than 1,500 people.

Despite Friedman?s success in Jewish life, she never crossed over into the American musical mainstream. And for a long time she struggled to be accepted by the Reform movement itself.

?During the late 1970s to mid ?80s, Debbie was really demonized by the American Jewish musical establishment. She was seen as someone ruining synagogue music,? Freelander said. ?She was hurt by it, but also courageous. It was probably the most creative period in her life. In the middle of this difficult time when people were devaluing her, she created a whole new genre, a new idiom. It was that idiom that won over the larger community. She found her voice.?

By the last decade of her life, Friedman found herself officially embraced by the Reform movement. The American Conference of Cantors, Reform Judaism?s cantorial arm, made her an honorary member. Hebrew Union College-Jewish Institute of Religion hired her to train cantorial students. Her ?Mi Shebeirach? is now part of the Reform prayer book.

Death was increasingly on Friedman?s mind in her final months. When, in mid-December, I asked her to write something about feminism for the Forward?s Sisterhood blog, she wrote back:

?Our fear of death has to do with our fear of life and our inability to enter into the intimacy of that which life demands of us. When we finally meet death face to face, it should not be a stranger to us, rather a part of a continuum? one in which we explore our deepest fears in general. Before we can be comfortable with death, we have to ask ourselves how we can stop hiding from life.?

In an interview in 2007 for the book ?Jewish Sages of Today: Profiles of Extraordinary People? (Devora Publishing), Friedman spoke of the legacy she hoped to leave behind. ?When I finally do leave this world, I want people to understand that they are the essential element in the universe and that without them the universe wouldn?t be the same. They?re the essential element not in a narcissistic way, but because they have a heart and soul and the capacity to do good? and that the person next to them is the same.?

A Modern-Day Miriam, Friedman?s Legacy Is Her Music and Her Message