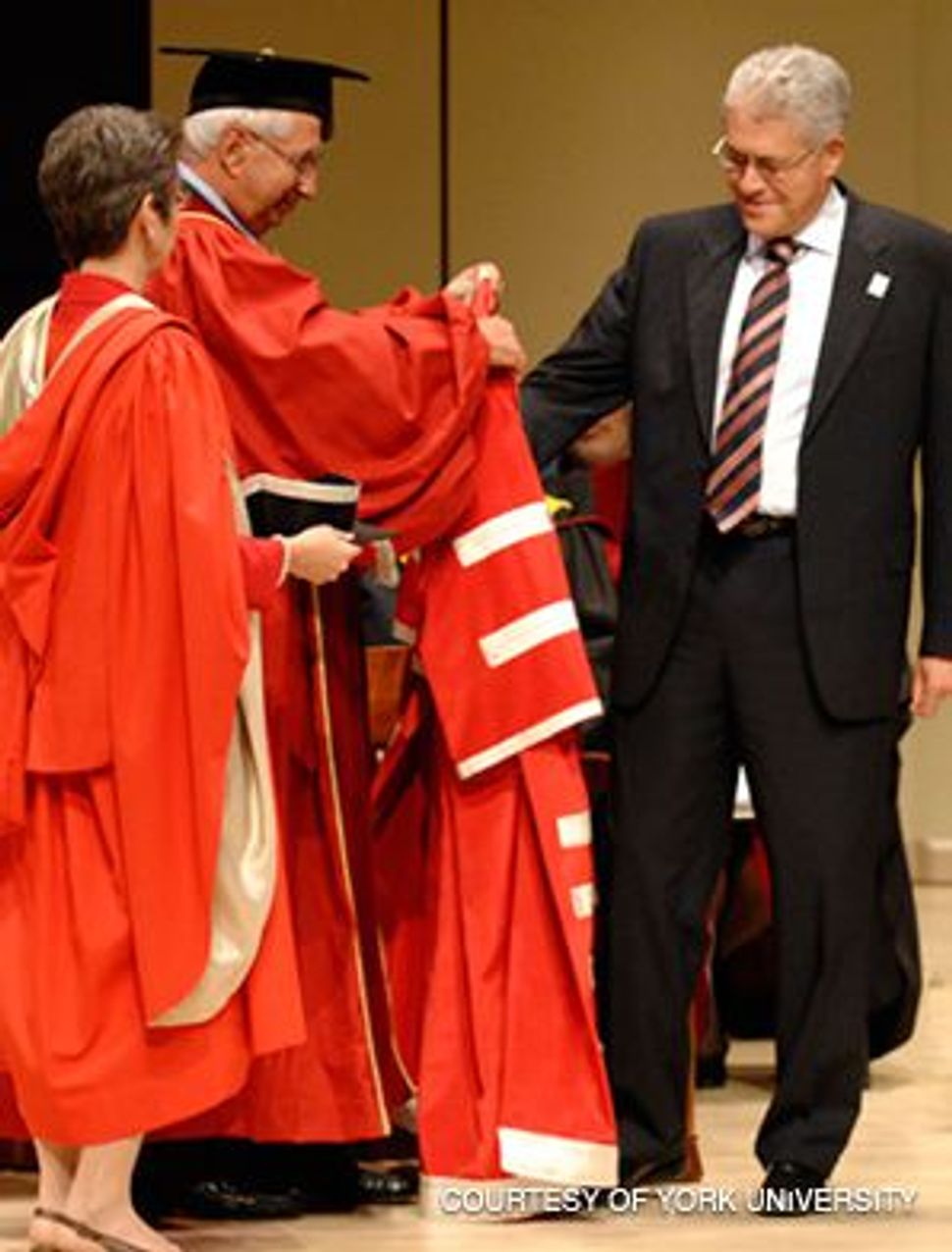 IN THE HOT SEAT: York University?s recently installed president, Mamdouh Shoukri (right), has been the target of some of the protesters? ire.

Toronto — York University, Canada’s third-largest college campus, used to be known fondly as Jew U because of the relatively high proportion of Jews among its students, faculty and donors. Lately, however, the suburban campus has lost some of its haimish atmosphere because of a series of incidents in which Israel has been harshly criticized. 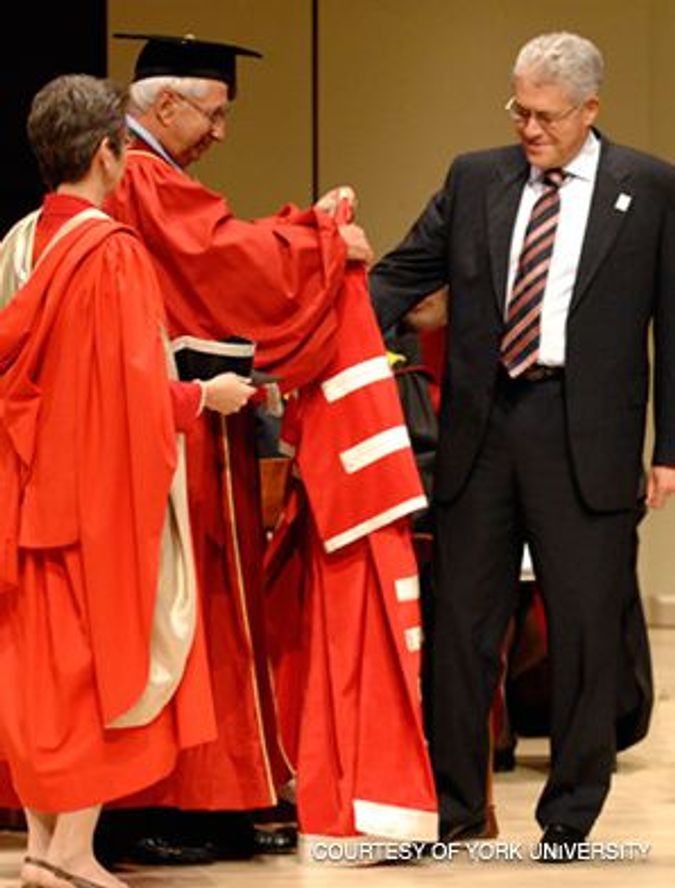 IN THE HOT SEAT: York University?s recently installed president, Mamdouh Shoukri (right), has been the target of some of the protesters? ire.

In early February, students from the campus Palestinian group staged an Israeli Apartheid Week, complete with a replica of Israel’s security fence. Hillel of Greater Toronto lodged a protest after the student newspaper published a column March 19 that appeared to condone the massacre of students at Jerusalem’s Mercaz HaRav yeshiva. Then, on March 31, the Palestinian group attempted to disrupt a speech by visiting Israeli luminary Natan Sharansky. In theory, York’s 5,000 Jewish students have strength in numbers. They amount to 10% of the student body — the largest Jewish footprint on any Canadian campus. But they face an aggressive group called Students Against Israeli Apartheid, which comprises Palestinian students, left-wing Canadian students and radicals who do not attend York but frequent its campus.

“York is the main gathering point [in Canadian academe] for those who join the anti-Israel camp,” said Orna Hollander, executive director of the right-wing Jewish student group Betar Canada, which holds counter-demonstrations. “At other campuses, students may disagree with us, but there’s not the same kind of hatred and animosity that we have encountered at York.”

Palestinian sympathizers on campus could not be reached for comment.

The protests hitting York are particularly interesting because they come on the first Canadian campus to have a Muslim president. Mamdouh Shoukri, who took over the presidency last July, has been a target of the anti-Israel protesters.

In late March, 200 students carrying pro-Palestinian flags and placards surrounded the Senate, York’s highest governing body. During a high-decibel protest, they demanded to meet with Shoukri. He initially scolded them for failing to make an appointment, but a pro-Palestinian Web site later boasted: “Finally, the president was obliged to grant the students a hearing.”

When the Senate meeting concluded, Shoukri said: “I could not see myself just walking away [from the students]. I don’t believe it set a precedent. But I would not make that a habit.”

The political tensions, though a headache for York’s previous president, have been especially embarrassing for Shoukri, an Egyptian-born engineer. No one suggests that he has favored the pro-Palestinian students, but some critics fault him for being slow to enforce the university’s rules when political debate turns into harassment.

Sara Horowitz, director of York’s Centre for Jewish Studies, said the administration has tried to educate students on the values of civil discourse rather than strong-arming them, “but we’ve seen the limitations of that approach, especially when people come from outside the campus to agitate and disrupt.” She urged the administration to rethink its policies and, in concert with faculty, staff and students, to develop more effective ones.

In a recent meeting with Shoukri, Hillel representatives urged him to improve the atmosphere. In an interview with the Forward he denied having been slow to enforce the rules, but conceded that “there have been many hurtful things said.” As for infiltrators, “I am determined thatΙ outsiders who come and intimidate our speakers and promote violence or hate will be dealt with. We areΙ looking at ways to deal with this issue.”

He has appointed an independent task force to assess safety and security on campus. The task force, in turn, will hire an outside consultant.

Hillel is hopeful that by encouraging moderate student leaders to work together, the administration may yet be able to defuse the tensions. Tilly Shames, Hillel’s associate director, is pleased that the administration promoted Multicultural Week, a celebration of campus diversity, when the anti-Zionists staged Israeli Apartheid Week.

The politicization at York has not affected the Jewish community’s traditionally generous financial support for the university. York University Foundation, the college’s fundraising arm, continues to have on its board of directors a virtual who’s who of Toronto Jewish philanthropists.

Max Gotlieb, one of the directors, said he does not recall the board having “any discussions relating to these matters.” He added that York’s administration had done nothing, “by act or omission,” to foster the politicization. “Why would you punish an institution when there may be those who have nothing to do with the running of the institution creating these issues?”

Horowitz, meanwhile, cautioned that the Jewish student experience at York is not only about Middle East polarization. She noted that York remains the only campus in Canada that has a kosher cafeteria, and also boasts a growing Jewish studies program a vibrant Hillel and a daily prayer group on campus.

“In many ways,” she said, “it is a most comfortable place for Jewish students, particularly Jewishly identified students.”