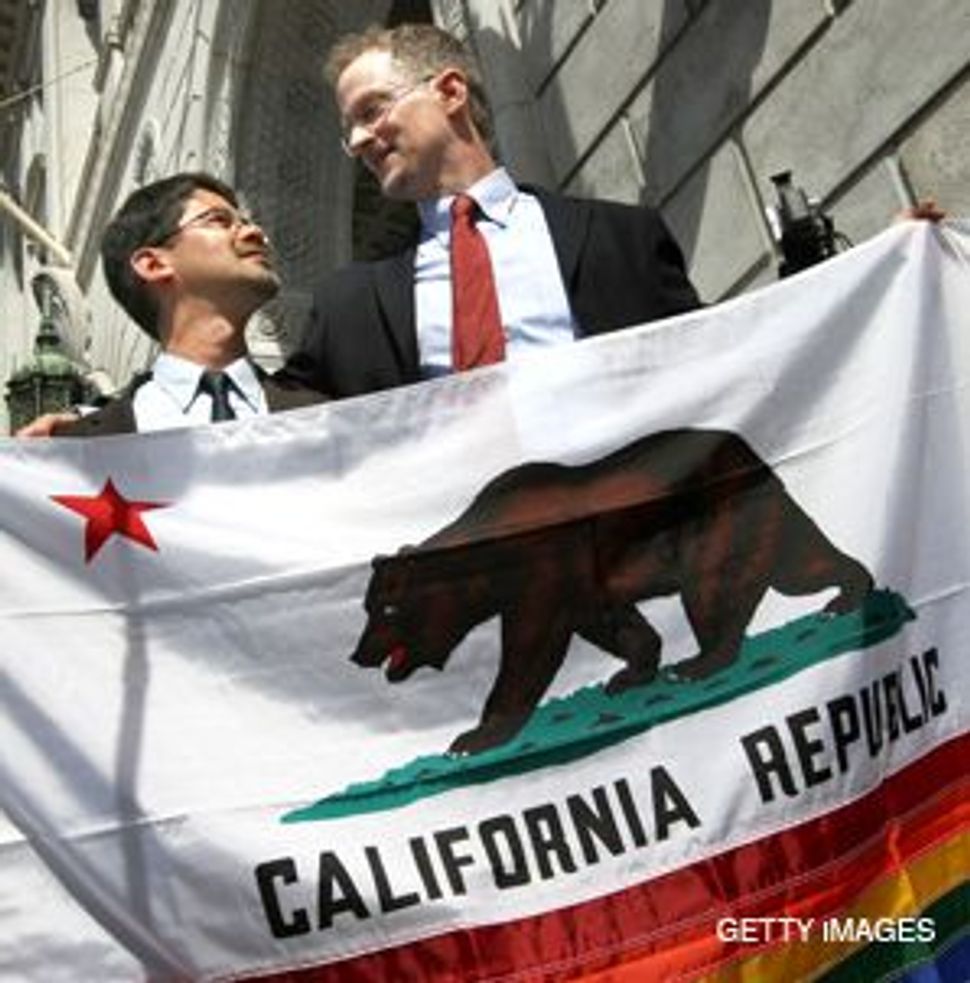 I DO: Scores of same-sex couples are planning weddings this summer, following the California Supreme Court?s ruling.

Los Angeles – In the wake of the California Supreme Court’s historic May 15 decision granting gay men and lesbians the legal right to marry, scores of gay Jewish couples are marking dates for their long-awaited opportunity to stand under the wedding canopy and break a glass. 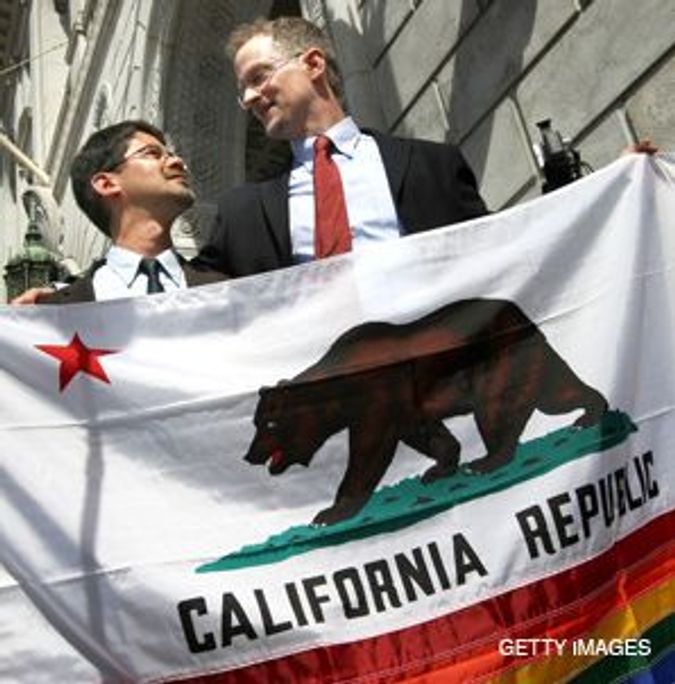 I DO: Scores of same-sex couples are planning weddings this summer, following the California Supreme Court?s ruling.

Within a week of the 4-3 ruling, Eger had already put 10 weddings on the calendar.

On June 16, Rabbi Lisa Edwards of Beth Chayim Chadashim, Los Angeles’s oldest gay and lesbian synagogue, is planning to lead some 20 couples en masse to City Hall to register for marriage licenses. That day marks the end of the 30-day waiting period from the time of the ruling, when the state will begin issuing licenses to same-sex couples.

Edwards said that, in contrast to previous years, her June schedule this summer will look a lot more like that of other pastors and rabbis. “I’ll have a wedding a couple times a day on the weekends,” she said. “It’ll be the most I’ve done in such a short period of time.”

Still, amid the celebration there is also fear that the ruling could be overturned. If a November ballot initiative amending the state constitution to define marriage as between a man and a woman passes, the ruling will become null and void. As a result, Congregation Kol Ami is encouraging its members to ask that wedding guests donate money to efforts to defeat the ballot initiative in lieu of giving gifts. “How many more sets of glassware do you need?” Eger quipped.

Among those planning long-awaited Jewish nuptials is 66-year-old Robin Tyler, a plaintiff in the groundbreaking case. Tyler’s suit, which she filed in L.A. in 2004, along with her partner, Diane Olson, and a Christian minister and his partner, was the first case to challenge the California legal system to grant equal marriage rights. That lawsuit, taken on pro bono by a leading Jewish civil rights lawyer, Gloria Allred, was ultimately combined with a San Francisco lawsuit, resulting in the Supreme Court’s ruling.

Allred, who also represented Paula Jones in the sexual harassment suit against former president Bill Clinton, said that her work on this case was part of her Jewish commitment to tikkun olam, repairing the world. “We have a duty to stand up for other minorities, and we hope that other minorities will, in the future, continue to stand up for the Jewish people,” she said in an interview with the Forward. “Jews have long been involved in the civil rights struggles for equality, and now this is the new legal frontier.”

Tyler, a longtime marriage-equality activist who since 2000 has made attempts to register for a marriage license, said that she is planning to wed on June 16. “I’m going to have a Jewish wedding, I’ll tell you that much,” she said. “I definitely want to have a rabbi marry us.”

Still, Tyler and her partner have already been symbolically joined in a Jewish union. On the night the ruling came down, Tyler and Olson, along with their co-plaintiffs, Reverend Troy Perry and Phillip Ray De Blieck, participated in an interfaith marriage celebration at the gay and lesbian Metropolitan Community Church Los Angeles. Edwards officiated along with Reverend Neil Thomas at the symbolic wedding, in front of an audience of 250 elated supporters who had gathered to celebrate the decision.

Both couples, Jewish and non-Jewish, broke a glass, although Tyler, the only Jew among the four brides and grooms, couldn’t physically manage to smash it. “Only my partner could do it,” she said. “I’m going to have to practice.”