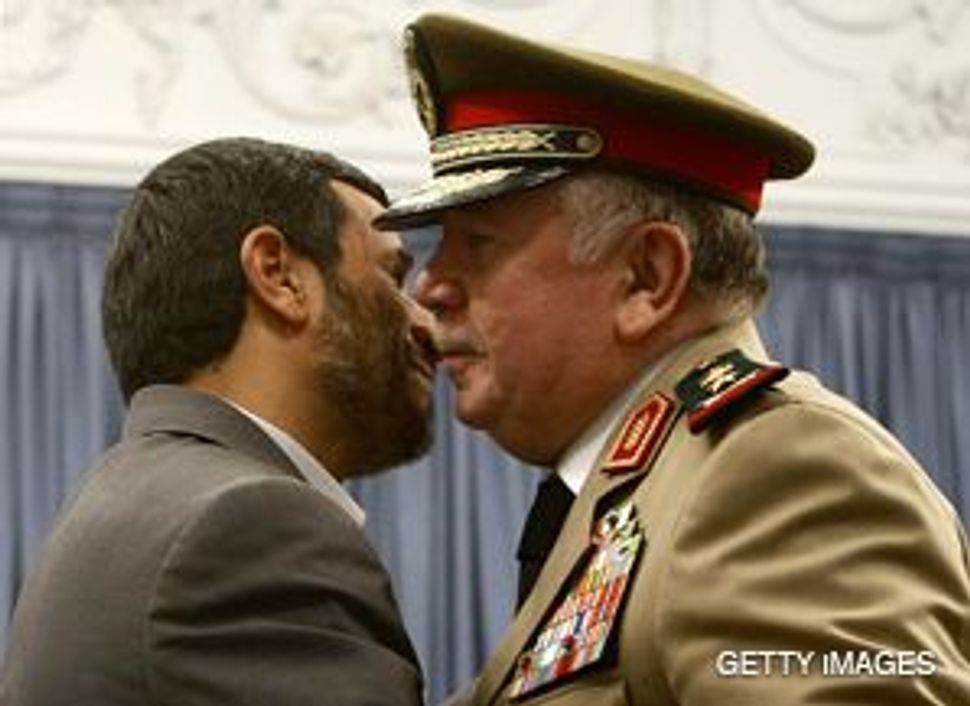 The news that Syria was opening talks with Israel via Turkey has been followed by a feverish week of ups and downs between Syria and its closest ally, Iran. 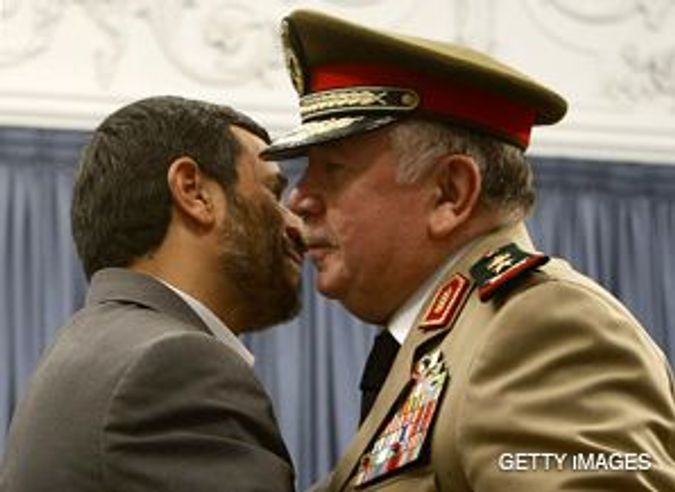 Soon after the surprise announcement of the Israel-Syria talks, reports emerged that Iran’s president, Mahmoud Ahmadinejad, was miffed and concerned that one of his country’s key allies was ready to mend fences with the West and leave it isolated.

Last weekend, Iranian officials were eager to show that they have no desire to soften their aggressive posture toward Israel. Supreme leader Ali Khamenei welcomed Syrian-based Hamas leader Khaled Meshal for a surprise visit. Meshal’s hosts told him that Tehran would increase support for Hamas if Syria establishes ties with Israel, according to the London-based and Saudi-owned newspaper Asharq al-Awsat.

In the ensuing days, though, Damascus and Tehran have been eager to show that their alliance remained rock solid.

Syrian officials this week rejected demands from Jerusalem and Washington that Syria distance itself from Iran and its Hamas and Hezbollah proxies. Its information minister, Mohsen Bilal, declared May 25 that his country’s ties with Iran were “strategic and historic and can’t be sold in a bazaar.” Defense Minister Hassan Turkmani repeated this stance during a three-day trip to Tehran during which a new bilateral defense cooperation pact was signed.

“Iran and Syria share the same viewpoint regarding regional issues, and efforts will be made to strengthen our shared interests and bilateral relations,” Turkmani was quoted as saying by the Iranian media.

While Syria was sending those reassuring messages to Tehran, the main advocate of the Israeli-Syrian peace talks, Prime Minister Ehud Olmert, faced growing pressure to step down in the face of an investigation into his financial dealings — a move that would cloud the prospect of talks between Syria and Israel.

The show of solidarity appears to support the skeptics of the new Israel-Syria dialogue who argue that Damascus would accept only a narrow deal focusing on an Israeli withdrawal of the Golan Heights and reject a broader ideological realignment, which would entail curtailing ties with Iran, Hezbollah and Hamas.

“Syria is hedging its bets,” said Ilan Berman, the American Foreign Policy Council’s vice president of policy. “It is pursuing two parallel tracks by exploring talks with Israel and at the same time reinforcing its strategic alliance with Iran.”

Still, other observers are convinced that the Syrian regime of Bashar al-Assad is first and foremost concerned with its own survival and that its eagerness to mend fences with the United States could, in the end, mean leaving Tehran in the cold.

“The ties between Syria and Iran are not that deep, and if the regime sees it can get a good deal with the West, it will go for it,” said an observer privy to the Syrian thinking who declined to be identified.