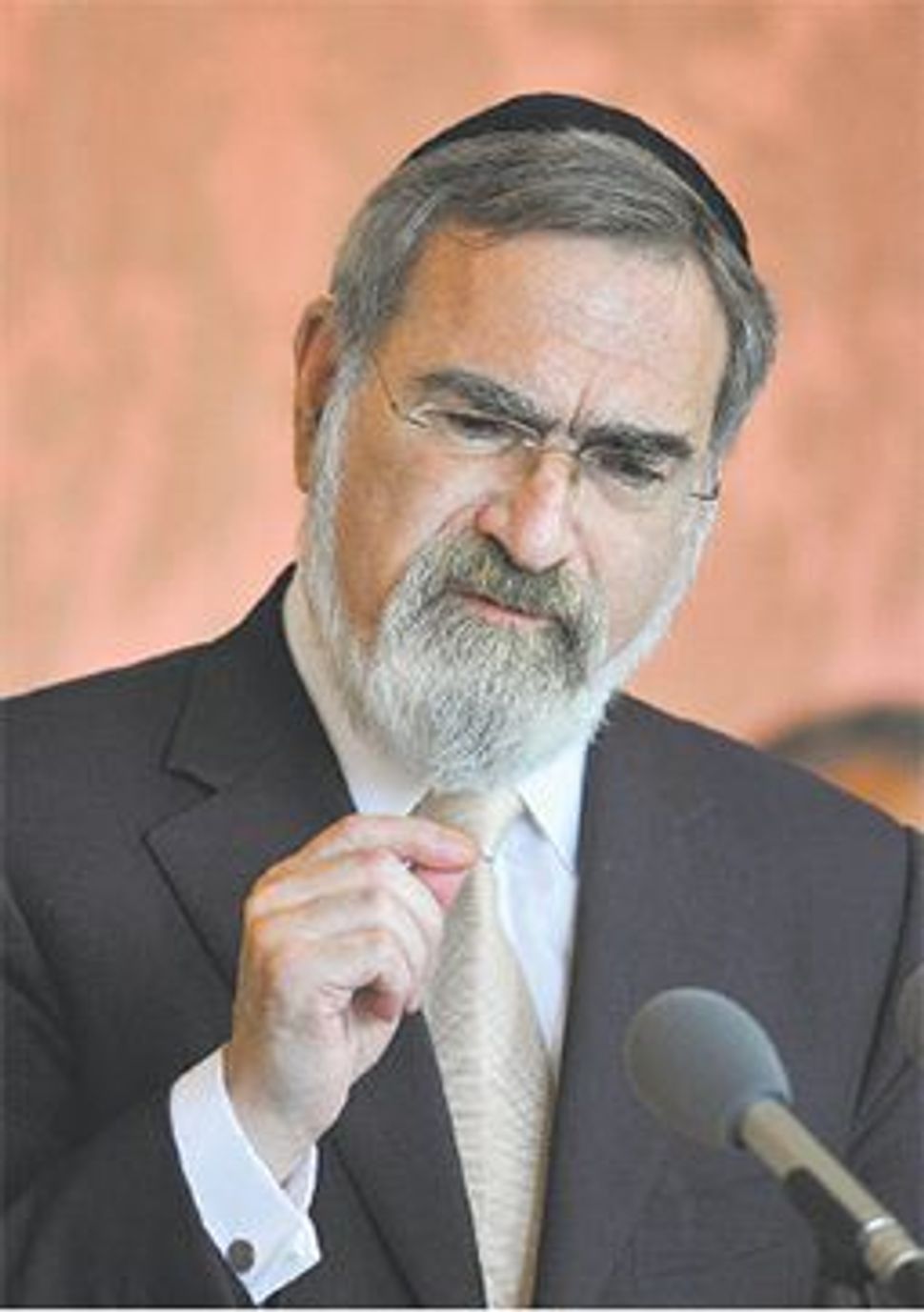 The controversy over what is dead according to Jewish law is no longer an intramural question among Orthodox rabbis on either side of the Atlantic. In Britain it is now being played out in public. As in the United States, the emotional question of organ donation is the battlefield. 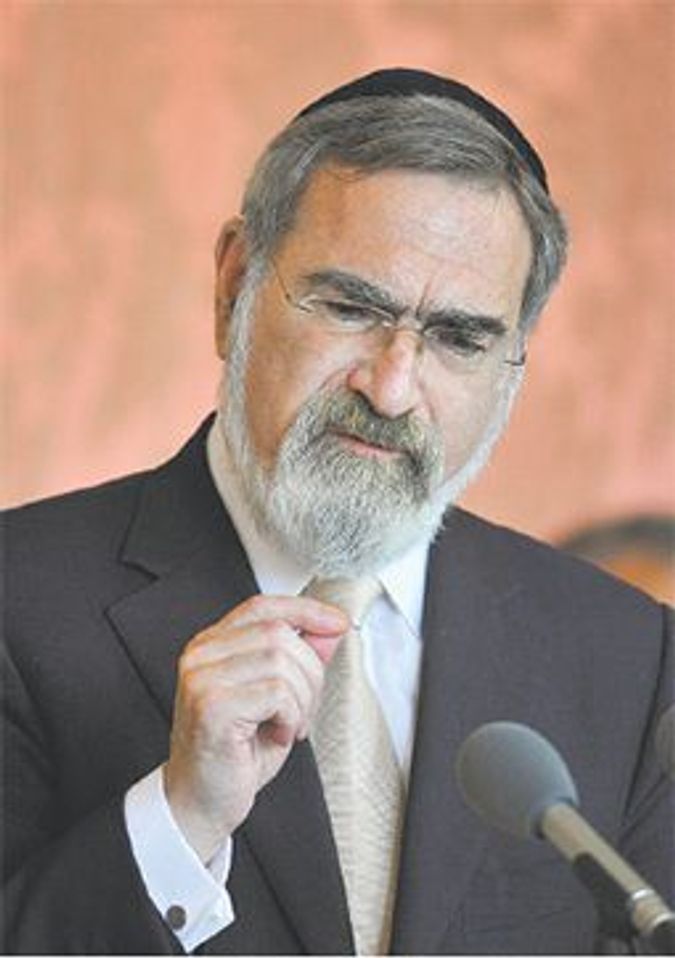 The most recent round of arguments began in early January, when the London Beth Din, the religious court associated with the United Synagogue — Great Britain’s Orthodox umbrella group — and its chief rabbi, Jonathan Sacks, issued guidelines on organ donation. The beit din’s ruling was that brain stem death is not death for the purpose of heart and lung donation; a person is dead under traditional Jewish law, or Halacha, only when there is a cessation of cardio-respiratory function.

The matter might have remained an obscure dispute among Jews. But on January 12, The Guardian, a prominent British daily with national distribution, published an article outlining the beit din’s decision and reported that the chief rabbi had issued an edict ruling that “organ donation and the carrying of donor cards are incompatible with Jewish law.” The paper quoted the British Medical Association asking the chief rabbi to meet with organ donation experts as a matter of “urgency.”

One week later, The Lancet, Britain’s foremost medical journal, piled pressure on Sacks, saying he had caused “widespread consternation among physicians” by endorsing the beit din’s finding. Criticizing Sacks’s “apparently regressive interpretation,” the journal noted that his ruling “comes at a time when all countries are discussing the most effective ways of encouraging organ donation in an attempt to deal with growing waiting lists for transplantation.”

For organ transplant physicians, the beit din’s ruling poses a serious obstacle to harvesting organs that can be used to save the lives of potential recipients; such organs must be harvested in a state as close to alive as possible. For this purpose, doctors will frequently keep hearts and lungs beating artificially after all brain functions have ceased, giving rise to serious ethical — or in this case, religious — problems for those who define death as the cessation of cardiac and respiratory functions.

In a defense of his ruling published in The Jewish Chronicle, Britain’s largest-selling Jewish paper, Sacks explained that he had no problem with some kinds of transplants, such as corneas and kidneys, from people who are brain-dead, since these would not affect cardio-respiratory function. It is heart and lung transplantation that the beit din ruling prevents. The chief rabbi said he wanted British organ donor cards to reflect this fact.

“As soon as this is implemented, I will carry such a card myself,” the chief rabbi wrote.

But organ donation cards in Great Britain are binary. As currently designed, they simply declare that the carrier authorizes doctors to harvest his or her vital organs in the event of death.

At the heart of the dispute is the interpretation of Tractate Yoma, folio 85 A, according to Shmuel Simons, a dayan, or judge, at the London Beth Din. “It gives a precise definition of death,” Simons told the Forward.

But the Talmud being the Talmud, the definition is in the form of a parable and open to interpretation.

A house collapses on the Sabbath; a man is trapped in the rubble and badly injured. Is it permitted to desecrate the Sabbath and rescue him? According to the tractate, it is permitted if the man’s heart is still beating. “From this we learn that until the heart stops beating, one is not dead,” Simons explained.

But this tractate was written long before modern medicine created extraordinary methods for saving lives that posed moral dilemmas about when life ends. Said Simons, “Generally speaking, the Torah is a blueprint. For every question, we ought to be able to find a solution within the written or oral law, although on certain matters, we may need the help of a greater decider than ourselves.”

In Britain, the United Synagogue, via the London Beth Din and the Office of the Chief Rabbi, speaks with the loudest voice on Jewish matters. But it is not the only voice within the community. The subject of death and organ donation is one of those controversies that has brought out the deep differences within the various branches of the Jewish community here.

“It seems to me a tragedy that while men, women, and particularly children are dying for the lack of a suitable organ, some rabbis should be quibbling over when death occurs,” wrote Rabbi Danny Rich, chief executive of the organization Liberal Judaism, Britain’s equivalent of America’s Reform Judaism movement, in an e-mail to the Forward. Rich added: “I trust medical opinion and believe in the saving of as many lives as possible, whether Jewish or not. If it is a technical debate about whether death occurs when the circulatory system ceases or where there is no brain stem activity, many traditional authorities do take the more liberal view, and it is high time the London Beth Din followed suit.”

The religious dispute takes place in the context of an acute shortage of organ donors in Britain. Three people die every day in the country because of the lack of a suitable organ for transplant, according to James Neuberger, associate medical director of National Health Service Blood and Transplant, which oversees organ donation within Britain’s nationalized health care system. Neuberger, who is Jewish, says this is probably an underestimate; the lack of organs has led to stricter criteria for who gets on the list.

While the beit din’s decision has focused national attention on the Jewish community’s attitude toward organ donation, the views of other religious groups remain a cipher. There are an estimated 280,000 Jews in Britain. Judaism is a minority among minority religions in this country. There are more Muslims, Hindus and Sikhs than Jews here. But the nature of their religious practice, with no central religious office akin to that of the chief rabbi, has not — so far — led to any pronouncements or clarifications on when death occurs.

Neuberger’s view is that the Jewish community as a whole is not much different from the population at large in its donation patterns. “Thirty to 40% of people say no to requests to donate organs,” he explained. “My impression is that as a group, the percentage of Jews that give consent is not particularly higher or lower than the average.”

Neuberger and Sacks were scheduled to meet before the end of January to discuss the situation. The physician insists he will not debate the religious angle with the rabbi. “I want to see how we facilitate Orthodox Jews donating organs, how our nurses can better approach Orthodox Jewish people,” he said.

The crux of the situation remains unchanged. Most organ donation decisions are made at times of sudden and unexpected death. As has been portrayed in countless medical dramas, a nurse or doctor will ask a suddenly bereaved spouse or adult son or daughter if organs may be taken from a loved one. Neuberger noted that it is a frankly emotional pitch to “explain to people that out of their disaster can come life for several people.”

Put this way, organ donation is as halachic an act as possible: saving not just one life, but many — if the halachic hurdles can be surmounted. “This is something we do,” Neuberger said, “lifesaving.”