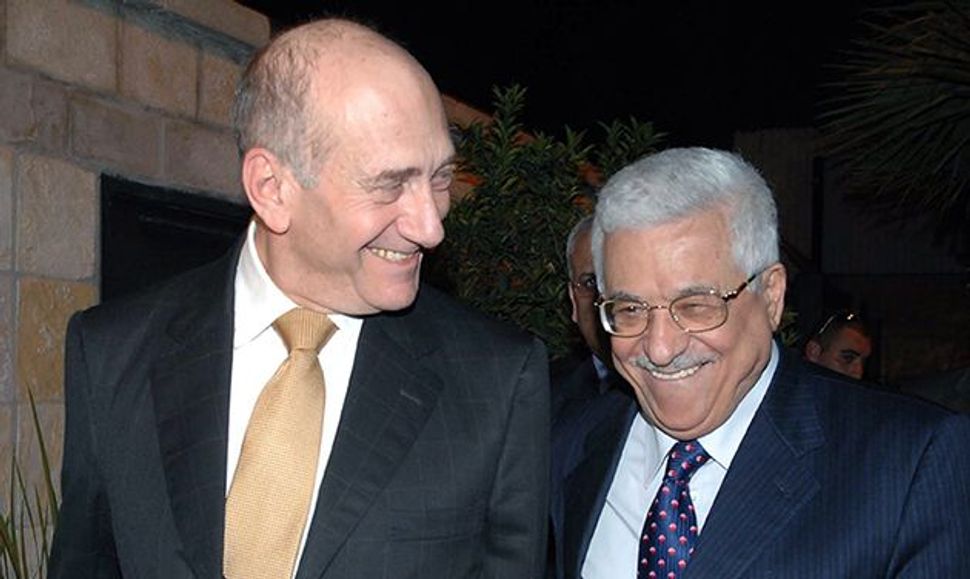 A video clip produced last October by the American Jewish Committee aimed to explain the reason for the repeated failures of the Middle East peace process. “The one word that frustrated over 60 years of hope for peace: no,” the clip stated, going on to detail Israeli peace efforts in the past two decades while stressing that the Palestinian response has always been negative.

But do the recent revelations in the huge leak of peace process documents known as “the Palestine papers” put this worldview into question?

“This doesn’t change the situation,” said Aaron Jacob, AJC’s associate director of international affairs. “The Palestinians need to prove they are serious in their pursuit of peace.”

The trove of leaked documents published by Qatar-based satellite TV news network Al-Jazeera and by the U.K.’s Guardian can be spun in many ways. For some, the detailed accounts of Palestinian willingness to compromise on the core issues of Jerusalem and refugees seem to run counter to the notion that Arab refusal has been the source of the lack of peace in the region. But for most in the Jewish community, this notion remains unshaken.

“If anything, it shows that there is a deal to be done if the Palestinians agree to negotiate,” said Josh Block, a former spokesman for the American Israel Public Affairs Committee who recently launched his own consulting firm, Davis-Block. Block also argued that the new revelations “put the lie to the Palestinian refusal to negotiate” before Israel freezes all settlement activity, since it is clear that the Palestinians accepted that building in Jerusalem is not an obstacle.

This narrative was backed at the time by President Clinton, who put the blame for the Camp David failure on Palestinian leader Yasser Arafat. It was further reinforced following the failed 2008 attempts by Israeli Prime Minister Ehud Olmert and Palestinian Authority President Mahmoud Abbas to reach a final-status accord. The prevailing notion was that Olmert had made the Palestinians the most generous offer they’ve ever received, but Abbas recoiled.

The Anti-Defamation League’s national director Abraham Foxman, writing in the June 24 issue of the New York Review of Books, argued that at these talks Israelis “went back to a full and better offer for a Palestinian state and got nothing again.” Foxman did not return several calls from the Forward seeking comment on the new disclosures.

Most recently, after negotiations halted when Israel declined to extend a freeze on Israeli-Jewish settlements in the occupied West Bank, the Palestinians’ refusal to meet with Israelis added weight to the “no partner” argument. Speaking at AIPAC’s March 2010 policy conference, Lee Rosenberg, the group’s president, said: “Ladies and gentlemen, let us be clear. The reluctant partner in this peace process is not Israel’s elected leader, Prime Minister Netanyahu. The recalcitrant partners are the Palestinians and their leader president, Mahmoud Abbas.”

According to the papers leaked to Al-Jazeera, which include minutes of meetings between Palestinian and Israeli negotiation teams as well as internal communications of the Palestinians negotiators, the Palestinians were willing to go further toward Israel than formerly known, particularly on the issue of Jerusalem. In a June 15, 2008, meeting, former Palestinian prime minister Ahmed Qurei proposed that all Jewish neighborhoods in East Jerusalem (excluding Har Homa) would be annexed to Israel and that the future of the Holy Basin in Old Jerusalem would be determined in separate negotiations. These proposals, which are in line with the parameters set forth by former president Clinton, go further than any Palestinian concession previously discussed.

“This definitely lays to rest the idea that Palestinians were not a partner or that Palestinians are not amenable for change,” said Daniel Kurtzer, who served as U.S. ambassador to Israel from 2001 to 2005. Kurtzer added that the documents, if accurate, seem to tear down the claim that the Palestinians did not respond to offers made by Olmert.

For those on the dovish end of the pro-Israel political map, the leaks are viewed as an opportunity to shift the mindset of Jewish groups toward a more favorable view of the Palestinian Authority.

Ori Nir, spokesman of Americans for Peace Now, said there are two key lessons the pro-Israel community should take from the documents: “One is that there is a worthy and capable Palestinian partner for peace, and the other is that when an Israeli government seriously engages with such a partner, it can significantly advance negotiations toward a peace agreement.”

Rabbi Steve Gutow, president and CEO of the Jewish Council for Public Affairs, agreed that the papers require the community to “think through” the notion that the Palestinians walked away from a generous offer made by Olmert. But Gutow, whose organization coordinates the work of hundreds of local Jewish community relations councils across the nation, argued that the pro-Israel community never gave up hope on the chances of reaching a negotiated peace with the Palestinians. “Most of us who are for Israel are also for negotiations with the Palestinians,” he said.

But in general, the news of Palestinians wiling to compromise was met with skepticism. Daily Alert, a news digest provided by the Conference of President of Major American Jewish Organizations, chose in its January 25 edition to quote opinion pieces arguing that there were no Palestinian concessions noticeable in the leaked documents.

Jacob of the AJC pointed to the fact that the Palestinians vehemently denied that they had ever agreed to the compromises that were detailed in the documents. He also stressed that this point makes clear that Palestinians are saying one thing behind closed doors and another in public. “As long as the Palestinian leadership is not preparing its people for compromise, peace will remain elusive,” he said.

The Israel Project chose to highlight on its website on January 25 a takeaway from the documents, that could work for all sides: “Palestinian Leaks Show That Talking Leads to Compromise,” the headline on the group’s website read.