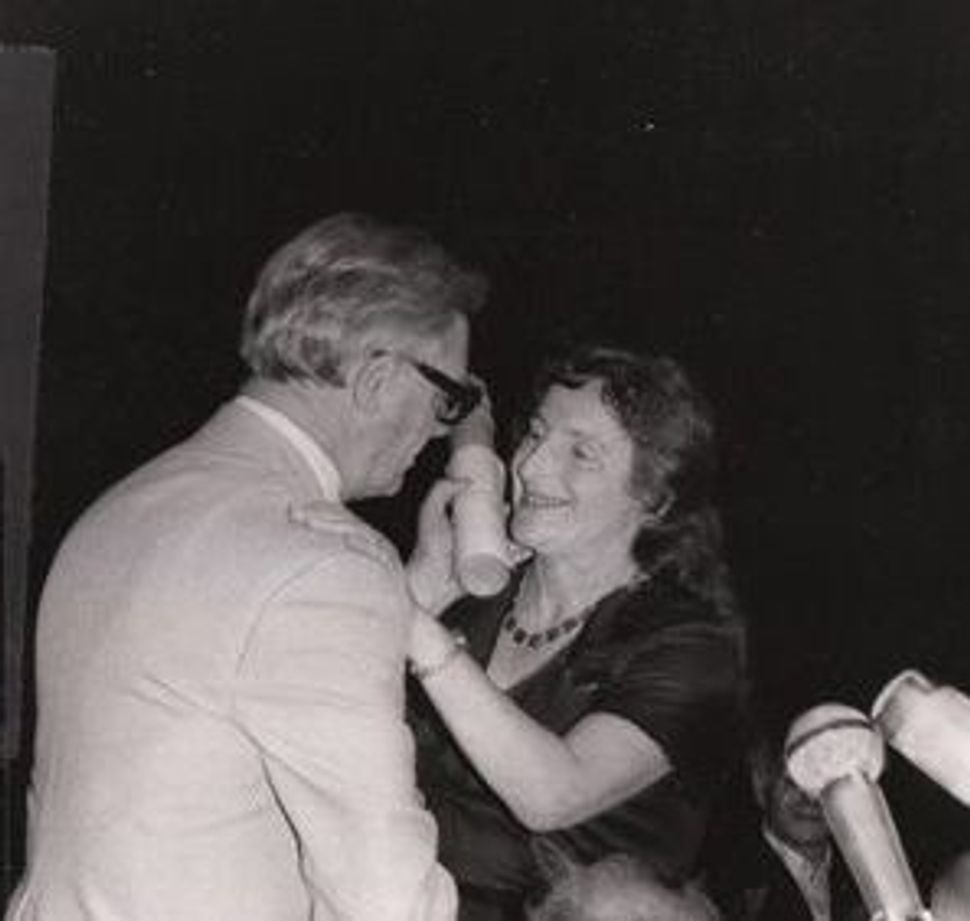 Chava Rosenfarb, who died on January 30 at the age of 87 in Lethbridge, Alberta, was a Yiddish prose writer and poet who made her mark as a postwar Yiddish writer in Canada. One of the few female novelists in Yiddish, Rosenfarb was a Holocaust survivor whose landmark Holocaust trilogy — published in 1972 and translated between 2004 and 2006 as “The Tree of Life: A Trilogy of Life in the Lodz Ghetto” — remains one of the seminal works of fiction about the Holocaust in any language.

Born February 9, 1923 in Lodz, Poland, Rosenfarb came from a Bundist family who sent her to the local secular Yiddish school. By the time Rosenfarb graduated from high school, Germany had invaded Poland, and the Jewish community of Lodz was confined to the city’s ghetto. There, Rosenfarb began writing poetry. Her work soon gained the attention of noted Lodz writer Simkha-Bunim Shayevitsh, who welcomed her into the ghetto’s literary circle. 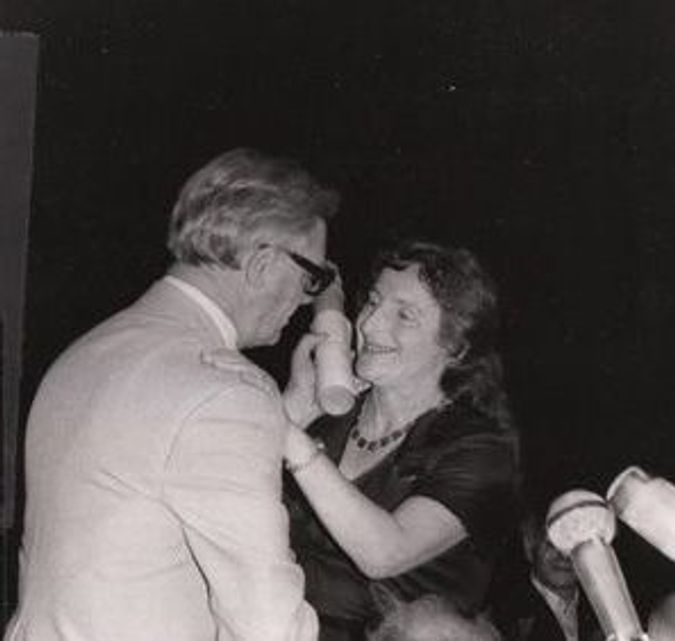 When the ghetto was liquidated in 1944, Rosenfarb was sent to Auschwitz and eventually Bergen-Belsen. Though she and mother and sister survived the war, Rosenfarb’s father was killed when the Nazis began shipping prisoners out of Dachau in the face of the Allied advance. After the war, while briefly in Belgium, Rosenfarb married Henry Morgentaler, a fellow survivor who later became renowned as a prominent abortion rights advocate in Canada. Together the couple had two children, although they subsequently divorced in 1977. While in Belgium, Rosenfarb continued writing poetry, including the 1948 book-length poem for her father, “Dos Lid fun Yidishn Kelner Abram” (“The Song of the Jewish Waiter Abram”).

After immigrating to Montreal in 1950, Rosenfarb quickly became involved in the city’s Yiddish literary community. Her daughter, Goldie Morgentaler, now a professor of English literature at the University of Lethbridge, recalls her mother giving talks at the Jewish Public Library and hosting Yiddish writers who were visiting the city.

Though Rosenfarb began her career writing poetry, she later branched out into other genres, including drama, memoir, short story and the novel. Rosenfarb’s play “Der Foygl fun Geto” (“The Ghetto Bird”), about Vilna resistance fighter Yitzhak Wittenberg, was translated into Hebrew and produced by the HaBima Theater in Israel in 1966.

Rosenfarb’s greatest achievement, however, was “The Tree of Life,” an epic three-volume novel that draws on her wartime experiences, re-creating nearly the entirety of ghetto life. While the novel is a work of fiction, it also paints a complex portrait of Mordechai Chaim Rumkowski, the reviled chairman of the Judenrat, who was tasked by the Nazis with administering the ghetto.

“She always conveyed to me what I think of as a clear-sighted view of being a Yiddish writer after the Second World War,” said Norman Ravvin, chair of the Concordia Institute for Canadian Jewish Studies, in Montreal. And, talking about her as a Holocaust writer, he added, “I was always struck by the lack of sentimentality and bitterness.”

While Rosenfarb established her reputation in the Yiddish literary world, winning the prestigious Manger Prize in 1979, she had more difficulty gaining recognition for her work in English.

“She had a very hard time getting people interested, because her books were in Yiddish and they were very long,” said Goldie Morgentaler, who collaborated with her mother on several translations. “Publishers were reluctant to take a chance on a long book by a writer nobody had heard of.”

Bono Wiener, a childhood friend from Lodz, became Rosenfarb’s partner after her divorce. They lived together half the year in Melbourne, Australia, and half the year in Montreal, until his death in 1995, after which she moved temporarily to Toronto. Since 2003, Rosenfarb had lived near her daughter, in Lethbridge. And when, in 2006, she received an honorary doctorate from the University of Lethbridge, she became the first Yiddish writer to receive such an honor from a Canadian university.

Rosenfarb’s last work, “Briv tsu Abrashn” (“Letter to Abrasha”), published in 1992, deals ever more closely with brutal Holocaust experiences, depicting not the ghetto, but concentration camps. Though currently unavailable in English, the book is in the process of being translated by her daughter.

“I think it’s an extraordinary book. It’s fiction, but fiction written by someone who was actually there,” Morgentaler said. “You get a sense of the anxiety, the horror, of just living day to day and not knowing if the people you love are going to survive.”

In addition to her daughter, she is survived by her son, Abraham, and by her sister, Henia Reinhartz.