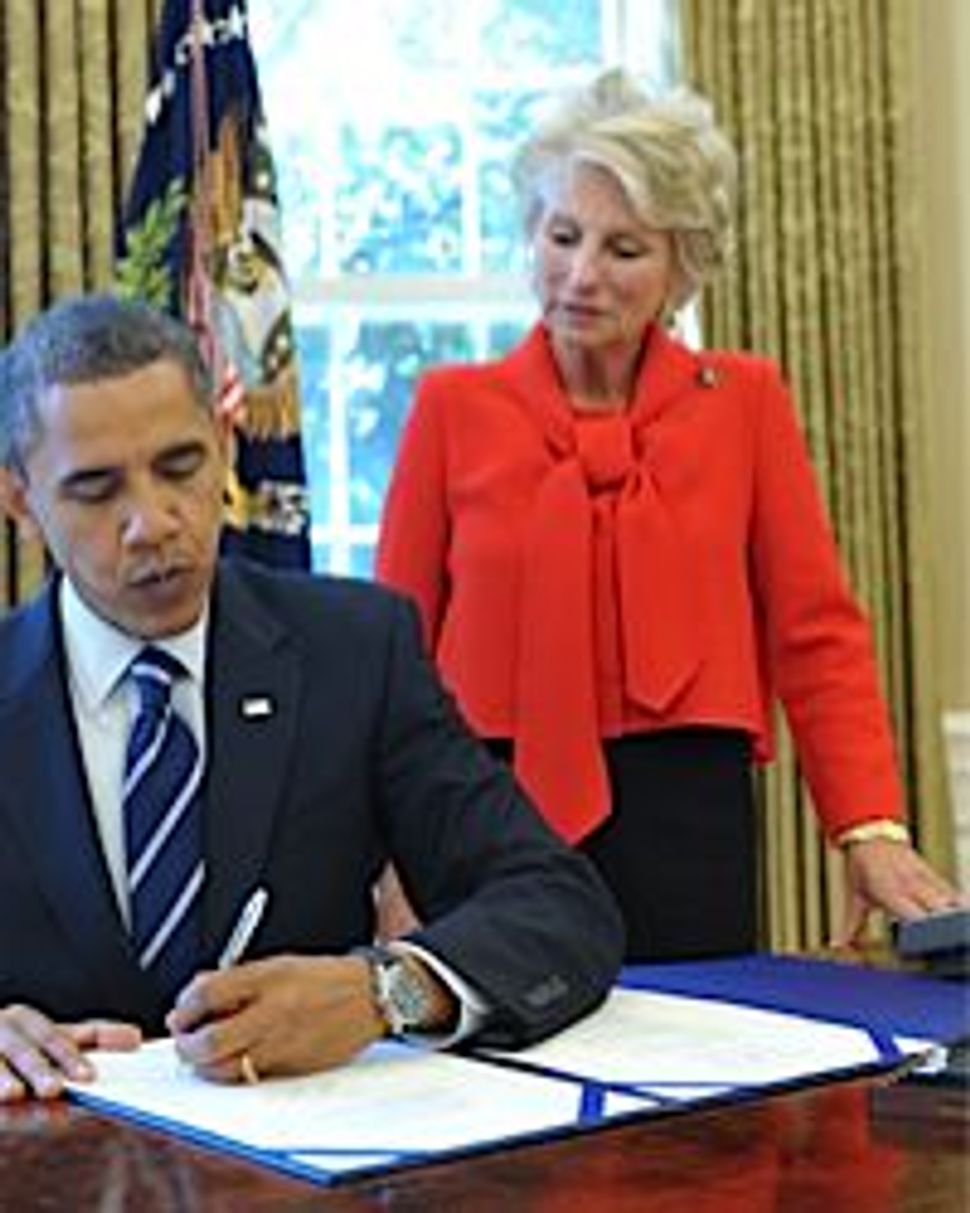 With nine-term Jewish congresswoman Jane Harman stepping down Congress is loosing a key pro-Israel voice and one of its leading Democratic centrists.

Harman’s close ties with the pro-Israel lobby made her a subject of a 2006 FBI wiretap in which she was allegedly asked by an Israeli agent to intervene on behalf of two former staffers of AIPAC who were facing espionage charges. The case was since dismissed and investigators made clear there was no suspicion relating to Harman.

In an e-mail to supporters, the California lawmaker said she was leaving Congress for a position as president of the Woodrow Wilson International Center for Scholars in Washington. She will replace former Congressman Lee Hamilton, who recently announced his resignation.

Harman explained in her e-mail that her centrist, bipartisan approach to politics would be an important asset in her new job at the Wilson Center. “I have always believed that the best solutions to tough problems require a bipartisan approach, and bipartisanship is the center’s ‘brand,’” she said in her message, quoted by the Los Angeles Times. “Serving at its helm provides unique opportunities to involve the House and Senate, top experts, and world leaders in ‘great debates’ about the most pressing foreign and domestic policy matters.”

Harman isn’t the first lawmaker to leave Capitol Hill in favor of a leadership position with a policy think tank. In 2010, Jewish Congressman Robert Wexler of Florida surprised observers by announcing that he would soon leave the Hill to become president of the Center for Middle East Peace.

Once Harman officially announces her retirement, California’s governor will call for special elections to fill the vacancy within four months. Her southern California district, the 36th, is considered to be solidly Democratic. The only significant challenge Harman ever faced was in 2010 from fellow Democrat Marcy Winograd, who blamed Harman for not being liberal enough and supporting the Iraq war. Buzz about potential candidates for the seat is only beginning to surface, since Harman’s resignation announcement came as a surprise to California Democrats today.

Her departure will further shrink the roster of Jewish members of Congress. The recent November elections led to the loss of six Jewish seats (Feingold in the Senate, Klein, Kagan, Adler and Grayson in the House, plus Hodes who left the House and lost his Senate bid.) Since then, Senator Joe Lieberman announced his plans not to seek re-election in 2012 — and now Harman is retiring too. That will leave the House with only 26 Jewish members, and the Senate Jewish representation could drop to 12 once Lieberman leaves in 2012.