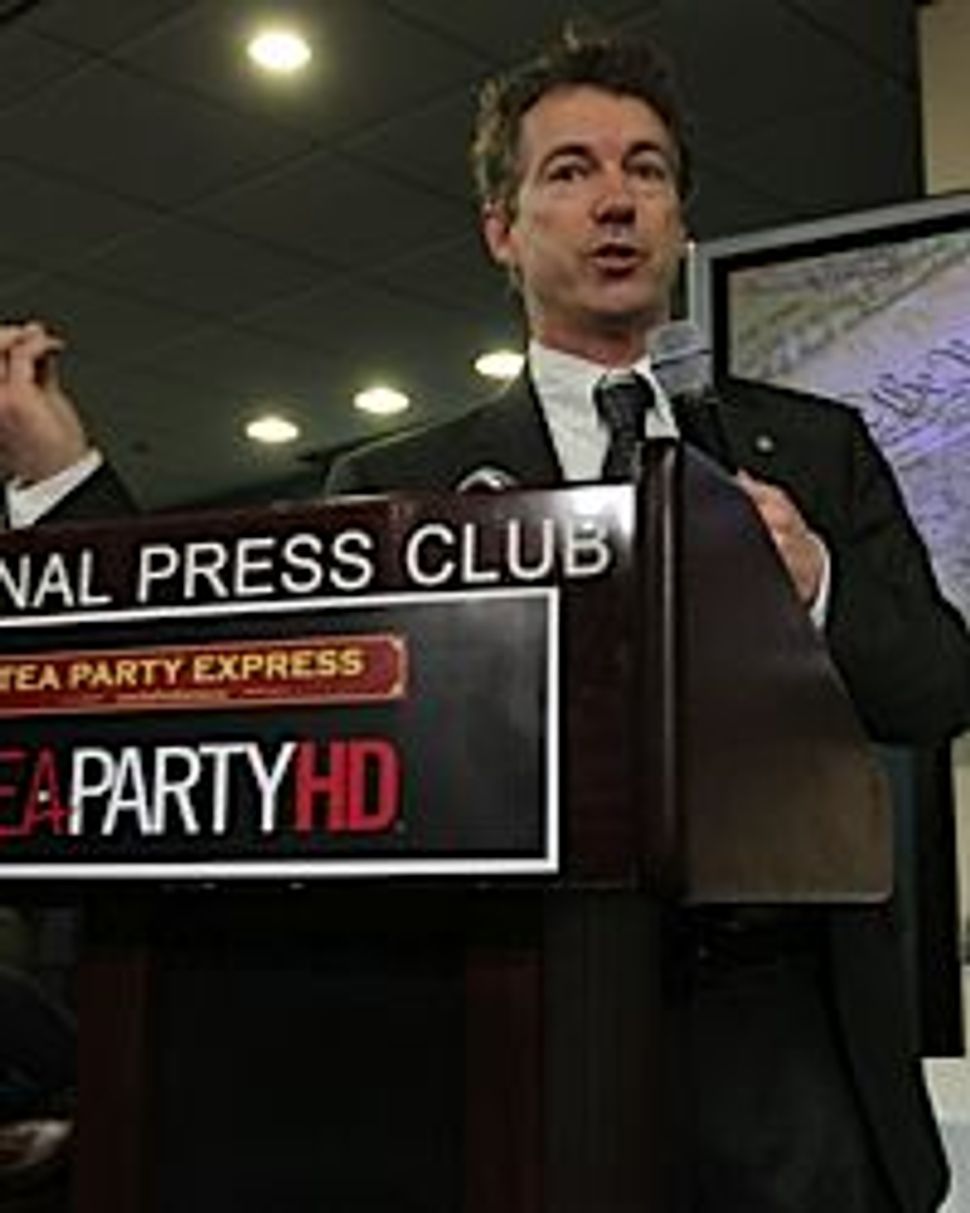 Foreign aid to Israel is one of those issues that serve all political sides well. This was demonstrated in recent weeks by the latest uproar over the suggestion by Rand Paul, the recently elected U.S. Senator from Kentucky, to cut U.S. aid to Israel.

For Paul, who mentioned in a CNN interview that he supports slashing the $3 billion aid package to Israel, and then reiterated the point in an ABC interview, the statement plays out well with his crowd. As a leading Tea Party politician, Paul knows he was sent to Washington in order to cut government expenses. Taking on the most explosive expense of all — aid to America’s foremost Middle East ally — just shows voters how serious he is about cutting costs.

For Republicans this could seem an embarrassment, but it actually gives the GOP yet another chance to prove just how pro-Israel it is. Sen. Paul provided leading Republicans with an opportunity to publicly vow their support for Israel, with the benefit of an added subtext saying, “We love Israel so much that we’re willing even to come out against a Tea Party standard-bearer, no matter what political price we’ll have to pay.”

Needless to say, there is no real political price, since Paul’s call to cut aid to Israel is not going anywhere and will never reach any kind of serious debate in Congress. He simply doesn’t have the troops to back such a call on Capitol Hill.

And for the Democrats, the Kentucky freshman’s statements about Israel are a great opportunity to explain, once again, why the Democrats are the true supporters of Israel — not the Republicans who accommodate views such as Paul’s. (See today’s op-ed by Democratic New York Rep. Nita Lowey in Politico.)

So who stands to lose from raising the issue?

Only Israel and its backers.

Decades of lobbying and high-level negotiations had succeeded in cultivating a quiet understanding regarding aid to Israel. These include increased aid (as part of a 10-year agreement) and other perks that other recipients of foreign aid can only dream of, including early disbursement of the funds, plus permission to spend parts of the aid in Israel, instead of it all going to buying goods from U.S. defense industries.

But most important is the fact that it was all done quietly. Aid to Israel is seen in the political system as a given and is spared the debate that almost all other budget expenses are subject to.

Rand Paul has now put aid to Israel in the spotlight. And even though his call to cut the funding will not cause Israel to lose a penny from the assistance it receives from America, it will make people look again. Here’s an easy exercise: Try to remember, when was the last time the media reported on legislation providing aid to Israel? Hard to remember. The $3 billion package usually gets a couple of lines in the Congressional newspapers and a brief notice in the Jewish media.

Now, look what will happen this year. Aid to Israel is already getting way more attention than in the past and when discussions get underway in the appropriation committees, it will get even more. And that is something that worries Israel and her advocates.