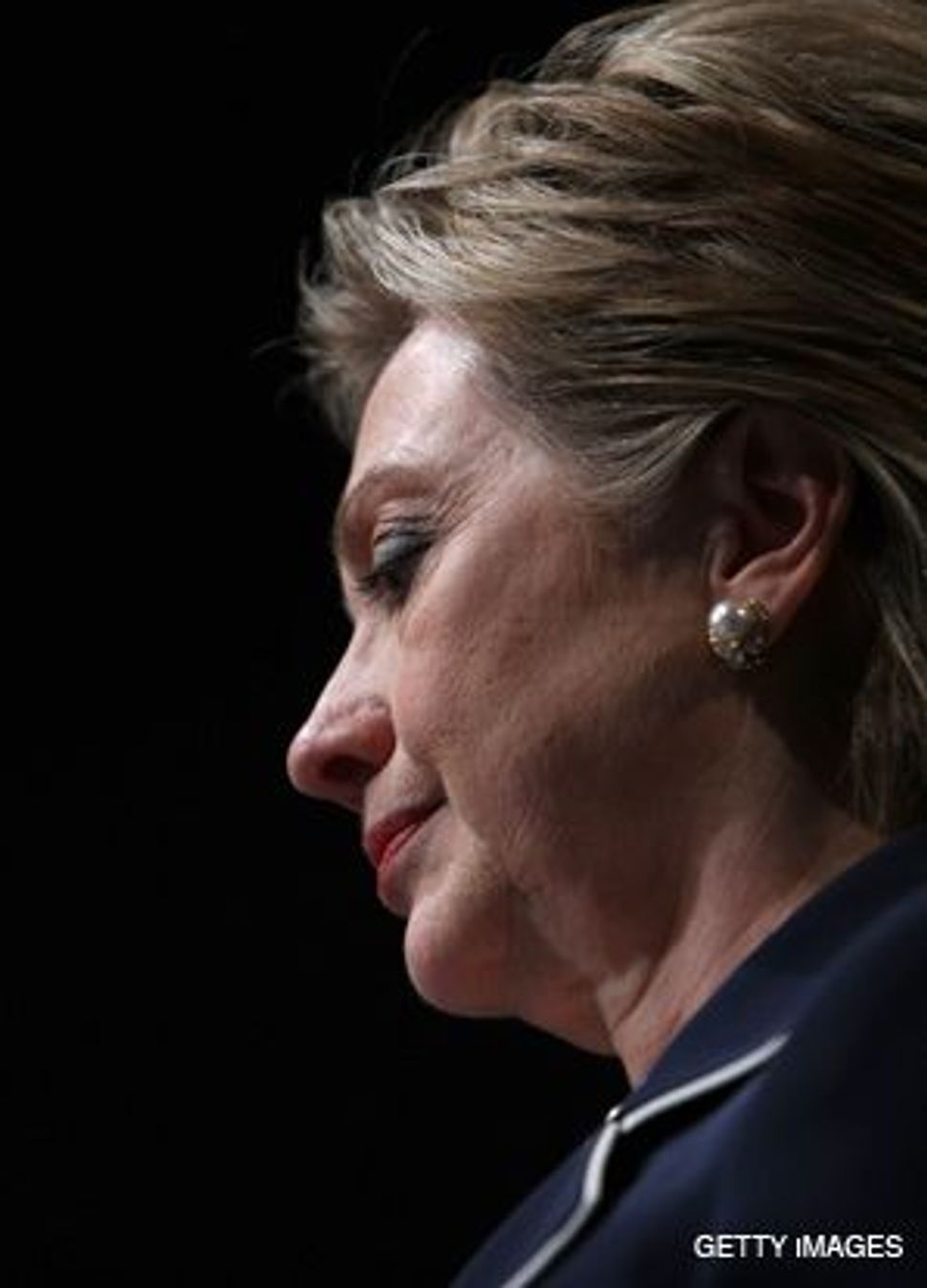 CLINTON: Some of her supporters spoke of feelings that hardened during the nomination fight.

For those who have been wondering for months if and when Jewish Clinton loyalists would throw their weight behind Barack Obama, let June 4 be known, henceforth, as the date for coming out from behind the furniture. 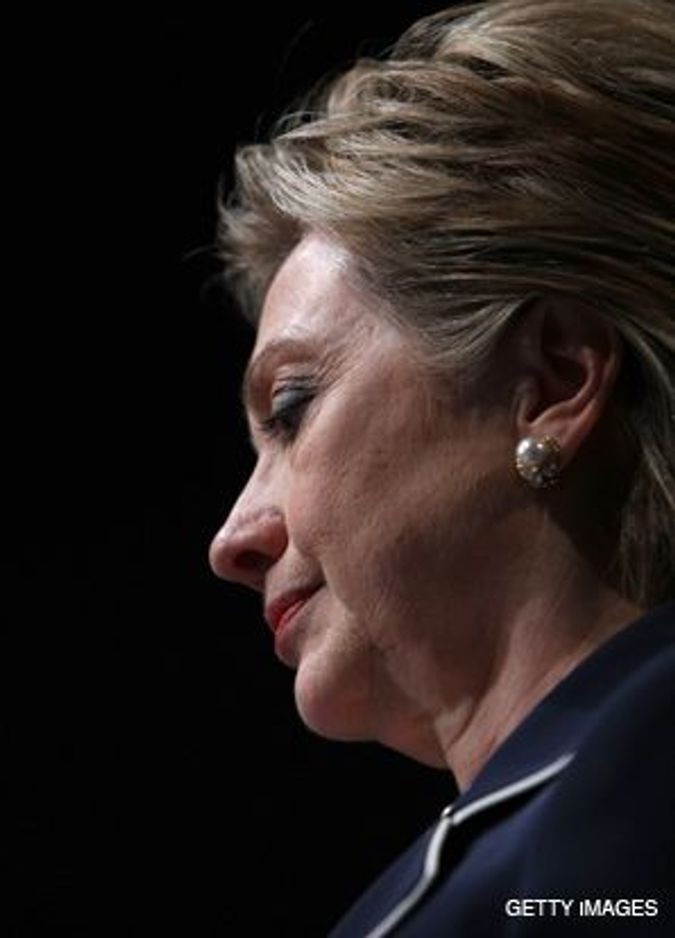 CLINTON: Some of her supporters spoke of feelings that hardened during the nomination fight.

One day after Obama, the 46-year old freshman senator from Illinois, completed his long, hard slog from a national political unknown to the first African American presidential nominee of a major party, some of Hillary Clinton’s Jewish supporters were finally free to work on his behalf.

“Look, I’ve known [Obama] for years, and I said that as the election came to an end, I would make my endorsement, come from underneath the desk — and I did that,” said Rep. Rahm Emanuel of Illinois in an interview with The New York Times. A former member of the Clinton administration and a longtime friend of the Clintons, Emanuel was among those who made official endorsements of Obama this week, an acknowledgement, he said, of the reality that the Illinois senator “is the nominee.”

A brief survey of Jewish party activists following the conclusion of the primary contests suggests that some Clinton loyalists have made peace with the outcome of the nomination hunt and are swiftly turning their attention and energy to Obama. Several of Clinton’s supporters said that while they hoped to see the New York senator on the Democratic ticket as vice president, they would work hard to elect Obama regardless of Clinton’s fate. “I’m a loyal soldier,” said Jack Bendheim, a New York-based Clinton fundraiser who has long been active in Democratic and Orthodox causes and now plans to raise money for Obama. “I definitely will be supportive of whomever the nominee is.”

According to insiders, the mobilization of Clinton’s Jewish activists is key to helping maintain Obama’s significant fundraising advantage over his Republican rival, Senator John McCain of Arizona, since many of Clinton’s fundraisers have easy access to networks of givers who have yet to donate to Obama. At the same time, their support could be vital to shoring up Jewish votes in such key swing states as Florida, Pennsylvania and Ohio.

In interviews with the Forward, several party activists said the Obama campaign is already planning Jewish outreach events in a number of cities for later this month and has been reaching out aggressively to individual Clinton supporters.

They called and said, “The train is leaving the station, and we’d like you to jump on board,” said attorney Mark Aronchick, 58, a co-chair of Clinton’s campaign in Pennsylvania. Aronchick, who is also a member of the Democratic Party’s rules committee, said he has received daily calls from the Obama campaign since the committee’s May 31 meeting in Washington. While insisting that he strongly favored an Obama-Clinton ticket, the lawyer vowed to fight for Obama regardless of his running mate “as long as I’m welcomed into the campaign of whatever the resulting ticket is.”

In their public comportment, a number of prominent Clintonites maintained a balance between showing respect for Clinton and helping to unite the party behind Obama. Several prominent backers — including Governor Ed Rendell and Senators Dianne Feinstein and Chuck Schumer — signed a petition, circulated by longtime Clinton friend Lanny Davis, urging Obama to offer the vice president slot to Clinton. Nonetheless, Schumer and others have stressed repeatedly that they are now focused on winning in November.

“I expect that at some point, I will be asked to be a surrogate in the Jewish community on behalf of the nominee — on behalf of Senator Obama — and if he asks me to do that, I would do it and be proud to do it,” said Steve Grossman, top Clinton backer and former head of the Democratic National Committee.

Other Clinton supporters spoke of feelings that had only hardened during the course of the nomination fight.

David Greenfield, a leader in Brooklyn’s Orthodox Sephardic community, characterized himself “as one of those Clinton supporters who said that if she would lose, I would support Senator McCain.” Like many others in this community, Greenfield said, he is uneasy with Obama’s lack of foreign policy experience and believed that the onus for winning his vote now falls to the Illinois senator rather than McCain.

But Romayne Sachs, a Clinton supporter from Montgomery County, Pa., said she had emerged from the primary season disenchanted with, to her surprise, none other than Clinton herself. While Sachs, 77, a longtime Democratic activist who campaigned for both Bill Clinton and John Kerry, hosted a low-dollar fundraiser attended by Hillary Clinton last summer, her estimation of the Clintons dropped after the South Carolina primary, and she joined her husband and children in supporting Obama.

“I didn’t come easily; I’ve taken a lot of flak,” Sachs told the Forward. “I have a lot of friends who are going to have a lot of trouble voting for Obama, but I just cannot see her leading the country at this time.”