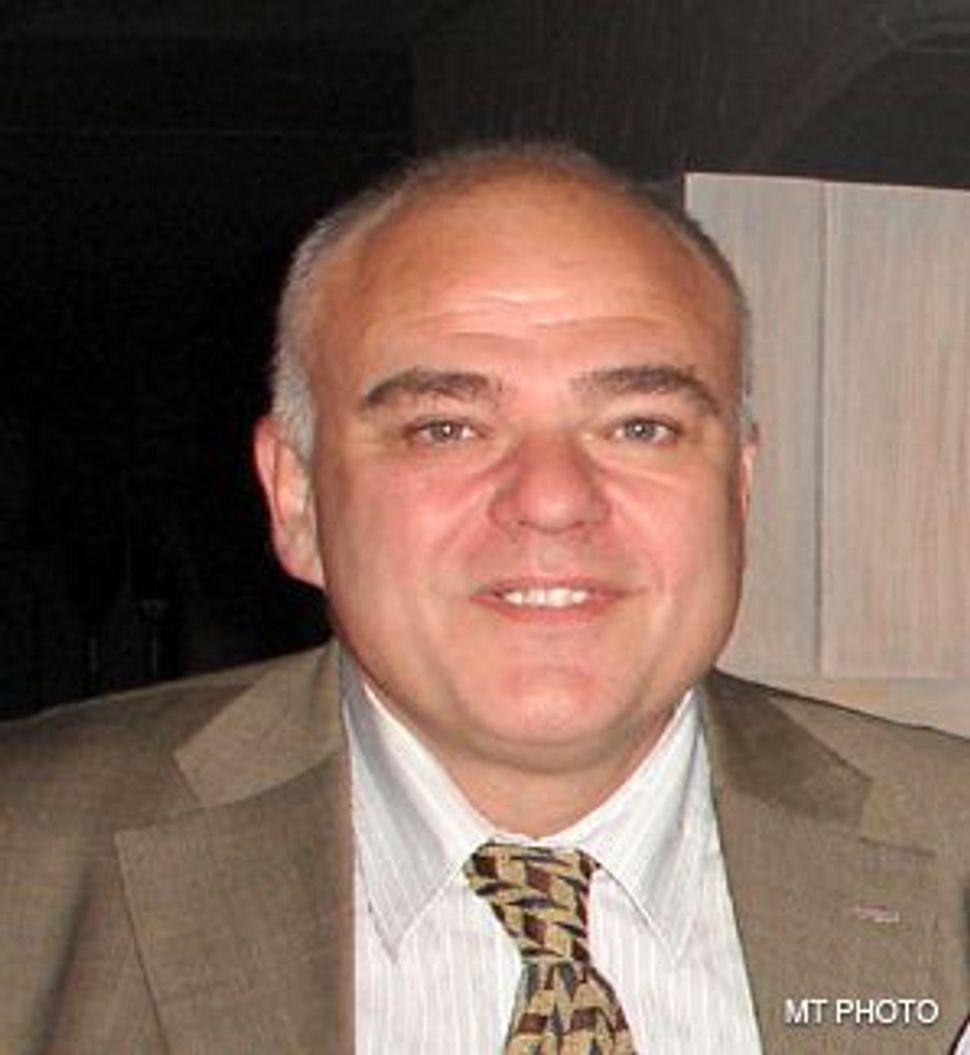 AILING: Zeltser is being denied access to prescribed medications.

The fate of a Soviet-born American lawyer withering away in a Belorussian jail has taken a decidedly bizarre turn in recent weeks. The government of Belarus is pressing new charges against him. The American government, meanwhile, is calling for his immediate release. And to top it all off, in several countries a spate of legal battles are being waged over the estate of a dead Georgian billionaire the American lawyer represents. 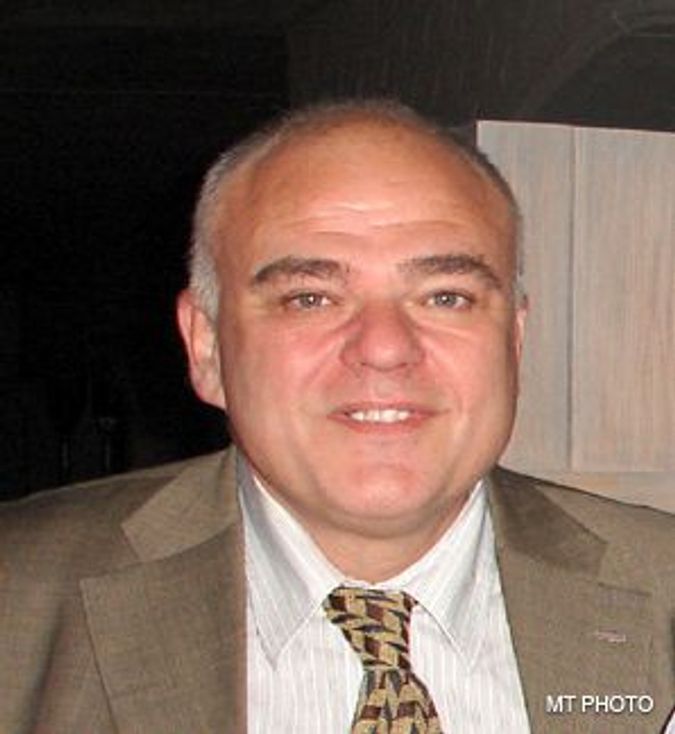 AILING: Zeltser is being denied access to prescribed medications.

In this mysterious case, this much is known: Emanuel Zeltser was arrested with his secretary upon his arrival in Minsk, the Belarus capital, on March 12. Belarus first charged him with using forged documents and, more recently, with smuggling narcotics; and it has rejected American requests that he be released on humanitarian grounds. The necessary context for this turmoil is that Zeltser represents one camp in a bitter dispute over the control of the $10 billion fortune of Arkady “Badri” Patarkatsishvili, a tycoon from the Republic of Georgia who died abruptly last February.

This context means that Zeltser’s fate has become mired in the furious battle pitting Patarkatsishvili’s widow and daughters, who are supported by Russian oligarch Boris Berezovsky, against Patarkatsishvili’s step cousin Joseph Kay, who is represented by Zeltser. The face-off has unfolded in court proceedings in Georgia and in the United States, featuring accusations of forgery, kidnapping, torture and blackmail.

Zeltser’s case grows out of the waning fortunes of tycoons from the former Soviet Union who had grown immensely rich in the 1990s but found themselves at odds with the governments of their native countries once they became involved in politics. Both Berezovsky and Patarkatsishvili have been accused by Russia and Georgia of embezzlement and plotting a coup, prompting them to live in exile in London, where Patarkatsishvili died unexpectedly February 12. Berezovsky has repeatedly expressed concerns about his safety.

“A lot of the old Russian oligarchs have come down a long way since their heyday,” said Jeffrey Mankoff, an adjunct fellow of Russian studies at the Council on Foreign Relations. “Much of their cachet in the West was the result of their connections to not only money but also power… Western leaders have less reason to care about them, especially since many of them have been involved in all sorts of unsavory activities both before and since their departure.”

Zeltser’s arrest by security forces in Belarus came one month after Patarkatsishvili’s death from apparent heart failure. The Georgian’s widow asserted in a lawsuit, filed in early April in the Southern District Court of New York, that Zeltser and Kay were using a fake will to gain control of the mogul’s estate. Berezovsky has made similar claims in the Georgian and Russian media. Zeltser’s supporters, in turn, accused Berezovsky of trying to seize the assets by masterminding the Belarus charges thanks to his close relationship with President Aleksander Lukashenko.

Zeltser received a boost May 14 when a court in Georgia ruled that Kay was the legitimate executioner of Patarkatsishvili’s will, thus preventing his widow and daughters from taking any actions to claim his assets. Two weeks later, Belarus charged Zeltser with “smuggling and illegal possession of drugs and psychotropic substances” in connection with pills he uses to treat his diabetes and arthritis.

According to his brother Mark Zeltser, the charges were made up at the behest of Berezovsky after the Georgian ruling, since it undermined the initial forgery accusations.

“The ruling was a huge blow to Berezovsky, so they came up with something else,” he told the Forward, adding that the new accusations were agreed upon during a meeting between Belarus investigators and Berezovsky in London soon after the court decision. Berezovsky, who could not be reached for comment, told the Russian outlet Kommersant that the Belarussian investigators had come to question him about Zeltser and Kay’s claims.

Both sides have also laid out their dueling arguments before a federal court in Manhattan. While the court has not ruled on the merits, two district judges have cast some doubts on the allegations of the Zelster and Kay camp. Early last month, a judge ruled that Kay could not claim to be the executioner until a relevant jurisdiction ruled on the dispute. Another judge rejected a motion by Kay and Zeltser to dismiss the case in late May. While he granted a stay until Zeltser is able to appear before the court, Judge Richard J. Sullivan berated the defendants’ claims that the plaintiffs had orchestrated Zeltser’s arrest and torture in Belarus to bolster their case.

“Defense counsel has continued to levy what appear to be unsupported allegations of misconduct on the part of the plaintiffs,” Sullivan wrote.

While the dispute is likely to linger in courts for some time, Zeltser’s health has become a major concern for his family and for the American government. On May 30, Belarus rejected a request from the embassy that Zeltser be released due to his poor health. Three days later, an American consular officer was able to visit him for the third time since his arrest and found him in weaker shape than on the last visit, in late April.

“We are deeply concerned about his health and welfare,” a State Department official said, speaking on condition of anonymity. “We continue to demand regular access to him and that he be released on humanitarian grounds.”

The official declined to comment on the merits of the charges against Zeltser. He did add that although the prison doctor had given him prescriptions for two medicines, the prison authorities were denying him access to them. The embassy of Belarus in Washington declined comment.

In letters to the Belarus authorities, including one May 13 to Lukashenko, Zeltser’s American-based physician, Lev Paukman, claims that without access to the appropriate medication, Zeltser may suffer “excruciating, debilitating pain” and risk irreversible multiple internal organ damage.

“Mr. President, Emanuel Zeltser’s life is in imminent danger. I appeal to you again to do everything in your power to save the life of Emanuel Zeltser,” the doctor wrote.