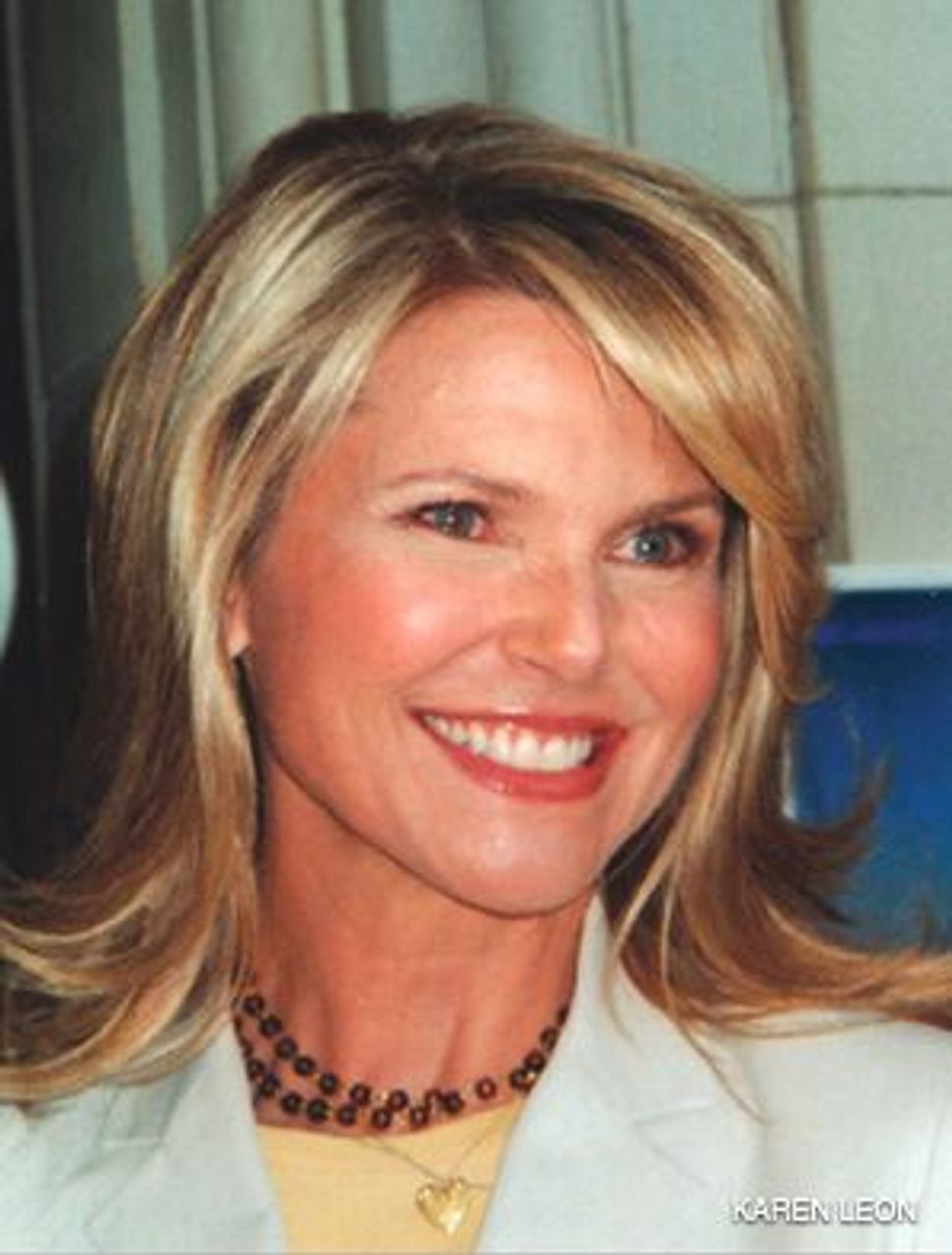 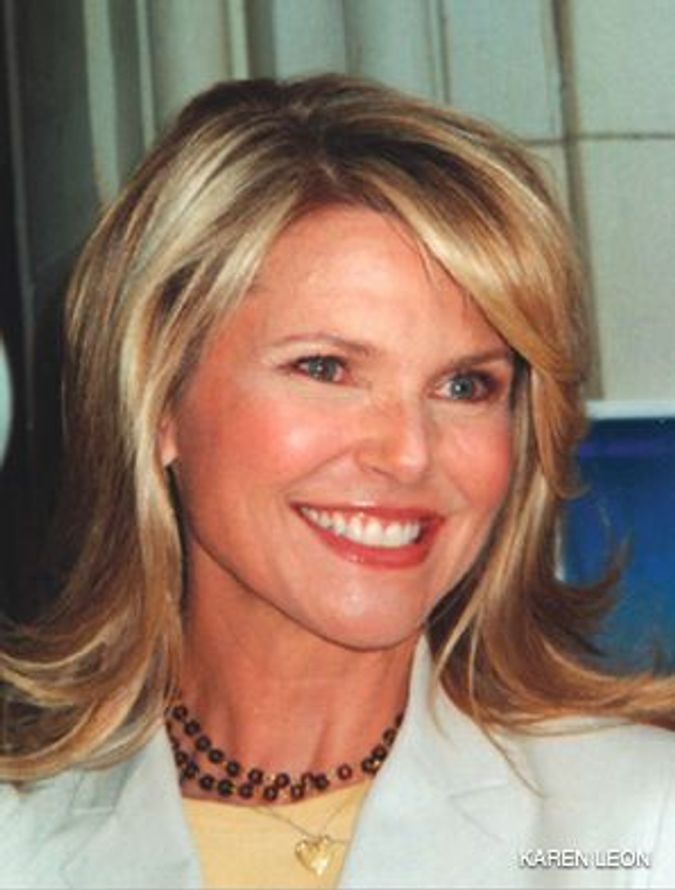 In 1930, Tel Aviv’s first mayor, Meir Dizengoff, gave his home over to the city to be transformed into the Tel Aviv Museum of Art, with the injunction: “Guard it, for it bears a blessing, for it is destined to become an honor and a credit to our city.” At the May 8 American Friends of Tel Aviv Museum of Art’s gala in celebration of Alexander Calder, held at Capitale on Manhattan’s Bowery, the festive crowd included Mark Rothko’s son Christopher, who is involved in managing the Rothko legacy; Marc Chagall’s granddaughter Bella Mayer, and Alexander Calder’s daughter Mary Calder Rower and grandson Alexander “Sandy” Rower. Calder’s longtime friend, lawyer and founder of the Calder Prize, Stanley Cohen, was also in attendance. In a call from Paris, Cohen told me: “[In the 1970’s] when Alexander and I were working together, [Jerusalem mayor] Teddy Kollek asked me to convince Calder [whose mother was Jewish] to bring his sculpture — now known as the “Jerusalem Stabile” — to Teddy’s beloved city.” Steven Schwartz, AFTAM chairman, informed: “We celebrate the museum and the 60th anniversary of the State of Israel, [yet] the museum predates the State.” Apropos he recalled: “Chagall said, ‘You can’t have a modern city without a museum of modern art.’” Then Schwartz added, “In going through the Calder archives, [museum director Mordechai “Motti”] Omer and I were impressed with the extent of Calder’s passionate commitment to put Israel on the artistic map.”

“The Calder exhibition will conclude the 100th anniversary of the City of Tel Aviv,” said Sandy Rower, director of the Calder Foundation. “We are curating a very specific exhibition for Israel… works that have never been exhibited before and have a flavor and excitement like Israel.” Omer kvelled: “The Tel Aviv museum is thriving. In 2007, the Tel Aviv [museum] had the first [Mark] Rothko retrospective. There were 1,000 people opening night. In 2009 we will celebrate the opening of the new building, which will double the exhibition space and will be devoted primarily to Israeli art.”

“I am here because I was forced to go to Yeshivah of Flatbush,” said Patron of the Arts Award recipient Dr. Marc Straus. “I sat next to her, and we were married seven years later,” he said of Livia Straus, his wife and co-honoree. “We have been on this art journey from the beginning.” Formerly chairman of oncology and a professor of medicine at New York Medical College, Straus recalled: “My father, Samuel Straus, was a 15-year-old orphan when came here from the Ukraine. His dry goods store, Roman Cotton Goods, was on Grand and Eldridge on the Lower East Side. We ate at Moishe’s Luncheonette, and I used to go to the men’s store right across the street from the [old] Forward building” at 175 East Broadway. Straus, author of a seminal book on lung cancer and of more than 100 medical articles, recalled: “In 1970, I was so in love with art, I bought an Elsworth Kelly. It was twice my intern’s salary. My father thought I was nuts.” Livia Straus earned a doctorate in Judaic studies at New York University. She focused on medical ethics and Jewish medical history and is a professor of education and Jewish religious thought at the Academy for Jewish Religion. “Marc and I were born at the end of World War II.  In 1967, during our first visit to Israel, water was still rationed and bus drivers had PhDs.” On a personal note, my husband Joseph’s father, Samuel Leon, was born in Jaffa before there was a Tel Aviv. His family had come to Palestine in 1840, and according to family lore, Joseph’s great-great-great-grandfather was a melamed (teacher) and a mohel who circumcised both Jews and Arabs. The local Arabs offered to pay him in land. He refused, claiming that to be a mohel was a mitzvah. In 1967, during our first visit to Israel, family members pointed out the house (later demolished) in which Samuel Leon had been born — a square structure on a swath of property along the edge of what became one of Tel Aviv’s famed beaches.

FOOD FOR THOUGHT: ORGANIC FARMING ON THE PLATE AT NOFA LUNCHEON

“Do I have any organic broccoli between my teeth?” Christie Brinkley joshed at the inaugural luncheon of the Northeast Organic Farming Association held last month at Guastavino’s restaurant, in the shadow of the 59th Street Bridge.

NOFA-NY chairman Brinkley, ever young-looking “Uptown Girl,” and former wife of songmeister Billy Joel, declared: “I am providing my family with the most nutritious food. My kids run barefoot across the lawn, and the dirt under their nails is just that — dirt — not pesticides.” NOFA-NY executive director Greg Schwartz informed that 40% of the association’s members are farmers and most are in their 50s. “The organic standards are under attack.” Dr. Woodson Merrell, chairman of integrative medicine at the Continuum Center for Health and Healing in New York City (part of Beth Israel and Albert Einstein College of Medicine) warned, “Our bodies reach a point where we can no longer handle foods that [are treated] with 148 chemicals.” Heads nodded when Peter Hoffman, owner and chef of Savoy and Back Forty, said, “A lot of our best family memories come from what we served at the table.” Hoffman, who is executive director and national chair of The Chefs Collaborative, noted: “The FDA would like us to think that a biotech potato is the same as a potato.”

Following greetings by event chairman Carole Bellidora Westfall, panel discussion moderator Kathy Lawrence (founder of Just Food, which brings together organizations working on such food system issues as organic farming, hunger, nutrition and social justice in and around New York City) spoke about the effects of climate change and human health. Anne Lappe, one of Time magazine’s “Eco-Who’s Who” and co-host of PBS series “The Endless Feast” (winner of the Nautilus Award for Social Change), faulted the “huge experiment that no one asked for, [whose] unfortunate effects are high rates of certain forms of cancer farmers now have [due to chemical fertilizers].” She also cited the “connection between industrial food and greenhouse gas emissions — 33% of gas emissions come from the production of industrial food.” NOFA-NY’s president Scott Chaskey is a farmer and poet who has farmed for 18 years at Quail Hill Farm, one of the original Community Supported Agriculture farms in the country. His view: “What we have come through is part of a collective conscience [that has] caused so much damage…. It’s about respecting the soil, using rotation not synthetic fertilizers… I would like to focus on raising the number of farmers [nationally] from 1% to 5 to 10% of the population.”

The organic luncheon included roasted beet salad, vegetable vol au vent (patty) of Jerusalem artichokes, roasted potatoes, Swiss chard, carrots and parsnips (or as my mother would say, petrushke). For dessert, sour cream coffee cake with blueberries and chantilly cream. The organic goody bag included little seedlings of heirloom peas, snap peas and assorted veggies. Back home, I planted these near my heirloom tomatoes and Kirby cucumbers in what is my attempt to replicate my grandmother’s shtetl garden. Atop my garden wall, there are bushes of raspberries that remind me of those that grew on the mountainside behind our house in Kobe… and pots of heirloom strawberries that approximate the wild forest strawberries, poziomki, that as a child I picked in the pine forest surrounding Byten (in what is now Belarus).

ELI WALLACH HONORED: AN OKINAWAN A MEXICAN, A GREEK — NEVER A JEW

“I’ve played an Okinawan, I’ve played a Mexican, I’ve played a Greek, but never a Jew,” said twinkle-eyed 92-year-old stage-film star Eli Wallach at the May 8 Elders Share the Arts Award evening, where he was presented with the Bel Kaufman Flamekeeper award. Among the stellar guests at the Lotus Club were playwright Joseph Stein (“Zorba,” “Fiddler on the Roof”) and Wallach’s favorite “redhead”: his wife, fellow actor Anne Jackson. Interviewed by Roma Torre, anchor, NYI “News All Day,” Wallach needed little prompting and was off and running with wit, edge and innuendo. “I was a Jewish kid from Brooklyn. My brother was head of the teachers union. My two sisters were teachers. I got a master’s degree from City College, took the teacher’s exam. Failed. Went to the Neighborhood Playhouse with Gregory Peck and Tony Randall. Then to the University of Texas. Why? Because annual tuition was $30. In my class were John Connolly [later Governor of Texas] and Walter Cronkite… he wasn’t much of an actor.” Wallach continued: “My first job with Cronkite was in a doctor suite. Someone asks ‘Where’s the body?’ Walter opened the door, and I fell out.” During the making of the 1961 film “The Misfits” with Marilyn Monroe and Clark Gable, Wallach recalled his angst: “‘That’s the king of the movies? Hope he doesn’t know that I never saw ‘Gone With the Wind.’” When Torre asked, “Aside from Anne…” Wallach cut her off at the pass with, “There is no aside!” When Kaufman rose to present the award to Wallach, the actor let his cane fall and, to applause from the crowd, pranced across the room. “I’m 97,” statuesque Kaufman declared. What an honor to pass onto him the torch — the second Bel Kaufman Award. This is my name in perpetuity.”

Established in 2006 by Elders Share the Arts, the award’s impetus was “remembering the past to inspire the future.” In giving the first award last year, it was noted that it was presented to “novelist and humorist Bel Kaufman for carrying on the tradition or storytelling begun by her grandfather, the writer and humorist Sholom Aleichem.”

Kaufman’s presentation to Wallach — whose filmography includes the role of Tuco (“the ugly”) in “The Good, the Bad and the Ugly” with Clint Eastwood, and “The Magnificent Seven” with Yul Brynner and Steve McQueen — was, “Performing over fifty years, his love of acting is matched only by his reverence and respect for its changing demands and rich traditions.”  Applause! Applause!