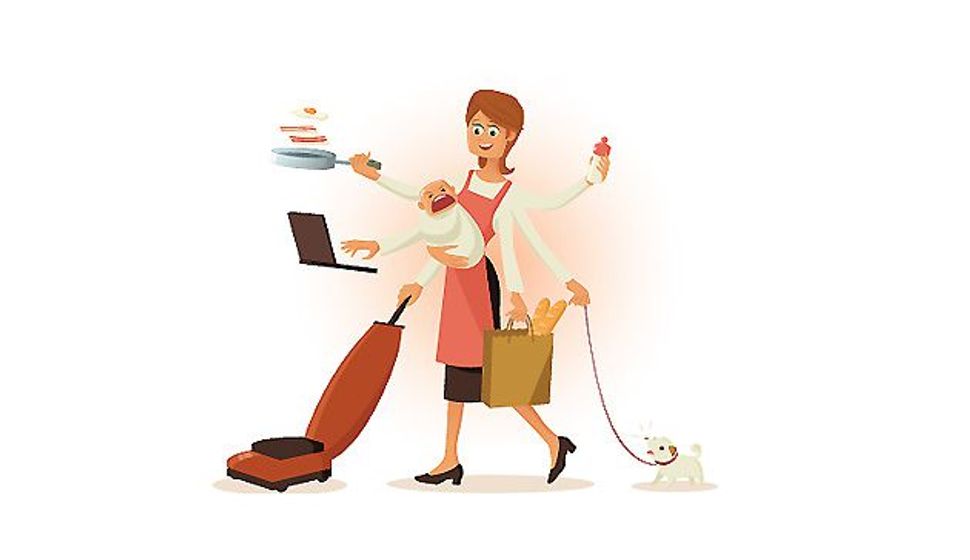 In late January, an advertisement popped up in the Washington, D.C., section of Craigslist. Written by a journalist with a “busy schedule,” it was, ostensibly, a search for a “personal assistant.” But really, it was an advertisement for a $15 an hour wife. The ideal candidate was a cross between my grandmother, Jillian Michaels of “The Biggest Loser” and Mary Poppins.

“I like working with a person who is enthusiastic and energetic,” wrote the woman, who dubbed herself “Penn Quarter Columnist.” Could the applicant kindly a) “Help with fitness goals” listed as “stretching, aerobics, weight training,” b) “Help culling through my wardrobe,” c) “Help with learning more about makeup, hair styling and so forth,” d) “Help with basic interior design and the selection of furnishings,” e) “Start-up planning (business planning) for a new journalistic enterprise”?

“This would be a good job for someone who’s already been involved in a successful entrepreneurial venture, who has strong entrepreneurial instincts, who has a marketing/advertising background or who is an MBA student or grad. Alternatively, it would be helpful (though not necessary) for this person to have had experience in mainstream journalism (as an intern, reporter, editor or producer) or to be a journalism student or grad.”

Swap out college applications and trade in some toddler care, maybe Hebrew-language assistance, and sign me up. In other words: My partner, Ian, and I want one, too. A wife, that is. A real wife; though the sex isn’t the point, so maybe not a sister-wife a la the HBO show “Big Love.” No. A platonic wife. Someone who makes us better people, better workers, better parents, better versions of ourselves.

And it’s a wife we want, not a mother, because we’ve both got those, too — though neither is traditional in that way. In the two generations that have passed since Betty Friedan first penned “The Feminine Mystique,” and in the nearly 40 years since the iconic essay by Judy Brady, “I Want a Wife,” was published in Ms. Magazine, the needs haven’t changed, but the people to fill those needs have disappeared. The dry-cleaning piles up in the corner and is never brought in, or never picked up. The madcap dash to pick up the baby on time is always a scene out of a Keystone Cops film, flying down the street, losing gloves and hat on the way, always arriving five minutes later than I mean to. Or 10. And then begins the peering into the fridge to see if somehow, something was already made for dinner.

More an advertisement for an entirely new personality than for an extra set of hands, the Craigslist advertisement was mocked across the blogosphere. “DC Columnist Seeks Help Doing Everything,” the headline at the website Gawker joked. A colleague of mine at Politics Daily, Carla Baranauckas, wrote that she’d hired a similar person who reorganized her basement and her life, takes her dogs for walks, cooks for her and goes with her to get manicures. She is, Baranauckas wrote, “someone who will take care of the things that wives and mothers traditionally took care of.”

Does Jewish thought train us for this? Equitable work, but no one left to pick up the pieces left behind? Traditionally these were things I would have done.

The other night, I spoke to a Holocaust survivor who contacted me after a story I’d written. The day his wife died this past summer, she had prepared a challah, left it to rise and then left for the hospital.

Before she left for the hospital!

When I leave the house, I feel good if the breakfast dishes are in the sink and the bed is made. It’s hardly a parallel, but still. That said, I make time for other things.

When Ian and I first interviewed baby sitters — back when my daughter, Orli, was so new, I walked everywhere with her strapped to my chest — one sitter offered a perk no one else did. “I can take her to Tot Shabbat for you,” she said smugly, pleased to have noted our Jewishness, the mezuza on the wall, the Sabbath candlesticks, the various modern Judaica notes here and there, the books on the shelf. “What?” I said, taken aback. “Yes,” she said. “Though I myself am not Jewish, my last family had me take their child to Tot Shabbat. It’s at 6 on Friday nights. That way, their baby got to go even though they didn’t have time for it.”

I declined. And I was judgmental about it. So I realized: I want help, but not for everything.

There are some things I became a parent to do. Part of the reason I want a wife is to let me do those things, to stop wasting time on laundry at 9 p.m., to just have a few hours with my family. When we went to my parents’ for the Sabbath recently, Orli ran to the candles on the counter and pointed upward, jumping up and down, saying, “Bim bom, Bim bim Bom, Shabbat Shalom. Hey!” (like the song.)

I don’t know if the Penn Quarter Columnist ever found a wife, but for me, at least, there are some things I can’t hire someone to do.

Sarah Wildman writes about the intersection of culture, politics and travel for The New York Times and Politics Daily.