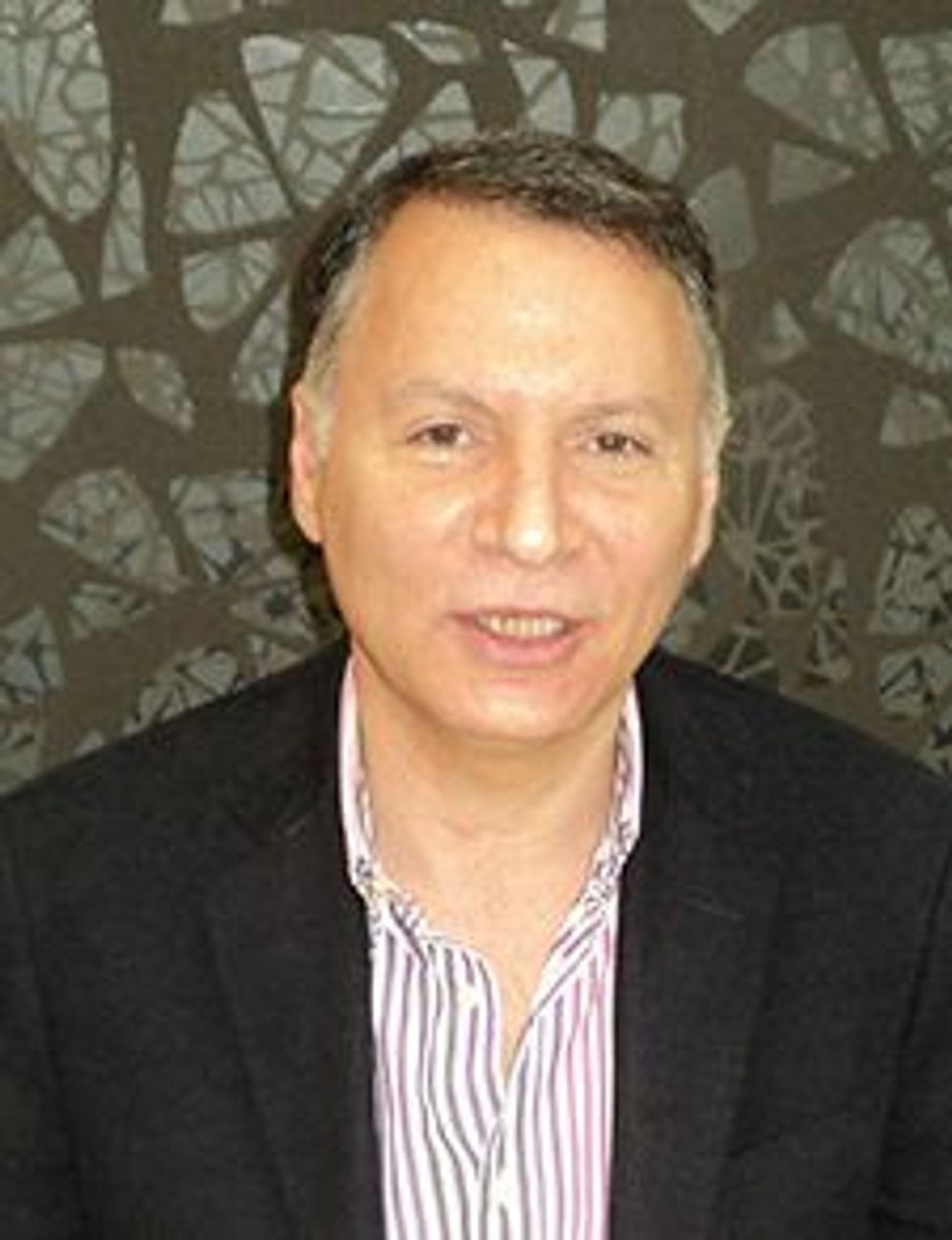 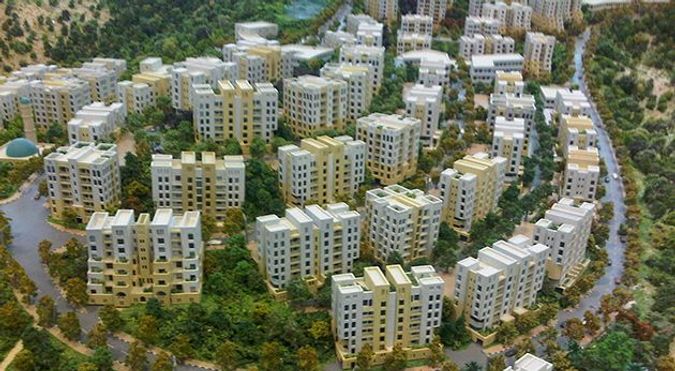 He’s the Palestinian-American who is determined to out-settle the settlers.

In his chic office in Ramallah, Bashar Masri, believed to be the richest person in the Palestinian territories, is in high spirits. It’s February 3, his 50th birthday, and the past year has been a particularly good one.

It is a year that has seen him start construction on the first planned Palestinian city, an $800 million development that will have more homes than Ramallah. And he nearly achieved in the boardroom what Palestinian Authority President Mahmoud Abbas, whose office is just a few blocks away, hasn’t managed in negotiations. 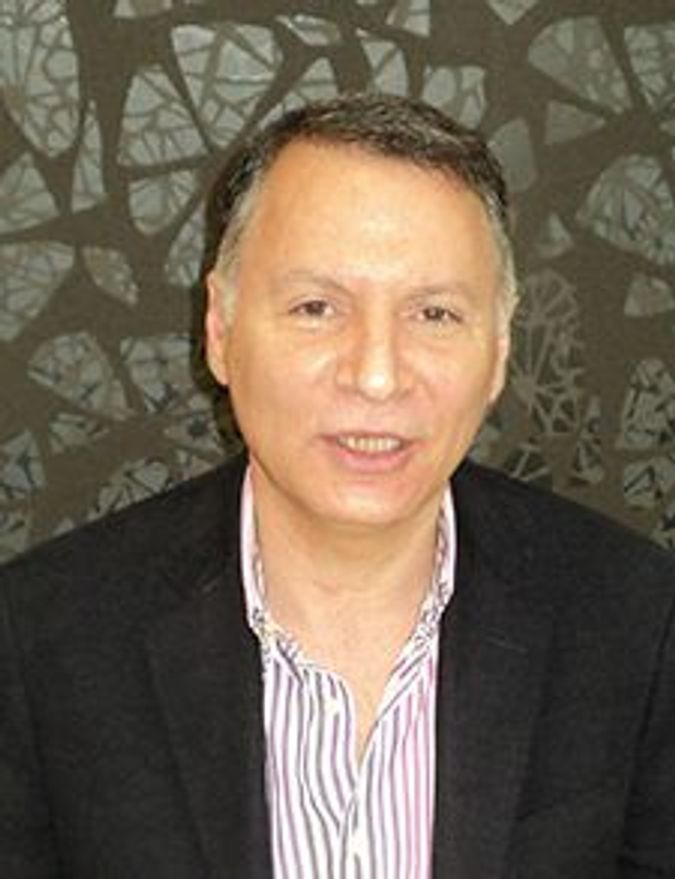 In early January, Masri came within an inch of turning a Jewish neighborhood in East Jerusalem — a settlement in his parlance — Arab. He expects to finally succeed in doing so later this year.

His intended purchase was Nof Zion, a private neighborhood where 90 Jewish families live in the predominantly Arab Jebl Mukaber district. He had hoped to market the remaining 300 apartments in the blueprint to Arabs, but the deal fell through after right-wing Israelis voiced their fury and the contracting company, Digal Holdings, accepted an offer from Israeli businessman Rami Levy instead.

But Masri says he has more irons in the fire. A few hours after sitting with the Forward on his birthday, he is off to see another Jewish-owned lot in East Jerusalem, and discloses that he is “about to close” on its purchase. There are also seven other offers of Jewish-owned lots on the table, he said.

“I’m Palestinian, I’m American. I’m proud of being both, but I’ve gained so much experience in the United States that my smaller nation, the nation in the making, needs us, and I can benefit from being here, too,” he said.

Masri was born in 1961 to a wealthy family in Nablus. He protested against the occupation through his early teenage years, and Israeli forces arrested him on several occasions. In 1977 he emigrated with his parents to America, where he studied chemical engineering at Virginia Tech and went on to work for a Washington consulting and lobbying company. Masri was naturalized as an American citizen after his marriage to an American woman.

Through all this, he retained his ties to the West Bank. In 1994, Masri set up Massar International, a Ramallah-based holding company to which then-Palestinian leader Yasser Arafat awarded many a contract, and the next year he moved to Ramallah. Today the company works across the Middle East, North Africa and Europe, and manages 15 subsidiaries. Most operate in real estate development, financial and investment services, and corporate business development.

But when it comes to his work with Palestinians in the West Bank, Masri resembles no one more than a successful American Jewish businessman with an inviolable sense of connection to Israel. Perhaps more than any Palestinian public figure today, Masri is intent on getting diaspora Palestinians involved in nation-building, and he is frank about where he looks for inspiration. “We are at the stage where there is a resemblance in a certain way between our diaspora and the Jewish diaspora… so there’s a lot to look at and maybe to learn from,” he said.

Diaspora businessmen also fit into this borrowed vision. “When an international firm comes to Israel, you [can] bet 90% of the time it’s a Jewish executive that brought it to Israel,” he said. “We would like to do that in Palestine — there’s nothing to be ashamed of there.”

Even the planning of Rawabi drew Masri’s team to Diaspora Jews. His architects headed to the Israeli city of Modi’in, a stronghold of Anglo immigrants, and built with their housing preferences in mind. Indeed, the artists’ conception of the future city bears a striking resemblance to Modi’in.

Masri is a firm believer in the two-state solution, and sees his part in building the economy as his contribution to preparing his nation. “The day we get our Palestinian state, if this state is still highly dependent on donor contributions from Western nations and Arab nations… this is another form of occupation,” he said.

With his economic focus, is he on the same page as Israeli Prime Minister Benjamin Netanyahu and his vision of “economic peace”?

“Certainly I agree with Netanyahu that [focusing on the] economy is good,” he said. But he argued that without a political process to solve the conflict, “it’s a matter of time before it will collapse.”

It was in 2007 that Masri, concerned about the shortage of affordable housing for West Bank Palestinians, came up with the idea of a new city. Today at Rawabi, five miles north of Ramallah and 15 miles south of Nablus, contractors are preparing the ground for 5,000 units across 23 neighborhoods to house 25,000 people — much to the chagrin of nearby Israeli-Jewish settlers. Further phases of construction will take up the population to 40,000.

Planning Rawabi has made Masri a controversial figure. The city has been widely described by Palestinians and Israelis alike as a Palestinian settlement, because of its Israeli-style architecture. Masri responds that he has taken steps to avoid settlement associations. There will be no red roofs, for example. For most Palestinians, these are the epitome of the settler style. But Masri is the ultimate pragmatist. And sometimes, this gets him into trouble.

There is the issue of Rawabi’s trees, for example. JNF has donated several thousand to the project, which has caused controversy among some of the charity’s Jewish supporters, who see the gift as inappropriate, as well as among Palestinians, who say Masri should have declined them.

In an February 8 article published in the Palestinian media, Uri Davis, the sole Israeli Jewish member of the Revolutionary Council Committee of Fatah, the major faction within the Palestinian Authority, protested that Masri’s acceptance of the JNF trees put the P.A., which has declared Rawabi to be a national project, “in a position of complicity with one of [I]srael’s ugliest apartheid instruments, the Jewish National Fund.”

In response, Masri agreed to uproot the JNF’s already planted 3,000 pine saplings – denounced by Davis as “typically political-Zionist” – and replace them with olive trees, which Davis praised for being “indigenous arboreta.”

Masri’s choice of contractors has also caused a storm. Palestinian hard-liners have criticized the entrepreneur for commissioning some Israeli-Jewish firms. Meanwhile, the Israeli right is furious with the contractors for agreeing to Masri’s precondition of shunning all settlement-made goods in their work. In late January, National Infrastructure Minister Uzi Landau, a lawmaker from the Yisrael Beiteinu party, forbade government bodies under his ministry from working with such companies.

Masri remains unfazed. “When the radicals on both sides are criticizing you, you know you are doing something right,” he said.