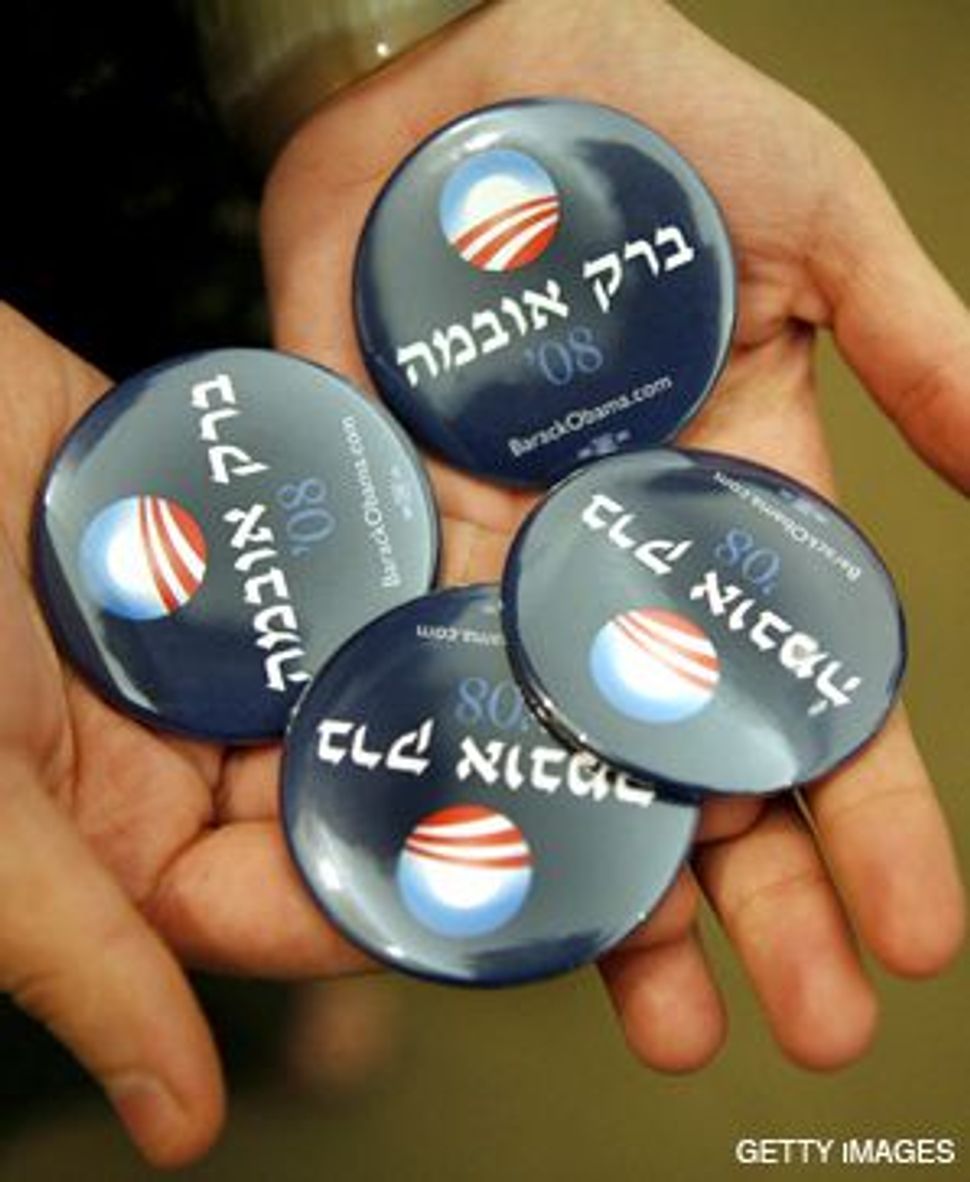 PINNING THEIR HOPES: Jewish Obama supporters have taken to wearing their allegiances on their sleeves ? and lapels.

As the general election campaign gets under way, some Jewish liberals say they are working to ensure that 2008 doesn’t go down in history as the year that Barack Obama got “schvitz-boated.” 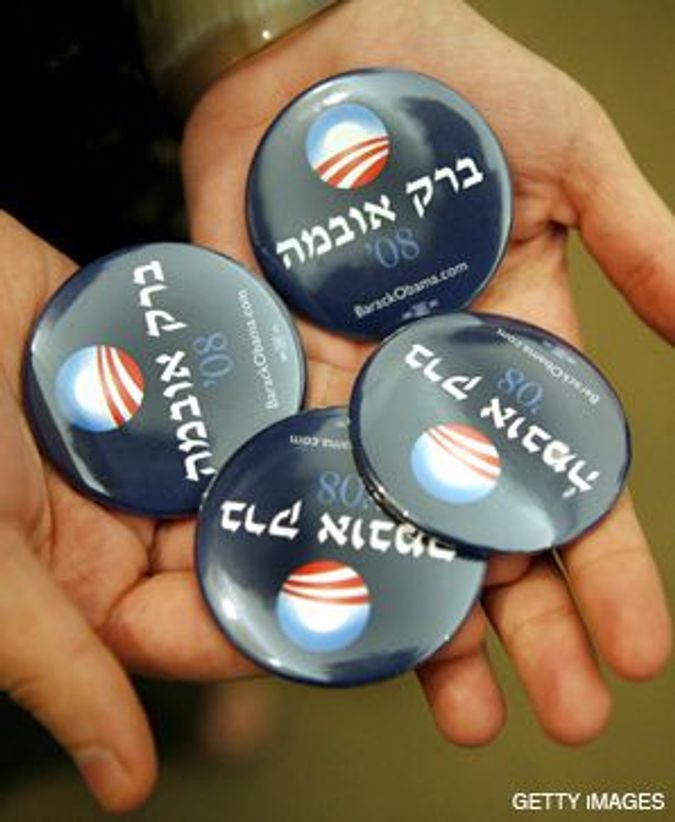 PINNING THEIR HOPES: Jewish Obama supporters have taken to wearing their allegiances on their sleeves ? and lapels.

A small, grass-roots-powered group of Jewish Democrats called Jews for Obama is quietly rolling out an independent campaign to bolster its party’s presumptive presidential nominee. With a dozen board members but limited money and manpower, the group hopes to use the Internet to lance Republican attacks on Obama and to help the Illinois senator win over Jewish voters.

The new group, which is unusual in the scope of its efforts, has a fundraising goal of $500,000 with a gala planned for New York in September and current outreach efforts to major donors.

“In 2004, [Senator John] Kerry did not answer quickly enough and strongly enough when he was attacked,” said Gidon D. Remba, one of the group’s founders, in an interview with the Forward. Referring to the now-infamous ads run against Kerry in 2004 by the independent group Swift Boat Veterans for Truth, Remba said his current effort is needed because Obama is, like Kerry, being “swift-boated — or, as some like to call it, ‘schvitz-boated,’— every day.”

Remba’s group is one of several efforts aimed at shoring up Obama’s support in the Jewish community, pockets of which remain jittery about the senator’s policies in the Middle East, as well as his past association with his former pastor, Reverend Jeremiah Wright. In addition to the Obama campaign itself, which has aggressively courted Jewish voters in recent weeks, the Illinois senator will also get a boost from outreach efforts undertaken by the Democratic National Committee and the National Jewish Democratic Council, a not-for-profit group independent of the party.

Remba’s effort is not the only grass-roots “Jews for Obama” campaign to spring up. Earlier this year, a separate “Jews for Obama” group organized by environmental policy expert Ruth Greenspan Bell posted a letter in support of the Illinois senator on the Internet during the primary campaign. On the social networking site Facebook, a group called Jews for Obama has attracted 1,224 members as of June 11. The group’s message board, which is filled mostly with critiques of Obama’s policy on the Middle East, shows the task ahead for the Jewish supporters given the often vocal opposition to Obama in the Jewish community. (At the current time, a “Jews Against Obama” Web site turns up as the top entry under a Google search for the term “Jews for Obama.”)

The latest Jews for Obama group, led by Remba, includes a board of directors and an advisory board involving more than two-dozen people from all four major Jewish streams. Remba, who is serving as the group’s president and executive director, is a veteran Israel peace activist who most recently served as the national executive director of the dovish group Ameinu, formerly known as the Labor Zionist Alliance. Advisers to the group include Reform Rabbi Andy Bachman of Brooklyn’s Congregation Beth Elohim, as well as Rabbi Arnold Jacob Wolf, who came to personally know Obama as the longtime leader of KAM Isaiah Israel, a congregation in Chicago’s Hyde Park neighborhood.

Remba is hoping for impact on the Internet, fueled by supporters (or detractors) linking to his site or forwarding on his weekly e-newsletters. The current core of the effort is a rapid response team composed of a half-dozen volunteers. The team posts fact sheets that visitors to the site (www.jewsforobama.com) can e-mail to their friends and family with the click of a button. Over the coming month, Remba said, the group will attempt to capture broader attention with the release of “catchy, clever and humorous” Internet ads supporting the senator.

While it remains to be seen whether or not the Jews for Obama Web site will take off — a recently posted statement backing the senator has, so far, garnered fewer than 1,000 endorsements over several days — one of the organizers sees momentum building for the project.

Jordan Pollack, a professor of computer science at Brandeis University who is serving as the project’s chief technology officer, said that he has recently started to receive “hundreds” of requests per day for free “Jews for Obama” bumper stickers and pins after a link to the site showed up on the Web site getfreestuff.com. One of the most recent requests, moreover, came from a producer from Comedy Central’s “The Daily Show” who asked for the goods for a potential bit involving elderly voters.

“I sent him some of our posters and buttons and bumper stickers,” Pollack said. “He said he was taking off for Florida.”