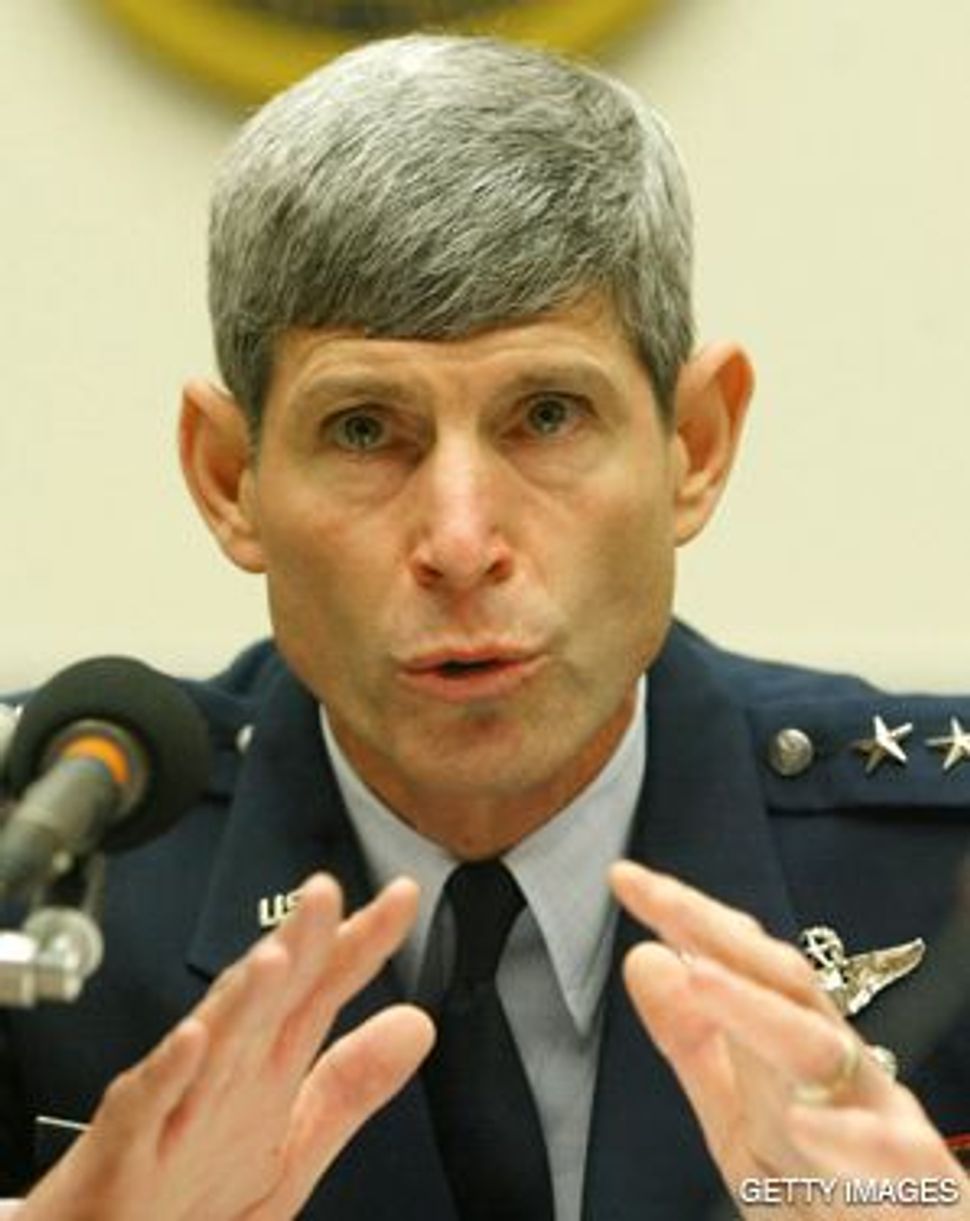 When he was a cadet at the Air Force Academy in Colorado Springs, Colo., in the early 1970s, Norton Schwartz did not hide his religion under his blue-and-white uniform. 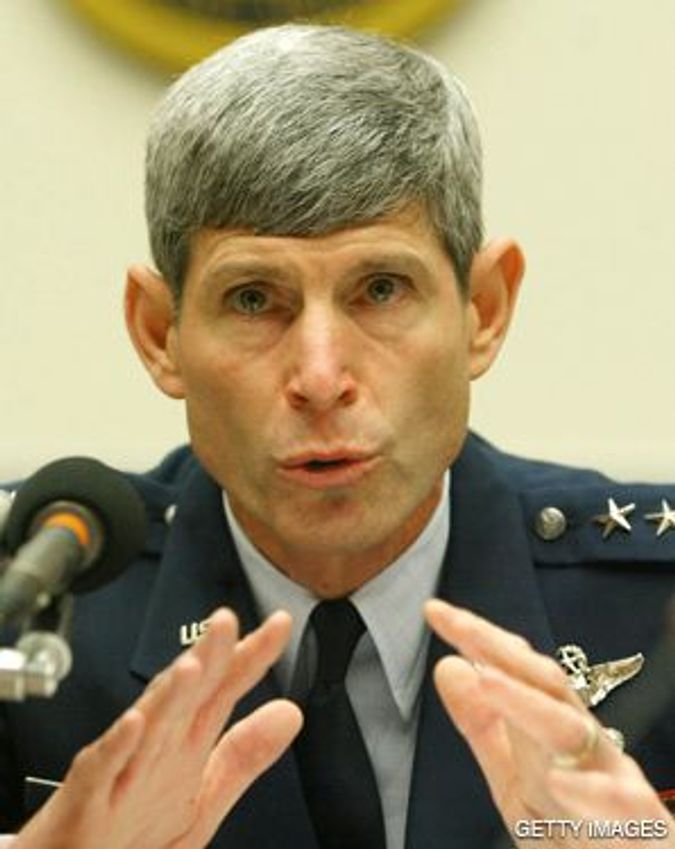 A member of the academy’s Jewish choir before graduating in 1973, according to one of his classmates, Schwartz has since risen up the ranks and on June 9 was appointed Air Force chief of staff by Defense Secretary Robert Gates.

If confirmed by the Senate, Schwartz will be expected to immediately deal with an armed service that has been badly embarrassed by the recent mishandling of nuclear material. But Schwartz, one of only a few Jews in the top ranks of the military, will also have to face off with the difficult questions of religion at his alma mater. During the past decade, the Air Force Academy has developed a reputation for being a hotbed of evangelical Christian proselytizing, drawing numerous constitutional complaints. Opponents of this trend see a ray of hope in Schwartz’s appointment.

“He has the capacity to bring change and change this general feeling that the Air Force Academy likes you more if you’re an evangelical Christian,” said Barry Lynn, executive director of Americans United for Separation of Church and State.

With his appointment, Schwartz becomes the third Jew in the top ranks of the military, alongside Lieutenant General Steven Blum, who heads the National Guard, and General Robert Magnus, who is the assistant commandant of the Marines.

Schwartz, who was promoted to the rank of general in August 2005, has held a series of top jobs in the Air Force. He flew his first operational mission in 1975 and, as such, took part in the infamous aerial evacuation of Americans from Saigon. In 1980 he became involved in Air Force Special Operations a few months after another humiliating event: the failed mission to free American hostages held by the Iranian regime.

“There are seminal events in all our lives,” Schwartz told Air Force Times in an April 2000 interview. “This was one of the momentous events for my generation.”

Two months ago, the Defense Department announced that Schwartz was to retire at the end of the year from his position as head of the Transportation Command, which manages global air, land and sea transportation for the Defense Department. But it was soon after this that the Secretary of Defense learned that the Air Force had sent four fusing devices for ballistic missile nuclear warheads to Taiwan instead of sending helicopter batteries. This followed an incident last summer in which a B-52 bomber mistakenly armed with six nuclear-tipped cruise missiles flew to Louisiana from North Dakota. Gates ordered an internal probe, and on June 5 he ousted the top military and civilian officials at the helm of the Air Force. Four days later, he tapped Schwartz to be chief of staff of the Air Force.

There have long been rumors that Schwartz’s predecessor, Michael Moseley, was opposed to a military attack on Iran. The appointment of Schwartz has prompted speculation in the Iranian press and on some blogs that the Bush administration is yet again seriously considering the military option to thwart Tehran’s nuclear ambitions.

Aside from the recent controversies, one of the most prominent challenges facing the Air Force has been a series of lawsuits and constitutional challenges at the academy. Following revelations compiled in a May 2005 report from Americans United for Separation of Church and State that evangelical officers and staff members had pressured cadets of other faiths to convert — charging that there was “systematic and pervasive religious bias and intolerance at the highest levels of the Academy command structure” — the Air Force appointed an investigative panel. In June 2005, the panel found evidence that officers and faculty members of the academy periodically used their positions to promote their Christian beliefs and failed to accommodate the religious needs of non-Christian cadets. no “overt religious discrimination” was found.

The Pentagon has since issued formal guidelines to protect against religious intolerance and discrimination in the Air Force Academy, but Congress partly rescinded them under pressure from evangelical groups.

One of the primary critics of the Air Force has been Michael “Mikey” Weinstein, president of the Military Religious Freedom Foundation and a Jewish graduate of the Air Force Academy. Last March, Weinstein’s organization sued the federal government to combat what it calls creeping evangelism in the armed forces, arguing that it violated the constitution. Weinstein said he has already requested a meeting with Schwartz.

“He’s the new sheriff in town, and we don’t know where he stands on the issue of the proselytizing of the Air Force by fundamentalist Christians,” Weinstein said.

Schwartz’s classmate at the academy, Mike Nishimuta, says that one of the reasons he believes Schwartz — or “Nortie,” as he knows him — is an outstanding choice is that he is a “good diplomat.” He noted that Schwartz already distinguished himself at the academy by being named cadet wing commander.

“He is extremely smart, a good diplomat and someone who knows how to work with Congress,” said Nishimuta, who is now an aerospace consultant.