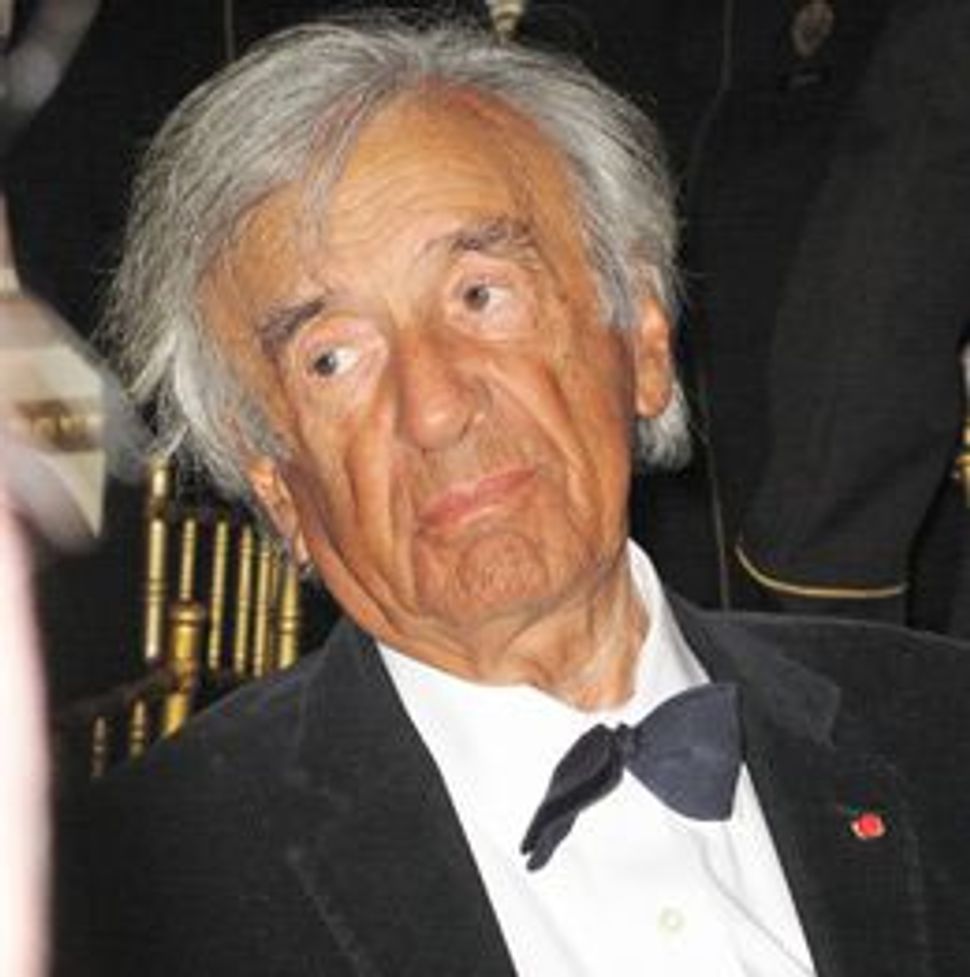 The American Friends of the Israel Philharmonic Orchestra concert, held February 22 at Carnegie Hall, was in celebration the 75th anniversary of the IPO and the 50th anniversary of Zubin Mehta as its lifetime conductor. So blown away was composer, pianist and gala co-chair Marvin Hamlisch by Yefim Bronfman’s bravura performance of Franz Liszt’s Piano Concerto No 2 in A Major S, that during intermission he said to me, sotto voce, “How can you call yourself a pianist?!” no doubt a reference to pianists at large. 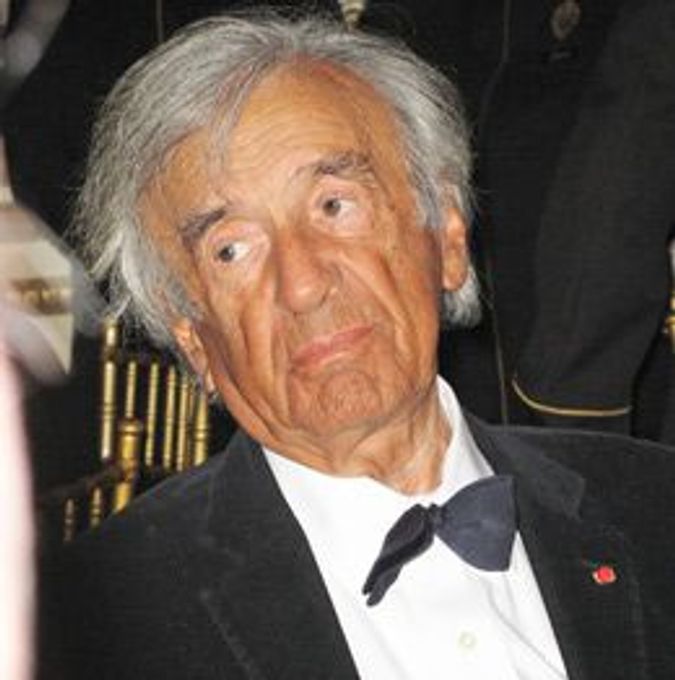 At the post-concert dinner at the Plaza, Mehta said: “Fifty is not even half of a hundert un tzvantzik,” a reference to the Yiddish blessing that one should live to 120. “From the heart of all my hearts, we could not exist without you,” Mehta said to the black-tie crowd, which included Elie and Marion Wiesel, Morris and Nancy Offit, James and Elaine Wolfensohn, Ruth Westheimer, Fanya Heller, Karen LeFrak and Ronald Lauder. During my intermission chat with George Soros, I revisited a few past encounters, including the May 13, 2003, benefit for the YIVO Institute for Jewish Research, at which he accepted the Nobel Prize in literature on behalf of then-ill fellow Hungarian Nobel Prize winner Imre Kertesz. The concert showcased the North American premiere of “Azerbaijani Dance” by Israeli composer Avner Dorman, and concluded with the IPO’s thrilling rendition of Gustav Mahler’s Symphony No. 5 in C-Sharp Minor, which resonates with sounds borrowed from Jewish musical sources.

After welcoming the guests, AFIPO President David Hirsch (an event underwriter with his wife, Rochelle), presented a brief overview of the IPO’s history, beginning with its founding in 1936, when Polish-Jewish violinist Bronislaw Huberman convinced 75 Jewish musicians to immigrate to what was then Palestine. Conducted by Arturo Toscanini, the orchestra’s inaugural concert took place in Tel Aviv on December 26, 1936. During Israel’s War of Independence in 1948, Leonard Bernstein led the orchestra. In 1960, when Eugene Ormandy canceled a performance because he was ill, an up-and-coming conductor — who was born in Bombay, India — came to the rescue. The rest is history.

The evening’s underwriters also included Ingeborg and Ira Leon Rennert; financier Henry Kravis and his wife, Marie-Josée; Lily Safra, and the family of Herman Sandler, past president of AFIPO. The corporate sponsor was the diamond manufacturer Leviev.

Not only is Mehta celebrating 50 years with the Philharmonic, but, as reported in “Walk Among Stars,” Leslie Gornstein’s February 27 article in the New York Post, the Hollywood Chamber of Commerce’s Ana Martinez-Holler has designated Mehta as a recipient of star number 2,434 on the Hollywood Walk of Fame. There’s a catch: According to the article, “every honoree must pay $30,000 for the privilege of a star.” Oy!

Edythea Ginis Selman, a literary agent and longtime friend, invited me to the February 23 memorial for opera singer Shirley Verrett (1931–2010). Sponsored by the Juilliard School of Music and the Metropolitan Opera, it was held at Juilliard’s Peter Jay Sharp Theater. In addition to film clips of historic performances by the internationally renowned American black mezzo soprano in America and abroad, the evening was a symphony of tributes and included anecdotes about Verrett by Juilliard’s president, Joseph Polisi; the Metropolitan Opera’s general manager, Peter Gelb, and conductor and accompanist Warren George Wilson. Memorialists included Emmanuel Morlet, director of the Music Office at the French Embassy in New York; Eve Queler, music director of the Opera Orchestra of New York, and Anthony Tommasini, The New York Times’ chief classical music critic. The event concluded with a 1968 clip from “The Ed Sullivan Show,” in which Verrett sings a sublime “Oh Glory!”

“Did she have any Jewish connections?” I asked Selman, who handled Verrett’s book “I Never Walked Alone: The Autobiography of an American Singer” (John Wiley & Sons, 2003). Selman, who organized the event with cultural historian Maurice Berger, biographer Christopher Brooks and opera coach Thaddeus “Tad” Motyka, reacted: “Are you kidding! She was spiritual! She was my close friend! She sang a Yiddish song on a record…. Go talk to Maurice.” The “Yiddish song” turned out to be the Holocaust survivors’ anthem, “Partizaner Lid” (“The Partisan Song”), which Verret, in beautifully articulated Yiddish, interprets with heart-wrenching neshome, soul, on side B of her 1966 RCA Victor album, “Singing in the Storm.”

So I called Berger. “I know the Forward!” he exclaimed. “I used to walk past its [175 East Broadway] building.” Describing himself as “a curator, a research professor at the University of Maryland Center for Art, Design and Visual Culture, and the author of “White Lies: Race and the Myths of Whiteness” (Farrar, Straus and Giroux, 1999), Berger said to me: “My father loved the Forward and its politics…. In the 1950s we moved to the Baruch Houses…. Shirley was my surrogate mother!” Berger paused: “My mother’s name was Ruth Secunda. She had been an opera singer. Her uncle was [composer-songwriter] Sholom Secunda.” (Secunda composed the Yiddish hit “Bay Mir Bistu Sheyn,” which, with its English lyrics by Sammy Cahn, fueled an Andrews Sisters’ World War II megahit. It was popular among Wehrmacht soldiers — until they realized the lyrics were in Yiddish.)

Berger went on: “When she married my father, who was immensely gifted at not working, that was the end of her career. My mother lived her life vicariously through [opera star] Roberta Peters… she was obsessed with Beverly Sills. My mother, who died in 1978, admired Shirley [Verrett].”

“When I met Shirley,” Berger said, “I told her, ‘I waited seven years to tell you my mother’s story!’ She hugged me. She invited me to dinner. She asked me to sit in her dressing room. She loved Yiddishkeit. She hated bigotry! Whenever a people was fighting for freedom, she was there.”

Berger recalled a particularly nasty anti-Semitic incident at a dinner: “Shirley had a classic reaction. Her eyes narrowed to slits. She looked at the woman and asked, ‘Why did you say that?’ ‘What is the advantage of being anti-Semitic?’ I don’t want to sit here!’” He repeated: “Shirley was my surrogate mother.”