Hillel Looks to the Future 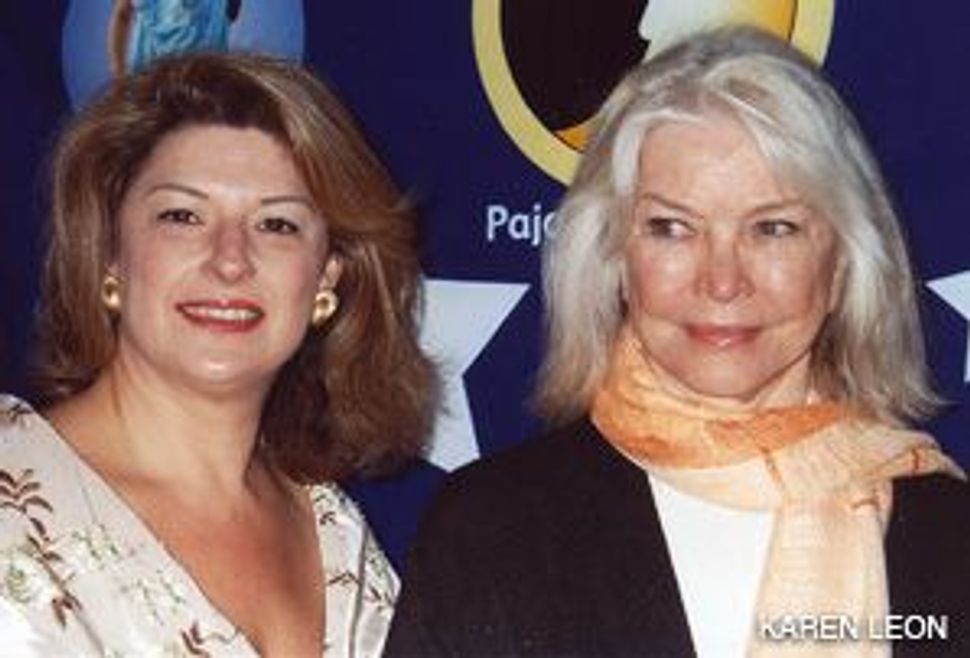 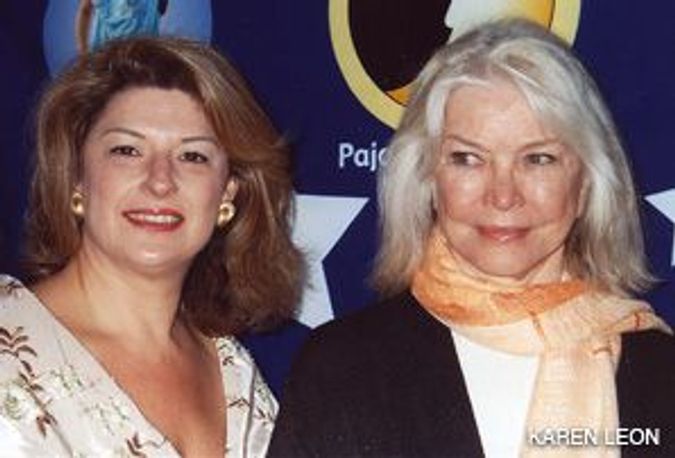 “I grew up in a low-income, middle-class area in [Santiago] Chile,” said Manhattan real estate maven Jacky Teplitzky, recipient of the Sweet Dreams Award at the Pajama Program’s May 2 luncheon, held at the Hotel Pierre. Her family moved to Israel, where Teplitzky served in the army. The family then immigrated to New York, where Teplitzky and her team at Prudential Douglas Elliman have sold more than $500 million in Manhattan real estate. “I promised to give back,” said Teplitzky, a Pajama Program advisory board member. “I wanted my kids to know about philanthropy.” Founded seven years ago by Genevieve Piturro, the organization distributes pajamas to the needy throughout the United States and overseas. Last year, Piturro received a letter from Israel, thanking her for “sending pajamas to our [Hadassah Neurim] Youth Aliyah Villages for teenage kids… the children’s sizes they took home for siblings, others were donated to a nearby orphanage.” Also honored were “Mother of the Year, ” Academy Award winner Marcia Gay Harden, and “Father of the Year,” NBC’S “Today Show” weatherman/host, Al Roker. Oscar winner Ellen Burstyn presented the awards.

Luncheon chair Jennifer Witter informed: “From two bags of pajamas that she first carried seven years ago to needy children in Harlem, The Pajama Program, under Genevieve’s guidance, has grown to more than 73 chapters throughout America… given away more than 190,000 pairs of pajamas and 90,000 books to children not only in New York City and the rest of the country, but to those in need in Bosnia, Iraq, Israel, the Ukraine and South Africa… places where the things we take for granted are viewed as heaven-sent gifts.” Witter added that the 32,000 pairs collected [from viewers] last year on the “Oprah” show “were distributed [nationally] within five days!”

PRESIDENT OF OHIO STATE U. TOUTS HILLEL AND DELIGHTS WITH YIDDISHISMS

At the May 21 Renaissance Award dinner held by Hillel: The Foundation for Jewish Campus Life, Hillel chairman Julian Sandler said, “This is not the Hillel of 20 years ago, or even two years ago.” The event honored Leslie Wexner, chairman and CEO of Limited Brands (which includes Victoria’s Secret). Sandler noted: “Hillel, which has a global reach of 500 campuses, is the future of the Jewish community. Eighty-five percent of all Jews go to college, and this is a pivotal time to engage them so they may enrich the Jewish community and the world.” Addressing the 600 black-tie guests in the Waldorf-Astoria ballroom, E. Gordon Gee, president of The Ohio State University and friend of the honoree (and principal benefactor of the Wexner Jewish Student Center, built at the university in 1996), joshed: “I’m a bow-tie-wearing Mormon academic from Ohio. My daughter and son-in-law are physicians; that makes me a member of the tribe. When I think of this, I get farklempt. You are great mentschn and have filled my life with nachas and simkha.” After a pause, he said, “I had Yiddish lessons from an African American federal judge who was kvelling.”

Hillel president Wayne Firestone stressed the “need for a revitalized Hillel” and a “methodical approach to develop leadership.” Addressing the audience, with its large contingent of Jewish young adults, Taube Schwartz, a student at Northwestern University and member of Hillel’s Campus Entrepreneurs Initiative, declared: “We chose to go to Israel and discovered Judaism, [Jewish] identity… Jerusalem is not something you experience in synagogue or Hebrew school.”

He touted the rebirth of Hillel in Latin America and the former Soviet Union, reaching out to both secular and religious, Sephardic and Ashkenazic students in Israel.

Post-dinner, seated on chairs placed atop white-covered tables set up in the center of the ballroom, Wexner was interviewed by David Gergen, director of the Center for Public Leadership at Harvard University’s John F. Kennedy School of Government. Whatever question Gergen asked, Wexner’s drumbeat response dealt with the issue of ethics, ethics, ethics. “This is the most important ingredient in leadership,” emphasized Wexner, who cited Judaism’s contribution to the world — “Monotheism, justice, [the concept] of freedom at the center of Judaism. The foundation of all leadership is ethics.” He touted the need to “hold our leaders to a high standard [of ethics] or throw them out.” The Renaissance Award presentation to Wexner was made by Edgar Bronfman, chairman of Hillel’s International Board of Governors, along with Sandler and Firestone.

Before, during and between dinner courses — standing atop those same tables — the Neshoma Singers, a mellow-voiced a cappella ensemble of young men, entertained. Since Hillel serves male and female students, it would have been nice to have had a women’s vocal ensemble. Based on national college statistics, it is likely that more than 50% of Hillel members are young women.

Few organizations celebrate 100 years of doing good,” said, Bnai Zion Foundation’s national president, George Schaeffer, at the foundation’s May 18 Centennial Celebration awards dinner, held at the Roosevelt Hotel. “We don’t care who is in Israel’s Knesset, we are interested in helping the sick, physically challenged and needy.” Reflecting on Israel’s 60th anniversary, Schaeffer recalled the moment the last departing British soldier surrendered the keys to the city: “It was the first time in 1,800 years that the keys to Jerusalem belonged to a Jew.” Upon receiving Bnai Zion’s Ohav Shalom award, honoree Tovah Feldshuh announced she will be taking her one-woman show, “‘Golda’s Balcony,’” to London and to some countries not so friendly to us.” Her portrayal of Golda Meir in the 2003-04 record-breaking show earned her a Drama Desk Award and a Tony nomination.

Following the presentation of colors by members of the New York City Police Department’s Shomrim Society, the invocation and Hamotzi by the New York Board of Rabbis’ president, Rabbi Charles Klein, and a proclamation read by Councilman David Weprin, master of ceremonies Rabbi Joseph Potasnik, executive vice president of the rabbinical board, took charge of the microphone, opening with a joke about a donation of books to an institution: “All had been taken out from other libraries but never returned.” And speaking of rabbis, I had the pleasure of sharing my table with three Yiddish-speaking (retired-from-congregation) rabbis, including Meyer Leifer and Nosson Farber.

Bnai Zion, founded in 1908, is one of the oldest Jewish Zionist humanitarian organizations in America, dedicated to helping those in need in Israel, the United States and around the world. Responsible for the creation of the American Red Mogen David for Israel and the America-Israel Friendship League, its projects include the Bnai Zion Medical Center in Haifa, the Ahava Village for Children & Youth in Kiryat Bialik, The David Yellin College of Education in Jerusalem, the Ma’aleh Adumim Conservatory of Music and Library of Peace in the West Bank and the Quittman Center in Jerusalem, a home to several hundred adults with developmental disabilities.

Hillel Looks to the Future