Thaw Between Syria and Israel Puts Hezbollah on Front Burner 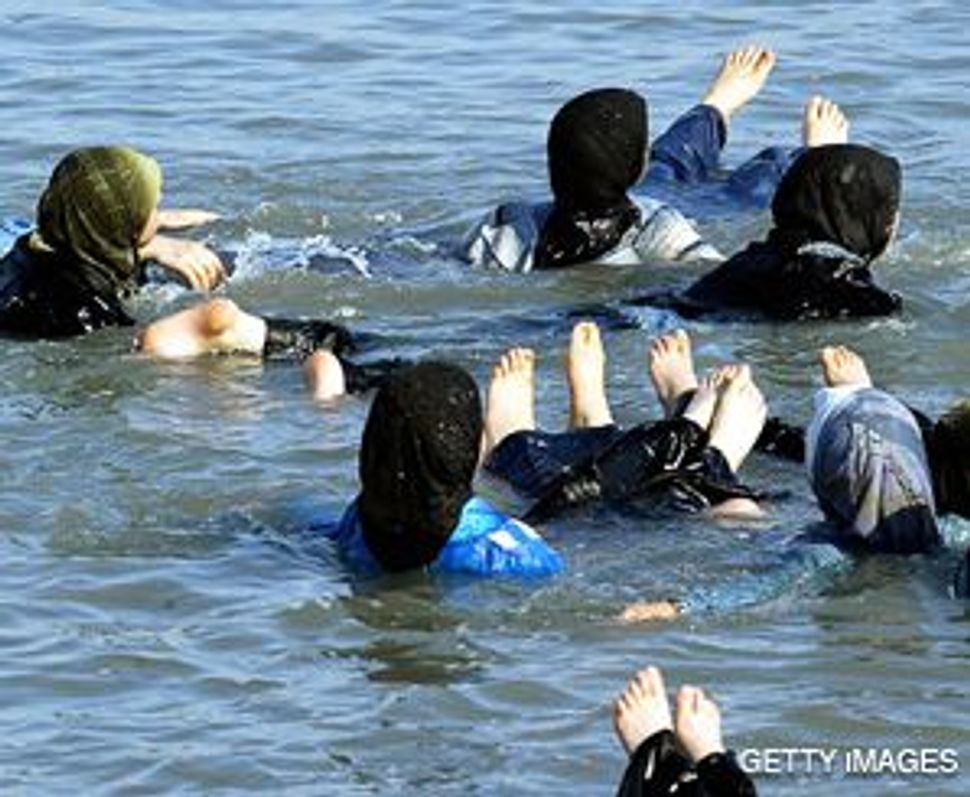 MAKING WAVES: A petition before the Israeli Supreme Court charges that Palestinians, such as these school girls from Hebron, are being blocked from the West Bank shores of the Dead Sea.

Washington – As peace talks between Israel and Syria picked up momentum this past week, both Jerusalem and Damascus signaled a willingness to consider policy changes that could quarantine the militant Lebanese group Hezbollah. 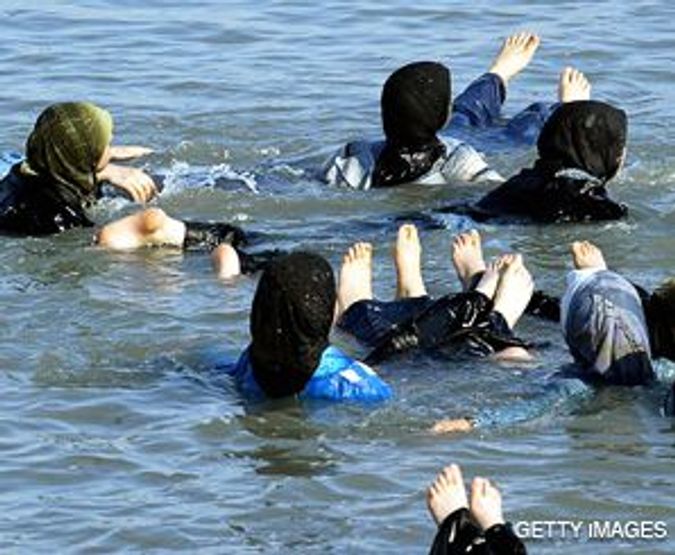 MAKING WAVES: A petition before the Israeli Supreme Court charges that Palestinians, such as these school girls from Hebron, are being blocked from the West Bank shores of the Dead Sea.

On June 18, Israel agreed to open discussions on the future of Shebaa Farms, a disputed piece of land on Israel’s northern border whose occupation Hezbollah has claimed as justification for its heavily armed presence in Lebanon. Syria, for its part, warned Hezbollah that unlike Iran, the Lebanese group’s patron, Damascus is not seeking the destruction of the Jewish state.

The Hezbollah-related moves came days after the latest round of Turkish-sponsored peace talks between Israeli and Syrian negotiators, and shortly following the French government’s invitation to Prime Minister Ehud Olmert and Syrian President Bashar al-Assad to a July 13 conference on Mediterranean cooperation. No official report was provided about the peace negotiations, but the recent developments are seen as a result of the talks.

“I have no doubt that Israel’s readiness to discuss Shebaa is a result of the ongoing negotiations with Syria,” said Alon Liel, a former Israeli Foreign Ministry official whose back-channel efforts last year paved the way for the ongoing Israeli-Syrian peace talks.

Syria has also signaled a readiness to discuss what until recently had been an off-limits subject: its ties to Iran. The Islamic Republic’s alleged nuclear ambitions and strong support for anti-Israel terrorist groups are considered by many in Jerusalem to be the greatest threat facing the country.

“Syria has reminded Hamas and Hezbollah that we are not like Iran,” Syria’s deputy foreign minister, Faysal Mekdad, told the Chicago Tribune. “Iran believes in the destruction of Israel, while Syria believes in negotiating with Israel.”

Both the Israeli and Syrian pronouncements appeared aimed at weakening a resurgent Hezbollah. The group scored a major domestic victory last month when the Lebanese government agreed to let the opposition group keep its arms in exchange for supporting the Lebanese government led by Prime Minister Fouad Siniora and the newly appointed president, army chief Michel Suleiman.

It was in the wake of the Lebanese power-sharing agreement, which was brokered by the Arab League, that Israel broached discussion about the future of Shebaa Farms. The farms are a roughly 10-square-mile piece of land located on the slopes of Har Dov, a mountain of strategic importance overlooking Israel’s border with Syria and Lebanon. In the early 1920s the area was part of the French mandate in Syria and Lebanon, but when the countries gained independence the border near the farms was not demarcated.

Israel occupied the farms after the Six Day War in 1967 and annexed it along with the Golan Heights in 1981. When Israel withdrew from southern Lebanon in 2000, the United Nations declared the land dispute to be between Israel and Syria, but Hezbollah has made Shebaa a Lebanese issue ever since.

“Shebaa is a pretext,” said Tamara Cofman Wittes, a senior fellow at the Brookings Institution’s Saban Center for Middle East Policy. “Solving the Shebaa problem will not have any dramatic implication on the power struggle within Lebanon.”

That concern, however, has not stopped efforts by the United States, France and Israel to bolster the Suleiman-Siniora government and thereby weaken Hezbollah. Perhaps surprisingly, Damascus has aided the cause by exerting its influence over not only the militia-cum-political party in Lebanon but also its counterpart in Gaza.

“Syria is bending over backward right now to be accommodating to Israel and France by pushing Hamas to compromise and by pushing the Lebanese opposition to moderate their demands,” said Joshua Landis, a Syria scholar at Oklahoma University. Syria and Israel are finding common ground on the issue of Hezbollah, Landis added, but while Israel would like Damascus to break altogether with the terrorist group, Syria believes it can encourage Hezbollah to focus on politics.

As has been the case for a number of recent developments in the region, the United States is perceived to be playing catch-up.

“Events on the ground have outpaced U.S. policy,” said Mona Yacoubian, a special adviser at the federally funded United States Institute of Peace in Washington. “That is why the administration is now engaged in an effort to try and shape these events in a way that will support U.S. interests in the region.”

Washington’s efforts included an unannounced June 16 visit to Beirut by Secretary of State Condoleezza Rice. There she became the first top American official in recent years to raise the issue of Shebaa Farms.

“The United States believes that the time has come to deal with the Shebaa Farms issue, and we believe that it should be dealt with in accordance with U.N. Security Council 1701 and other relevant resolutions,” Rice said in reference to the post 2006 war U.N. resolution intended to limit Hezbollah’s military activity and stop arms flow to the terror group. Rice added that she would ask the U.N. secretary general, Ban Ki-moon, to “lend his good offices to this effort.”

With reporting by Marc Perelman.

Thaw Between Syria and Israel Puts Hezbollah on Front Burner