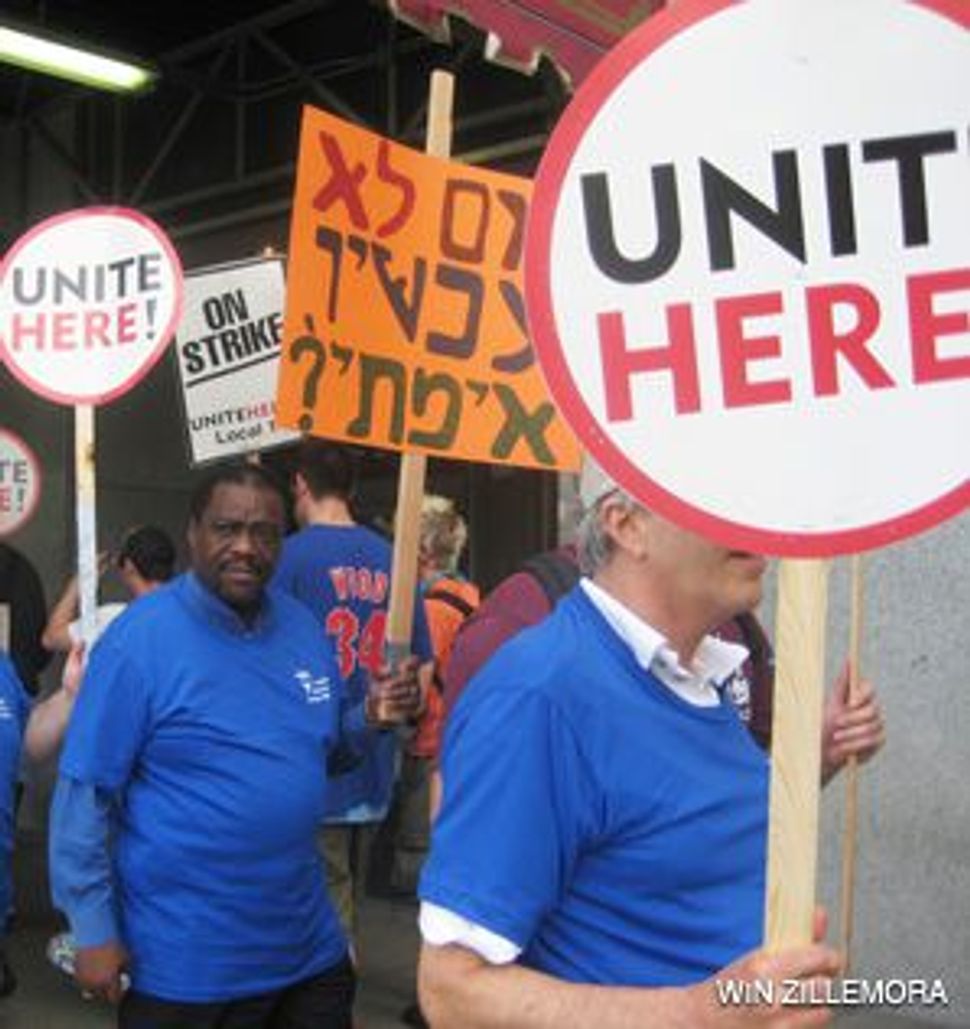 SAY WHAT?: A protest in Chicago included placards in Hebrew (above) and Yiddish.

At a protest marking five years since the outset of an ongoing strike at a major Chicago hotel, a crowd of some 1,100 striking workers and their allies got a surprise Yiddish lesson. 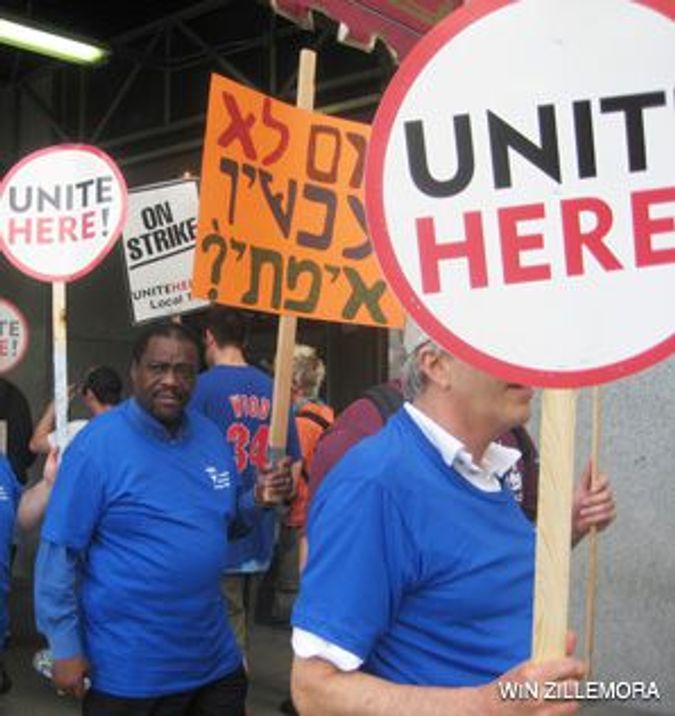 SAY WHAT?: A protest in Chicago included placards in Hebrew (above) and Yiddish.

Among the placards being brandished by protesters was one that read “What a shonde!” — Yiddish for “shame.”

The protesters had come to voice their dismay with the Congress Plaza Hotel, which is owned by garment manufacturer Albert Nasser, a member of an observant Syrian Jewish family. The hotel has been involved in a protractive dispute with the hospitality workers’ union.

Rachel Kohl Feingold, programming and ritual director of Chicago’s Modern Orthodox synagogue Anshe Sholom B’nai Israel, was one of the community leaders who spoke at the protest. “I got up there and explained what it means, why it’s an embarrassment not just to the Jewish community but to us as a city,” she said. “Then the whole crowd started yelling: ‘What a shonde! What a shonde!’”

The Jewish contingent at the June 13 protest was organized by the Jewish Council on Urban Affairs, a left-leaning Chicago-based advo-cacy group. But while the organization is made up largely of Jews from the more liberal denominations, leaders of Anshe Sholom appeared prominently at the protest, in part, they said, because the hotel’s owner and general manager are Orthodox Jews.

“When it’s someone in the Orthodox community, the Orthodox community has more of a responsibility,” said Rabbi Asher Lopatin, the congregation’s spiritual leader. “There’s a tendency to circle the wagon, an idea that we have to protect one another from the outside world. I think it’s very outdated.”

About two weeks prior to the protest, Lopatin, along with six other rabbis, signed a letter asking the hotel’s management for a meeting about the labor dispute.

According to Michael Deheeger, JCUA synagogue organizer, he and a colleague attempted to deliver the letter to the Congress Plaza’s executive offices and were surprised to immediately find themselves face to face with Shlomo Nahmias, the hotel’s general manager.

“As soon as I said that I was from the JCUA, he knew what we were there for,” Deheeger said. “He said that we should keep religion in the synagogue, and then he ripped the letter in half without reading it.”