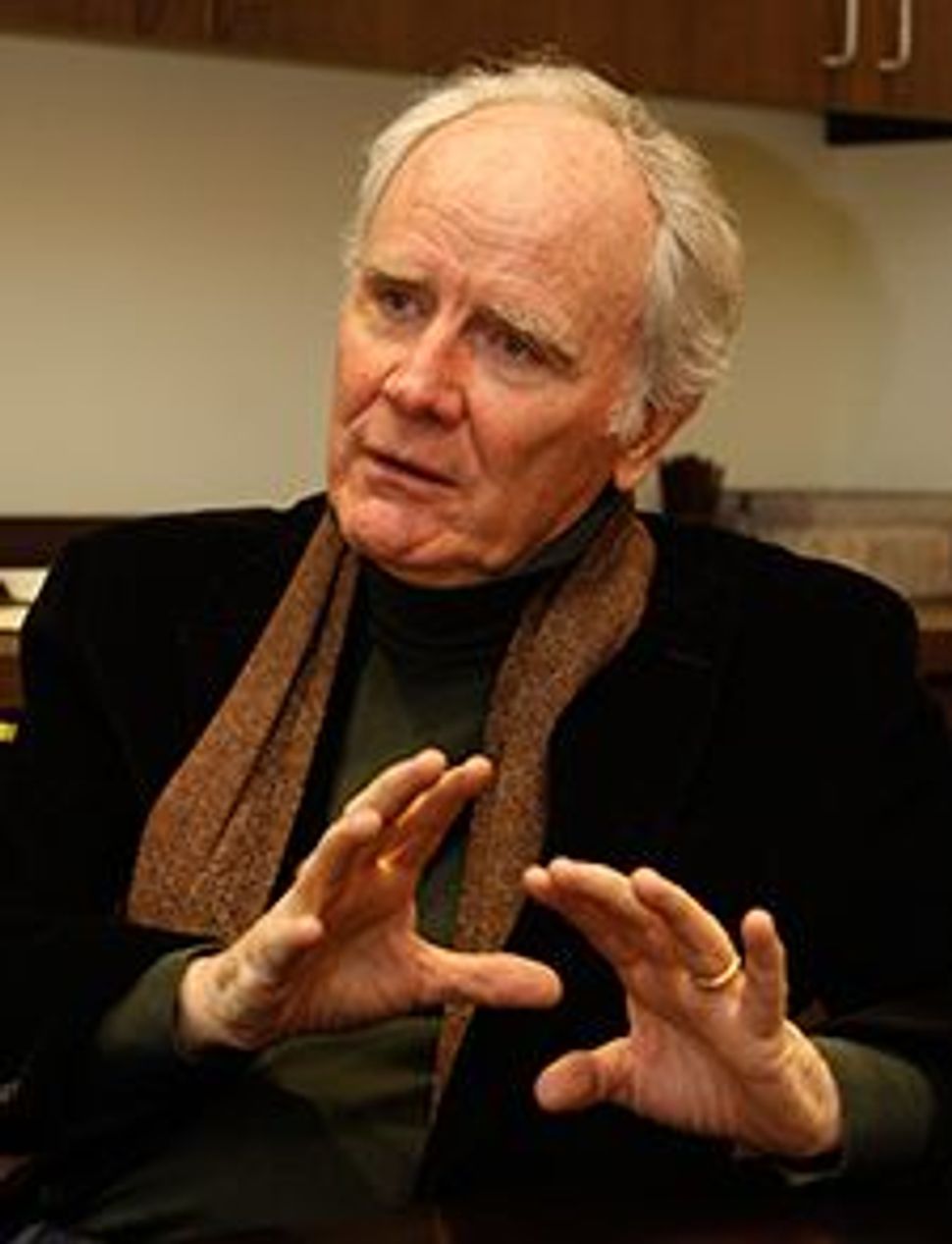 Revelation: Author James Carroll, a former priest, found in Jerusalem a symbol of both the church?s and humankind?s flawed nature. Image by shulamit seidler-feller

Jerusalem, a city that lives both in physical space and in the imagination, has always intrigued James Carroll. It is a place rooted in history, the foundation stone for the three monotheistic religions. But it is also an idea, an aspiration to perfection, the original city on the hill. 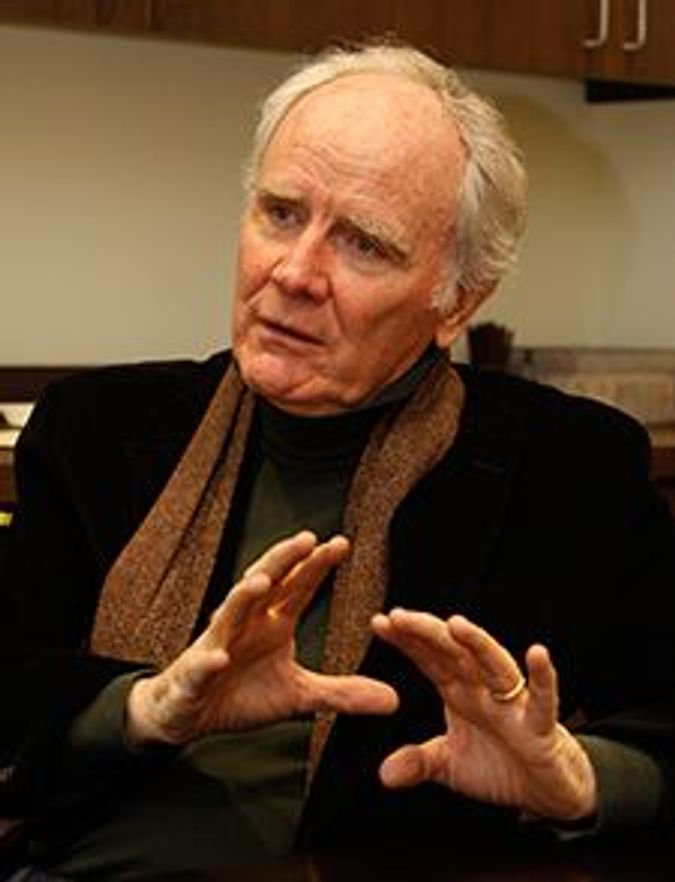 Revelation: Author James Carroll, a former priest, found in Jerusalem a symbol of both the church?s and humankind?s flawed nature. Image by shulamit seidler-feller

It is this central dichotomy that the National Book Award winning author chose as the theme for his unusual new book, “Jerusalem, Jerusalem,” a meditation on the city in which Carroll contemplates its power as a force coursing through Western history.

Carroll, 68, brought an uncommon personal background to his latest book project. A former priest, he left the clergy in 1974, after a crisis of conscience stemming from what he saw as the church’s passivity in the face of Vietnam and nuclear proliferation. He went on to become a playwright, a novelist and the author of a history, “Constantine’s Sword,” that critically examined the Catholic Church’s legacy of anti-Semitism.

In an interview with the Forward on March 21, Carroll explained that for him, Jerusalem is a crucible for all that is both peaceful and violent in Western religion. It’s the violence, actually, that is his central theme, and one that provides the impetus for his book.

“People would ask me, after all the terrible things I learned about the Catholic Church, why I would stay?” said Carroll, who, with ruddy cheeks and bushy white eyebrows, looks like a kindly Irish priest despite having long abandoned the cloth. The church itself, he came to realize, was simply a reflection of humanity’s potential for both good and evil, the same paradoxical quality he also saw in the holy city. “This is who we human beings are. This is what we are capable of, and there is no flight from it. Jerusalem embodies that for me.”

The new book zeros in on the one element that Carroll thinks has been lost in our understanding of how Judaism and Christianity were born. They each emerged out of war, out of violence, and were in many ways a reaction to this fundamental depravity in human nature against which Carroll believes religion was invented to struggle.

It was in the violence of the Babylonian captivity (“an ancient version of ethnic cleansing,” Carroll called it), when the Hebrews were exiled, that the they recognized how different they and their god were from the idol worshippers around them. At the center of this new identity was the desire to return to Jerusalem, to Zion. Carroll also sees the Torah and Judaism itself as being established in exile as a response to this violence.

“Out of the captivity comes a new notion of who God is,” he said. “God is one. It isn’t that we only worship one God, it is that there is only one God. All of us, all of us creatures, especially human beings, are children of the one God. It’s a principle of peace. Here are a people who have just been kidnapped, ethnically cleansed, and they are building a theology that sees even their captors as part of the same oneness with God.”

The next violent cataclysm in Carroll’s reading is the destruction of the Second Temple, in 70 C.E., by the Romans. Christianity was born of this war, as was the great split between Christianity and Judaism that would define the next two millennia.

From 68 C.E. to 70 C.E., according to the historian Josephus, from 700,000 to 1 million Jews were killed in the Roman war that ended with the second exile. This incredible upheaval has been lost as context, Carroll believes, but it is critical for understanding both Christianity and rabbinical Judaism.

“The destruction of Jerusalem throws Jews into a huge religious crisis,” Carroll said. “What is it to be a Jew without the Temple? One group answers, now more than ever, study of the Torah and observance of the law. And the other group answers, Jesus is the new temple. This set in motion first the rivalry between the two surviving groups, a fight over who is the heir to the true Israel, and then, especially once Christians come into state power, the dominance, the oppression, the anti-Judaism which morphs into anti-Semitism.”

This resonates for Carroll personally. For him, Jerusalem has always had this power, acting simultaneously as poison and antidote.

In 1973, in the summer before the Yom Kippur War, Carroll, at a moment when his priesthood was in crisis, went to the city to search for some solidity, some grounding. He found, however, Jerusalem itself to be “the cockpit of conflict.” Various Christian denominations were warring with each other. The Church of the Holy Sepulcher left him uninspired. But then a Dominican monk took him to see an excavation taking place in the basement of a private house. Carroll found a stone slab there that was part of the threshold of the city’s gate at the time of Herod, the time when Jesus walked the city.

What moved him was not only that this was stone on which Jesus had walked (he knelt down to kiss it), but also that it was a remnant of the Roman destruction. It returned him to that context for Christianity, both the fact of Jesus’ Jewishness and the war in which he was a casualty.

Carroll has gone back to Jerusalem every year for the past decade and a half to participate in a weeklong interfaith seminar at the Shalom Hartman Institute that brings together Christians, Jews and Muslims to study each other’s texts. This yearly experience of religious harmony where even the contentious attitudes are ironed out has colored his feeling for the contemporary Jerusalem. It’s given him what some might call an idiosyncratic understanding of the connectedness of the religions.

“If Jesus were in Jerusalem today, it wouldn’t be as one of the monks, which is hard for Christians to imagine,” Carroll said. “He’s still the prince of peace, so I’m not sure how to say this. But it’s possible he would be in the Israel Defense Forces. He would certainly be a member of the Jewish people.”