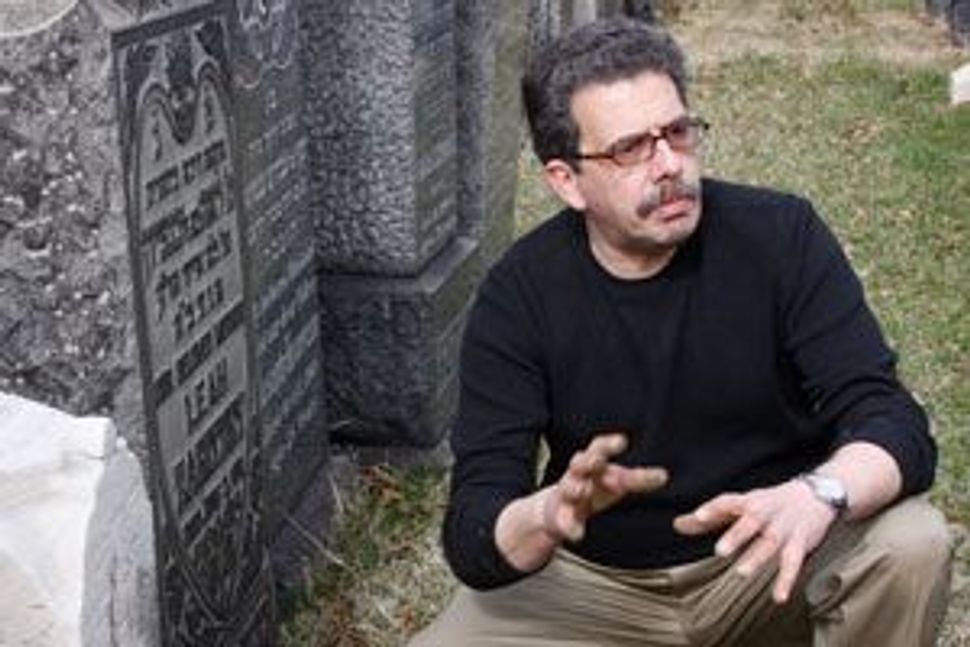 Grave Keeper: HBO researcher, Michael Hirsch, spruces up the graves of Christian and Jewish victims of the Triangle fire. Image by Shulamit Seidler-Feller 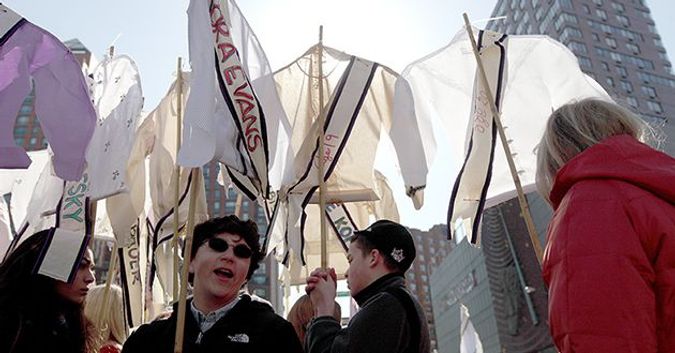 A few years ago, I set out to see if I could learn who these people were in an effort to finally identify all who had perished on that awful day, March 25, a century ago. Incredibly, this had never been accomplished before. The newspapers of 1911 hadn’t done it, nor had the city of New York. The few lists that existed were riddled with errors, misspellings and phantoms.

At the time, I figured this might take a few weeks or perhaps even a few months, and I wonder now if I would have begun the journey had I realized that the task would take longer than four years. It required an extensive search of records, newspapers and archives all over the city, and ultimately would lead me to the graves of all those who died. Locating these burial sites would turn out to be the most difficult and emotional work of the entire project, especially those of the Jewish victims whose burial societies had long been closed, leaving behind ancient headstones that had deteriorated into abysmal conditions. 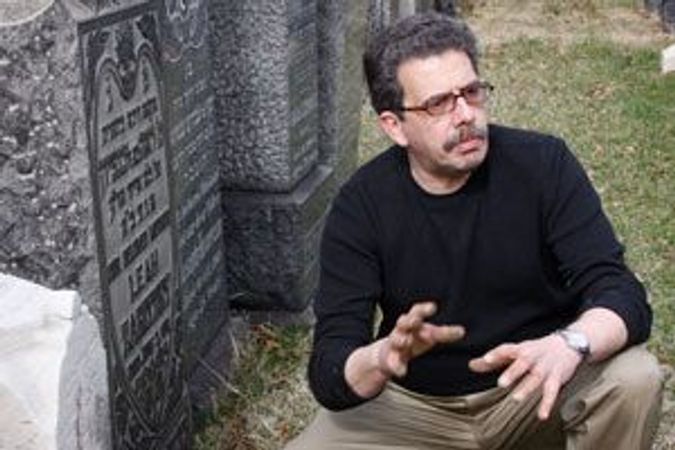 Grave Keeper: HBO researcher, Michael Hirsch, spruces up the graves of Christian and Jewish victims of the Triangle fire. Image by Shulamit Seidler-Feller

Slowly, over weeks and months that led to years, I scoured badly overgrown and untended burial grounds, seeking headstones that often turned out to be entombed under decades of old growth or lying in shattered, barely legible pieces on the ground. With each person I discovered there came an inevitable feeling of exhilaration, followed soon thereafter by an overwhelming sense of sadness with the realization that these martyrs of the labor movement had not only been forgotten by their fellow countrymen who owed them so much, but also by their families as well. Many of these gravesites had not been visited by anyone in over half a century, if ever at all.

Somehow, I found myself making a promise to these complete strangers that I would not forget them. That, now that they were found, I would act as a kind of place holder for their family until the day came when their real kin returned. So for the past three years I have visited the Jews before the High Holy Days and the Christians before Christmas, and before the yearly fire anniversary I have visited them all.

I suppose it must sound a bit crazy to do something like this, but as I came to know their stories and, in some cases their families, I began to feel a special responsibility to them, a responsibility that comes from the knowledge that I was probably the only person on earth who knew where they were and who cared about that. Over time what began as a commitment to visitation and remembrance grew into mega mitzvah of preservation and restoration as well.

It seemed so very wrong to me that their resting places were such a mess, I just felt the need to act. Somewhat spontaneously three summers ago, I could no longer stand by looking at 25-year-old Bessie Dashefsky’s badly overgrown gravesite. So, with a pair of clippers in hand I started cutting until finally, three hours later, Bessie’s grave, along with those of three others buried next to her, were free of thickets and vines. Her stone is still a broken ruin, but at least now her family can find her, pray for her and leave a stone atop what’s left of her memorial.

Over time I have been able to restore the graves of Anna Altman at United Hebrew Cemetery; those of sisters Rose and Sarah Brenman and that of Beckie Neubauer at Baron Hirsch Cemetery, and to purchase a new headstone for Jacob Bernstein at Mount Richmond Cemetery. Recently this mitzvah of mine expanded again into an effort to convince local synagogues, churches, schools and community groups to adopt a Triangle victim’s gravesite. More than 80 of their resting places are in serious need of repair and restoration, including 15 that never received a headstone at all.

Not long ago, I told my friend Leigh Benin, who is a cousin of Triangle victim Rosie Oringer, that through all of this I have come to feel a little bit that I, too, have become a kind of distant cousin to Rosie and the others. He said to me, “You know, one definition of family [is] the people who know your story.”

Michael Hirsch is a researcher and co-producer of the HBO documentary film, “Triangle: Remembering the Fire,” who recently identified the last six victims of the 1911 disaster.