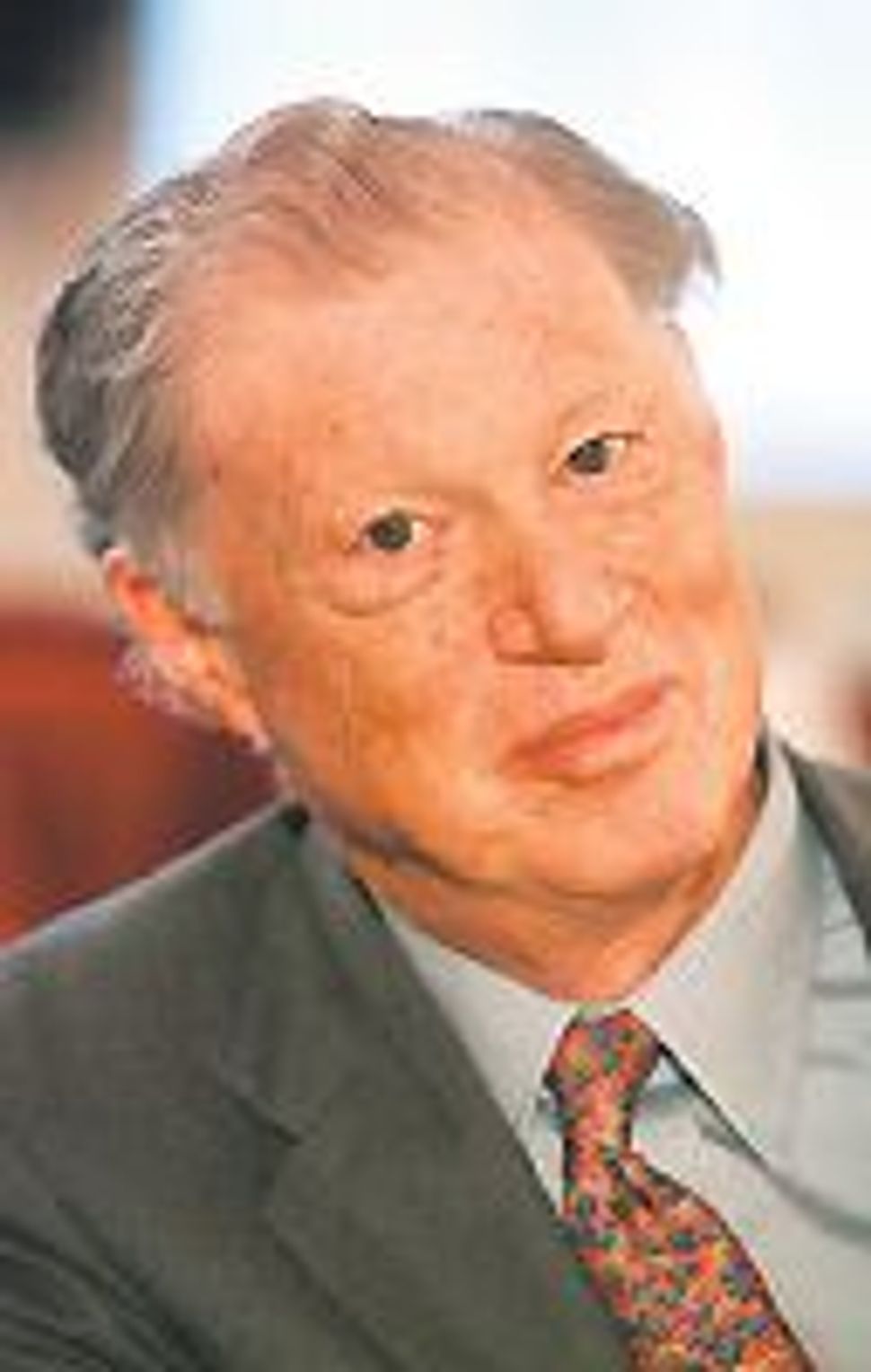 When Robert Bernstein, founder of Human Rights Watch, publicly split last year from the groundbreaking organization he birthed in the late 1970s, most people assumed this was the last they would hear from the 88-year-old publisher-turned-activist. But Bernstein was not finished. It appears that The New York Times op-ed in which he charged HRW with disproportionate criticism of Israel was just his opening salvo. 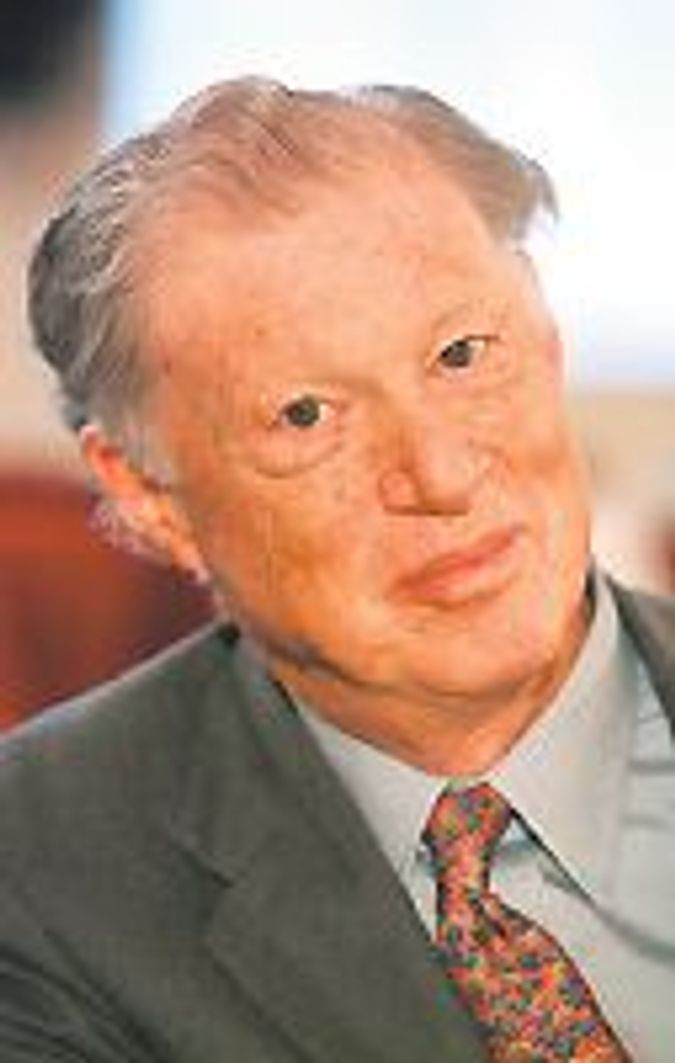 In late February, Bernstein launched Advancing Human Rights, a new organization meant to act as a corrective, one that hopes to return human rights to what Bernstein thinks are its forgotten fundamental principles. Among its board members are Yelena Bonner, the Soviet dissident and wife of Andrei Sakharov, and Irwin Cotler, the former Canadian minister of justice.

Natan Sharansky, the onetime jailed refusenik and human rights activist who is now chairman of the Jewish Agency for Israel, is an old friend of Bernstein’s. When Bernstein was head of Random House, he published Sharansky’s memoir, “Fear No Evil.” And the two share the assessment that human rights organizations have gone astray.

“It’s not every day when someone at the age of 88 realizes that the child he brought up has betrayed him, and decides to raise a new child,” Sharansky said.

The stated mandate of the new group is broader than Bernstein’s initial complaint, though it stems from it. AHR will be focused on the struggles of dissidents in closed, autocratic societies, like those in the Middle East and China. Bernstein wants the group to more closely promote those rights enshrined in the 1948 Universal Declaration of Human Rights — specifically women’s rights and free speech — as opposed to the Geneva Convention and the other laws of warfare, which he thinks should be outside the purview of a human rights organization.

But underneath this new mandate, the clear motivating factor for Bernstein’s new initiative is his concern for Israel. It rises to the surface as soon as he is asked about the point of starting yet another human rights organization: Israel, as a democratic, open society, should not be under constant investigation by human rights groups, he said. The country and the way it wages war need to be better explained and defended.

“This is not what I want to be doing in my life now,” Bernstein said about starting the new organization. “I really don’t want to be doing it. But human rights groups are creating an anti-Israel feeling through their work, and it’s not right. If you really want to focus on the abuse of Arabs in the Middle East, it’s much, much worse inside Arab countries than anything Israel is doing.”

The bigger goals have been left to AHR’s young executive director, David Keyes, to articulate. A self-proclaimed “unapologetic Sharansky-ite,” Keyes, 27, is the founder of an organization called CyberDissidents.org, which he set up last year in order to support pro-democracy bloggers in the Middle East. He also served in the Israeli army from 2007 to 2008 and was first recruited by Sharansky while he was living in Jerusalem.

“We think that there has been a profound moral failure in the human rights community that has manifested itself in a number of ways,” Keyes said. “First and foremost is the inability to distinguish between open and closed societies. The idea that open societies need the focus of international human rights organizations more than countries without a free press, without a judiciary, without free and fair elections, is outrageous.”

The argument also extends to the degree of scrutiny these organizations apply to the armies of democratic countries. Bernstein and Keyes think that human rights groups such as Amnesty International and HRW simply don’t understand all the complexities of war — particularly asymmetric warfare. They want to place the problem of civilian deaths by democratic armies, like, for example, those of Israel and America, in a greater context and correct what they see as a “moral relativism” in the work of organizations that equate these deaths with the deliberate targeting of civilians by terrorist groups.

So far, Keyes explained, there are no plans to carry out any independent reporting as the large human rights groups do. The new organization, which has managed so far to raise $1 million from a group of philanthropists (whose names Bernstein does not want to disclose yet), will be producing a series of papers it is calling “Straight Talk on Human Rights.” These will provide corrective information and will pay attention to issues the group cares about, like hate speech in the Arab world and incitement to genocide.

HRW, the target of Bernstein’s anger, has not responded formally to the creation of the new organization. But Iain Levine, the group’s program director, said that he was aware of Bernstein’s initiative.

“It’s disappointing that Bob has used the opportunity of the creation of his own NGO to talk about Human Rights Watch and why he disagrees with us,” Levine said. “One would have hoped that he would have talked about what he wants to achieve and why it’s important.”

“We don’t sit down and say we are going to work on x open societies and x closed societies,” Levine said. “We begin with the human rights abuse and what we think needs to get done about it.”

Levine also added that Bernstein’s own record from when he was chair of HRW’s board would seem to undermine some of the criticism he has been making. According to Levine, in 1998, Bernstein’s last year as chair, the group was reporting on 30 closed societies and 50 open or partly open societies. And the question of whether such organizations should be concerned with the laws of war was also one that Bernstein seemed to answer differently when he was part of HRW.

“Under Bob’s leadership as chair of the board, we were one of the pioneers of bringing human rights methodology to documenting violations of the laws of war, including the wars in the 1980s in Central America” Levine said. “He led the organization at a time when it was doing really path-breaking work on developing research methodologies into documenting exactly these types of violations.”

Asked about this contradiction, Bernstein said that he was busy running Random House at the time of his chairmanship, and only later was surprised to see the extent to which HRW was busy looking into open societies. He also emphasized that even now, except for the Middle East, he thinks the group still has merit.

“It’s really a cancer in what I think is otherwise a good organization,” Bernstein said.