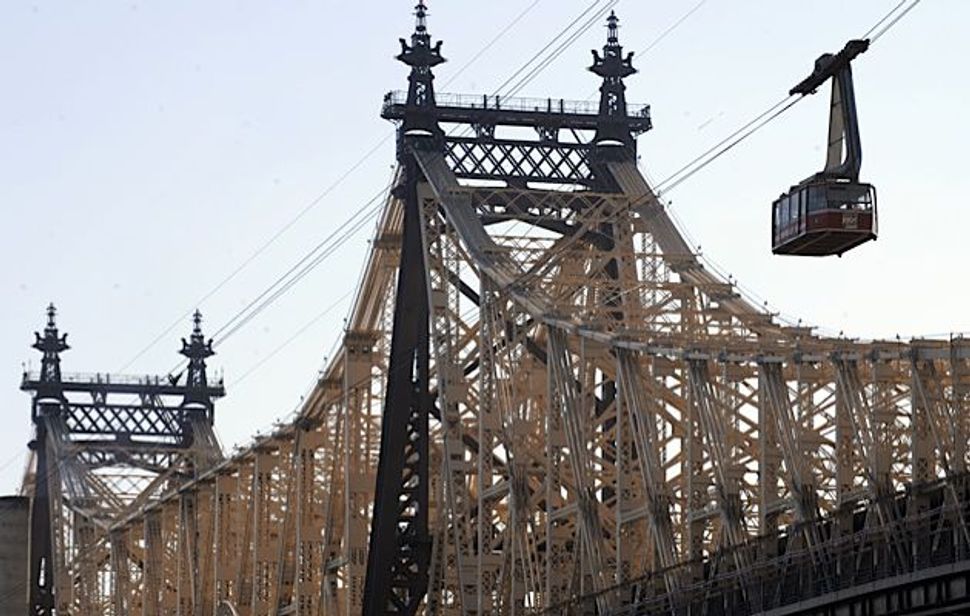 NEWS ITEM: New York City’s Queensboro Bridge has been renamed the Ed Koch Queensboro Bridge, in honor of the former mayor. The renaming was accomplished despite fierce opposition from some politicians.

His enemies’ ire has risen a notch,
They’re angered the bridge has been named for Ed Koch.
“So how am I doin’?” he answers, robust,
His friends are delighted, his foes are non-plussed.

The latter recoil at the sight of his name,
Now being installed on the old bridge’s frame.
No epithets faze him or weaken his will,
He acts as if he were New York’s mayor still.

Although his detractors most surely won’t quit,
They’ll still cross that bridge when they’re coming to it.
(Will traffic be altered by this change of name?
Will dangerous potholes persist all the same?)
Opponents of Koch, now depressed, in defeat,
Are burning their bridges, in total retreat.

Connection ’twixt boroughs (Manhattan and Queens)
We trust will not change and disrupt our routines.
But if this should happen (perhaps and mayhap),
Advance plans are requisite, to bridge that gap.

If Ed’s foes persist with uncouth verbiage,
They’re certain to dub him “that son-of-a-bridge.”